I had the intention to activate SOTA this morning, but my QTH, Pamplona, woke up like this: 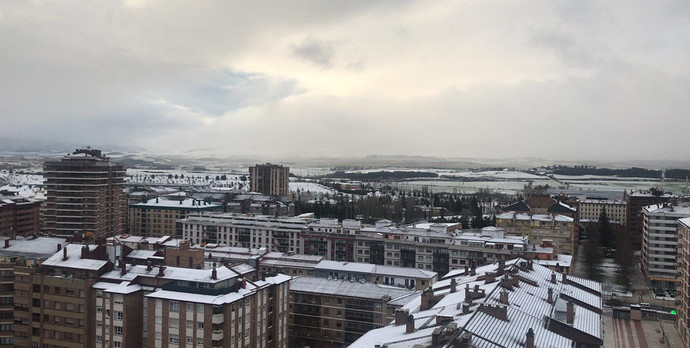 So I lingered at home until I had a clearer picture of the roads situation.
I finally left home by about noon and headed to an easy one pointer where there would not be much snow on the access road and the temperatures would not be too low.
The temperature during my activation was around 2º C with the cold wind from the North being the biggest problem.

Once at the summit, I attached my telescopic fishing rod like this: 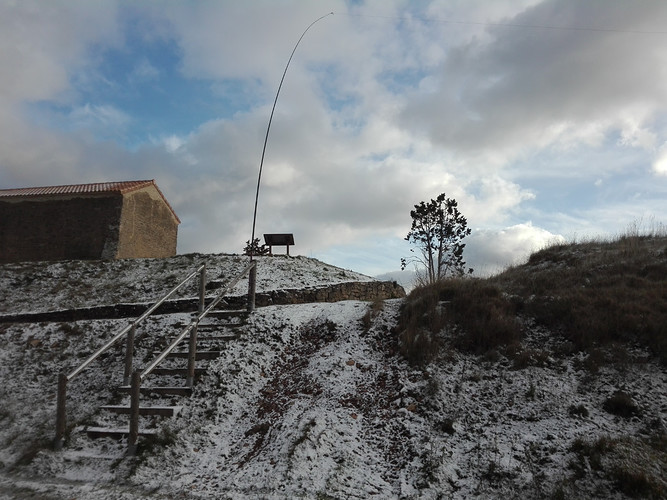 From its top end, I had a sloper 14m long wire to a 9:1 unun with a counterpoise wire, all connected to my MFJ-941B antenna tunner and my FT-817ND rig in a “shack” like this: 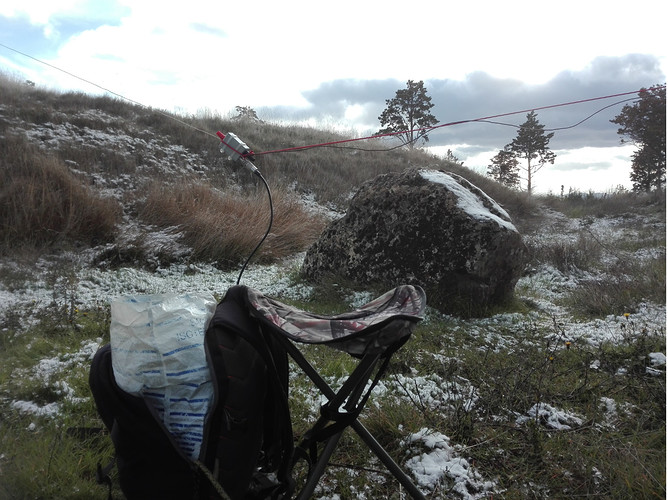 This was my view from the operating position: 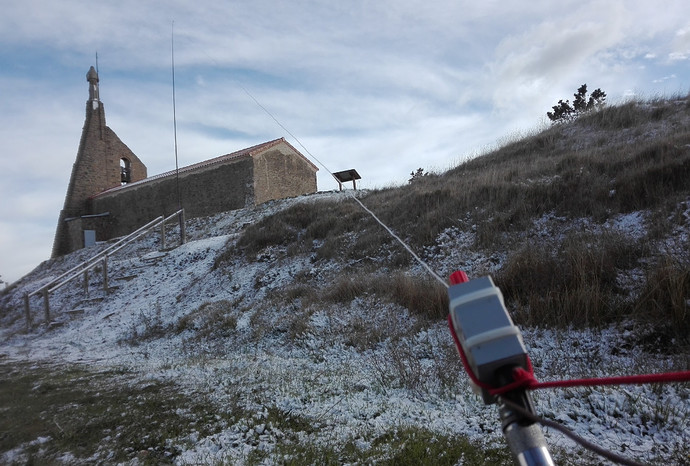 These are some views from the summit: 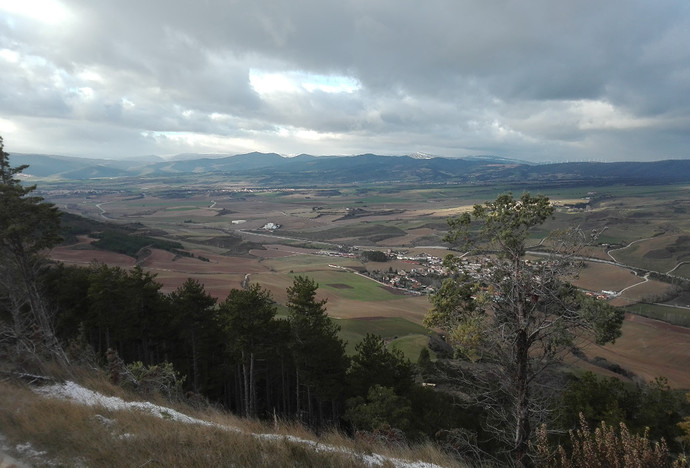 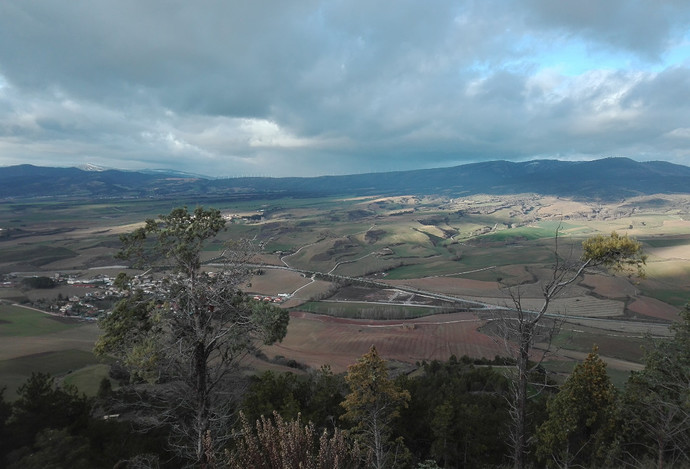 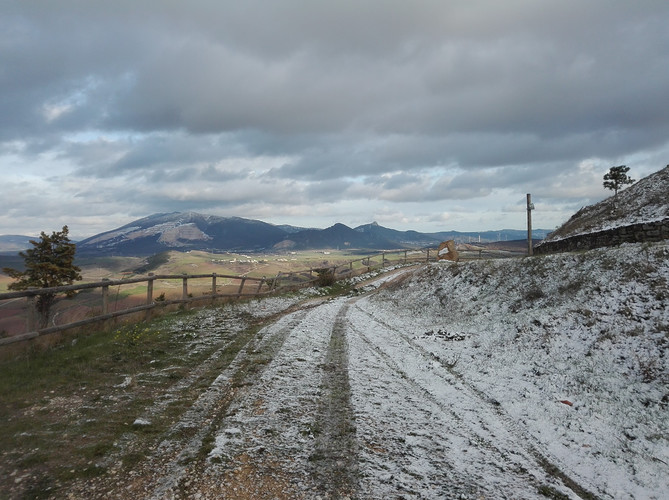 Thanks dear chasers for your calls and QSOs. Despite the cold weather, it was really nice sending 73 and wishing a happy new year to you all.
I’ll be looking forward to copying you all again soon from a summit.

Thanks for the report, the nice pics and the S2S today, Guru!
It seems I was slightly too fast with my PM

Dear Roman,
Thank you very much for the S2S QSO and the pictures of your activation you sent me through PM.
73 & HNY, 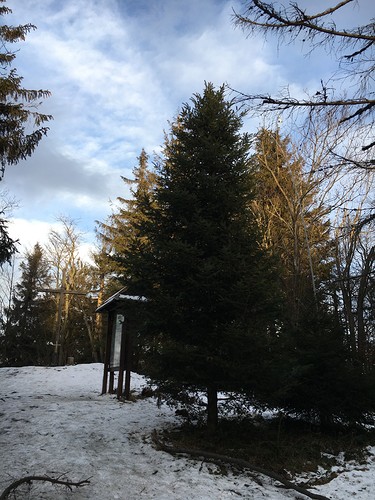 Thank you, very much, Jarek, for being my 1st S2S of the year!
Your signal was coming up and down with the QSB to almost disappearing and I guess my signals were about the same at your side. You had good ears and picked up my S2S pretty quickly.
73 & HNY,

Hi Guru,
Thank you again.
Yes, it was not loud and clear but we both managed.
HNY !
73, Jarek

Well you learn something new every day Guru ie. I didn’t know you got snow in spain.
Stay safe mate. Best 73

didn’t know you got snow in spain

Hi Allen,
Yes, we do receive snow in vast areas of Spain during winter time. The most widely known image of Spain is that of the warm and sunny beaches in the Mediterranean coast, the Balearic and the Canary Islands, but inland Spain, either the mainland at the Iberian peninsula or the mentionned isles are very mountaineous areas, with summits as high as the 3715m a.s.l. of Mt. Teide (EA8/TF-001) in the Canary Isle of Tenerife, the 3479m a.s.l. of Mt. Mulhacén (EA7/GR-001) in the Southern Spanish province of Granada and the 3403m a.s.l. of Mt. Aneto (EA2/HU-001) in the Pyrenees. Vast areas of mainland Spain are higher than 1000m a.s.l.
So, in addition to so many beautiful beaches and vacation resorts along hundreds of Km of coast in Spain, the several beautiful mountains we have, with or without snow are another good reason to come and enjoy our great country 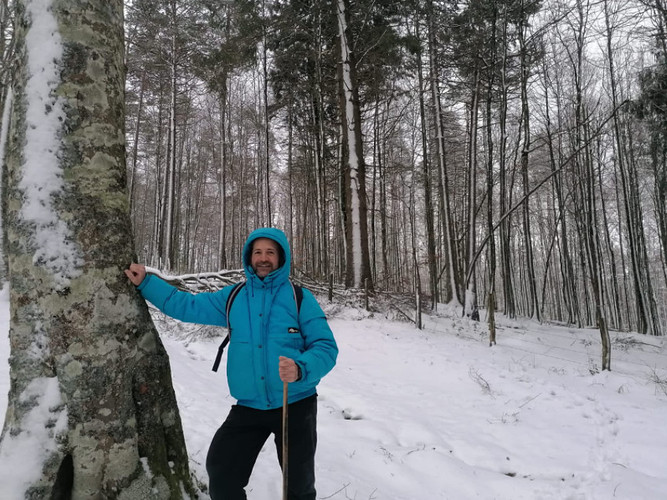 Nice one Guru, Hey you look well there mate.

My first ever visit to EA8, from a Highland village notorious for its snowfall and snowgates, I was horrified to find the snow gates closed on the approach to Teide!! Snowdrifts by the restaurant up there were on a par with those at home

Glad to finally chase you from NY. Maybe one day we will s2s. Was your sloper aimed toward USA? Happy New Year and 73!
Mike, WB2FUV

Yes, Mike, it was a very nice surprise for me to hear your callsign calling me for a change.
My sloper was aiming to North-America.
I hope to QSO with you again soon.
73 & HNY,

Hi Allen @2E0AGB ,
This is right now in Pamplona: 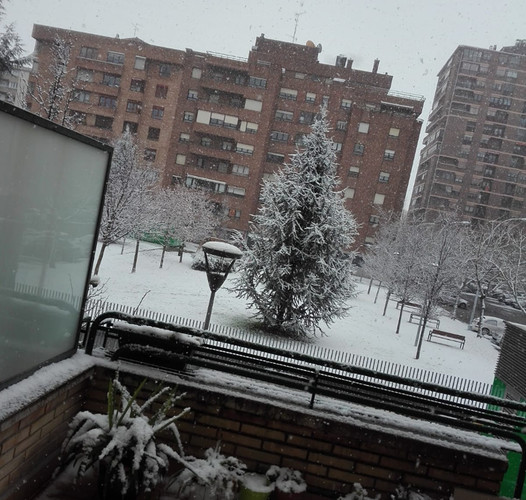 This was this morning in central Spain, South of Madrid: 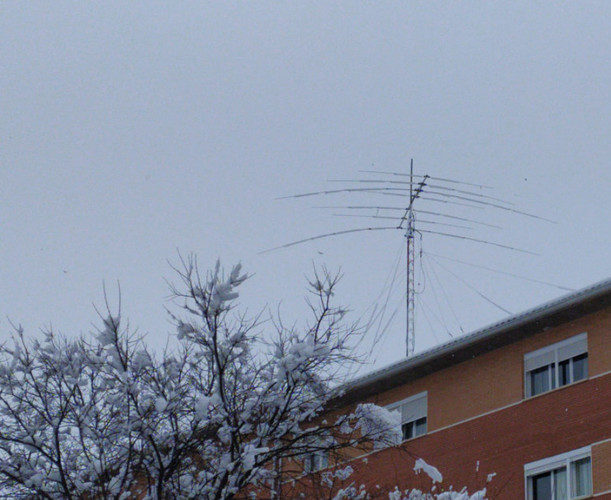 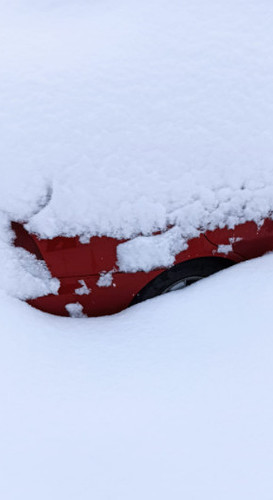 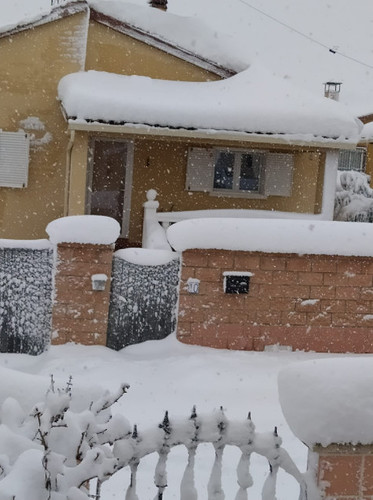 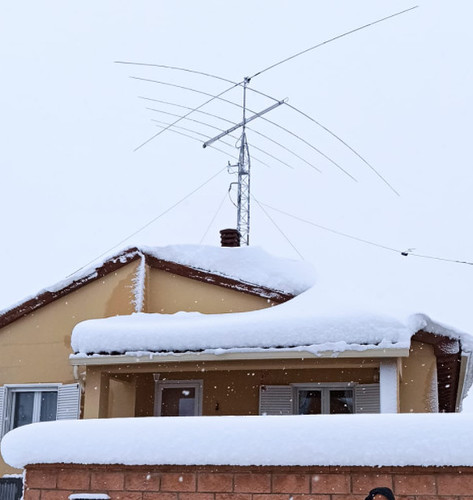 Only chasing SOTA today, in solidarity with those under strict lockdowns.