This was my 3rd SOTA outing and my first time going up Mt Richards.

Took me about 85 minutes to reach the 350 metre summit. I followed a route from a local map which was quite steep in some areas and I think may not have been the fastest way up. On the way down I took the mainline road and it was much faster and probably would have been an easier hike up. Will do that next time. The weather was great, sunny and a little overcast however once I got to the summit it started to lightly hail but it didn’t last long.

Setup was quite easy. I brought my Goture 7m rod/mast. This is the first time using it in the “wild”. I had an end fed I put on the end and raised it up, leaned it against a tree and secured with a couple of bungee cords. Probably took 5-10 minutes.

Got on the air on 20 metres and spotted myself shortly after and got contacts almost right away. Thanks to all who chased! Only took about 2 minutes to get the 4 contacts needed. I also made my first contact with Japan which I’m really happy about! I stayed on for about 25 min or so and after not hearing any replies after a few minutes decided to stop.

Tuned around and heard a POTA activation so figured I’d hunt that down while I was there and got through.

14 contacts in all. Packed up my gear and almost immediately it started to hail again so timing was good.

Great fun. Thanks to all the chasers. Will hopefully get out to a new summit later this week. 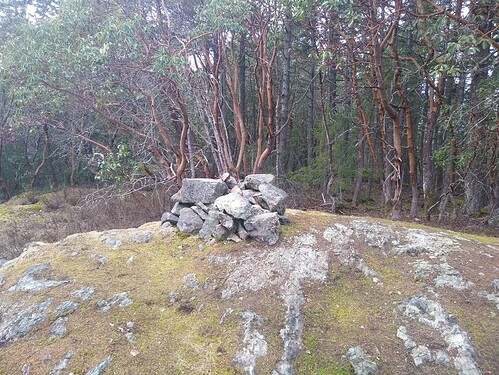 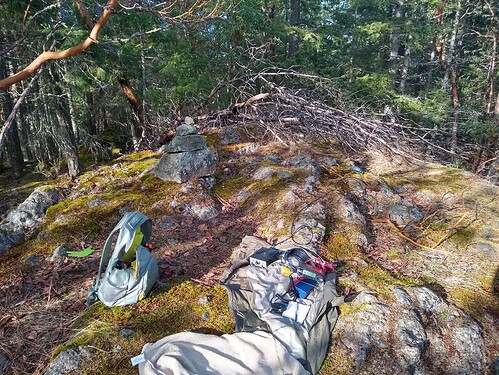 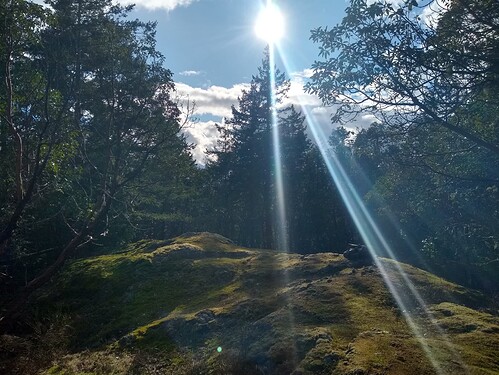