For a couple of days in the Easter holidays, I planned to go with my family to the nice French town of Saint Jean Pied de Port, in the French Basque Country region of Garazi.
The ancient Kingdom of Navarra, formerly Kingdom of Pamplona, existed for a bit longer than 1000 years, from the year 824 to the 1841. All the area of Saint Jean Pied de Port was part of the Kingdom of Navarra before the Southern Pyrenees side of its territory being conquered by Fernando the Catholic, King of Castilla in 1512 and the Northern Pyrenees side of its territory being finally laid off by the king Carlos I of Castilla in 1530 as the only independent part of the Navarra kingdom due to the difficulties he had in its control and finally becoming a full right part of the French territory in 1789.
See this map of the kingdom of Navarra at about the year 1150 where the visited area can be seen circled in red: 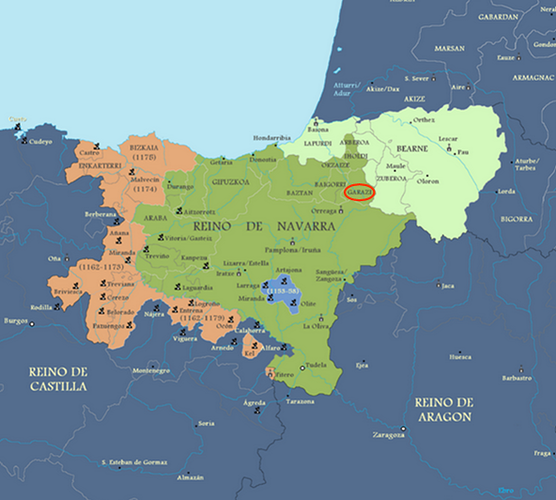 Saint Jean pied de Port is very close to the current French-Spanish border and it’s the town where the pilgrims start the so called French way (camino francés) to Santiago de Compostela.

I highly recommend you to visit this beautiful town with nice friendly people and a good number of nice SOTA summits in its surrounding area: 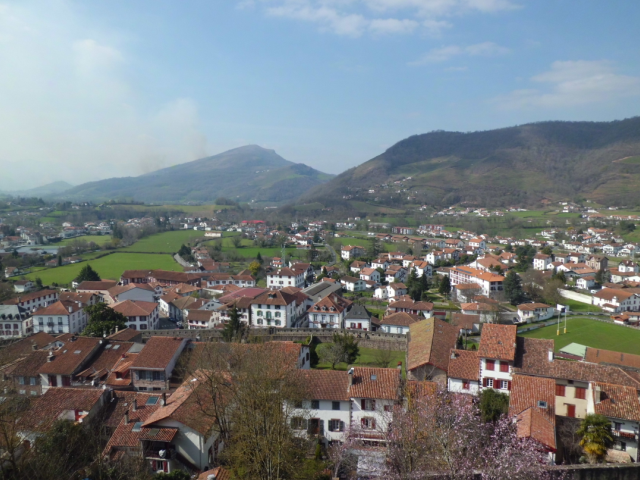 We hired a house in a nearby nice little town of Aincille. 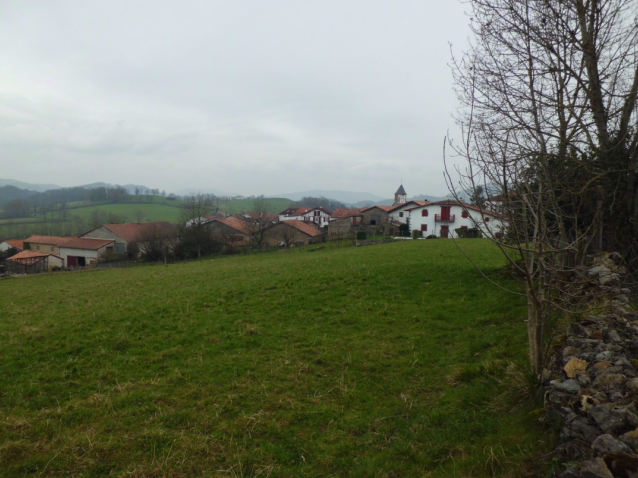 I quicly found some SOTAs in the area and André F5UKL kindly sent me an e-mail with some GPS way points for 3 of the nearby summits. Merci, André.

In the evening of thursday the 24th, I finally got all the planets well aligned for an early activation on Friday morning, so I raised an alert in SOTAwatch and got up at 5h30 utc to head for Mt. Gatharre.

The series of way points André @F5UKL sent me almost started in front of the house where we were staying in, so I didn’t even take the car and started the hike from the very house property door: 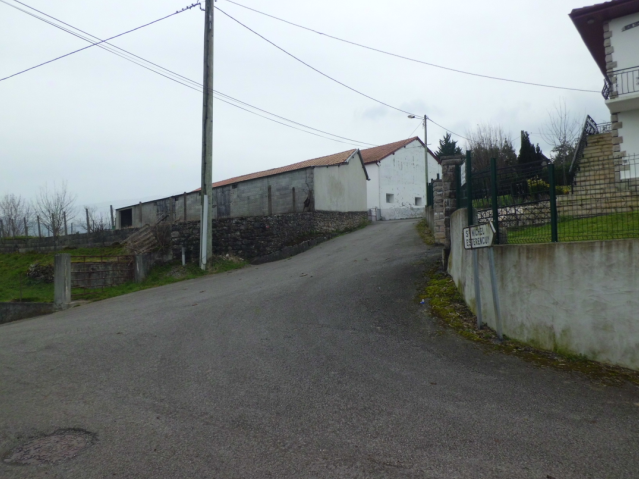 This is a picture of the target Mt. Gatharre taken today with a sunnier WX. 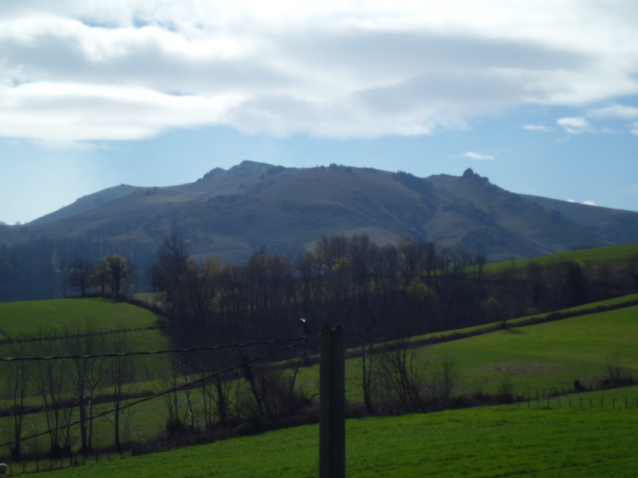 The ascent took me about an hour and a half and not little work for the single point this mountain worths. These are some pictures I took during the ascent: 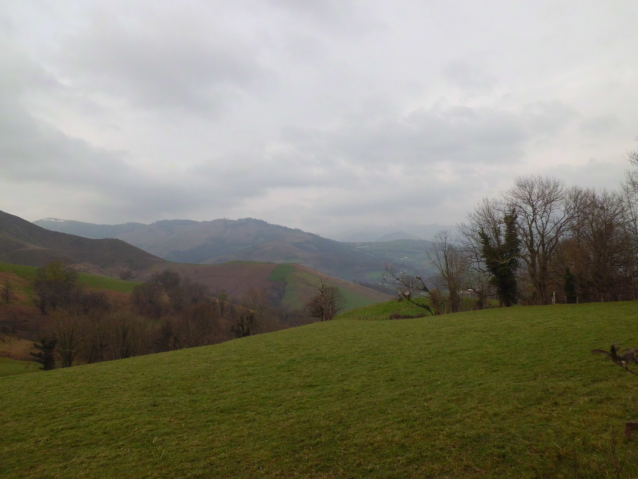 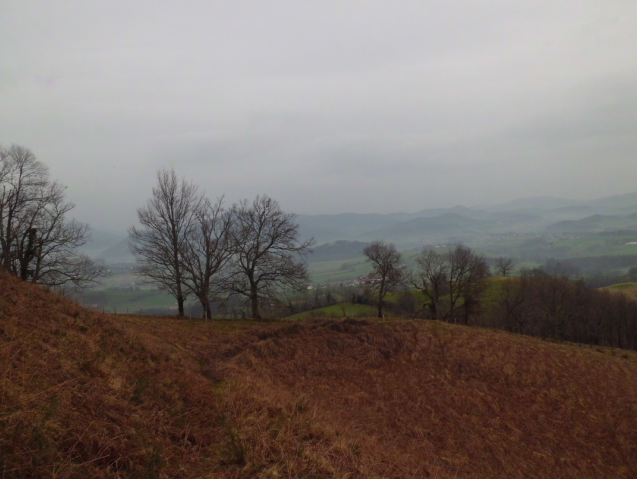 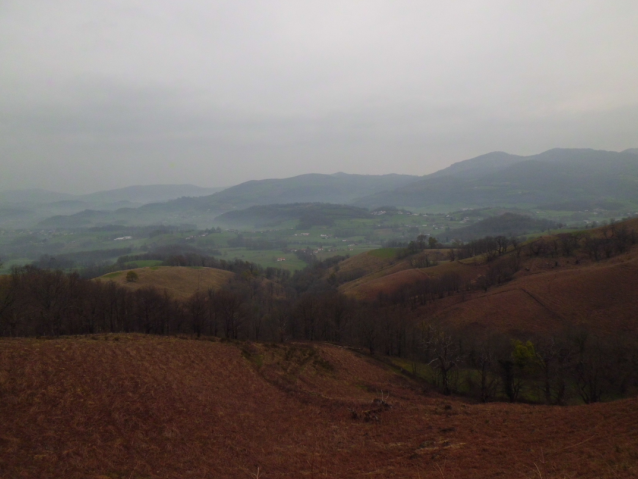 As soon as I got to the summit and the station set up got finished I felt a few little drops of water falling on me. I started CQing on 10.117 a few minutes earlier than the alert announced start time and after 4 or 5 unresponded CQ calls, I decided to send SMS for a selfspot. The first attemp didn’t work and I quickly realized that I still had my smartphone in flight mode, as I use to set it at nights. After getting it back to normal mode and resending my SMS for selfspot, I kept CQing. The pile-up built up quickly and I started working chasers while the little rain kept pouring.
I managed to work all these stations before going QRT due to the rain becoming stronger. 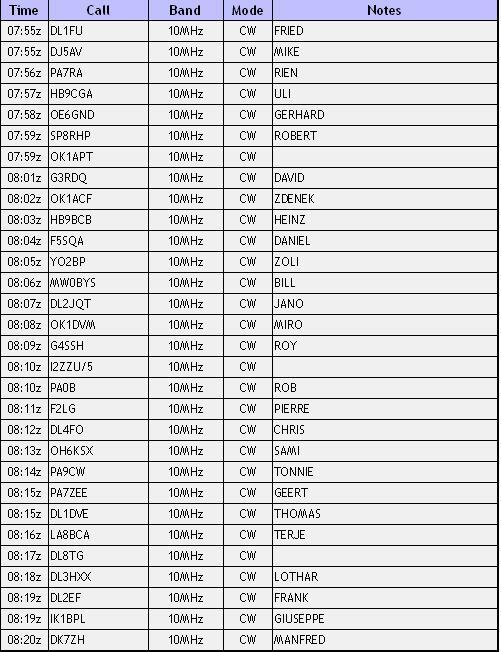 With 30 QSOs in the log and my activation well qualified by that time, since I didn’t want to get too wet, I decided not to work 20m SSB and pack everything up quickly to carry out a very quick descent.
When I got to the road, I found a local hunter manoeuvering his 4x4 vehicle to head it downwards in the same direction I was currently descending so I asked him and he accepted to give me a ride down the road to the house where we were staying in.

These are a couple of pictures I took from my operating position looking to Spain, as the wind was blowing from the North. 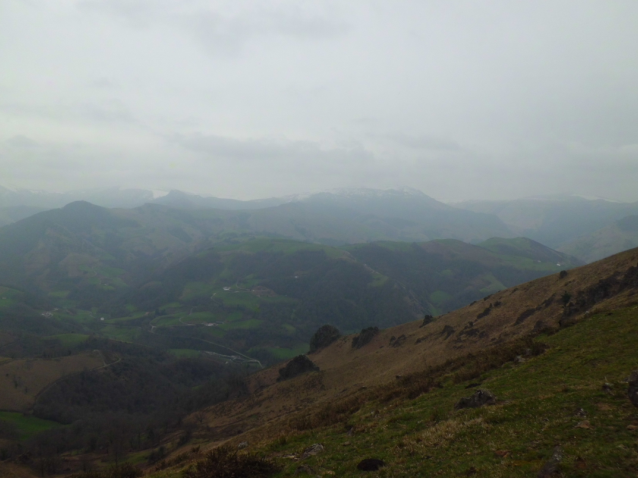 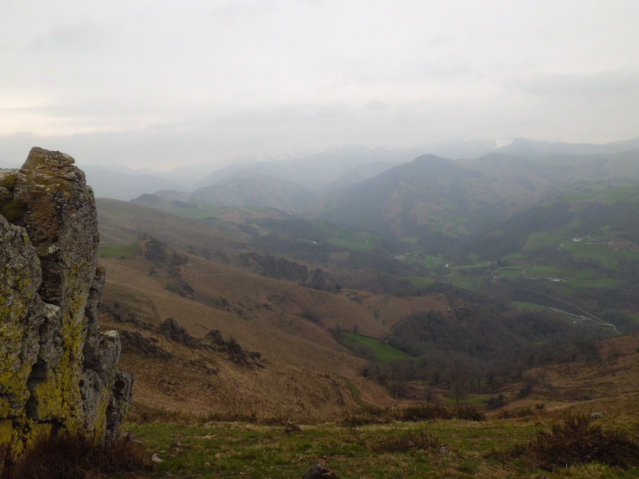 Thank you dear chasers and sorry to all those I couldn’t have QSO with due to the rain and my early QRT.