The weather got very cloudy in the afternoon and I was even fearing that we would very possibly have some rain.

However, I decided to go out and activate Mt. Fontardión EA1/CR-005, which is about 30Km from Ferrol. 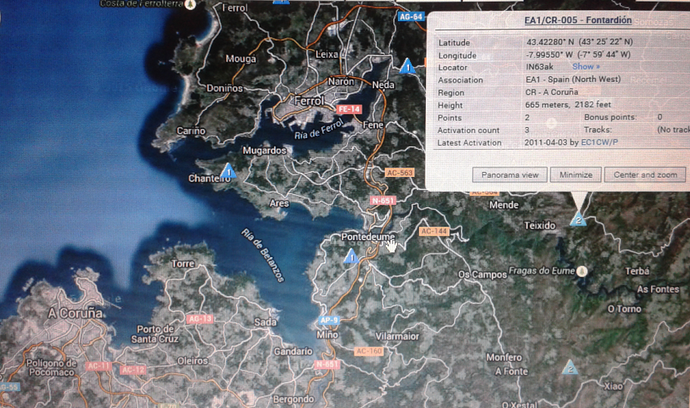 The following image is a satellite view and the white hand of my computer mouse shows the place where I parked my car. 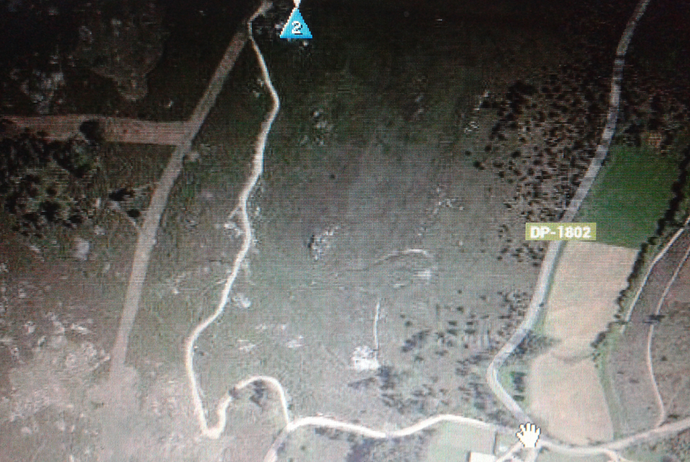 From that point, it took me exactly 13 minutes to hike up the 90m elevation to the summit.

The track is very clear, easy and not too steep at all.

This is the view of the summit when it became visible after a track bend during the ascent. 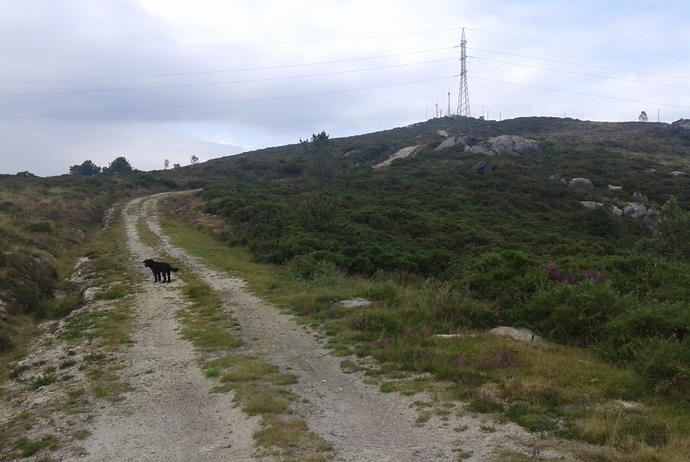 I hiked in a t-shirt but it was very windy at the summit, so I immediately put warm clothing on and a windstopper as soon as I got to the top, because I knew I would end up feeling cold after a long time sitting in that wind.

The telescopic fishing pole got tied to the post of the fence surounding the telecommunication antennas zone and I initially had some troubles to have the tripod on its 3 legs because the wind made it fall 2 or 3 times until I found the right configuration.

Here you can see the full set-up. 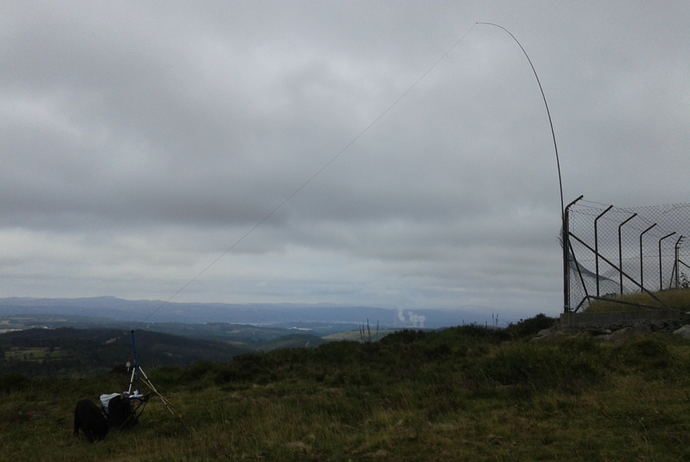 Despite all these antennas, I didn’t notice any QRM on the HF bands I worked on. 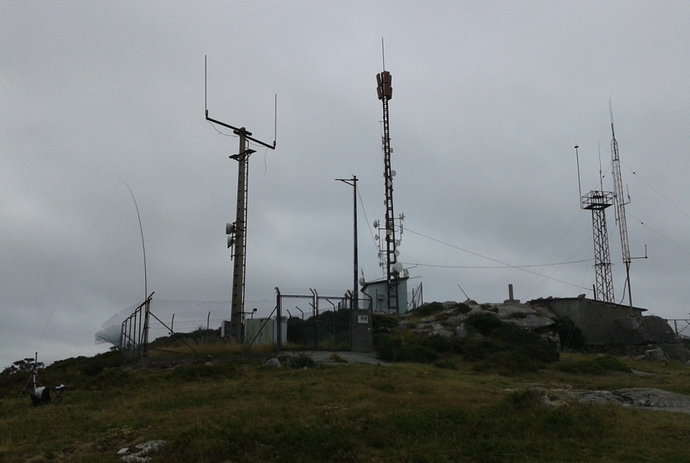 imagen.png936×629 691 KB
It seems that most of these antennas are for microwaves data signals.

As soon as I switched my rig on and selected 20m CW, I found an activator CQing. Without even knowing who he was, I sent S2S and he picked me up, but I asked him to wait for a little while because I hadn’t even got my paper notebook and pencil out of the rucksack, so I wasn’t ready yet to write callsign and SOTA ref. down.

After a few seconds, I got ready and we completed the S2S, which was my first QSO of the activation. Then I QSYed to 14.064 and started CQing.

Far in the distance, on the right hand side of this folowing picture you’ll be able to see the coal burning generation station of As Pontes. 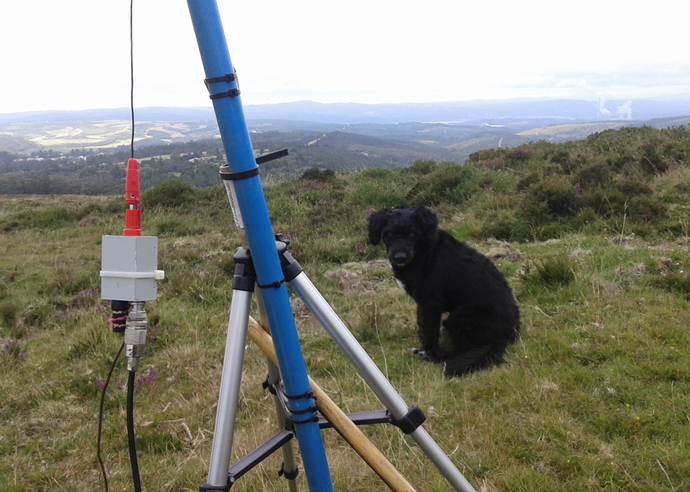 My loyal companion Lucho, the dog, kept patiently waiting for me, as usual.

I had very patchy phone signal at the summit, so I wasn’t able to check SOTAWATCH or selfspot most of the times. I could just have some longly delayed messages exchange through whatsapp and thanks to that I could ask Jorge EA2LU to send some spots for me. Thank you, Jorge.

After several unresponded CQ calls on 30m, I decided to QSY to 17m, where I could log 5 QSOs.

By that time, I had been 1 hour and 40 minutes sitting in the wind and I was already suffering from cold hands and numb fingers.

However, I decided to make a final effort and QSY to 40m, where I logged 4 more QSOs. 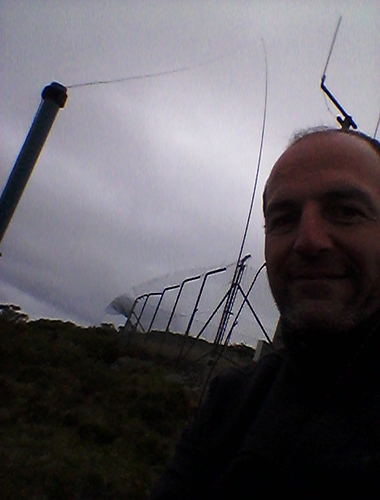 I made QRT at 18h55, took some photos and packed up for a quick descent and a quick return home, as my xyl had phoned me twice to say the had no keys to enter home. I told them to wait for me at the nearby telepizza, so I could have a couple of pizza sections when I got there

These are some of the views from the summit: 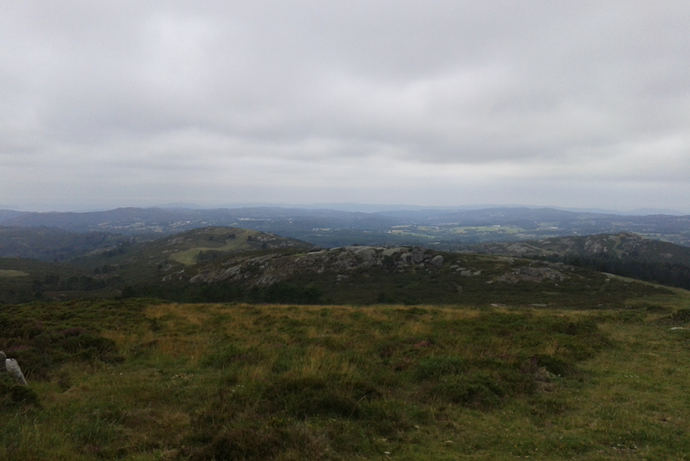 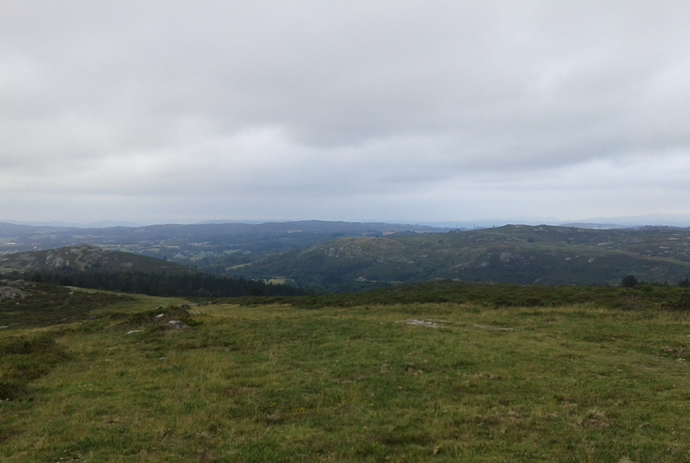 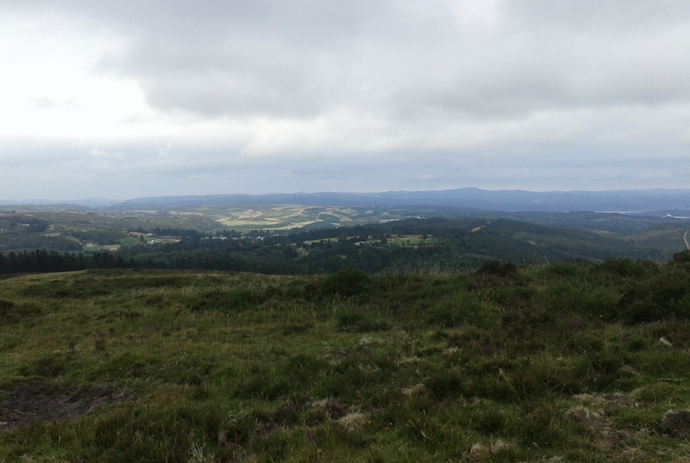 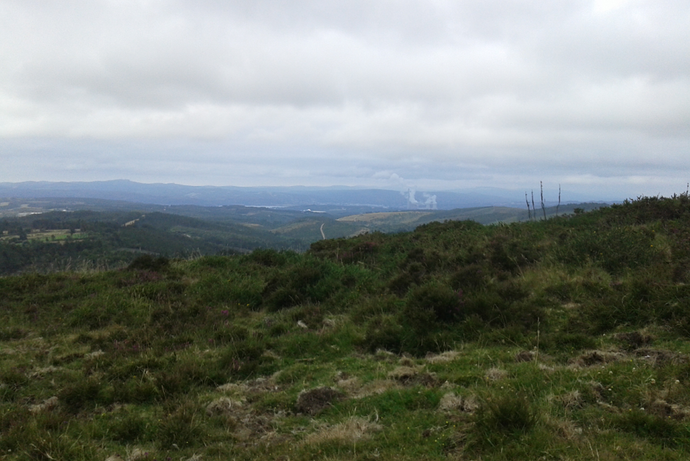