Ángel M0HDF and Eva M0HJV have made the usual trip from Birmingham to their birth QTH’s in the East of Spain. On their way, they passed by my QTH and kindly accepted my invitation to carry out a joint activation here.
I chose Mt Erreniega because it’s a very convenient drive-on 4 pointer, which wouldn’t take too much time/effort and would fit perfectly the needs of a family with a little 2 years old boy in the middle of a long journey.
Angel brought his recently acquired linear amplifier so we worked QRO at 50 watts. I guess you felt the difference with much stronger signals than in my usual 5 watts QRP activations.
I first installed the GP antenna and quickly started on 30m CW, where I had a good run of 36 QSOs in 28 minutes. 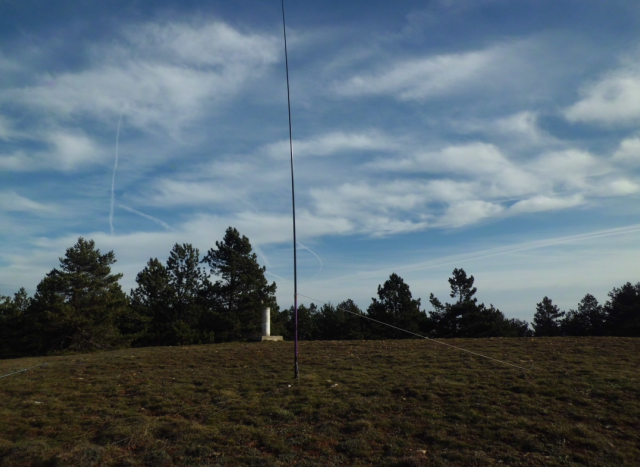 This is the station we had today: 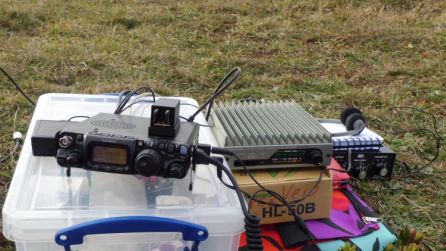 After 30m CW we switched to 20m SSB with Eva operating the station. 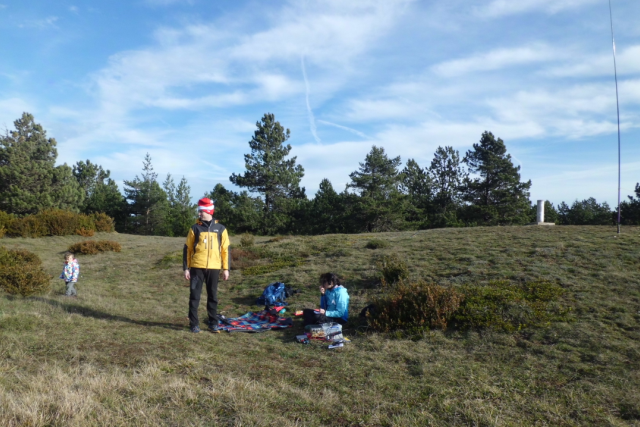 Later it was Ángel who took the operating position and he run on 10m SSB first, where we worked only some few local hams and 17m CW later with the inverted vee dipole he had brought and had finally got installed.
See here my GP on the left and Ángel’s dipole on the right. 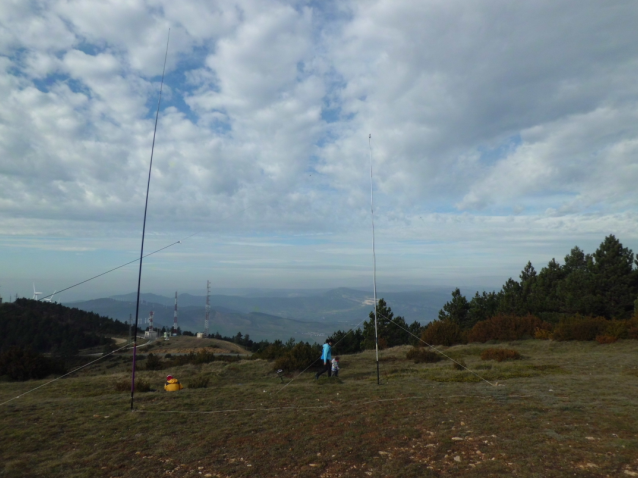 The WX was fine with no rain at all, not too cold temperature (about 6-7° C) and some wind from the South we could get rid of thanks to a little depression where we settled, as you can see in the pictures.

The last operator was me again on 20m SSB. After a selfspot I logged 18 QSOs in 14 minutes. 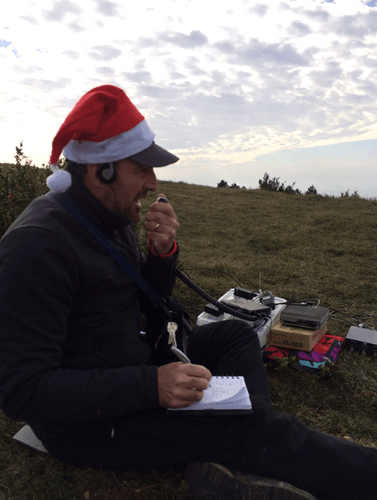 During this last operation on 20m SSB we switched between my 7m random wire GP with four radials on the ground and Ángel’s 20m monoband inverted vee dipole.
The chasers kindly gave us signal reports for both antennas and the dipole was about 2 S units superior in most cases, which didn’t surprise me at all.
I would have liked to test the GP versus a 30m monoband inverted vee dipole, as I think the 7m vertical wire is pretty much a 1/4 wave on 30m and I guess their performance would have been much more similar, but the dipole was not yet installed when I worked 30m and later we run out of time to do it.
This is the full log of my activation: 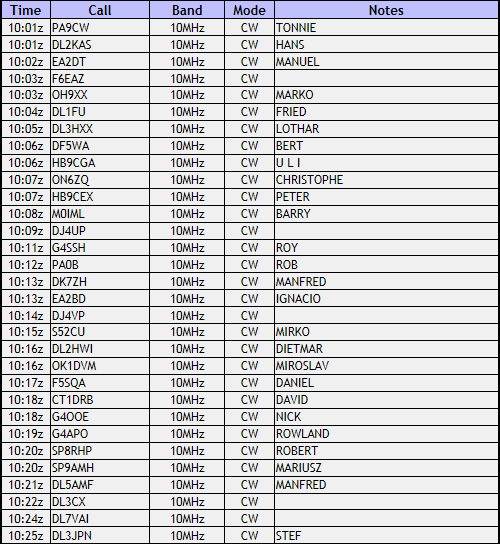 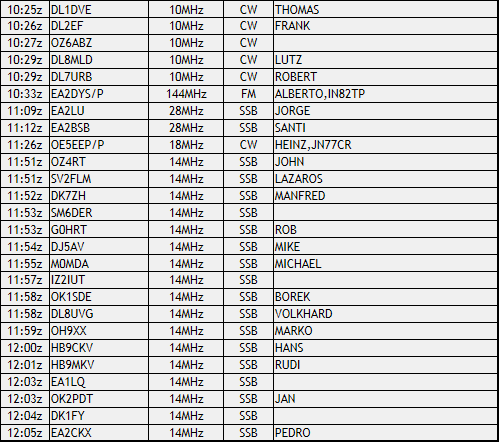 Once we finished the activation, we packed up and drove down to my QTH where my dear wife had prepared a nice lunch for all of us.

We had a very nice time and we look forward to seeing Ángel and Eva again soon.

Many thanks for the activation and your hospitality. We had a great time and were glad that the sky above Navarra was kind to give us fb weather.

We hope we can “return” you a joint activation in G, GW or GM or maybe EA5 land in the near future…!!