I had a day off today, and decided to activate the Mt. Erreniega I couldn’t activate yesterday due to the snow covering the road.
The machines had finally opened a single line on the mountain road to the summit. This is how I found it today: 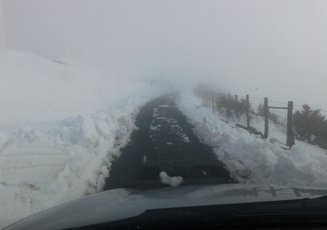 At the end of the road, when I reached the top, I found the guys who did the road cleanning just finishing the work for today: 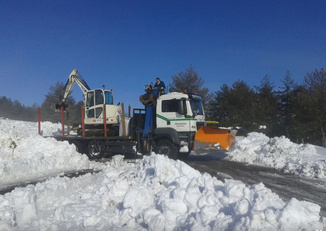 I waited for the truck to leave and then I could park a few tens of meters ahead at the side of the road: 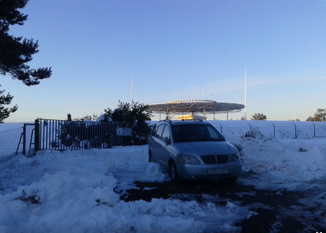 Picture taken on my return.

I quickly set up by the road because there was about 40-50cm of snow everywhere around the trig point and the mountaineers mailbox: 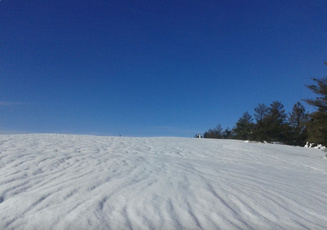 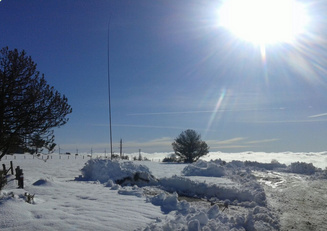 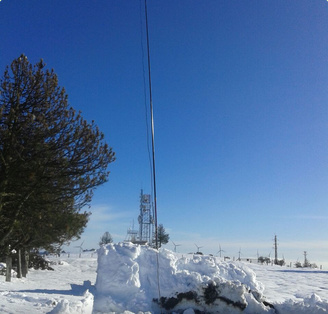 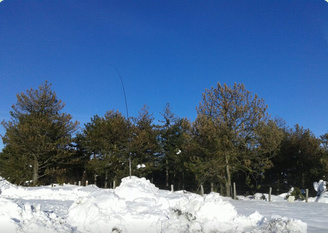 I started by 13h26 utc on 20m CW and logged 9 QSOs in 10 minutes, 2 of which were DX from North America: N1GB and VE2JCW.
Then I switched to 30m CW and I logged 27 QSOs, all of them with Europe being 3 of them S2S.
Following, I returned to 20m but SSB this time, where I logged 5 QSOs in 7 minutes, the last of which was a DX with North America: W1OW.
After a number of calls without response, I QSYed to 40m CW, where I could log 11 QSOs in 20 minutes.
After a number of unresponded CQ calls, I was about to QRT a few minutes after 15h utc, when I realized there was an alerted activation by TF/W1DMH at 15h30.
There was a so beautiful sunshine in the summit with no wind, that I decided to linger on site waiting for the potential DX S2S QSO with TF/W1DMH.
I waited alternating between CQing and making QSOs on 20m CW, QSYing to 14.285 where TF/W1DMH had alerted to start his activation and looking at SOTAwatch in case of possible SPOTS on any other frequency.
This strategy produced a total of 11 QSOs on 20m CW, 7 of which were DX with North America (KG3W, N4EX, K4QS, N2ESE and AB4PP), plus 2 exceptionally long DX, which were K0RS and K6HPX. His signal had a strong multipath fluttering which made difficult for me to copy the P of his suffix. I needed 2 repeats to get the P. I was also called by @NG6R who was putting a very good signal, but I gave him signal report a couple of times and he never came back to me, so NIL, unfortunately.
This is me while being chased by the Northamericans. 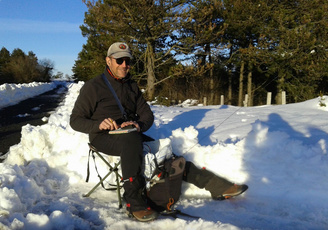 It was 16h25 utc, the sun was already low, I had not eaten my lunch with so much work on the bands and I had started shivering when I finally saw on SOTAwatch the longly expected spot for TF/W1DMH.
I immediately QSYed there and called S2S. Soon I was picked up and we completed a very rewarding S2S QSO.
The time to QRT arrived and I quickly packed up and descended.
All in all, 65 QSOs in the log, 10 DX with North America, 5 S2S, one of which was a DX with TF. 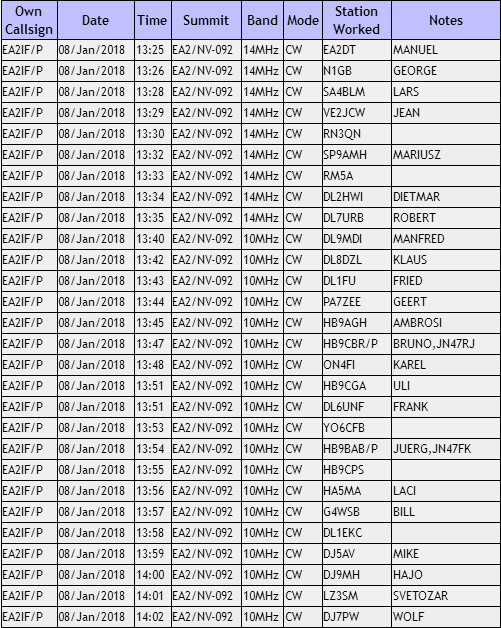 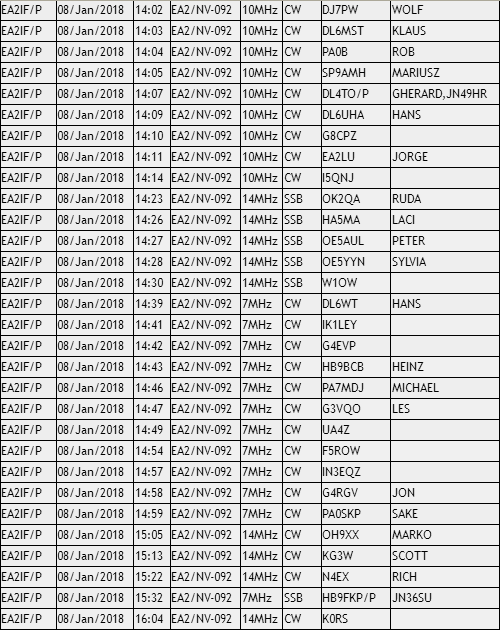 Let me share a few pictures taken during my nice time in the summit. 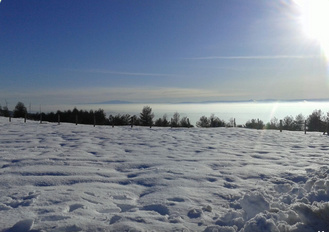 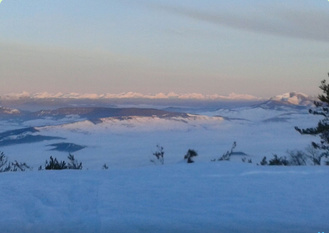 Looking North East Mt. Itzaga (EA2/NV-029) at the right foreground and the Pyrenees range far in the distance

I enjoyed very much today and I’m glad to be back activating again.
I look forward to doing it again soon.

I have my QSOs with @N2ESE and @AB4PP recorded by Ignacio EA2BD, who was in Pamplona city while I was activating, but I don’t know how to upload them here for you to listen to them.
I tried to upload them onto Youtube but they are not videos, just audio files and the system didn’t let me upload them.
Any help on how to do it will be very welcome.
Cheers,

You can use i.e. the freeware video editor OpenShot
https://www.openshot.org/download/

Add the audio file to one track and one or more images to another track.
Expand the images to the lenght of the audio.
Then press the red button to export as youtube format (480p is enough to keep files small).
Then you can upload to youtube.

Here is a video showing how to do that:

Hello Guru, thanks for the new summit…But you logged me as IK1LEY:grinning:
See you soon from another one!
HNY
Fabio

Dear Fabio,
HNY and thank you for letting me know about the log error.
I have just checked my original paper log and I have you OK as IK2LEY, So it was just a typo when copying my paper log to the computer.
I have just corrected the log. You are OK in the log now, Fabio.
Grazie et ciao caro Fabio.
A risentircci.
73,

You can use i.e. the freeware video editor OpenShot

Thaks for your help, Joe.
I downloaded the freeware last night but couldn’t install it due to my personal laptop being an old one with Windows XP Professional, too old for the bigger ressources needed by most of the modern programs…
I may try to do it on my work laptop one of these days.
Thanks anyway.
73,