I had alerted last night for my regular Saturday morning activation of Mt San Cristóbal while my 7 year old son is on his rock climbing training session, but he told me that he didn’t feel like going today and I decided to change plans and go activate Mt. Elomendi, which is not too far to the East of my QTH: 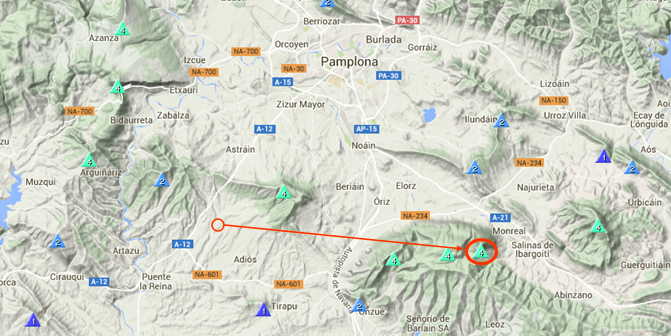 I changed my alert to the new targetted summit but I made a mistake estimating ETA by 9h30z. When I was about to reach the summit, I editted the alert and changed ETA to 10h30z,

I drove to the village of Monreal, which can’t be seen in the following picture. but it’s placed at the very base of the mountain, in the bottom left corner of the picture. 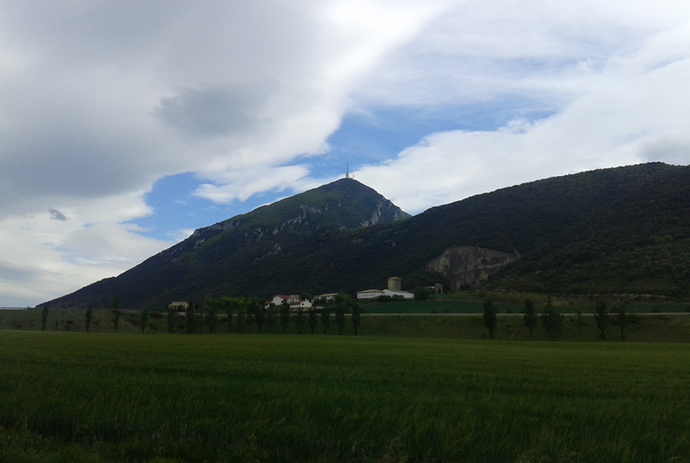 imagen.png937×629 645 KB
This picture was taken on my way home after the activation.

Given the late time I was leaving home, I would never have the time to do the complete ascent from the very village of Monreal, do the SOTA activation, and descend to be home in time for lunch with my family, so I drove the dirt road with my loyal AWD Ssanyong Rodius up to a point where I parked at the side of one of the dirt road bends and hiked to the top with my dog Lucho in about 30 minutes.

Once in the summit, I found a quite strong wind from the South-East, so I moved and set up on the North-West side of the summit very close to the big telecommunications tower. I don’t want to think about the huge amounts of RF Kw’s I had to bear this morning, plus the 5w from my FT-817 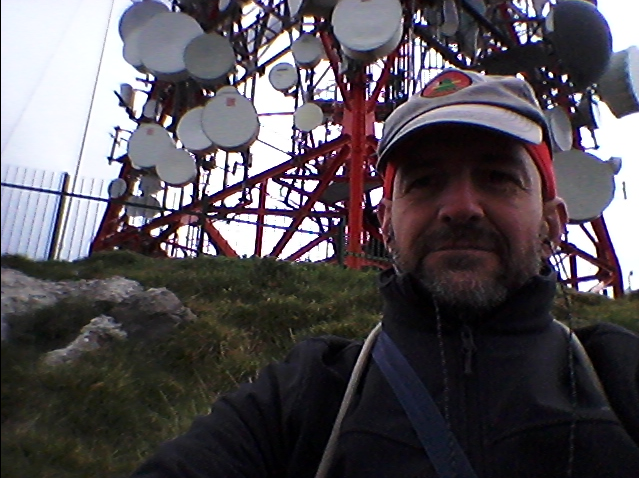 This is the picture of Mt. Elomendi I took from Mt. Txanburu last week… 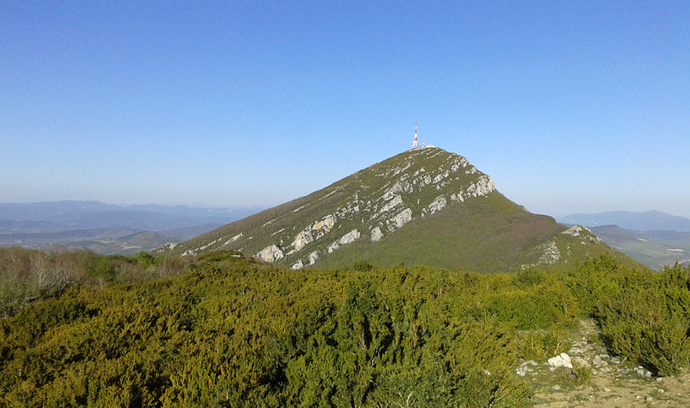 and this is the reciprocal picture of Mt. Txanburu taken from Mt. Elomendi’s summit today: 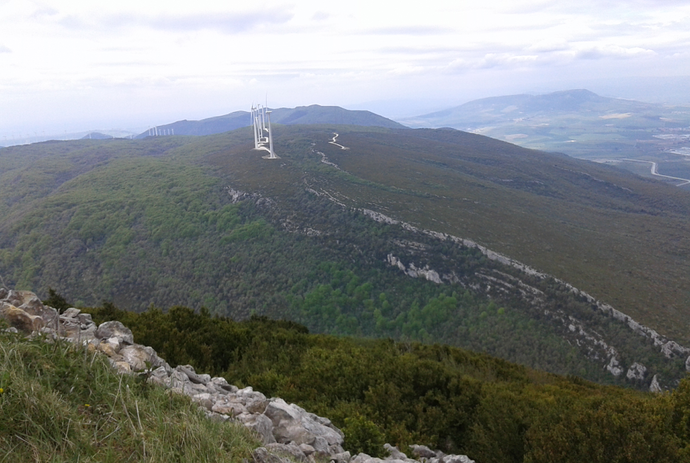 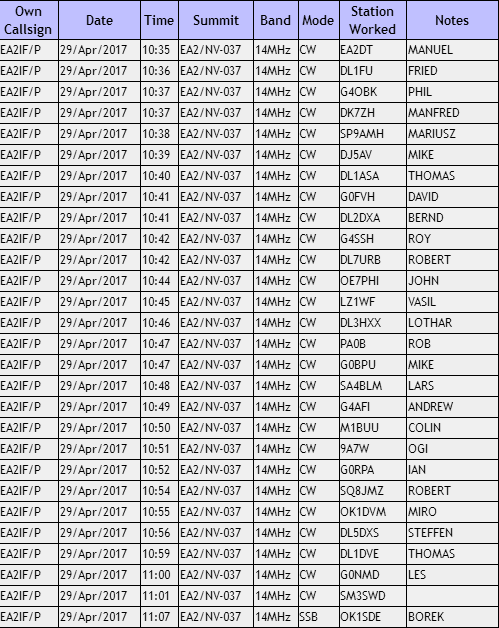 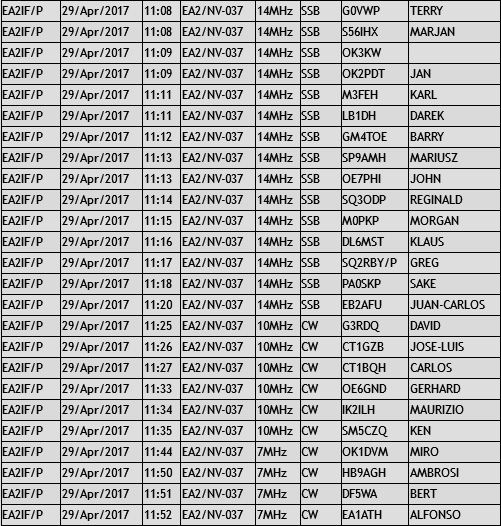 During the activation I received some few drops of rain from time to time which made think that I may have to quickly go QRT and dismantle everything for a quick descent, but it finally wasn’t the case and it held on without properly raining.

All in all, 53 QSOs in the log and a good fun on the air and also in the mountain.

These are some of the pctures I took at the end of my activation: 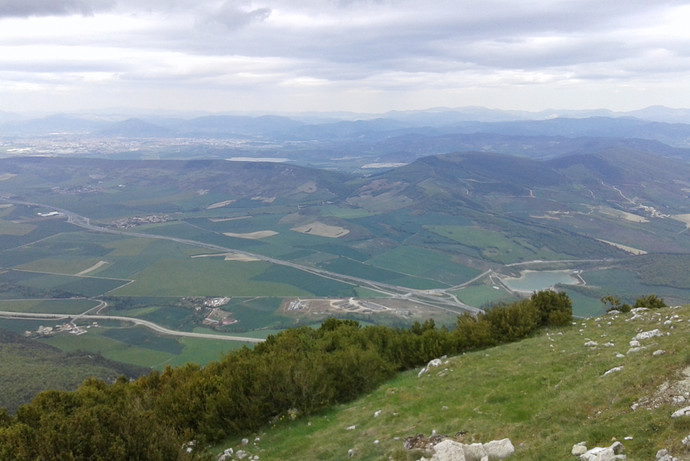 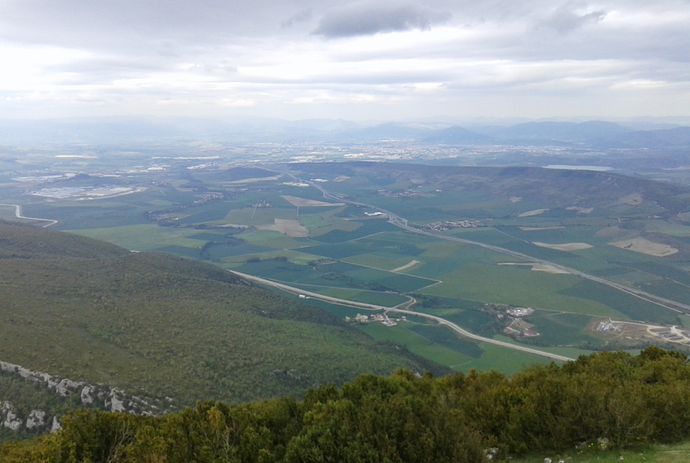 The city of Pamplona can be seen down there far in the distance. 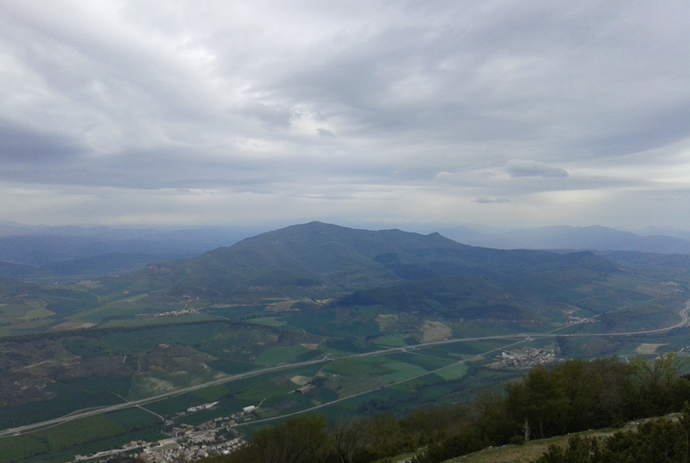 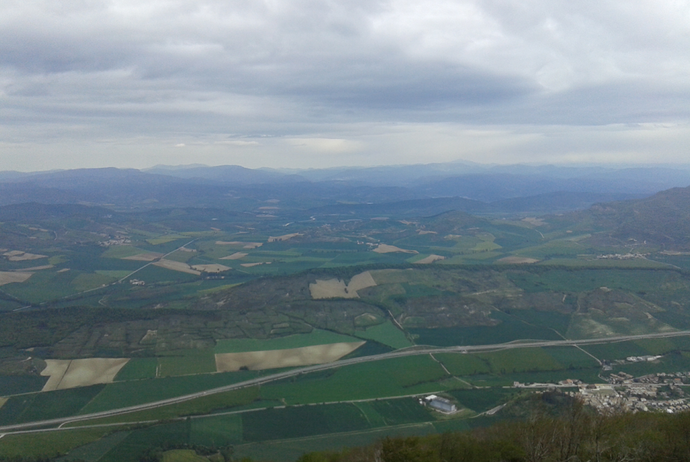 As always, thanks very much to all the chasers for your calls and QSOs.

As always, a chaser QSO is quite a big deal for me. I saw your earlier alert and thought I would put up the dipole to try for a contact. I was out in the garden helping the kids plant some flowers and checking SOTAwatch via my smartphone every so often.

I saw the spot for you on 20m so I turned on the rig on the picnic bench. The signal was very weak but by adjusting the RIT to a higher tone, I was able to make out what was being sent. I was pleasantly surprised when you responded after only my second try.

I really struggle with my home built rigs and poor antenna, so every QSO is an achievement. I use a 9m pole and my 40m to 15m SOTA dipole, which just about fits in my garden with a very acute vee angle.

I thought that 30m would be better but the signal level was about the same although QSB was bringing the signal to a slightly stronger level from time to time. It wasn’t worth contacting you again on 30m, which I tend to do if signals are better.

I really enjoyed our brief QSO, it was a great pleasure.

Operating position for the QSO - 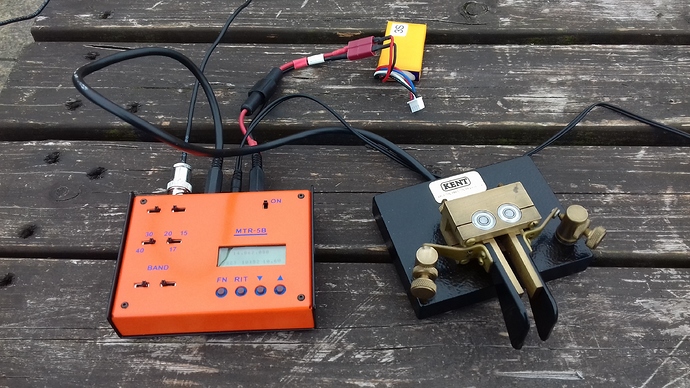 I was pleasantly surprised when you responded

Hi Colin,
I was pleasantly surprised too when I copied your call.
Conditions were not the best. Several signals were weak and only readable at times due to QSB, but I usually enjoy very much making contacts like this, as it’s far more challenging than the easy 599+ signals both ways all the time.
Being able to pick up the callsign and the signal report by using the available RX features in our rigs, or by patiently waiting for the QSB to play ball for us is something highly enjoyable,

I know you always work QRP with one of your home built rigs from the picnic table in your garden and a wire dipole antenna or similar and that’s why it was particularly nice to me copying you yesterday morning with a weak signal but, perfectly readable. It’s always very nice having QSO with you and I look forward to many more in the future.

Thanks for the picture of your set up on the picnic table and for letting me know that you were copying me on 30m too. I would have enjoyed a new call from you and a second QSO on 30m.

It rains here today, so no activating for me. Just chasing…