After having had a lot of rain and even some snow from time to time over the week, it finally looked today like the WX was starting to improve, just some wind and 8 degrees without rain.
On Fridays I finish work at 14h local. Since I was having the feel that I wouldn’t be able to activate on Sunday due to family duties and I was on my own today without wife and children, when I left work, I had lunch and then decided to activate Mt. Elomendi this afternoon.

It’s not far from my QTH to the East. 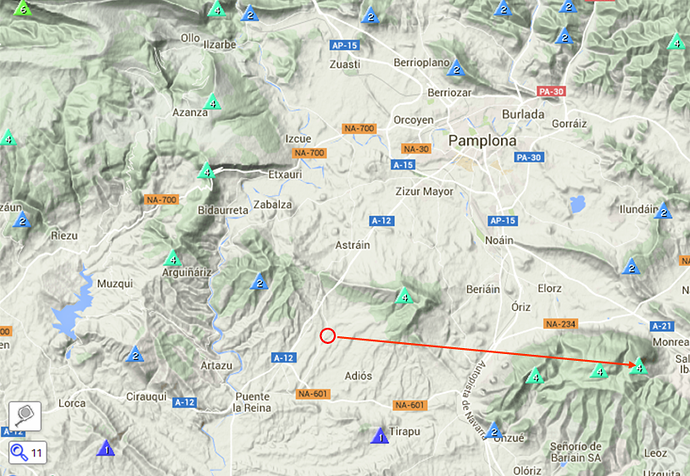 It’s a prominent impressive mountain with a big tower and several telecommunication antennas in its summit. There was a road from the village of Monreal, at its base, to the very top, but it hasn’t been maintained for decades and it’s currently in such a poor condition, without any asphalt in some big sections and so many huge, huge holes, that it’s necessary a 4x4 vehicle and a skilled careful driving to get to the top.

I wouldn’t have had time to do the complete ascent, activation and descent this afternoon-evening in daylight, so I drove 2/3 of the, let’s call it “road”, with the help of my AWD SSangYong Rodius and the the shorter gears set selected, parked and hiked the final part in the company of my dog Lucho.

As soon as we got to the summit, I installed the endfed antenna and started CQing on 20m CW while expecting RBNHOLE to raise a spot for me. 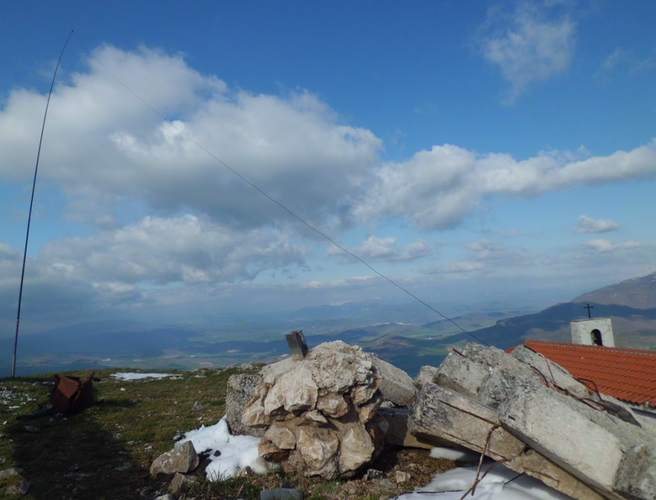 After a few unresponded CQ calls, I decided to selfspot with the help of SPOTmySOTA app and soon the chasers arrived.

I don’t know if it was because propagation conditions weren’t in good shape (SFI 82) or because it was a Friday afternoon with many chasers probably away from their shacks, probably both, but the fact is that I didn’t get as many chasers as I use to have when I activate in the morning of Saturdays or Sundays.

However, I managed to collect quite a nice number of QSOs, including 2 DX with the U.S.A.
When 20m CW got quiet, I QSYed to 40m CW but, unable to find a clear frequency to start CQing, I decided to go back to 20m, but on SSB this time. 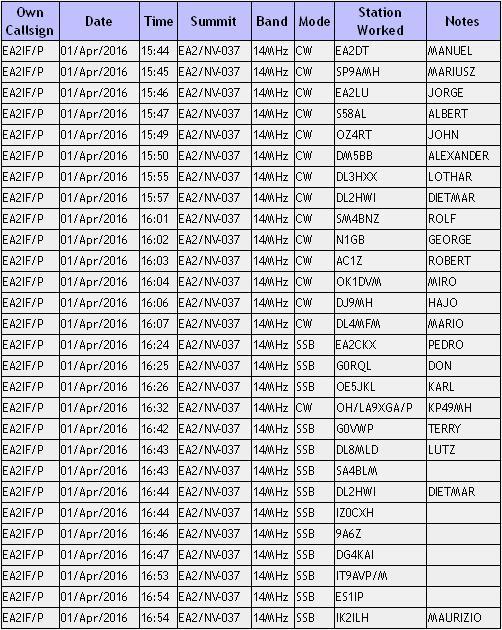 I also managed to work S2S with OH/LA9XGA/P, to whom I only called S2S once and I was picked up. Good ears, Tor!

These are a couple of pictures I took from my operating position: 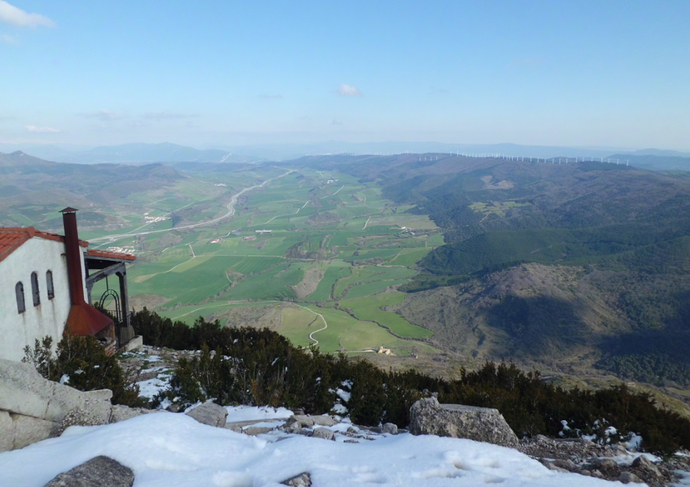 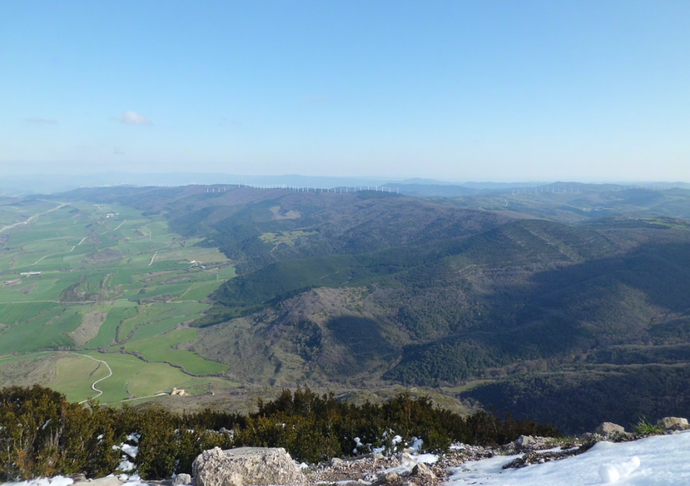 The wind was blowing, the temperature was 1° C, there was some snow on the ground and I was starting to feel a bit too cold, so I decided that it was time for me to pack up and descend.

Once down, with a warmer temperature of 8° C, I stopped at the village of Monreal and took a few pictures of this nice mid age bridge. 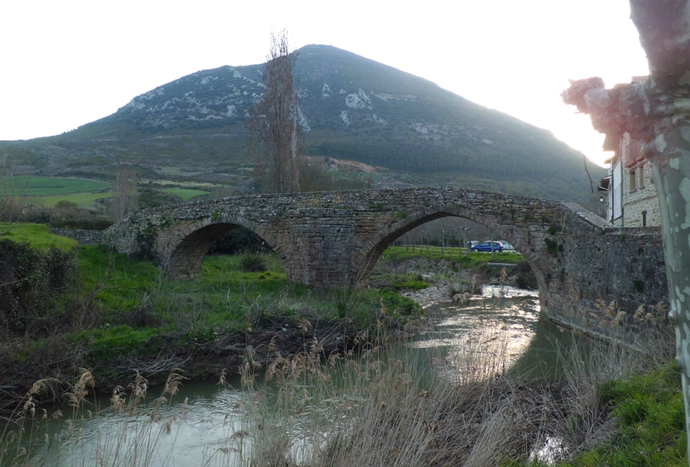 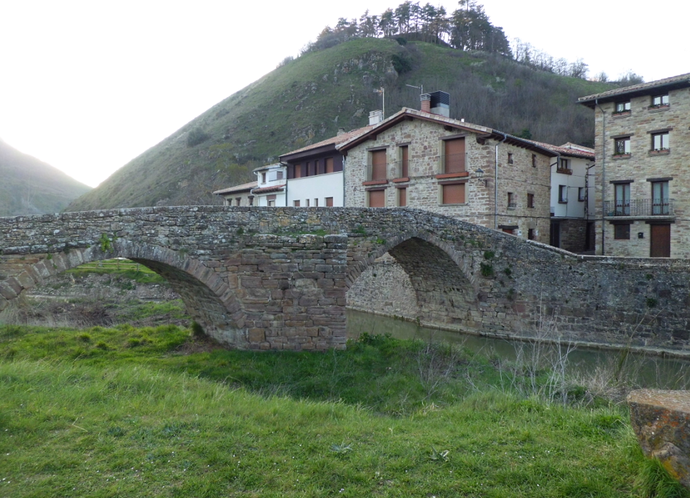 The name of this village, Monreal is the same as Montreal, the capital of Quebec in Canada but spelled without the t.
It’s made of Mon = Mont = Mountain and Real = Royal
Mt. Elomendi is indeed a Royal Mountain

Best 73 and have a nice weekend.

Great pics Guru and the summit doesn’t look nearly as cold as it must have been!