I saw that I would have some time for SOTA this morning, so I alerted on SOTAWATCH and later carried out the activation of the 1 pointer Mt. de Ancos EA1/CR-042, not far from Ferrol, at the very bottom of its Estuary. 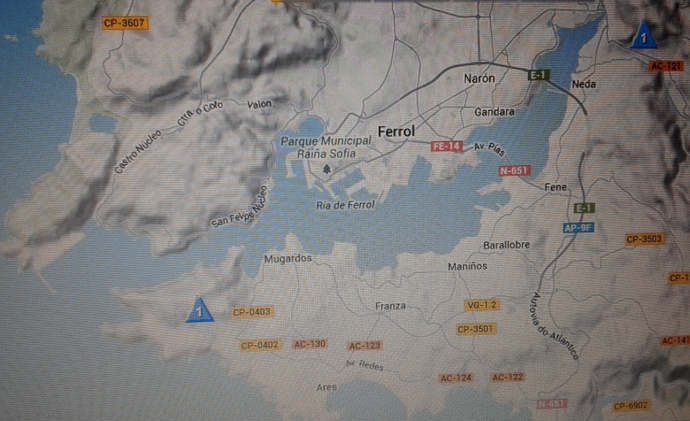 It’s the one at the top right corner.

I’ve already activated this summit some few times in the past. I drove up the road to almost the very summit and after parking on the usual place. I hiked the few tenths of meters up to the very top.

The sky was cloudy but there was not any wind and the temperature was nearly 23 degrees C, just perfect. 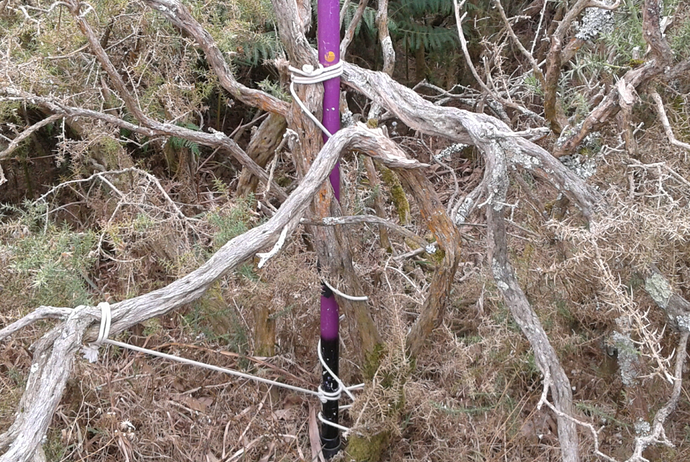 and extended the endfed wire as a sloper 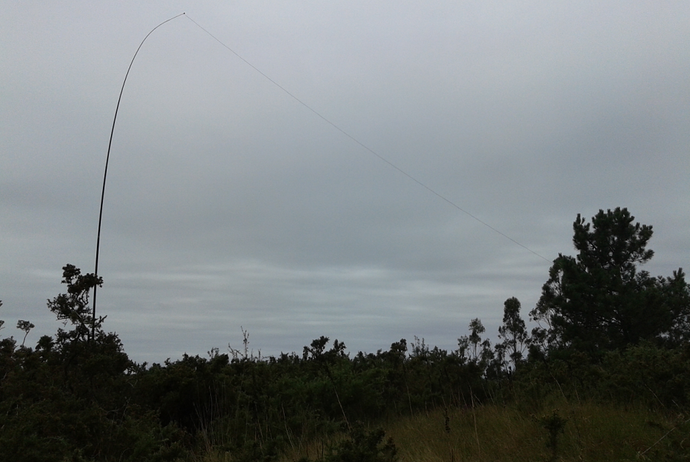 to the top of a PVC tube I have attached to a photograph tripod. 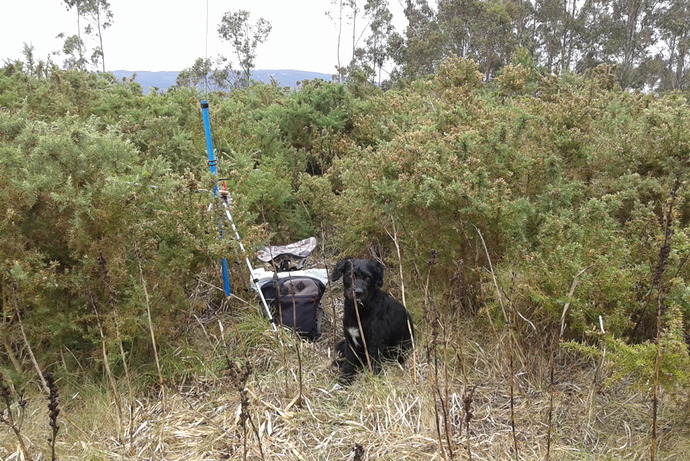 This was the operating position, in the good company of my loyal companion Lucho, the dog.

In my alert I wrote that the start time was unsure and that’s why my first QSO got to the log 1 hour later than my announced start time in the alert.

After a selfspot for 20m-CW sent from my smartphone with the usual SPOTmySOTA app, I got a good run of 16 QSOs in 23 minutes, 2 of which were S2S.

After some unresponded CQ calls, I QSYed to 20m-SSB and sent a new selfspot, which brought 5 more QSOs to the log. A sixth station from Slovenia called me, I copied and repeated his callsing sending signal report, but he never came back to me so I couldn’t unfortunately log the QSO.

I had some unresponded CQ calls and after nearly 15 minutes on the frequency, I QSYed to 30m.

Only Moises EA4MZ called me.

When I realised of the mistake, I sent a new selfspot for the correct frequency 10.117

A few unresponded CQ calls gave me the time to look at SOTAWATCH and I saw there were some activations on 40m, so I QSYed there and managed to make S2S QSO with DF7FX/P, activating DM/BW-085.

Since I couldn’t copy any other activation on 40m at that time and I had recently sent the new selfspot for the correct frequency 10.117, I decided to get back there and had QSO with my friend Alf EA4CWN and 4 more stations, one from Slovenia, one from France and the other 2 from Spain.

Two other stations from Spain, one EA3 and one EA1 sent their callsigns one on top of the other. I picked the EA3 up and got back to him with callsign and signal report. The EA1 station, much stronger than the EA3, came back to me and sent his callsign with 599 signal report, but he was not the station I was talking to so I sent NO, NO, NO and didn’t log him. Unfortunately, the EA3 station I was indeed talking to never came back to me, so I couldn’t log him either. Shame…

A new selfspot brought chasers which produced 5 more QSOs. I lost a possible S2S QSO with F6FTB/P. He called me, I copied him very well and came back to him with his callsign and signal report, but he never came back. I guess I got lost in the QSB and never copied me. Shame again…

I was missing a Northamerican station in my log and it was a bit too early for DX with the other side of the Pond when I first worked on 20m in this activation, so I decided to get back to 20m CW.

Firstly, I found DJ5VY/P activating DM/BW-008 and I managed to make S2S QSO with him despite the heavy QRM a well known chaser caused calling several times on top of him while he was coming back to me.

A new selfspot finally brought the first and only DX of the day, N1GB. Thank you again!

It was 12h36 utc (14h36 local) when I logged the last QSO and after a few more unresponded CQ calls, I called it a day, took a few pictures, packed up and descended to go home for a late lunch. 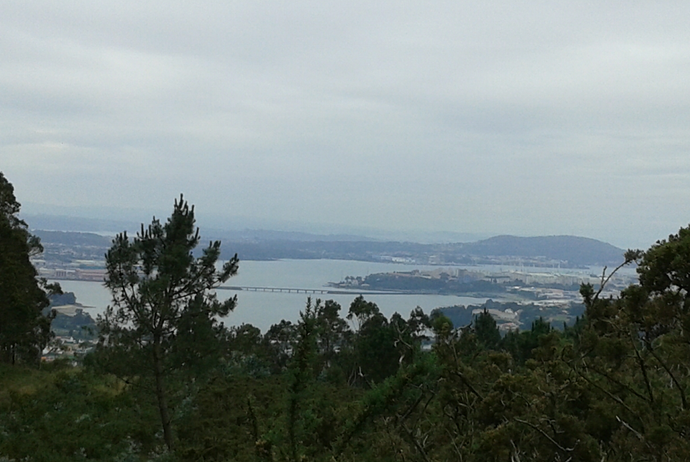 This is what I could see from the operating area in this summit. 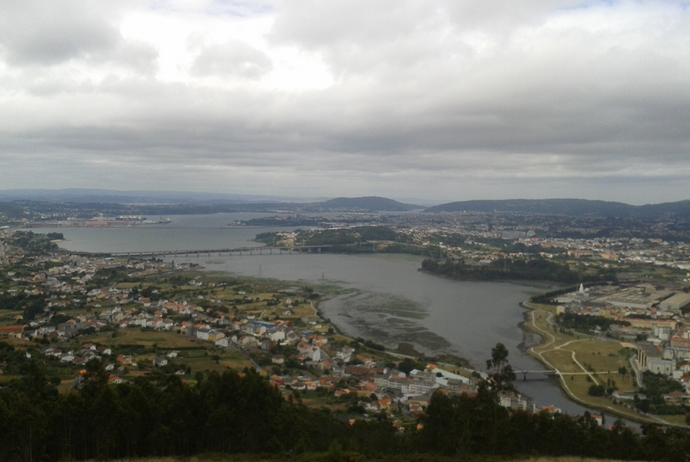 And this is a picture of Ferrol Estuary I took last year from the panoramic balcony in a secondary summit I didn’t visit this time.

Thank you very much dear chasers for another very nice time on air and in the mountain.