This weekend we had the third Mt Hotham mass activation weekend, the first I was able to attend.

Saturday resulted in a lot of perfectly timed activations, I personally picked up 46 activator points from 5 summits and a whole lot of S2S points.

The last summit for myself and Glenn VK3YY was quite notable however. First thing Sunday morning we headed up to Mount Blue Rag VK3/VE-021. While I was setting up a full sized antenna, Glenn did his now seemingly usual trick of putting a loaded whip on the KX2 and proceeding to work John ZL1BYZ and ZL1WA handheld.

After a fairly quick and painless activation, we drove back up to the ski resort and started the hour long hike down and up to the very scenic Mt Loch. 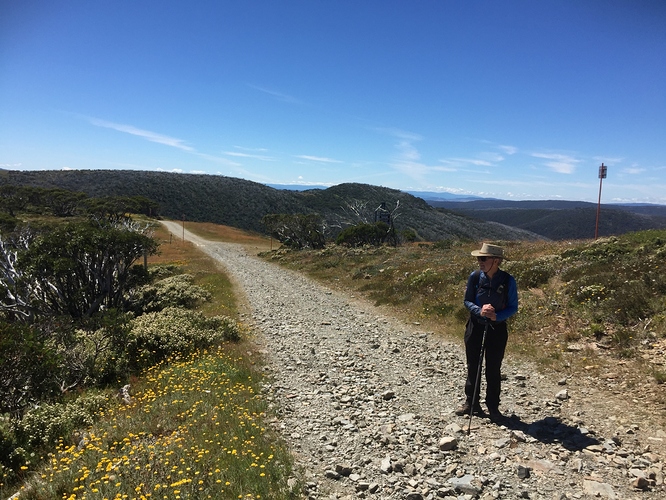 The summit provides fantastic 360 degree views and we had the weather to enjoy them. Repeat the same story as the previous summit, while I was sorting my station out Glenn was busy completing a S2S with ZL1SKL on ZL1/WK-153, with Glenn handheld. Took a lot of calls and marginal reports but got there in the end. I think this is quite a notable accomplishment.

With my new doublet in the air, the highest I’ve had a SOTA antenna, I was only able to extract similar or worse reports from the ZL stations… I did however manage to work quite a few ZLs on 20m and VK5 as opposed to some other summits where HF sometimes was a real struggle. The 88ft doublet seems to work quite well. 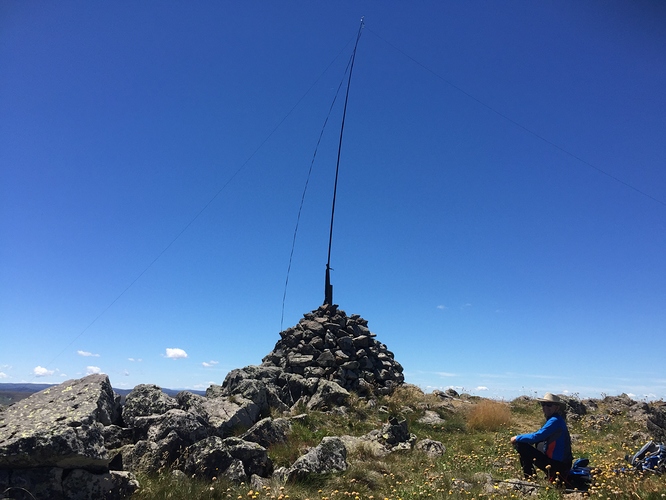 A great weekend and a really nice activation to end it (excluding the 5 hour drive home).

Thanks Andrew for all the activations. Great to work you and Glenn on many of those summits. I bet it was your antenna that Glenn was using when I worked him on 40m. My antenna is a similar length to yours at 28.3m (92.8 feet) and also seems to work well. Conditions were not favourable for close in contacts today. Great fun for chasers that were far enough away with an amazing number of summits activated by the Hotham crew over the weekend.
Cheers,
Gerard - VK2IO

I think I worked you from every summit I activated so not too bad. However aside from the LOS contacts, short distance HF wasn’t really there again.

Unfortunately I was plagued by coax issues. I left the usually coax for the 2m beam at home in my hasty packing so relied on a random piece in the car which I quickly remembered was dodgy. So no 2m SSB. The uhf-Bnc adapter I used between the 817 and the tuner seems to have also developed some rust which would explain some dropouts (& high swr) when moved.

Thanks for the spots.