While out at Ty Croes/Anglesey Race Circuit over the weekend. A few extra points in the bag.

I tried your approach yesterday whilst at the Borders Hill Rally. I could see there were a few activations planned around Southern Scotland and the Lakes. Historically, we’ve had issues with hearing 81MHz transmissions from the Grizedale Stages rally when that’s been running the same weekend, so I expected I’d hear LD summits no problem.

So, I was all good to go on 2m when we had to go into stage and recover a car. We were then busy the rest of the afternoon. Oh well, maybe next year! 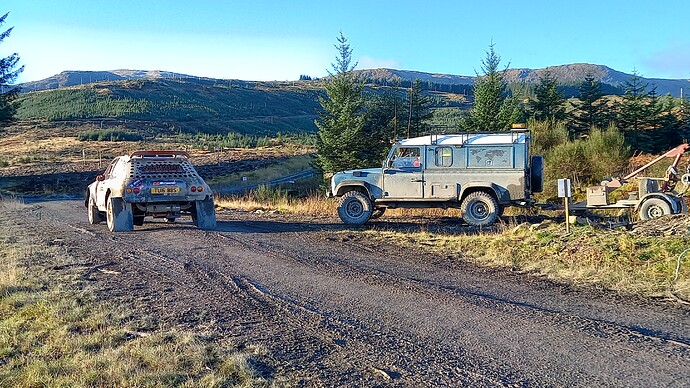 I’m sad as I just had to sell my Pickup as it had really bad tin-worm. It was time to get rid whilst it still had some MOT and hence real value. I was toying with spending more money on it and coming up with a cost/value analysis but someone offering me a fistful of cash solved that problem before I had to deal with it.

The Hilux does seem to suddenly go from the inside out and I don’t know if mine worked in a salt mine before I got it. But the propshaft centre bearing hanger turned to lace and failed leaving the prop suspended on an exhaust mount. Then the fuel tank mounts disintegrated. So new ones made and fitted.

Engines and gearboxes etc. seem to last but the metal is rubbish now. As it was at 14yrs old 90kmiles it needed a new cam belt/tensioner kit, water pump was rattling and needed replacing, exhaust back box was rotted and leaking and it had 2 corroded brake pipes. In addition there was something wrong with the rear brake load sensor. That is meant to reduce the braking pressure to the back brakes when unloaded so they don’t lock. But they did that a few times which is “interesting” before ABS cuts in. Also I think the brake master cylinder needed the internal seal replacing. The brake pedal would start out hard then sink somewhat but still remained firm and well above the floor… I think that was fluid in one circuit leaking past the seal in the cylinder. But not always. Never doing more than 4k miles/year it wasn’t worth spending good money. Time to flog it to an “enthusiast”.

Funny vehicle, nearly always passed its MOT 1st time or failed on something minor. Then something would break later needing me to break out the chequebook. But a hoot to drive and intimidate other drivers. Driving German sporty cars for some years means you learn that everyone hates you and wont let you overtake or enter into traffic. I got my own back driving an old beat up pickup, everybody is really nice and gives you plenty of room when you drive a vehicle covered in dents and scabby marks Especially if it looks like you are not going to stop

Finally it appeared the chassis around the rear spring hangers on the driver’s side were corroding badly from nowhere. They looked OK when the fuel mounts were remade. As I don’t have a tame welder friend and you need to remove the rear load basket to repair some of the work properly, the cost of parts and labour was going to become intense.

So I have a 5.5m long hole in life but a bag of cash. I shall miss driving it like a hooligan but not its prodigious thirst for diesel. I was a 120bhp 2.5L engine and never did better than 32mpg on a run and less around town. I see 37mpg around town in a 300bhp diesel car and 44mpg on a long trip. Just mulling over whether to buy something else, this time some high mileage but only 2/3 yr old not low miles 7 years old.

Please keep posting the pictures of dirty vehicles doing stuff off road to remind me of the good times.

No Andy, that’s the coal powered one! (300tdi diesel). Re-built onto a new armoured Land Rover 110 chassis, which I suspect will outlast me!

My son MM3ZUP, Callum was driving the V8 at the weekend. Here he is righting a racer that was upside down in a ditch. He’s using the homemade crane/rear winch. When they crashed, the crew had to kick the windscreen out in order to exit the vehicle, as the doors were pinned shut by the ditch! 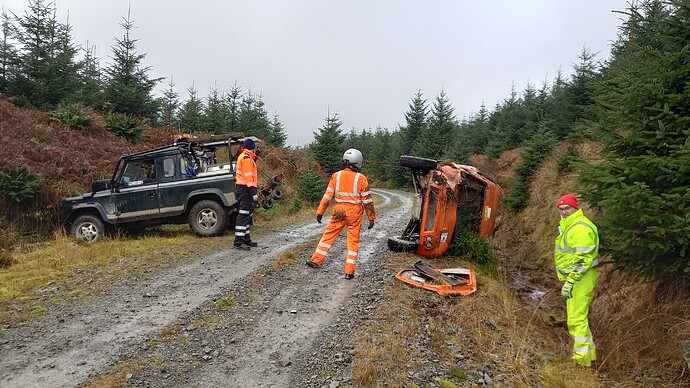 I’ve been in a ditch many years ago and don’t want repeat it. My mate was giving his 1.8 Manta A coupe some hoon and we came around a right hand bend and the back stepped out. Normally you could balance a Manta with the throttle alone but it continued and corrective efforts failed. Round we went going backwards then into a wet ditch on the driver’s side of the road but my side of the car. Must have been over 18in of water in the ditch as we stopped with the driver’s door now being the top of the vehicle. “Can we get out now Steve before I get wet?” The door was far too heavy to push up and climb out, so he wound down the window and we both clambered out. Once out of the ditch there wasn’t a dent, just a scratch or two. Gorse bushes good at absorbing speedy vehicles. And as soon as it was back on its wheels it started 1st time and was fine to drive. A later wheel alignment check showed no issues and it drove and stopped straight.

Seeing water up the front of the windscreen at least as high as my head is not something I want to experience again and certainly not in a car without a roll cage, full harness or on public roads!

I have a small spring-loaded windscreen punch with strap cutter on each set of car keys, for that reason. 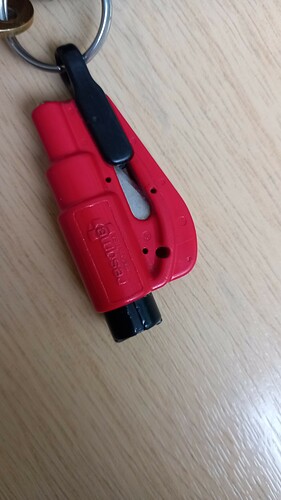 Thats a shame you could’nt get to work any SOTA - motorsport needs must!
I am in Grizedale next weekend so hopefully a few more SOTA contacts - might even pack some HF.
We had a few jobs, same car 4 times and a Mini (a proper Austin Mini) with a sheared brake disc - the hub came away with the wheel!