I was hoping to kick off my SOTA career with some HF, but the ft-857d isn’t playing. There’s also the issue of me not having a battery that weighs under 3kg.

Morven is probably a little remote for a VHF activation, but I’m going to give it a go with my trusty vx-7r and a tape measure yagi that I usually use for ISS APRS.
There’s no excuse for not going out anyway. Beautiful day, great snow-shoeing weather and we happen to live at the bottom!
Wish me luck.
73 and stay safe All.
Fraser 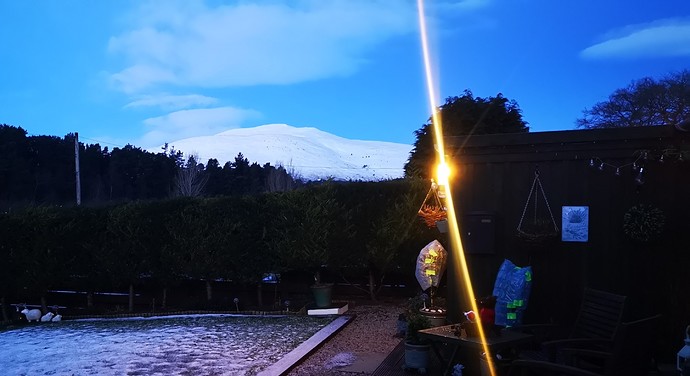 Activation Report and learnings
Morven is a hill I’ve climbed on many occasions and by many routes. I’m a really experience climber and mountaineer, but a SOTA novice. Today was tough!
Mo (xyl) and I took about 2.5 hours to get to the summit. It usually takes little more than an hour in summer.

Snowshoes were the order of the day, but even they broke through the deep snow down to the springy heather below. We’ve had lots of snow, but no freeze-thaw cycles to consolidate it. 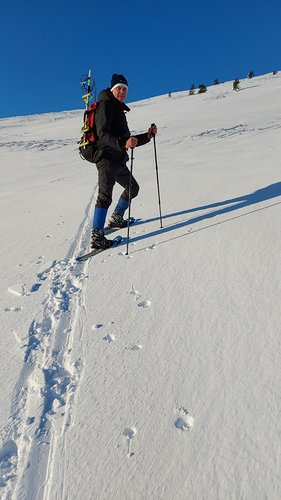 It was too windy at the top to deploy the tape measure yagi (I will build a better one soon!)
Thankfully I had a Diamond rh-77 extendable whip on my Yaesu FT3D. (I’d forgotten to bring the VX-7R and spare battery.) 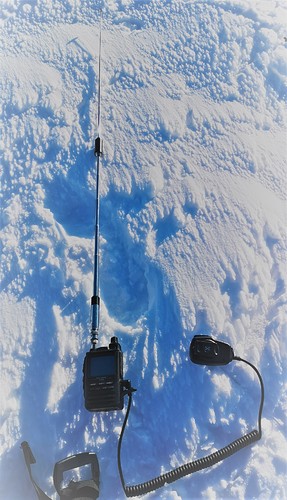 I called on 145.500Mhz without hoping for much, so was pleasantly surprised to work MM6BWS, MM1BMK and MM0JST in quick succession. Thanks chaps

By then my fingers were frozen (-4°C and 25mph wind). Mo suggested lunch and then another try. 10 minutes later and my fingers had blood in them, so I called CQ again. MM1DBC came straight back. Thanks Ian.

I’d got my four contact - just. I suspect that all were random luck, as I didn’t get the feeling they knew I was there, despite my SOTA watch alert and APRS tracking throughout. (Apologies if I’m incorrect here. ) The furthest was 76km away near Peterhead and I received great signal reports all round.

Anyway It was time to head down (said Mo) and have fun in the powder.

On return to the house I could barely read my log! I don’t usually suffer from cold hands but today got the better of them. 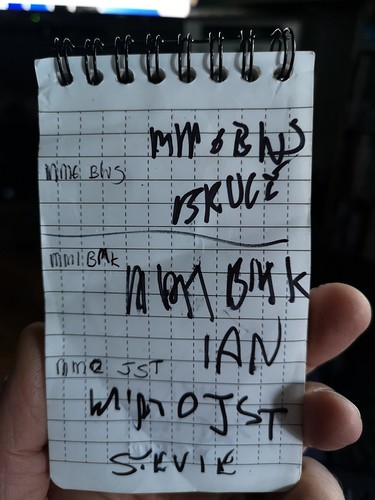 Oh, we got close to a mountain hare on the way back, so thought I’d share: 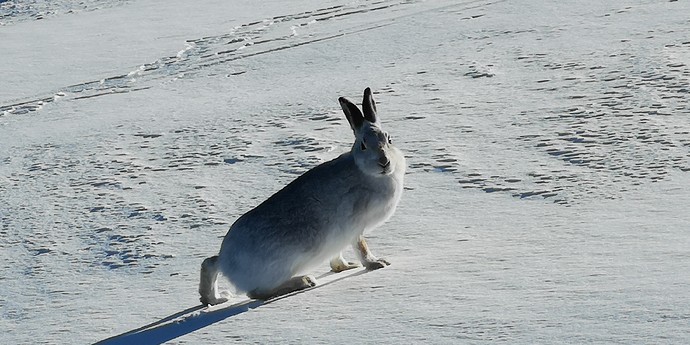 So in all a great day out in a familiar peak. It was great to make the four contacts and all operators were first class and very patient while I got my hands to work!

On reflection, next time out I need to:
Remember all the kit
Build a better yagi
Find thin gloves that will allow me to operate the radio
Find a better way of logging (record audio maybe?)
Get my ft547 fixed, find a lifepo battery in the UK… somewhere and get on to HF, as I believe I’m pushing the limits of VHF 2m FM in rural Aberdeenshire.

There’s nothing for you on aprs.fi today, only something from 3 days ago. If you want to spot by APRS you’ll need to register your call. Likewise there are no SOTAwatch spots for you.

OK. Thanks for the feedback, however it leaves me a little confused.

I put an alert on SOTAwatch last night for 11.15 this morning and I was bang on time. Its still there on the alert page.
I was tracked throughout using aprs and this auto placed an activation for the summit via ON6ZQ. I could see both icons on aprs.fi this morning.
Looking on aprs.fi and aprsdirect, I can still see some of this. See below. 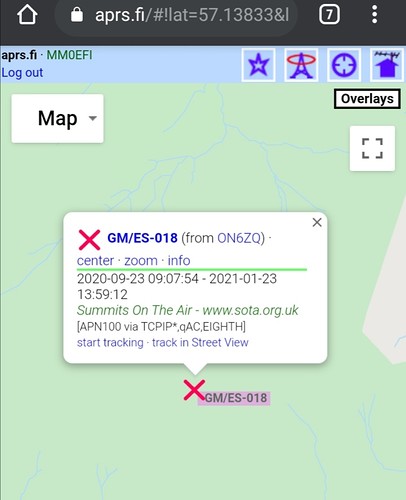 I think my only failing was forgetting to “spot” myself on SOTAwatch when I reached the summit, or did I miss something else?
Cheers,
Fraser

Thanks for the report - very few around from the UK at the moment. Glad you got the necessary 4 QSOs. I would check the callsign of MM0JST though. Another SOTA activator Victor, MI0JST in Northern Ireland has the generic M0JST callsign, so I think the MM0JST callsign could have been recorded in error.

Thanks Phil. I’ll try to fathom that one out. I really need to find a more satisfactory logging method for winter summits.

All I can find on aprs.fi now is this after playing with it. 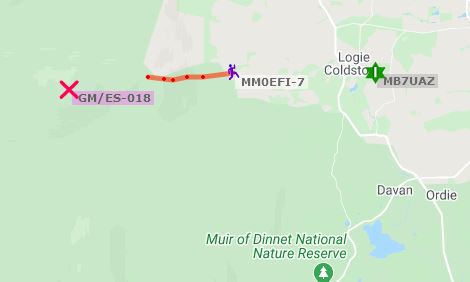 But all that tracking and Christophe’s marker is only on aprs.fi and not on SOTAwatch which is where it needs to be for chasers to find it.

Thanks for your help.
Aprsdirect has it, so I must have done something right. 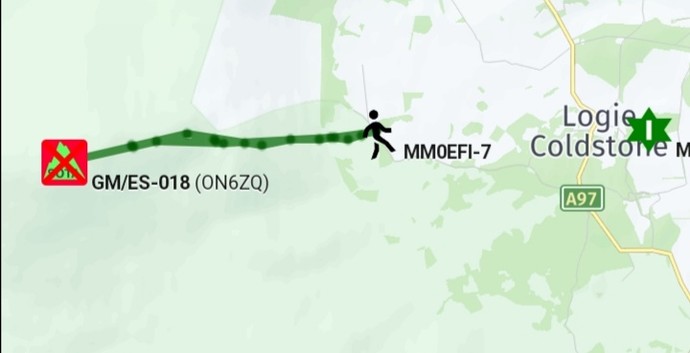 APRS.fi also has it - as you’d expect what with both sites being front ends to the same background awesomeness. Tail length = 6 hours does the trick.

Thanks for the great report. I’ve seen quite a few hares in the Welsh Borders and Wales over the years, mostly when cycling (I see most of my wildlife when “awheel” - I think the relatively quiet approach takes them by surprise). I’ve never seen a hare in it’s winter coat - that’s on the Bucket List along with spotting Ptarmigan.

That was what was missing Dave.

Re a battery for your 857d, this is the one I have used with my 857 for all my activations. I have run 50w for 6 hours with no problems. https://www.allbatteries.co.uk/lifepo4-battery/12v/18ah.html
I also bought a dedicated LiFePo charger.

That’s a cracker Simon. A little large for my hiking needs though!