The Mendocino Complex Fires currently the largest fire in California, appear to have burned through several SOTA summits including; Elk Mountain W6/NC-037, Horse Mountain W6/NC-023, Pinnacle Rock W6/NC-451, High Glade Benchmark W6/NC-019. This fire is only partly contained and is still growing and presents a very real danger to the cities adjacent to Clear Lake, CA.

Wildfire situation may change rapidly during the wildfire season. So, I usually check California Statewide Fire Map before I will go to make SOTA activation during the summer time - http://www.fire.ca.gov/general/firemaps

Perhaps as much as 15 SOTA summits have been burned in the Carr fire west of Redding.

Too many fires in Cal at present and apparently we don’t normally see such large ones so early in the season.

Maybe the Trumpian science deniers are wrong when they say climate change is a hoax?

I activated Whiskeytown National Recreation Area just outside Redding with Ron W6PZA in mid 2016 during the ARRL NPOTA event. Three SOTA peaks are in that immediate vicinity and I assume the peaks exist but look rather depressing and uninviting. Mule and the two above. 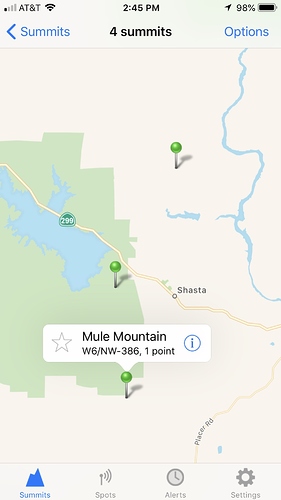 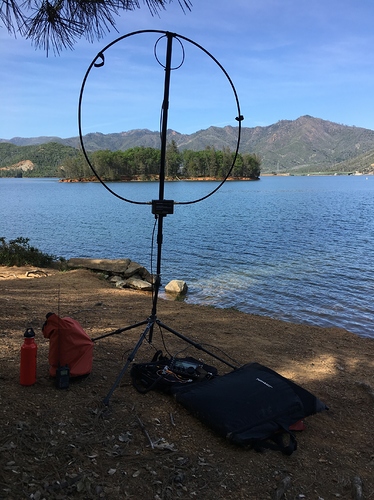 And this is the lake now 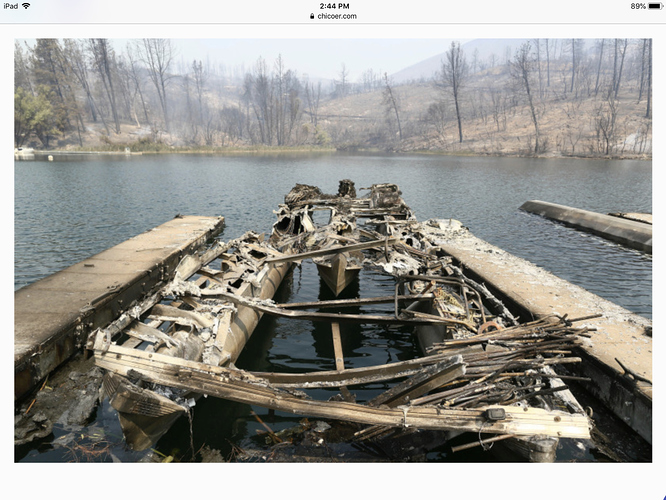 Maybe the Trumpian science deniers are wrong when they say climate change is a hoax?

And another new one up here on the Plumas today:

1:50 p.m.: Code red notices have been sent to those in the voluntary evacuation areas and the Quincy Veterans Hall...

This was a rain free day, nice bright sun and dry roads so I took a drive today to reconnoiter in preparation for summit activations in the coming season. I stopped at the upper Lake Ranger District office for information. Damage from the Mendocino Complex Fires has resulted in closure of a big chunk of the southern portion of the forest. Elk Mountain, W6/NC-037 – High Glade Benchmark, W6/NC-019 – Horse Mountain, W6/NC-023 – Pine Mountain, W6/NC-042 and the surrounding areas are all closed for the next several years. The ranger said this is a “temporary” closure but that it will not be lifted until dangerous trees are taken out and the forest floor has the opportunity to recuperate. Due to the heat of the fire he expects several years before the burned areas will recover sufficiently for open access. Pinacle Rock, W6/NC-451 is also closed. The area served by the Stoneyford Ranger Station also has a large area closed; but I have no details – suggest a call to the ranger stations prior to planning an activation.

The good news is that the area north of Covelo and the Eel River is open; so Hull Mountain, W6/CC-011 and Big Signal Peak, W6/NC-006 are open; however, significant snow at elevation will make these summits nearly inaccessible until the snow melts.

No activation today, but lots of information. I probably need to head for the San Gabriel’s (perhaps Table Mountain, W6/CT-067) a long drive but a nice summit!