I don’t intend to write a report for each and every activation this year, just ones where I feel that there’s a story to share. Rather than create a new topic each time, I thought I would just add to this one each time, making it easy to ignore my waffle

Richard @G4TGJ happened to mention to me that he was planning to activate G/NP-032 today. I’m in awe of Richard’s home made radio so I thought it would be fun to try to chase him. I don’t operate from home as I have a small garden and putting an antenna up is not easy, also I live at the bottom of a valley.

I considered going up White Hill G/SP-006 which is probably my nearest 2 point summit but my wife sent me a message after her journey to work saying that the roads around Ingleton were covered in snow. I didn’t fancy risking taking the rural single track road to the forest of Bowland, so instead I thought I’d activate Sharp Haw, G/NP-029, which involves just a very short piece of single track road (Bog Lane) off the main road.

Knowing that Richard’s home brew radio operates on 40m and 20m, I opted to pack my MTR-2B 40m/20m rig. Cracoe Fell is line of sight from Sharp Haw, so I wouldn’t need much power. I would have used a QRPp rig, but I needed frequency agility in order to chase. I put my little lipo battery on charge and waited until it was full until I set off from home. I left home at about 10am. The A65 had a bit of slush on but nothing too scary. I opted to take the main road round to Bog Lane, rather than cutting up through Stirton.

I chose to wear wellies to walk up Sharp Haw from Bog Lane as I know that the route is always muddy. The wellies were a wise choice although I wish that I had put thicker socks on as my feet were soon very cold.

I reached the summit at around 1200 noon, so I had 30 minutes to get sorted if Richard was sticking to his 1230 Alert time. I gambled that Richard would start on 40m, so I set up for 40m using my linked dipole on a 7m pole on the lee side of the hill. I had a great view of Cracoe Fell from my operating position. Richard wasn’t aware that I was attempting an S2S with him. I put out a few calls without a spot or alert and I worked a few stations, but unfortunately I was suffering from what sounded like deliberate QRM. I was tuning around looking for a new frequency when I saw the spot for Richard on 7.0308 pop up on SOTAwatch. Result! I used the direct frequency entry feature and tuned my MTR to Richard’s frequency. I heard the end of G4YBU’s QSO and then tail ended. Boom! Richard responded straight away. Mission complete! I did consider packing up as time was limited (household chores to do!), but I thought it would be courteous to spot myself and work until the callers dried up. After a handful more QSO’s I packed up and took a few photos, before marching back to the car.

I was home for before 2pm which meant I could catch up on my chores before my wife got back from work! 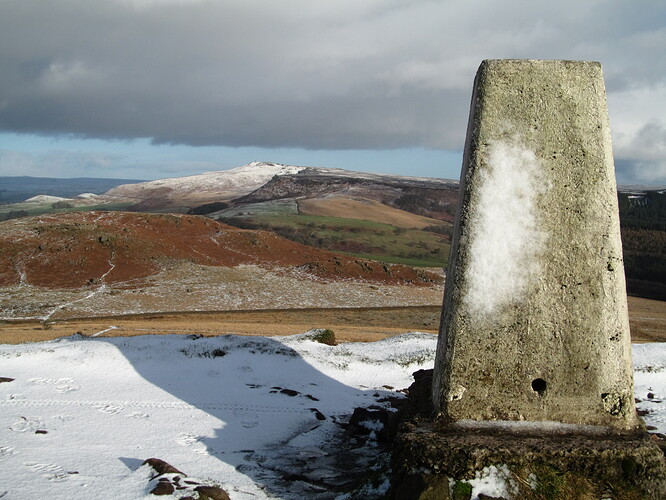 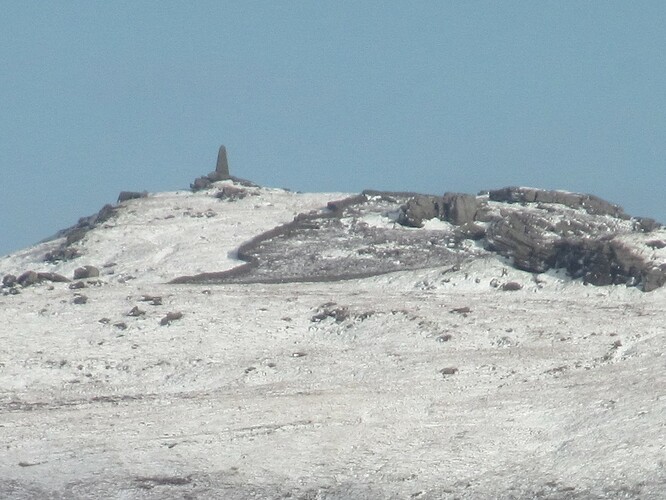 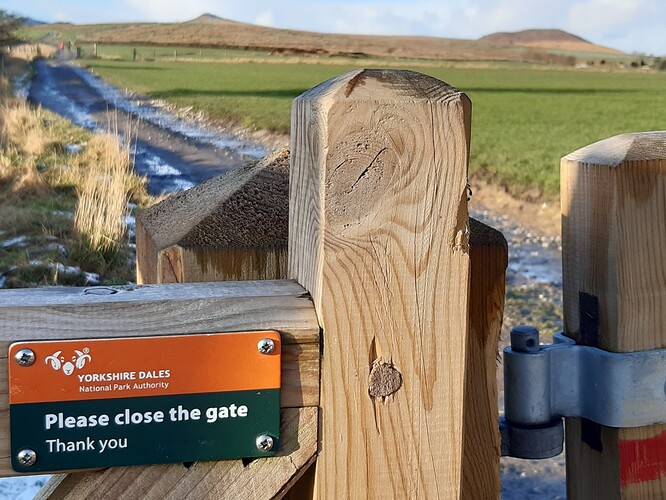 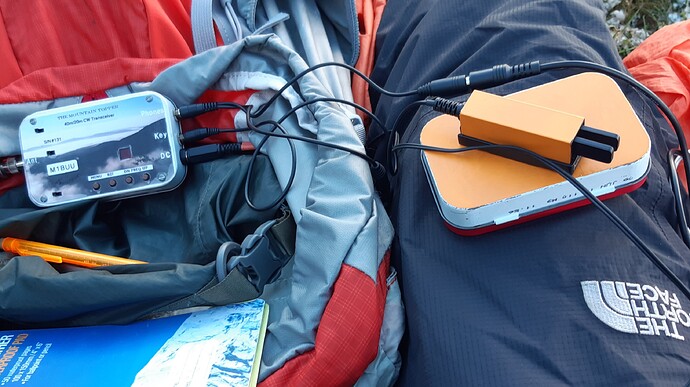 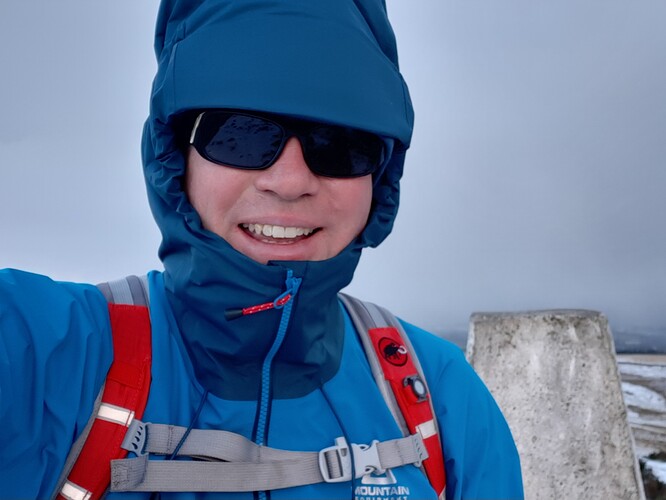 Thanks Colin for your interesting report with nice photos. I do like reading your reports.

Geoff vk3sq HNY to you

It was good to get the S2S Colin. I need to memorise all my local SOTA references because it wasn’t until I got home that I realised that you were so close. I was sheltering behind a huge boulder so I couldn’t see Sharp Haw. I left home and started the activation slightly earlier than planned so I’m glad you caught me although I am sure 20m would also have worked!

That has to be one of the most well named roads leading to a SOTA summit start point.

I always take alert times with a pinch of salt. It all just worked perfectly yesterday, even down to the fact that my antenna pole collapsed as I’d just finished sending ‘QRT’!

Yes, Bog Lane is a very apt name! My wellies definitely were a good idea, I couldn’t have done it in walking boots without getting wet feet.

The mission for this activation was to try to work Guru @EA2IF on his birthday. The theme for today was ‘57’, as today is Guru’s 57th birthday. I looked for a summit with the reference of xx/xx-057 but my nearest one is G/LD-057, which is a private summit which needs permission to access.

As I’m time limited, I opted to do White Hill G/SP-006, which is about 15 minutes drive to the parking place from home.

I gave my wellies another outing, they are absolutely necessary for White Hill, whatever time of year!

As my intention was to work Guru, I looked at the propagation predictions and it seemed as though 20m or 17m would work with highest signal strengths, although most bands seemed to offer a path to EA. I pointed my dipole antenna with the side looking at EA (East -West alignment). To further improve my signal, I opted to use my QRP Labs amplifier with my QCX 20. 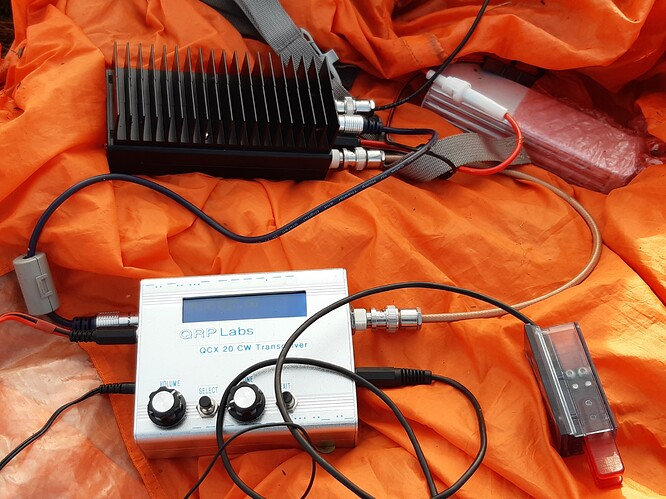 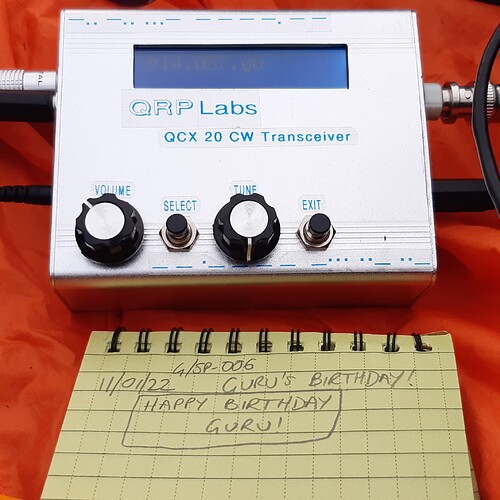 I was pleased to hear good signals from EA and then it was a pleasure to work Guru EA2IF with 599 both ways.

@G4OBK, and @WX1S obviously failed to get the memo that I wasn’t beaming their way, but I worked them anyway

Thanks for the contacts guys! The most surprising contact was with M0BKV, 250 miles away in Cornwall. I could just hear Damian calling me with the gain turned up fully, I probably would have struggled if I didn’t recognise the call.

The power made a difference Colin. I wouldn’t have expected a QRP signal on 20m over the distance (72 miles) to be such a good 549/559 as you were. You are also sending faster these days, could be your Morse receive speed has also increased, if so well done, you are sounding like an old pro!

Colin that’s Priceless!! Thanks for being there.
Happy Birthday Guru