The forecast had improved slightly for the Rhinogs today so headed over to try and activate the pair for the first time (for me).

The climb up to Rhinog Fawr from the north was steep in places with a few hands down bits, including the boulder hopping along Llyn Du, but as there was no exposure it was fine for me and enjoyable. 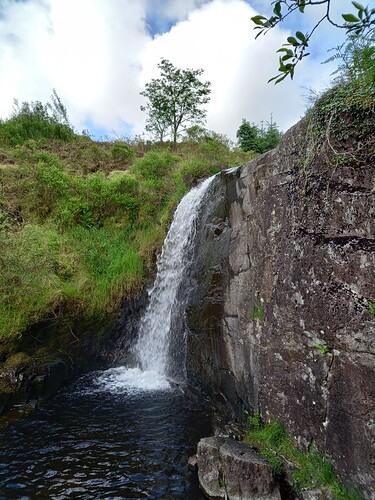 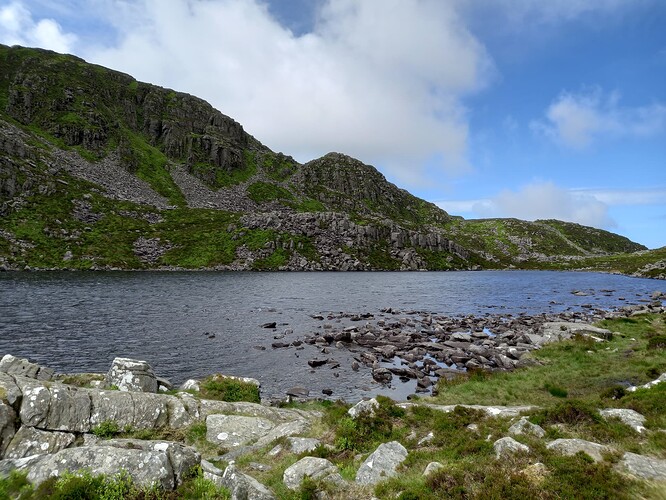 The backpackers contest was underway when I reached the summit so gave a few points away including S2S with @G4TJC and @M0KPW and regular chaser @2W0VFZ with his new 2W0 callsign but there didn’t seem to be many people on air, especially compared to the last one. Maybe it was just a poor location. 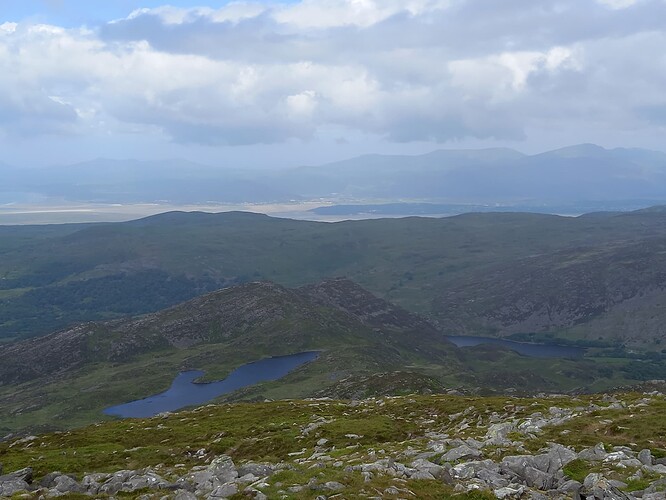 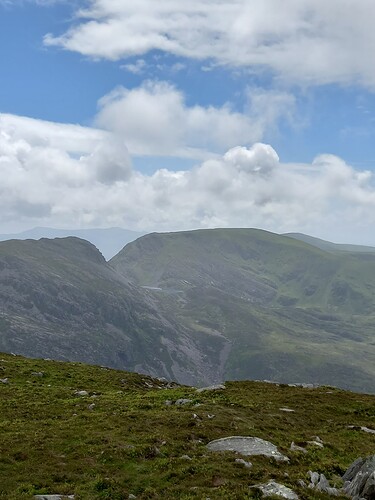 I descended to the south east following a path I had spotted on aerial photographs but isn’t marked on all maps. The path was marked with tiny 3 stone cairns almost all the way down, although you had to know where you were heading because there were many faint paths, some leading to cliff edges.

A quick check of APRS.fi on my phone showed it was still on the summit and the beacons were still being received so I decided to press on with Rhinog Fach and fetch it on the way back. 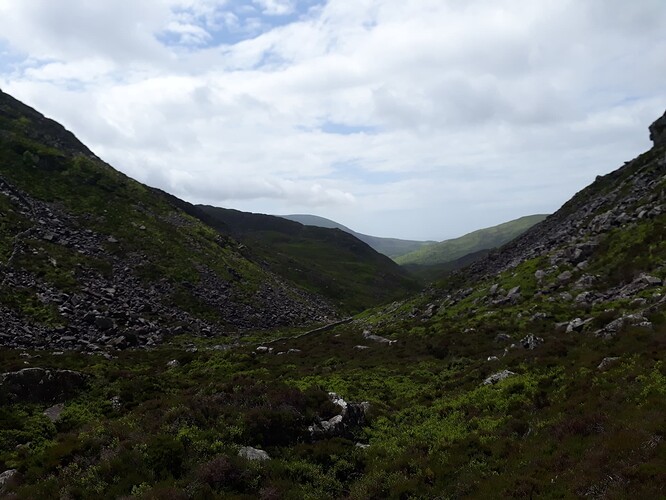 A bit of height was lost heading west down the blwch to the stile to reach the path that ascends via Llyn Cwmhosan, and lots of boulder hopping again which was fun but unexpected. I didn’t fancy the ridge route as it looked exposed in palces. The climb up to the summit was uneventful but steep in places again. After sheltering behind the wall on the summit I made 4 QSOs then headed back down. 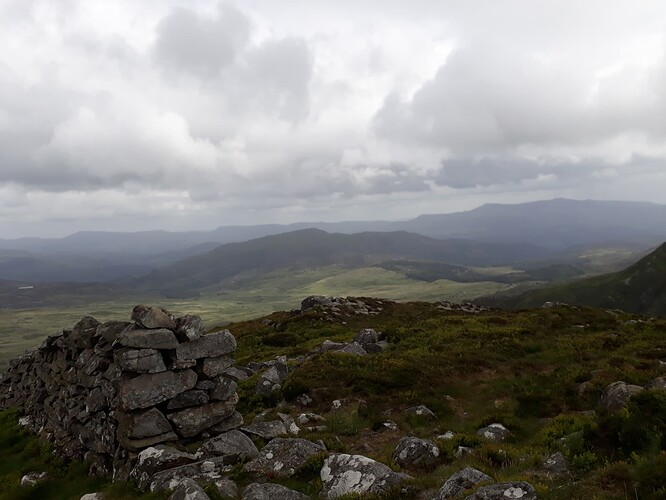 I decided to get back up Rhinog Fawr via the grassy slope on the south west which looked like a good route from the summit of Rhinog Fach but in hindsight was not a good choice as there was quite a drop down and a lot of distance to Cwm Nantcol to pick up the footpath. The footpath from Nantcol up was difficult to follow and not waymarked with 2 stone walls needing to be climbed over (the GPS showed I was at the correct crossing point and hunting up and down the wall revealed no stiles or gates) although it is access land and I think there may be a better route somewhere. Once away from all the stone walled enclosures I took the faint path east to meet the big wall along the west side of Rhinog Fawr and made my way up to the summit.

It wasn’t on the ground around the stone shelter and I tried transmitting on the calling channel which I’d left it set to but couldn’t hear anything. Listening on 144.800 was inconclusive because although I got a S7 packet on the FT817, I was also getting other reasonably strong transmissions from elsewhere.
I plugged in the last coordinates sent to APRR-IS into my phone which was slightly over towards the trig point but nothing was found.

By now it was getting late and the cloud was starting to come in so I had to give up the search and make my way back down via Llyn Du. I had run out of water several hours ago so filled up at the lake which seemed to be in a sheep free catchment and made use of those chlorine tablets I bought on a whim. I can report back tomorrow whether or not they worked

So if anyone wants to go back up there in the next week or so (forecast is looking OK) you might find yourself an Anytone HT if your eyesight is better than mine.

Fine report, thanks.
Sorry to read about your loss. Hope someone will give it back to you.

you might find yourself an Anytone HT if your eyesight is better than mine.

Its worth contacting the local police in the area (Dolgellau?). I found an SLR camera on Skiddaw in 2019 and gave it in to the local tourist office after contacting the police who advised me to do that. It was collected by the holidaymaker owner next day. Another ham I know lost a camera on Helvellyn and it was returned to him several months later. Good luck - at least it wasn’t an expensive Yaesu, Kenwood or Icom etc…

Nice report @MW0PJE Pete and cracking photos! I’d ring the Snowdonia office: 01766 770274 Everything (if not stolen) gets sent to them! Fingers crossed you’ll get it back

look forward to meeting up this weekend.