I have been using a LifePo4s battery and they seem great. However I have now had two swell on me. I believe it could be due to letting it run too low.

Could this be the case? Anyone else had this issue and I take it now it is swollen it is dead beyond repair?

I am guessing that some low voltage shut off could solve this issue but I wonder what everyone else uses.

It is it just bad luck?

I have the voltage display active on my radio so I can see how the discharge is running and normally stop when the display says 11V. (About 2.75V/cell) I only use an 817 on a 4200mAH pack so I’m not drawing massive currents. Also I do not charge it fast or hard, only at about 0.25C.

How swollen is it? Have you measured the performance, i.e. does it charge as before, does it hold charge, what’s the internal resistance of the cells, are they balanced? You should be able to tell most of this from observing what your charger is telling you.

You could be simply unlucky. Did you buy them both at the same time (maybe from same batch).

With COVID-19 affecting Chinese manufacturing, new LiFEPos are as common as rocking horse droppings so I’m treating my old one with kid gloves made easy by still being effectively locked down still. 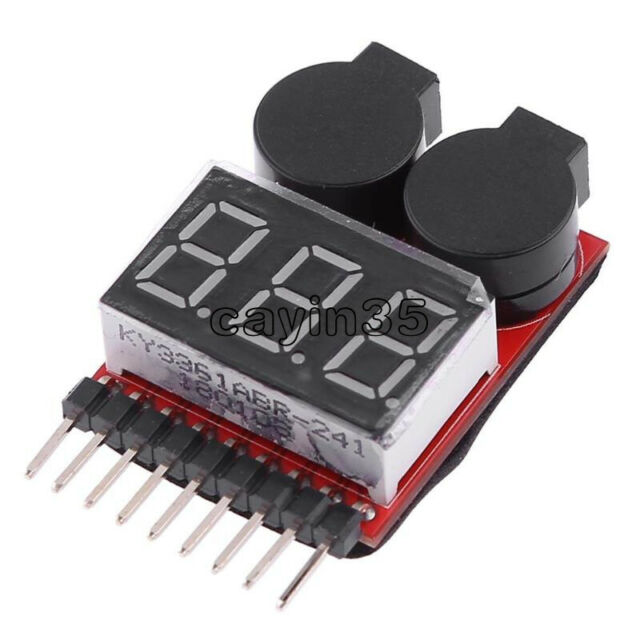 I have not had a problem with my LiFePo batteries, but I have experienced swelling with the LiPo batteries that I previously used. My understanding is that the swelling occured because I stored them in a fully charged state for an extended period of time.

Are you sure they are lifepo4 and not lipo. I have had 2 lifepo4 batteries for years. They have been heavily abused and show no signs of swelling or other defects.

With regard to the C19 manufacturing/shipping issues, does anyone know if the Bienno batteries are made in China or the US?

I have been using a Hobbyking 4S 4200mAH LiFePo4 battery for some time now, but in the last 3-4 months it has started swelling. I wanted to replace it with the same type as LiFePo4 are a more stable battery technology (compared to Li-Po) but I find the LiFePo4 hard to come by lately without spending a lot of money.

I have had the battery for a few years, and always looked after it, and never over discharged it. I did notice that the internal resistance of two of the cells had increased considerably during the last six months, so I thought it was time to retire it.

In theory the battery should have lasted longer. Batteries like to be well looked after in a stable environment, but we cart them around hills in a ruck sack, and through more temperature variations than is probably good for them.

Hobbyking is the cheap end of the market, where these batteries are concerned, and you generally get what you pay for, so this may have some impact.

I have a 4s1p-4200mAh from Hobbyking (unfortunately no longer available), that is showing swelling in a couple of cells.

However, the battery still seems to work OK, although the various cell voltages can differ a little more than they used to and it can take a while to balance charge the pack (1-2 hours), as opposed to 20-40 mins after an activation(s).

Its probably been charged around 70-80 times or so, over a 3 year period, and never overly discharged. Its hard to complain for the price I paid. I’m still using it but have the very slightly heavier 4s2p as a replacement!

Its a shame HK discontinued it, and even the 4s2p seems to be regularly out of stock!!

My understanding is that BIOENNO assemble their batteries in the US - adding their own balance-charge boards to the individual cell units. The actual cells however, I believe are still produced abroad (China) - so while they can rightly claim to build the batteries in the US - their production still relies on parts supply from abroad. They may have a reasonable buffer stock of components to help over any delays - but it’s best to contact them directly yourself and ask what the state is for the particular battery you are interested in.

Over 5 years I am now on my 3rd set of Hobby King 4200mAh LiPo 4 batteries. The spec sheet (small slip of paper with minuscule writing that nobody reads) says the temperature range is 4 - 40C. One battery ballooned at -8C and another at +50C (sunshine). The internal resistance also increased from 5 to over 20mOhms yet the capacity was only down to about 80%. The set I have now are described as Graphine. These were bought just before lockdown and only used a few times. I store my batteries at 11.1Volts and charge the evening before use. I charge at < 1C, 3Amp in my case. to 12.6V. On cold days I retain the batteries inside my clothing to keep the temperature up and in the shade on sunny days.
Compared to lead acid Slabs that I used to activate 330 Wainwrights, I am very satisfied with their life and performance.

Those values indivate a LiPo but not a LiFePo4.

They are both the same brand from Hobbyking but one was the 4200mAH and one was the 8400mAH which is a shame as that was quite expensive and only used a couple of times!

I tried to put it on the charger for a balanced charge but it comes back as failure due to I guess one or more of the cells being damaged. That is the only info it provides and I am unsure how to check anything further with this battery type!

Thanks for all the responses. Just to clarify it was a Hobbyking battery, Zippy I think. One was a 4200mAH and the most recent the 8400mAH.

I had my eyes on one of the Hobbyking Zippy 4S 4200mAH LiFePo4 for quite a while, but every time I made decision to buy they were out of stock and over time I kept finding more and complaints over life and cell’s falling in the pack.

I noticed they no longer carry that cell pack now as 4S1P but they do have the 4S2P (which for Sota is same capacity more weight on paper) but maybe that helps the pack survive more as they discontinued the 4S1P.

I was considering going LiPo with a circuit because the 18650 I have for some torches, XHDATA SW receiver and other stuff all seem very reliable, when used with the appropriate charger of course. Need to find the right circuit to use with a KX3 though, and always nervous of some eBay regulator on an expensive radio!

but every time I made decision to buy they were out of stock and over time I kept finding more and complaints over life and cell’s falling in the pack.

I noticed they no longer carry that cell pack now as 4S1P but they do have the 4S2P (which for Sota is same capacity more weight on paper) but maybe that helps the pack survive more as they discontinued the 4S1P.

The old pack was available in 4S1P (which I had) and 4S2P which I did not order 2 years ago.

I was considering going LiPo with a circuit because the 18650 I have for some torches, XHDATA SW receiver and other stuff all seem very reliable, when used with the appropriate charger of course. Need to find the right circuit to use with a KX3 though, and always nervous of some eBay regulator on an expensive radio!

I am running 3S1P DIY 18650 packs since years. As 11,1V nominal voltage is perfect for the 817, with this rig no additional DC/DC converters are used.

I’m tempted. Looking at the rules for shipping etc. there is nothing suggesting their warehouse in The Netherlands cannot ship to the UK. Hell it’s only money!

Luc ON7DQ @ON7DQ made realise that for 817 owners, this is a brilliant solution. Easy to get on planes in a USB power pack (hahahahah remember when you could just fly somewhere for a SOTApedition

), cheap as I have recovered them from laptop packs, simple to charge and more than man enough to power a couple of activations.

I was considering going LiPo with a circuit because the 18650 I have for some torches, XHDATA SW receiver and other stuff all seem very reliable when used with the appropriate charger of course. Need to find the right circuit to use with a KX3 though, and always nervous of some eBay regulator on an expensive radio!

I needed to get the 4S 5Ah LIPO batteries I had down to 13.8v at up to 5 Amps to power my Xiegu X108G rig.
After trying several buck-boost converters - inverters that reduce the voltage efficiently - I got RF interference again and again. So that was not a good idea! I am told there are some of these units who don’t wipe out 20m or 40m with hash, I never managed to find one though.

My next option was to use high current diodes (6 of them if I remember correctly) in both the plus and minus leads of my 4S 16.4v charged LIPO battery. The diodes each drop a fraction of a volt. This solution actually worked fine, and I used it for several months however it did have one small problem. The diodes get VERY hot. So hot that on one activation the solder between two of the diodes actually melted! The diodes and battery were fine just this “automatic fuse” took me off the air. I didn’t give up though and rather than soldering the diodes together I then mounted them in high current terminal block. This solution then worked fine for several more months until I decided to change it.
Of course all that heat was energy from the battery being wasted and not an ideal solution as I had to be careful not to leave something on top of the diodes in the battery box.

My current solution is to go back to how one would approach this in a normal radio circuit using a LM338 5A adjustable voltage regulator semiconductor mounted on a small heatsink and with resistors to give the required output voltage. This circuit does not get hot at all and creates no RF interference. 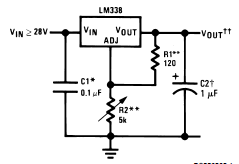 I basically went with this circuit but substituted a fixed resistor for the variable.

I’ve had a few batteries from hobby king @M0WTL and use the fleabay alarms @G4IPB mentioned, but the ones with the single loudenscreecher (which a bit of hot melt glue down the hole - it makes them a bit calmer).

The hobby king batteries I had felt swollen but it is a plastic covering round the cells that makes them feel swollen, I had exactly the same concern as you.

Thanks. mine is definitely swollen and even though I have power out of the two main cables if I plug into the charger it says there is a cell failure. I’m guessing it is dead (or dying) and don’t know how I might save it if at all - expecially without creating any fire risk!

I have the screecher alarm but I didn’t use it on this occasion as the noise is so annoying and loud even one first plug in. Your glue tip could be the way to go to protect future batteries!