The SOTA summit of “Welsh Mountain West” W3/PD-033 is within the boundaries of the Welsh Mountain Nature Preserve, managed by the Lancaster County Conservancy. It is in the East Earl Township section of Lancaster County, Pennsylvania. Best access is from Gault Road, off of PA Route 897 (Springville Road). PA Route 897 intercepts US Route 322 (28th Division Highway) to the North and PA 340 (Old Philadelphia Pike) to the South. The activation zone extends to a roadside pull-off and a Nature Preserve parking lot COMPLETE WITH STURDY LOCKABLE GATES, which will be secured as darkness approaches. Both parking options are directly on Gualt Road. That can make this a drive up accessible summit if that is a requirement for you. Being Amish Country, use caution if you encounter a slow moving Horse Drawn Buggy. The Nature Preserve is a Leave No Trace area. It also prohibits removing flora, fauna, rocks, minerals and fossils. Hikers are required to remain on the blazed trails. http://www.lancasterconservancy.org/preserve/welsh-mountain/

The closest available parking option for this woodland SOTA summit is at a roadside pull-off on Gault Road, which does NOT have any lockable gates to concern you. The pull-off is centered on a Red Trail, having trail-head coordinates of 40.0890°, -76.0044°. There is also an Orange Trail about 150 feet southeast of the pull-off along Gault Road, with trail-head coordinates of 40.0888°, -76.0039°. The Orange Blazed Trail will be the most direct path to the summit area, but the trail-head can be overgrown by weeds and thorns. This can make the Orange trail-head harder to spot. You are looking for a large diameter Orange trail-head marker, about 3 feet tall, set back about a yard from the transition edge of grass to more substantial vegetation.

The Red Trail at the pull-off has a much wider trail-head that is not likely to be overgrown, but does require you to high step over a suspended steel cable. If you do follow the Red Blazed Trail, about 100 feet in you will notice a trail spur (also Red blazed) branching off to the right. That branch will soon meet up with (cross over) the desired Orange Trail. From this Red/Orange trail crossover point, follow the Orange Blazed Trail to the summit area.

This Red/Orange trail crossover point at coordinates 40.0892°, -76.0036° is also a waypoint of interest if you park in the large Gault Road parking lot, about 800 feet southeast of the Red Trail-head (about 650 feet from the Orange Trail-head). At the left rear corner of the large parking lot, there is an Information Center at a Blue Trail. The Blue Blazed Trail-head is at coordinates 40.0878°, -76.0020°. Follow the Blue Blazed Trail until a 90 degree turn is indicated by a double Blue blaze, but keep going straight ahead, now following a Red Trail. Stay on the Red Blazed Trail until you come to the previously mentioned Red/Orange crossover point at the desired Orange Trail. Follow the Orange Blazed Trail to the summit area. The Blue Trail can be completely avoided by walking along Gault Road from the parking lot to the roadside pull off.

My topo map shows the true summit high point to be at 40.0900°, -76.0021° (marked as 1107 foot altitude). The SOTA database Summit coordinates of 40.0903°, -76.0024° (a 138 foot horizontal difference), are closer to the Orange Trail and have a bit better sight line to it from the trail. Lancaster County Conservancy regulations require you to stay on the blazed trails, making that general vicinity of the Orange Trail the closest allowed operating position. 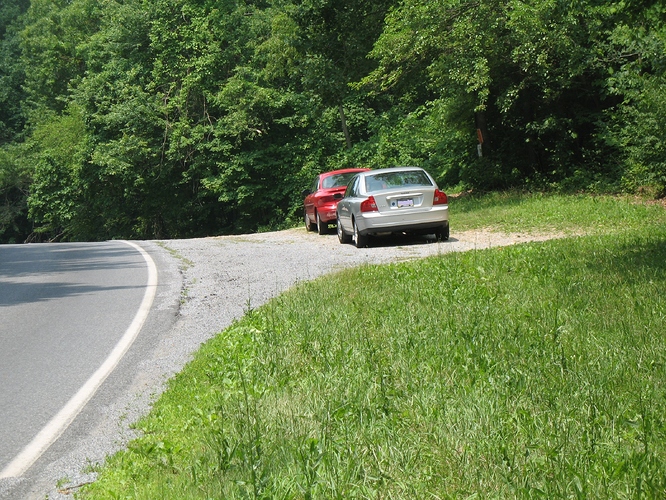 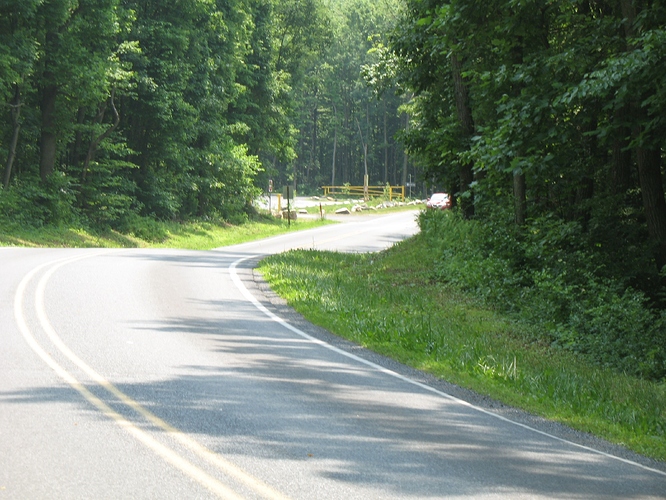 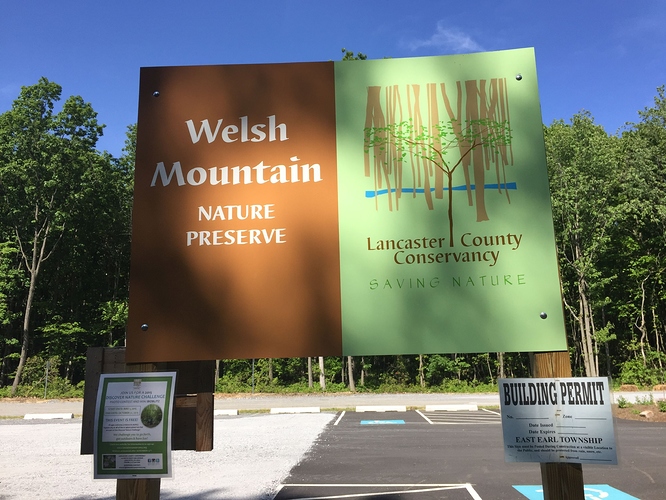 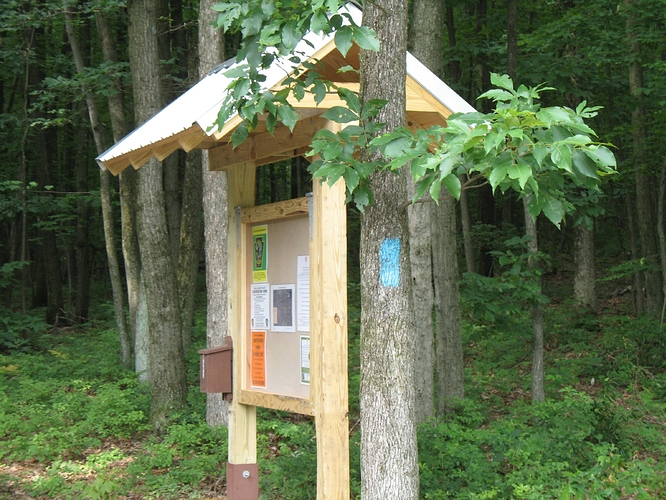 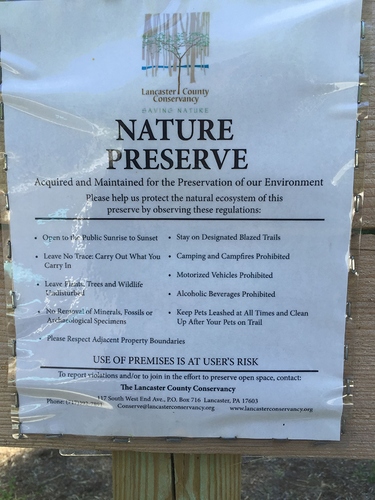 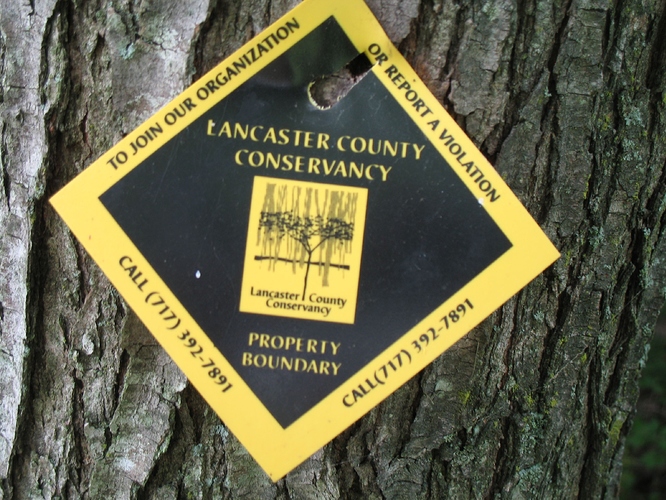 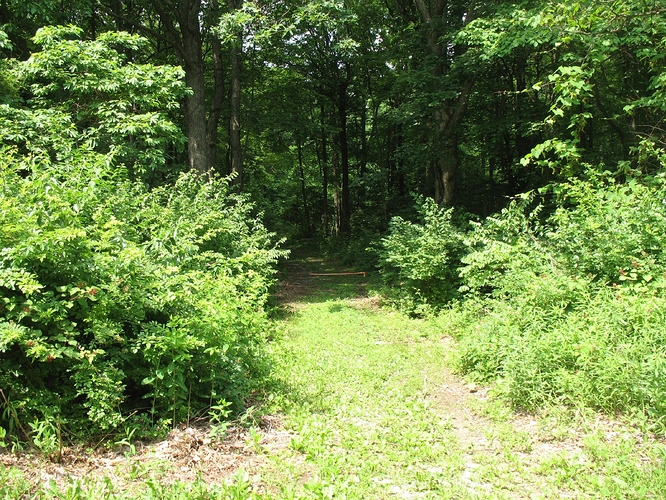 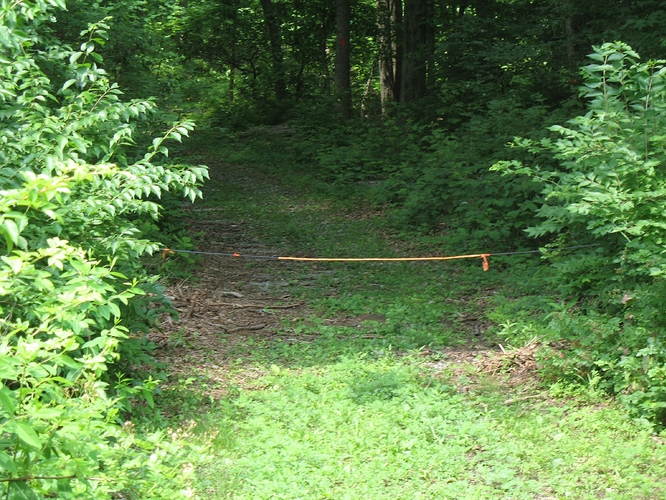 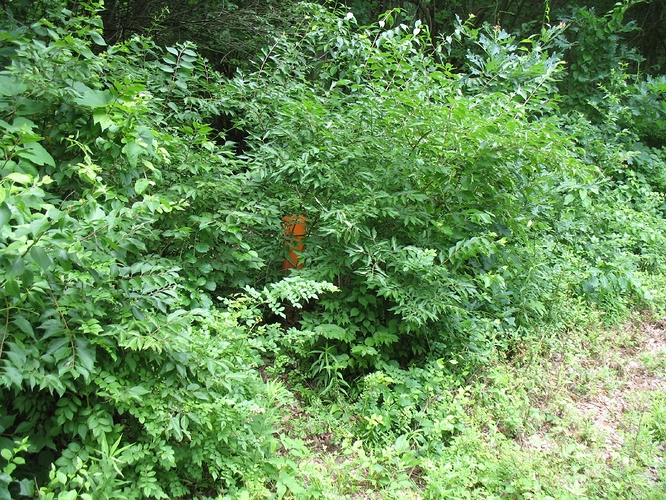 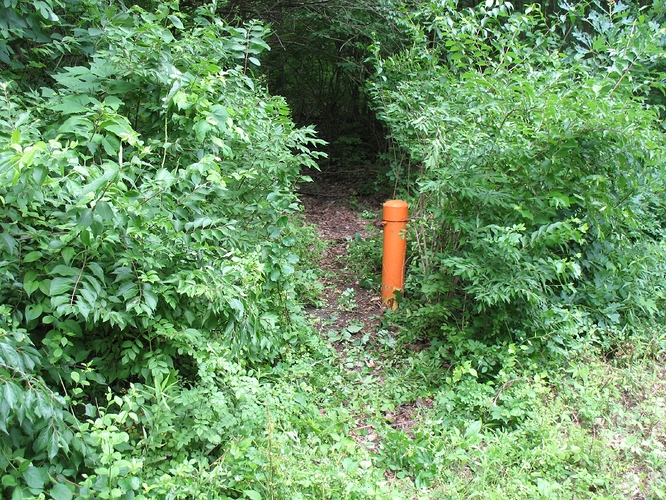 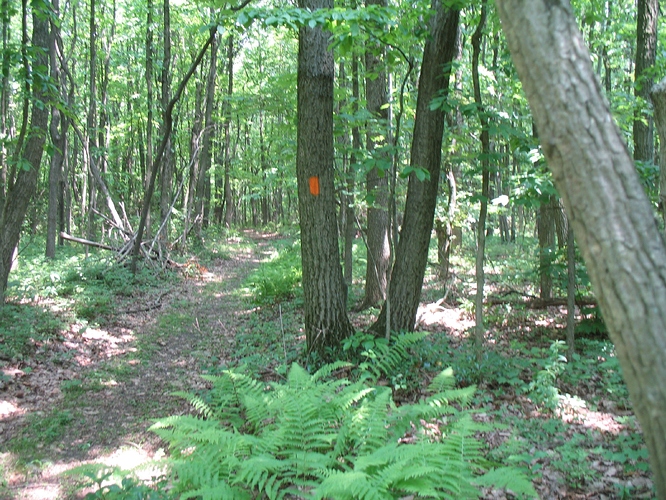 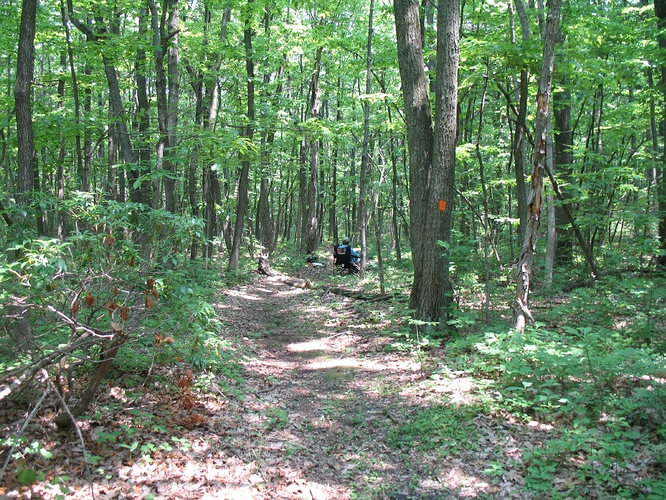 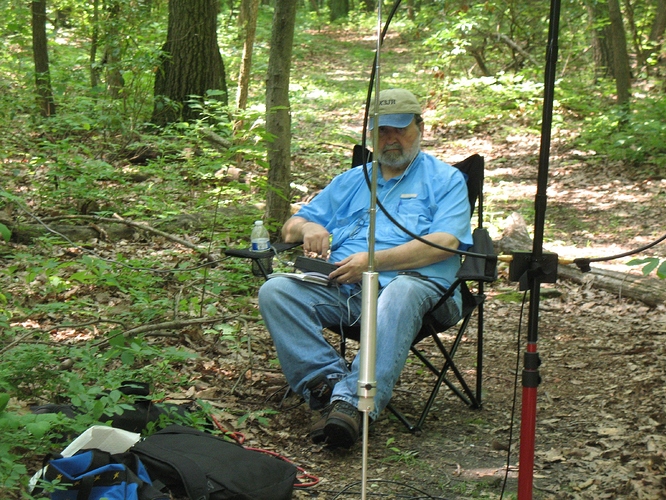 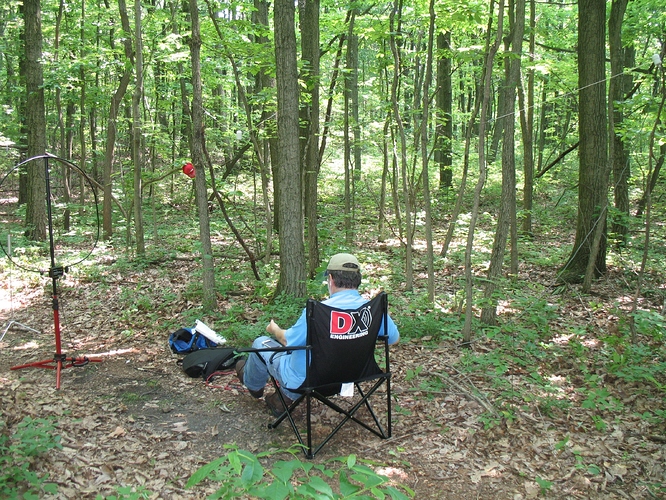