Two of my nearest winter bonus scoring summits, Pendle Hill, G/SP-005, and Boulsworth Hill, G/SP-008, are across the border from Yorkshire into Lancashire. The border actually runs across Boulsworth Hill (the actual summit is called Lad Law), with half of the hill in Yorkshire. I like to start off my winter bonus season with easier summits to get back into the groove.

I was parked up at the side of the road, just beyond the village of Barley, at 7.20am. This parking spot is popular, so I find it best to go early! It was very dark due to no street lighting and my car was the only one there (a different story upon my return later!). My parents had given me an Amazon voucher for Christmas, so I had ordered a new headtorch, which arrived this week. My old head torch is very worn, the angle adjuster is very slack to the point of useless. I found my new headtorch to be excellent! I reached the summit of Pendle Hill G/SP-005 at 0759. 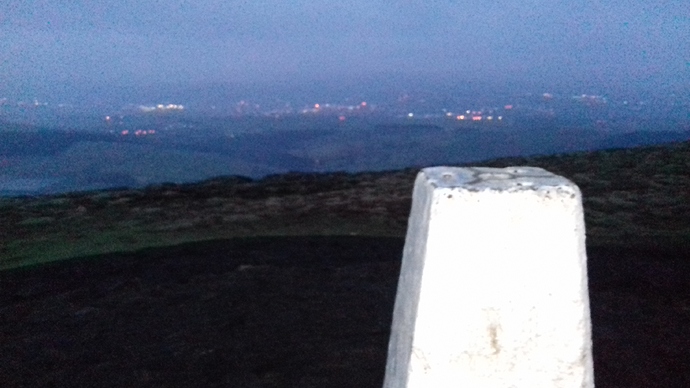 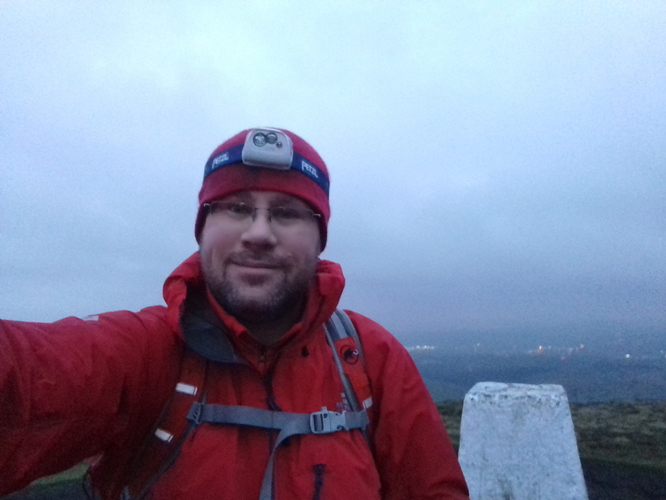 There was a moderate breeze on the summit and I was struggling to keep the pole up, so I used some additional guys on the 40/30/20 dipole. 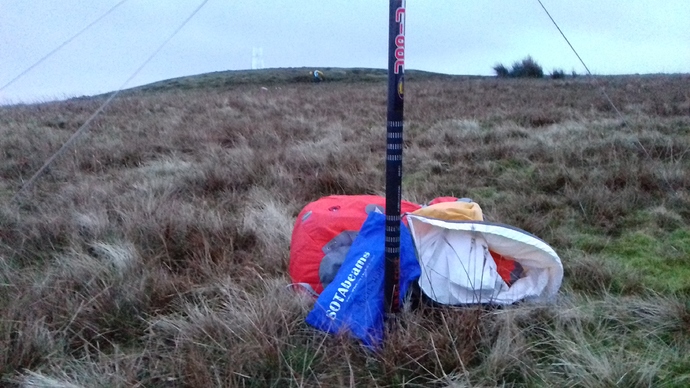 I had decided to try my PP3 powered 30m rig first, I called CQ for a few minutes and I was about to give up to conserve my battery when Marko, OH9XX answered. My circuit is based on the RockMite and it uses a ‘pulled’ crystal for frequency generation, this means it’s not on an exact ‘round numbers’ value. I have to congratulate Marko on perfectly zero beating with me - good job! Sounds trivial but I often get callers that don’t do that. No further callers were forthcoming so I changed the antenna links to 40m and fired up my first run KD1JV MTR. Qualifying on 40m with the MTR was easy although my signal reports were generally 559 and lower. Many reported QSB, I suspect my antenna was blowing around somewhat, it was also low, I didn’t want to extend the pole any higher. I worked 17 stations in 18 minutes. 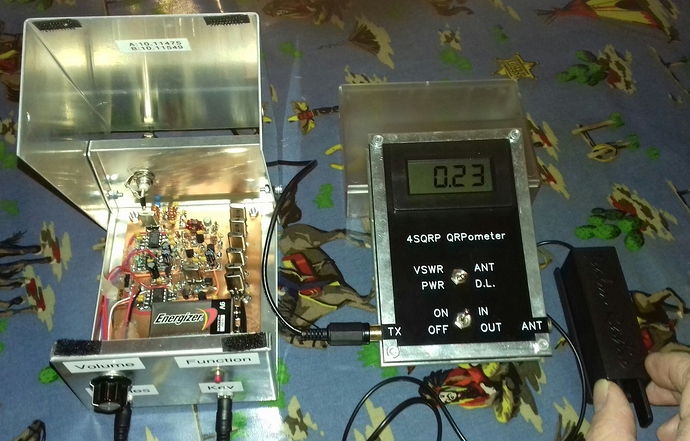 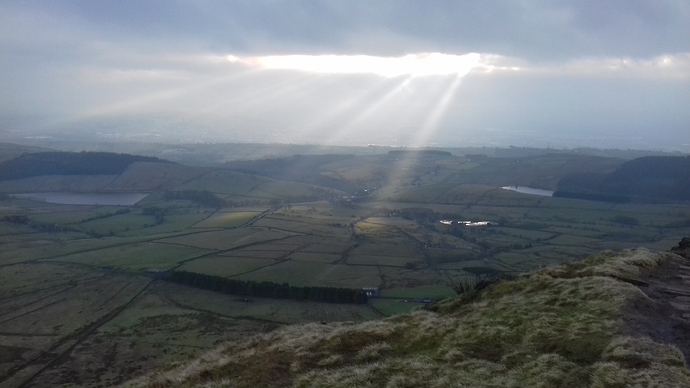 The descent was uneventful, dumping my pack in the boot of the car, I set off for the village of Trawden, which was actually in the homeward direction. I parked the car on Boulsworth Road (not much room - careful thought required!) and followed the footpath diagonally across the first field then through a stile near to a farmhouse. The farmhouse keeps fowl, particularly it seems, ducks and geese. There were also some wild ducks in the field, it was a wonderful sight! Following the path across a second field brings you out onto a private road that services a small, covered reservoir. The path to Lad Law (G/SP-008) goes up past the reservoir these signs were at the start of the path - 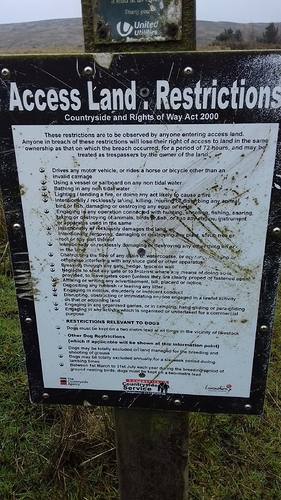 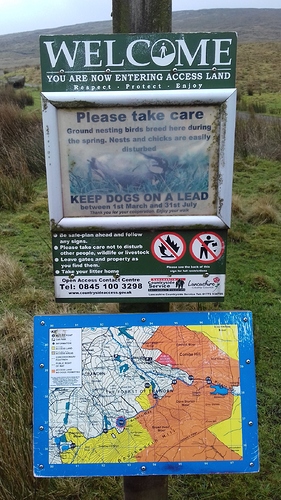 I had been challenged by a particularly grumpy ranger on a previous visit, saying that the hill was a Site of Special Scientific Interest (SSSI) and that my activities were not welcome. Having looked into the matter further, I can’t find any reference to SSSI.

The path to the summit was very typical, it was very boggy in places. It took me about an hour to make it to the bright white trig point. 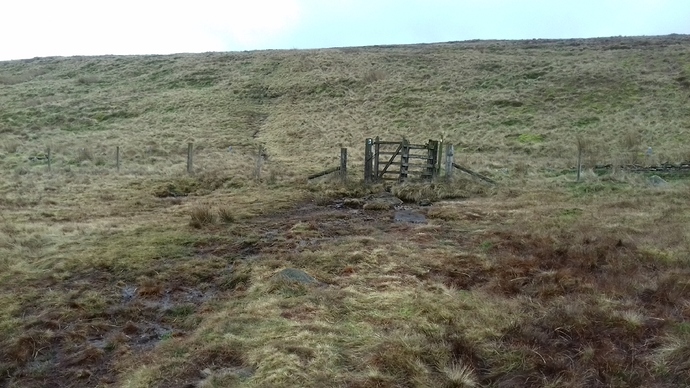 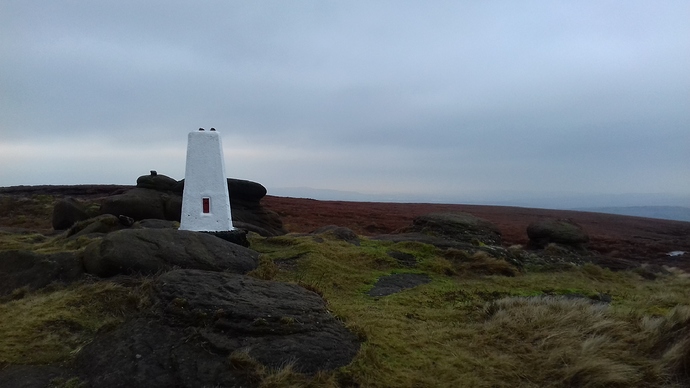 I’d swapped over my MTR at the car for a 30m/20m version and also opted to carry my lighter pole with 20m/30m dipole. Again signal reports were low but I qualified without too much effort. I’d forgotten about the HB9SOTA event, but it was still nice to log three HB9 summit to summit QSOS! 30m seemed to be workable but 20m seemed to be absolutely dire. No matter, another 5 activator points were in the bag, bringing the days total to 10 activator points. 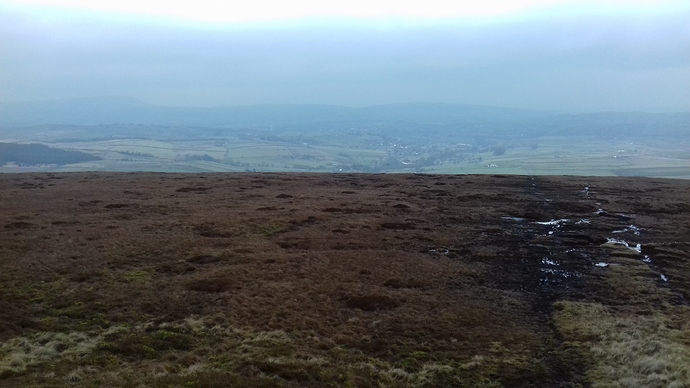 Thanks to all the chasers, it seemed as though I was tough to chase yesterday, I do my best with my ‘novelty’ transceivers! 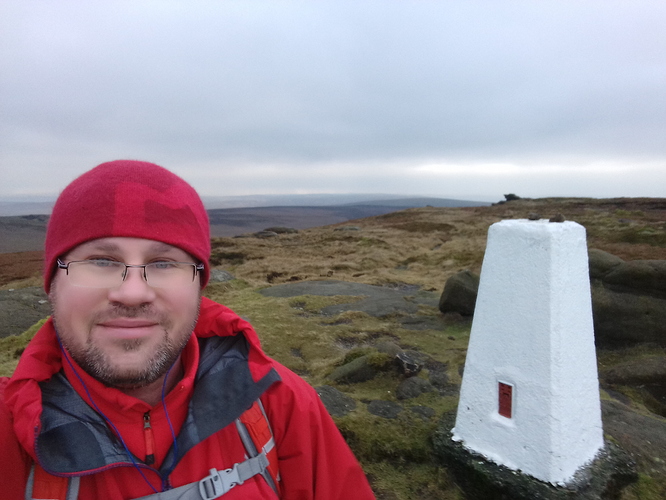 Ha ha! I had heard of a Darlington Pair before, Colin, but not a Lancashire Pair.

You live and learn.

Should I assume that the shafts of light in your photo are SOTA beams?

Sadly SOTA ‘beams’ are a rare phenomenon these days!

one could say “collectors’ items”

Colin, enjoyed your report. Those summits are close to where my wife grew up and I hope to activate them this year.

I had been challenged by a particularly grumpy ranger on a previous visit, saying that the hill was a Site of Special Scientific Interest (SSSI) and that my activities were not welcome. Having looked into the matter further, I can’t find any reference to SSSI.

There are a couple of SSSIs in the area but don’t know if you were on them. Access to SSSIs is governed by the CRoW Act 2000.
https://www.gov.uk/guidance/open-access-land-management-rights-and-responsibilities#what-people-can-do-on-your-land
Reviewing the list of what people can and cannot do, I don’t think activating the summit (done responsibly) is any more disruptive to wildlife than, say, running or climbing. I wonder what his objection was.

Has anyone else had problems with rangers or gamekeepers in CRoW land, and if so, what were their objections?

It’s funny how you can sometimes approach something in a different way and achieve instant results!

I did another search and did indeed find out that Boulsworth Hill is included in an SSSI, the South Pennine SSSI.
https://designatedsites.naturalengland.org.uk/SiteDetail.aspx?SiteCode=s1007196

I notice that my other local summit of Rombalds Moor G/NP-028 is also included.

Not sure what it really means for SOTA activators though.

Nice pics, I’ll post one of the new 6cms/13cms installation at the summit later.

Not sure what it really means for SOTA activators though.

If one sticks to the SOTA rules on activation (abide by the Countryside Code essentially), there shouldn’t be a problem. The Crow Act itself states “Any person is entitled by virtue of this subsection to enter and remain on any access land for the purposes of open-air recreation, if and so long as … [list of specific activities needing landowner’s prior approval - see my original link] _”).

You can sit, stay a while (but probably not overnight) to admire the view, have a picnic, paint a picture. Erecting a temporary antenna is not in the prescribed list of ‘must not’s’.

Obviously, diplomacy is needed if someone challenges your right to be there.

Great stuff, as ever, Colin.

Me and Jimmy have both recently upgraded to the same headtorch BTW - Petzl Actik I believe. We have also now acquired the accessory Petzl Core battery pack each for them. These are really good and recharge via a typical smartphone USB cable.

Yes, it’s the Petzl Actik. They’ve been hovering around £30 in the sales, down from £40. I did consider the ‘Core’ model but I don’t use a head torch all that often, it’s definitely very handy to have one though. At least I have the rechargeable battery option available if I wanted it, a bit scarily priced at £20 though!

Andy @MM0FMF, yes, 30m seemed to perform OK during the day, but I didn’t get any spectacular hits on the RBN. 20m was definitely depressed, it’s unusual not to get spotted by at least couple of US stations on 20m. 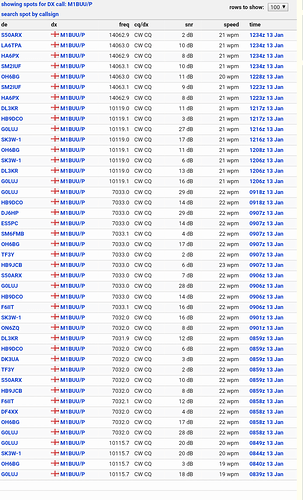 Oh, I remember the days of working down pile ups whilst operating a RockMite!

Mine will pay me back in no time, but then I do a lot of nighttime activating. Plus it’s so much easier and one less thing to worry about when you can recharge so easily (like a mobile phone) and not have to go and buy new batteries!

Very pleased with mine; could have done with it ten years ago!