I find amateur radio so interesting with all it’s different facets, I’d like to do this challenge more often, but I simply can’t spread myself so thin!

Great signal from OH9XX, perfectly in my passband resulting in a pleasing RX tone. Sadly, Marko was the only chaser to find me, but very pleased to work him!

Judging by my later contacts using my KD1JV MTRs, conditions were pretty depressed.

The best before date on my battery is January 2017!

It probably helps if there’s a link back to the end of the previous thread, so …

Any chance of somebody summarising what has happened and the results so far?
Saves wading through a (very long) discussion thread

Apparently Kjell LA1KHA and Aage LA1ENA had been discussing mimimal power SOTA activating for a while, around 10 years ago.

Kjell LA1KHA activating with RockMite 30 powered by a PP3. 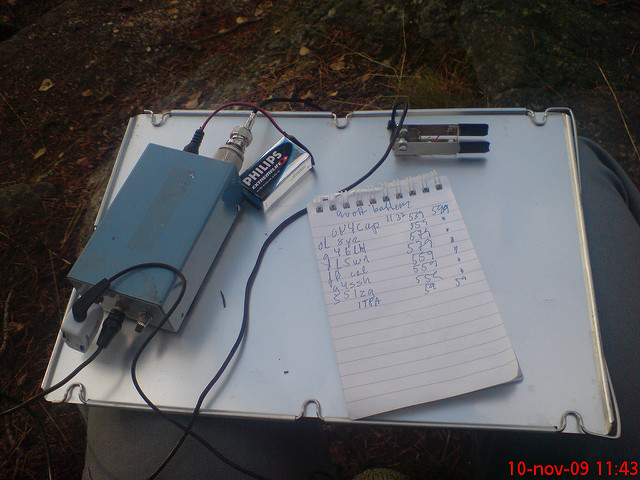 Kjell shares his experience on a reflector thread -

Richard G3CWI posts about activating with a RockMite, Kjell LA1KHA puts forward his idea for a challenge - How many QSO’s on a single Alkaline 9V battery.

Kjell puts forward the rules for the challenge -

Contest - Most QSO’s on a standard PP3 battery.

Open to all SOTA activators
All SOTA summits allowed.
Conventional PP3/MN1604 Alkaline 9V battery, any brand, non rechargeable.
Only one battery is allowed, and it should supply the entire station i.e. Receiver, transmitter, tuner, keyer, etc. (But battery for cell phone, flashlight, etc allowed. )
Any antenna type , but no fixed installation allowed.
QSO is exchange of call sign, RST and CFM/ RR
Main rules must be fair play , honest log and have fun.
The goal is to show that even a small and simple station should be able to make contacts. 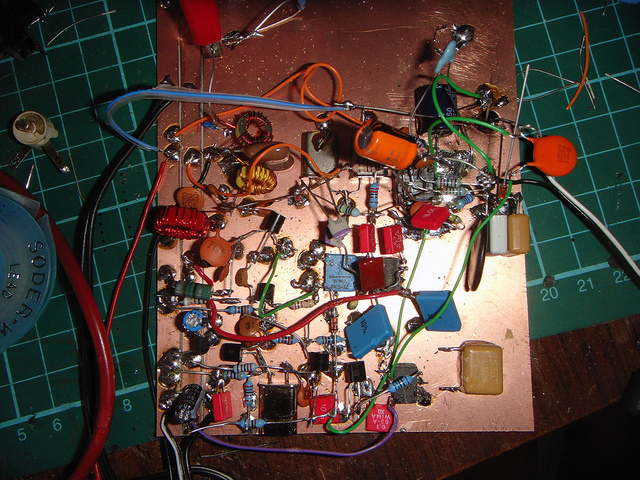 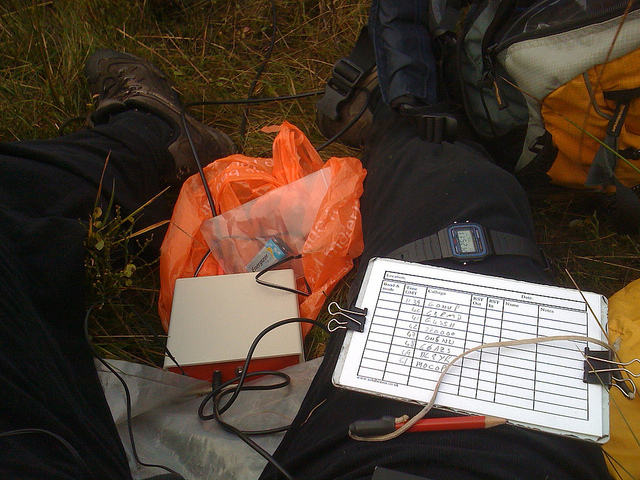 LA1KHA and LA1ENA visit the G-QRP convention and it prompts activity by G3CWI, at the same time M1BUU gets interested in the challenge and decides to build a rig. 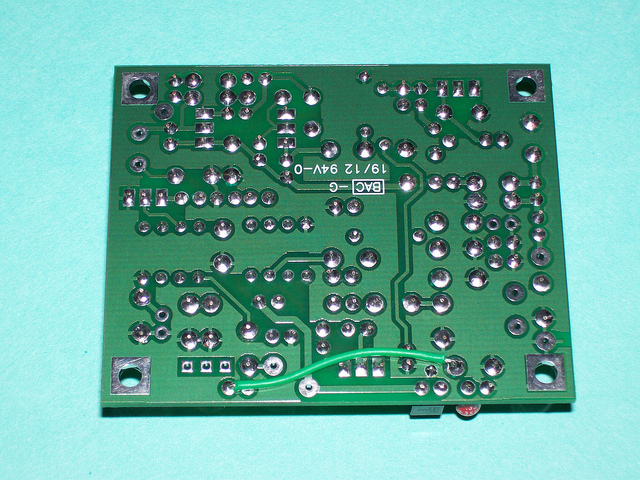 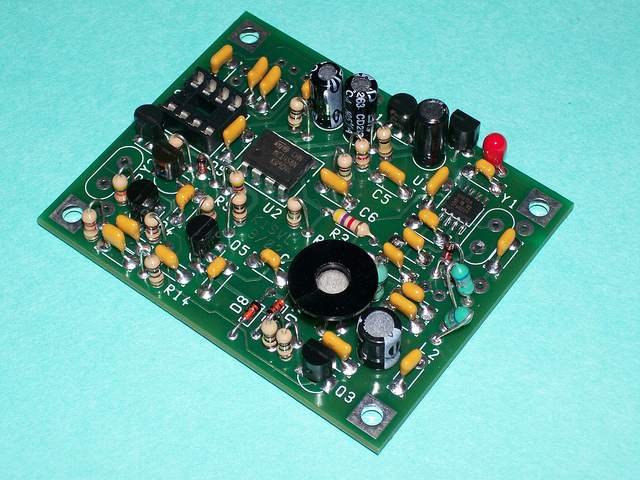 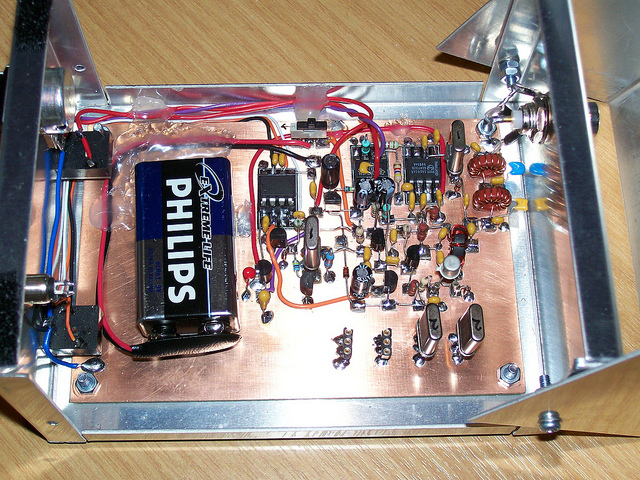 M1BUU unveils 17m Challenge rig - it kinda works, but not really a success 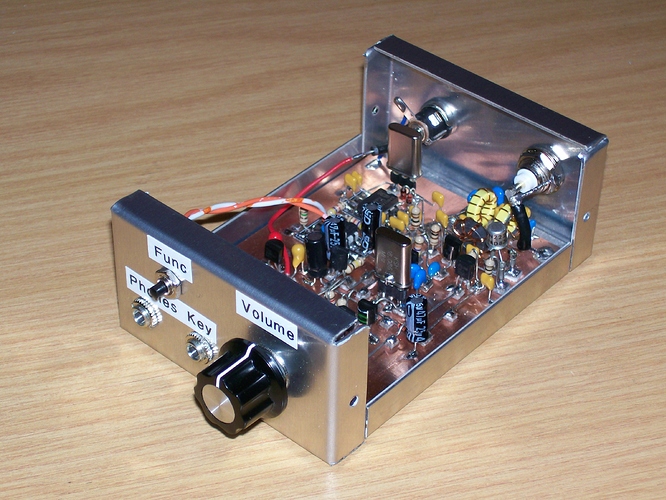 Apologies for any errors etc!
I think we soon discovered that PP3 batteries just last too long, the enthusiasm for the challenge runs out before the battery!

Will this revitalise the challenge?

I think we soon discovered that PP3 batteries just last too long, the enthusiasm for the challenge runs out before the battery!

That was certainly the case for me. My battery is still perfectly usable. However at this part of the sunspot cycle it will be a much harder challenge all round.

Thank you for this excellent summary Colin
73’s
Ian
G4WTF

With so many “Altoids tin” types of QRP radios in use (Rockmite, MTR, QCX, home designs) would these users like to see a QRP radio users honour roll in the DB?

I’m thinking that if you added an expression into the comment/notes field of every QSO you made with one of these sets, then it would be easy to produce an activator/chaser honour roll.

Any interest? It’s simple to implement for me as it leverages all the existing Microwave distance award code.

I agree with Richard G3CWI that it’s much tougher at this point of the solar cycle. When the challenge started, RBNgate hadn’t yet been implemented, self spotting was the key to getting contacts. Later with Eric’s RBNgate, and subsequently Andrew’s RBNhole, it became much easier to make SOTA contacts with QRPp rigs. Unfortunately the propagation was dying off just as the spotting services were getting better!

From the stats, it seems as though my performance is not very impressive, but Kjell’s challenge is extremely important to me. Through the challenge I learnt to activate with CW, progressing from 10wpm during my early activations, through to the 22wpm that I prefer now. The challenge also prompted me to start home brewing my own gear, culminating in an SSB rig with which I had 4 QSOs to VK. I owe all of this to taking part in the PP3 Challenge.

I believe that my 30m Challenge rig is very competitive, the lack of results is down to me initially lacking in operating skills and also down to the lack of time to do activations. I’d like to give the challenge a serious shot once the propagation has come back to us.

After reading this thread and Tom’s M1EYP one about his daily activations of Cloud and Gun, I’m feeling like getting back to my weekly activations of Mt. San Cristobal EA2/NV-119 and doing it with an MTR rig powered by a 9V alcaline battery…
I think I’m going to join the challenge…
Stay tuned

According to my notes, a standard 10MHz RockMite uses 13mA during receive, and 97mA during transmit with 160mW output, at 9 volts.

With modifications, I was able to reduce the current down to 7.4mA on RX and 68mA on TX with 173mW output, again at 9 volts.

PP3’s really struggle to supply high current so the voltage will sag during TX. I think the average capacity of an Alkaline 9v battery is in the region of 600mAh, so you’ll certainly get plenty of RX time though

Definitely a interesting experiment to see just how long a PP3 can last with an MTR.

MTR3B on RX is about 40ma. Current on tx dependent on voltage level. Give it more volts and it gets excited.

Hello.
I got a new PP3 battery. And lets try again.

Hi Kjell,
I saw your spot today and tried to copy you, but your QRPp was not powerful enough to make the trip to my receptor in EA2 land. No copy at all here.
Look forward for a future better chance.
73,

I’ve been in a bit of a home brewing mood recently, finishing a few projects in my new(ish) shack. I’ve picked up the PP3 challenge rig from the shelf a few times and thought that I really ought to put it on air again. I have a ‘Really Useful Box’ which stores my challenge battery, I’ve kept it carefully for years. The best before date on my battery (#2) is 2017! Reading through the thread above, I’ve had my battery (#2) for over 7 years! The battery outlasted the shop I bought it from

I activated Pendle Hill (G/SP-005) at the weekend and I was pleasantly surprised by the propagation, it was amazing to experience bands that seemed to be working again. I’d charged up my Lipo for my MTR5B last night, but I thought chuck the PP3 Challenge rig and ancient battery in to my pack to see if a QSO with ~100mW was even possible.

Due to a tight schedule, I thought I’d switch to Whernside G/NP-004 instead of G/NP-010, as then it leaves Pen Y Ghent free to team up with G/NP-017 for a double hill day.

I was quite elated when a watery but perfectly workable sounding HB9CLT answered my CQ calls. (RockMite RX isn’exactly 'state of the art!). A few minutes later a strong call came back from OH3GZ, I then thought, hey, crikey, I might even qualify the summit on ancient PP3 power! Sure enough, I had soon worked OK2BLD and then finally F5JKK qualified the summit for me

I put out some more CQs as I seemed to be doing rather better than I thought I would and I ended up with another 4 QSOs in the log!

I didn’t even bother getting my MTR out of the bag, I didn’t see the point.

I’ve studied my rig a little bit today, I still find it awesome that I built that little thing and I’ve managed QSOs to Switzerland, Finland, Czechia, France, Italy, Sweden, Latvia and Austria, all with a standard 9v battery. I’m blown away by it really, if I’m honest. 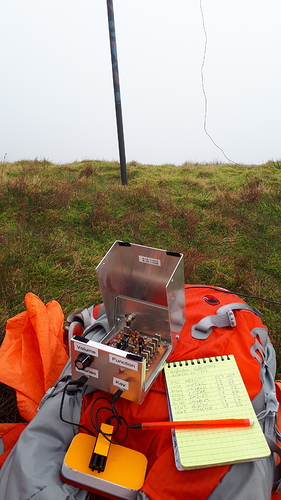