Congratulations to both of you on MG :o) 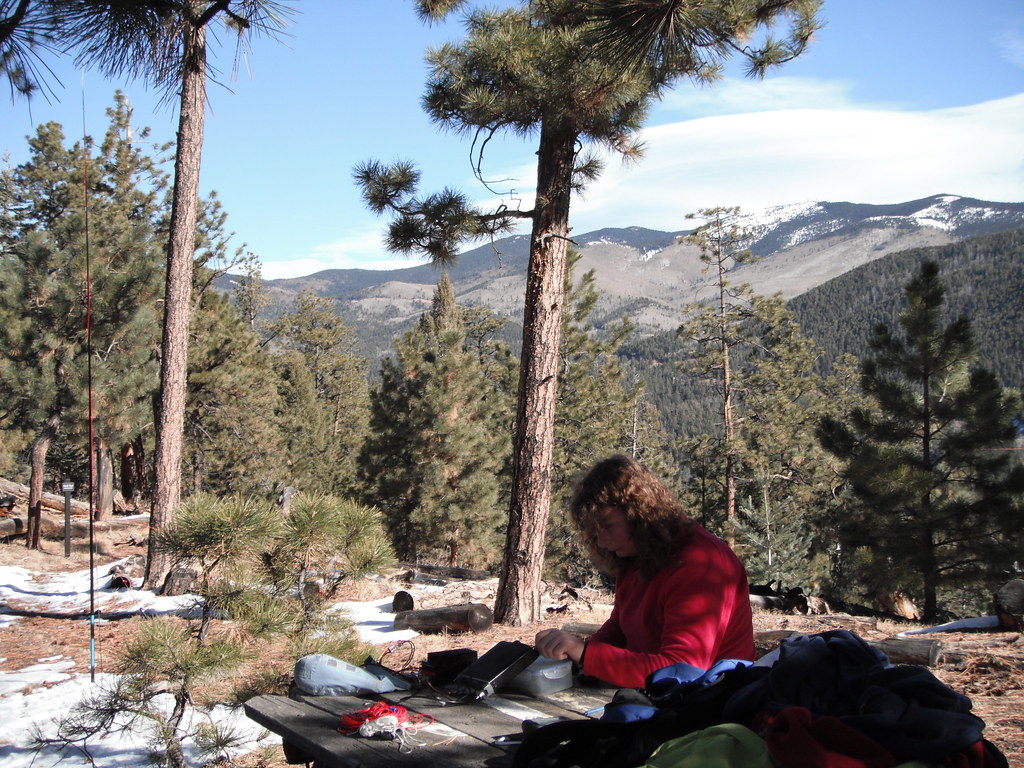 In reply to W1DMH:
Yes, well done to Fred. It’s just come as a shock that USA has been on long enough to make an MG but it seems it’s happened. Maybe Fred would like to give us a brief run down of his experiences on the way to a thousand.

In reply to W1DMH:
You are a dark horse Doug (hope that translates OK to US English).
While congratulations must be said to Fred, Doug modestly fails to mention that he qualified as 2nd US MG just two days later. So it is congratulations to you too Doug.
73 Jim G0CQK

Well done also to you Doug and thanks for the 20mtr contacts we have had.73 Don G0RQL.

Welcome aboard Fred and Doug. I hope that you will be the first of many!

In reply to G0CQK:
Jim, did you notice that Doug adroitly arranged it so that his last summit was a one-pointer, thereby landing him at exactly 1,000 points? Sly guy, that Doug
.
Elliott, K6ILM
Chaser Clown

Please do elaborate on just what you would like to hear about, John. I had been working on a set up that would be light enough, small enough, to carry with me during my other hobby of trail running, when I stumbled onto the SOTA activity two years ago. Am still modifying my set up, suffice it here to know that my 5 watt HF set up including battery, antenna supporting pole, everything, weighs about half a kilo.

Most of my hills are between 10,000 and 14,000 feet elevation. SOTA led me to many off the beaten path peaks, many requiring severe off road vehicle to approach, and bushwacking through heavy forest and steep slopes to reach. Each was a wonderful adventure, cliffs, bear, wild turkey, elk, lightning, snow, and it was a joy to have Chasers seeking a QSO at the top.

along the way, also met some pretty wonderful partners, to mention just a few of many, Carolyne and Evelyn, Steve WG0AT and his famous pack goats, Guy N7UN, Oleh KD7WPJ, Mike KD9KC and Ron WT5RZ, as well as find others nearby who were anxious to join in on the fun such as Mike KE5AKL, and Alan NM5S, both of whom will surely reach 1,000 pts rather sooner than later.

This summer I was training to run up a fourteener, famous for us, Pikes Peak,the run is known as America’s Ultimate Challenge (and has served as the World Mountain Running Championship course), and used SOTA peaks for a continually changing training ground, great fun.

When I found myself only 150 points away after running (and activating) Pikes, I got on the stick so to speak,and finished off, forty in one day and thirty in another, not knowing that Doug was busy doing the same thing on the other side of the country.

It isn’t a competition, but an accomplishment. Had I known that Doug was also seeking to finish off a Goat-one-thousand, I may have suggested that we finish together, same day, with a QSO to each other S-2-S, mano y mano, so to speak

Now that would have been somethin’, eh?

Jim, did you notice that Doug adroitly arranged it so that his last
summit was a one-pointer, thereby landing him at exactly 1,000 points?
Sly guy, that Doug
.

I was first looking to finish at the start of a 4 mt 36 point hike. I was tired after 187 points in 12 days. So I decided to do 11 points on my last day, I was trying to be in a location I could work most of my faithful vhf contacts, hence Tripyramid. But I decided to finish on a peak that I thought my XYL and KB1RJC and KB1RJD could join me on, so I reversed the order. KB1RJC Herm, and KB1RJD Merle, have been my steadfast, chasers/expedition control/cheerleaders, all an activator could want. It ended up being too late in the day for KB1RJC & KB1RJD to join me :-(, but KB1RJD did make my 4th contact from about a mile away. They saw my wife and myself off on the hike for the final 1 pointer. It was great to work so many people on the Goat activation. There was nothing economical about the 2200 mile 4 state, 2 country 12 day push It was great to have my wife there, after abandoning her for most of 12 days, in the final push. So not sly, not economical, just tired, and trying to please as many chasers as possible, and my wife Suzanne.

You two are certainly speed activators! Thanks for the addition of a little detail. The ASL of the summits is very impressive. In 1999 I was working at Colorado Springs USAF Academy and tried Mt Blodget from Monument Creek for a C47 aircraft wreck. I failed that one. The ridge became too steep for the gear I had with me to say nothing of my nerves! I remember driving up the Pikes Peak you mention, in an Oldsmobile hire car and listening to 2m FM from the top. I can’t recall if I called CQ or not but apart from some 2FM QSO’s from the continental divide, that’s probably the nearest I ever got to SOTA USA.

You are right about SOTA finding new places that you would never dream of going to and some you never knew existed. It’s great for that and it sounds like you two have become really fired up with enthusiasm via SOTA.

I was bitten by a mouse on one activation this year. That was bad enough but Bear and Elk would be right off my menu. Lightning has certainly given me some ‘excitement’ too on SOTA activations.

You too must be about the fittest doing SOTA after your final efforts to make the 1000. As for running up Pikes Peak; at 14,100ft I was breathless enough browsing the shop at the top.

Well done, hope to work you one day.