Kinder to the XYL

I’d been trying to get Marianne to join me on a walk up Kinder for a while, particularly since the installation of the new flagged - and largely flat - route from Rushup Edge. Previously, she has either declined outright, or bailed out on the morning of the day! But this time I finally got my XYL to join me! 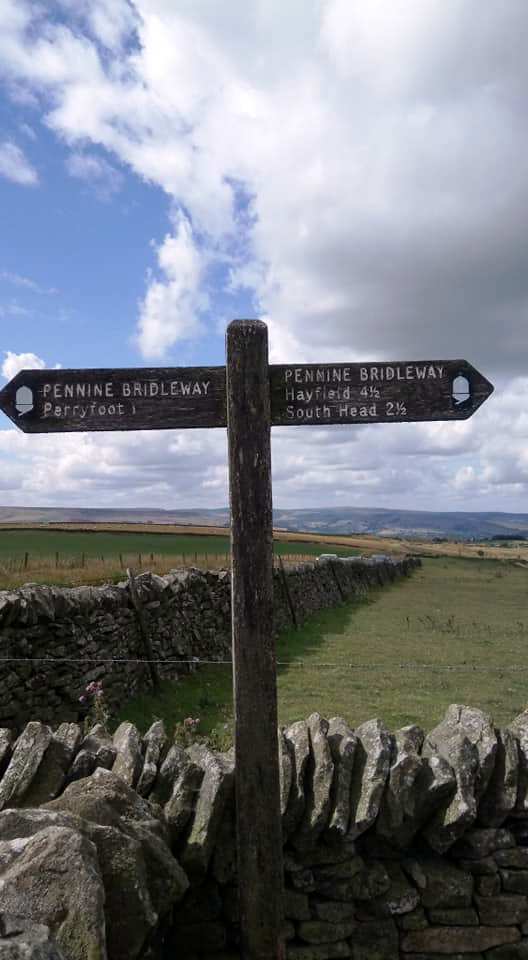 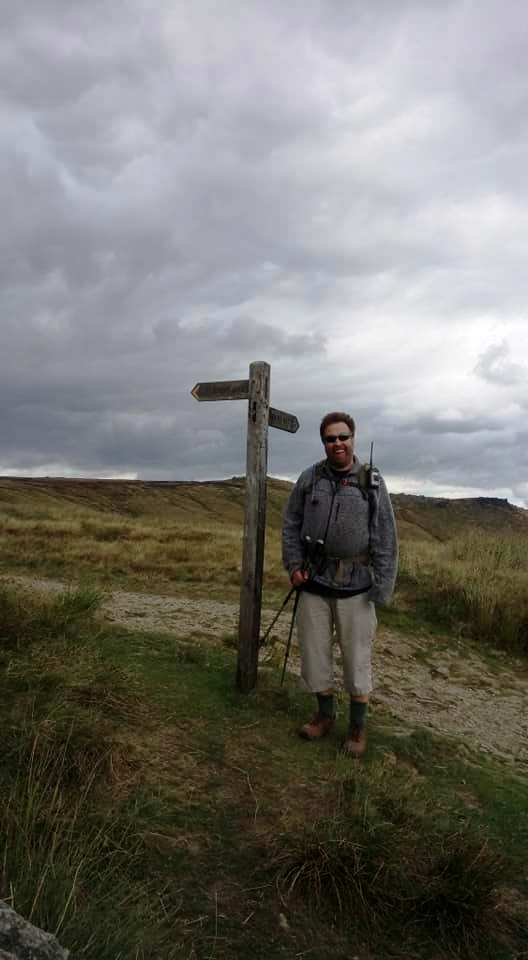 It wasn’t an early start. Maz doesn’t do early starts. By the time we had collected our picnic items from Big Tescos, it was around 1015 BST. I needed to fill-up with fuel as well, but we got to the long lay-by on Rushup Edge between Chapel-en-le-Frith and Edale, kitted up, and managed to start walking just before 11am. I was mindful of heavy rain coming in after 3pm, so went at a brisk but comfortable pace that would see walk times of 90 minutes each way. 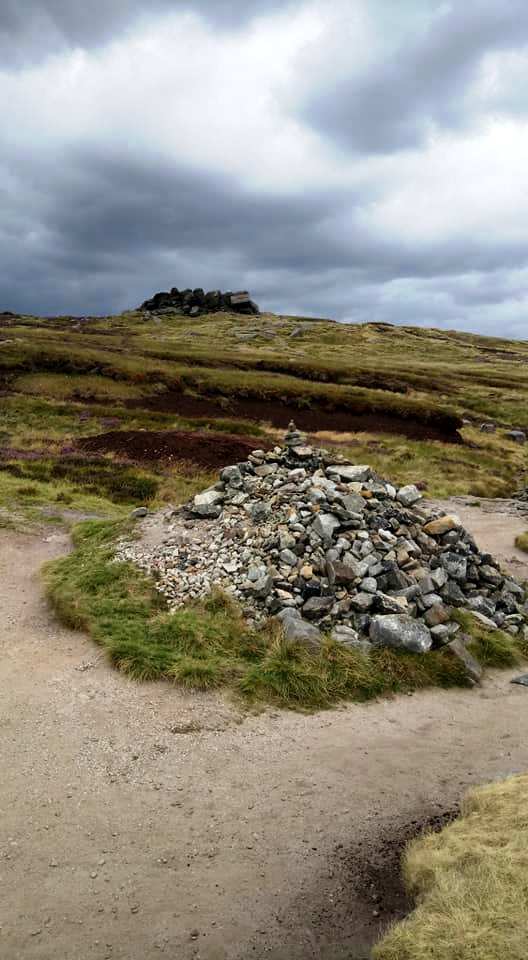 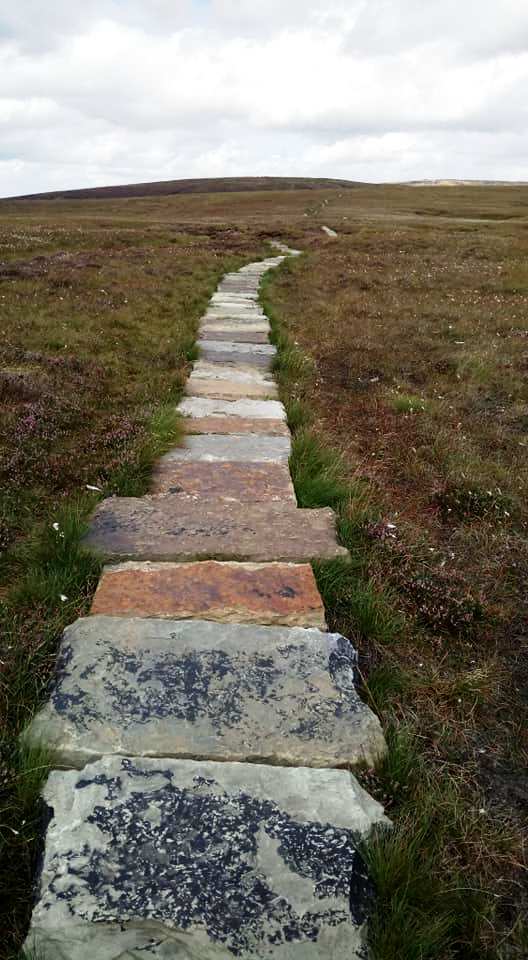 We paused at the trig point on Brown Knoll after about an hour’s walking, and ended up scoffing most of our picnic there! We then had a walk of about 30 minutes down to the Pennine Way and then uphill to Kinder Low. 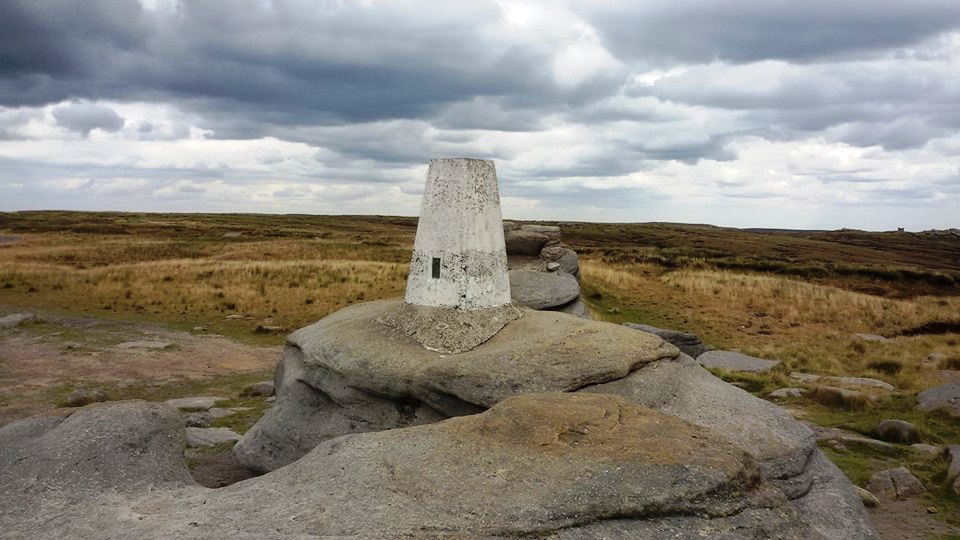 It was quite breezy across the summit, though to my surprise, Marianne wasn’t bothered by this and chose to sit on one of the large slabs of rock, not in any sheltered spot. We finished our picnic here, and I switched on the 2m handheld. 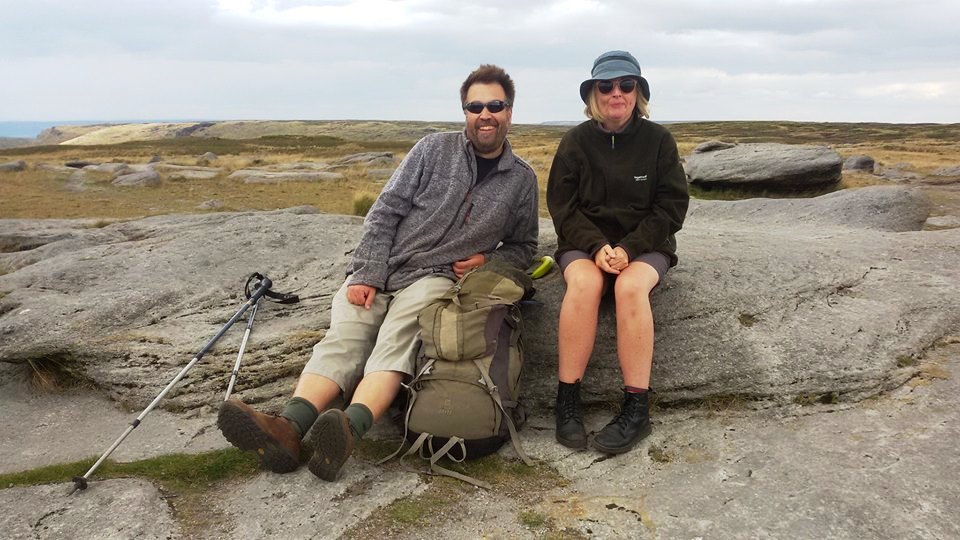 “I thought you said you weren’t bringing your radio stuff” remarked Marianne. I clarified that I wasn’t bringng my NORMAL stuff - Tracer battery, FT-817, mast, tablet, HF antenna etc - and would just be using the handie! I don’t think I was in too much trouble; she pottered around taking photos while I called. 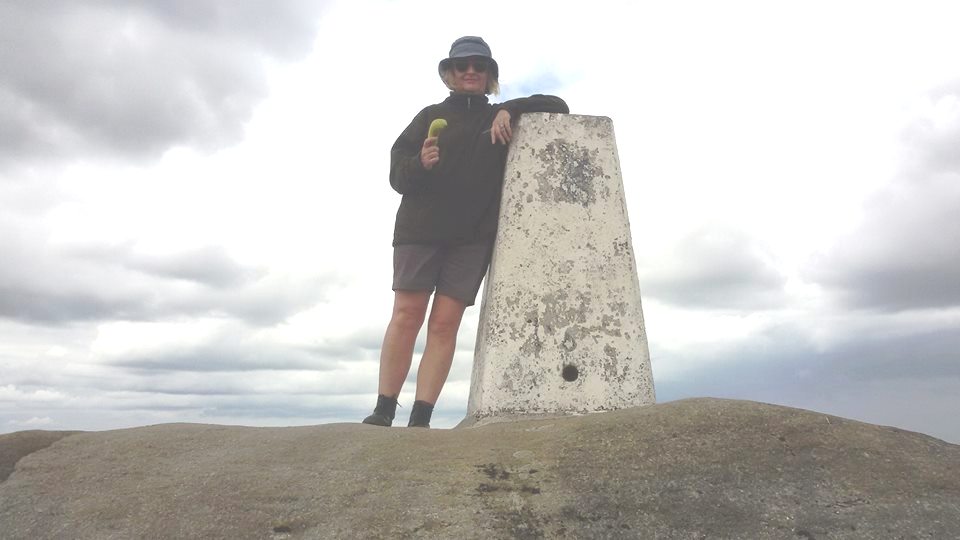 It was pretty quiet on VHF, and I made just two QSOs before Marianne indicated that she wanted to walk back. No problem, I complied immediately without argument, and set off back. Some light rain did come in around 2.45pm, a little earlier than anticipated. Light - but enough to convince us to retrieve our waterproof coats from my rucksack. It soon eased off though, and the main deluge did not occur until we had driven back down to Macclesfield.

The radio was well down the priorities for this expedition, but yet it was still a highly enjoyable day out. And another SOTA activation to enter into the log, howsoever unimpressive and mediocre that might be!

So that is what it looks like when it isn’t covered in clag! I’ve never been up there in good weather - good weather was for climbing on gritstone!

Indeed Brian. I did keep impressing upon Marianne “You never normally see these views…”

Tom, I don’t want to worry you but you had better keep you eye on that woman. The photos show her out gallivanting with some skinny bloke while you were taking the pictures.

Your activation of Kinder Scout with just 2 QSOs in the log was far better than the one I tried this afternoon on the nearby Ferrol city A Lagoa EA1/CR-034.
With a medium clearance vehicle like the one I have, it’s possible to get to the very summit by car. That’s what I did because the sky was full of thick dark grey clouds and no member of my family fancied to go to the beach this afternoon.
The clouds were releasing some few little drops of water while I was driving to the summit, but it wasn’t something serious at all as to make me abandon my plans.
As soon as I got to the summit, I started to set up and the drizzle to increase.
By the time I finished setting up, I was quite wet and the drizzle was turning into serious rain, which made me realize that a SOTA activation would not be possible at that time.
Then I took from my rucksack a 5-6m length of RG-58 with PL-259 at each end, I changed the orientation of the endfed wire sloper as to be able to get into the car with one end of the RG-58 coax while the other end kept connected to the 9:1 un-un box feeding the endfed wire.
Instead of activating, I would do some chasing.
Shortly after I got installed in the car, the rain turned into heavy rain. Some fog or low cloud was entering to the summit with an increasing wind.
Among the activators spotted on SOTAwatch at that time, I could only copy an OK1 (don’t remember the suffix now) on40m SSB. I called him, after several repeats he picked up just parts of my callsign and despite shouting out loud my callsign several times, he was unable to understand me and so NIL (Not In Log).
The wind kept blowing stronger and my fishing rod was very bent and also inclined due to a not good enough tieing of it to the trig point cylinder. The trypod I usually install to keep the endfed feeding point above the ground got pushed by the strong wind until it fell down on ground, thus pulling from the endfed wire and increasing the fishing rod bending.
Despite the rain, I got out of the car and returned the trypod to its original position.
I had to do this twice, but the strong wind and the heavy rain had got there to stay. When the trypod fell down on ground for the third time, I realised that not even chasing SOTA was going to be possible for me today from that summit.
I took my waterproof windstopper and got out of the car to quickly dismantle everything and throw it into the car boot.
I descended the mountain, drove back to Ferrol city, where it was also raining, and took some time to get the car inside the apartment building parking and once there, tidy up the mess of wires and ropes I had in the boot.
Now, I have all the wet stuff well extended for it to dry up at home.
More rain is forecasted for tomorrow, so it looks like no activations nor outdoors chasing will be possible for me.
But we’ll keep trying whenever possible.
73,