A bit of an unexpected activation today - Monday 9th July 2018. My friend and WWFF guru Adie M0PAI was talking about a walk up Kinder Scout G/SP-001 - on which the summit area now has it’s own distinct WWFF reference of GFF-0381, separate to the GFF-0014 that covers the whole of the Peak National Park. It would also be his debut SOTA activation. 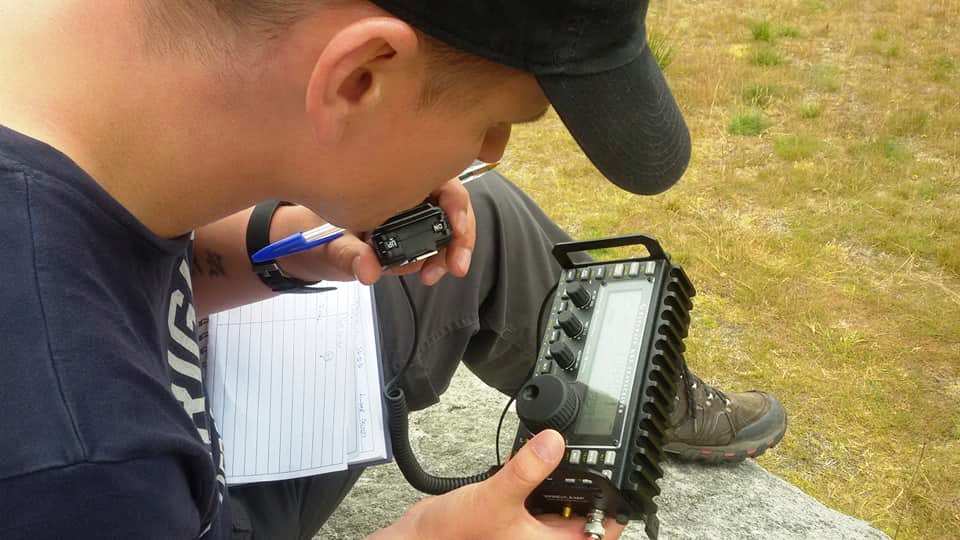 Adrian was asking me about best routes, activation points etc, so I suggested the walk-in from Rushup Edge, which is a little longer than other popular routes, but avoids boring road walking, starts a lot higher up (meaning much of the route is pretty ‘flat’) and is mainly along flagged paths, meaning progress is easy. 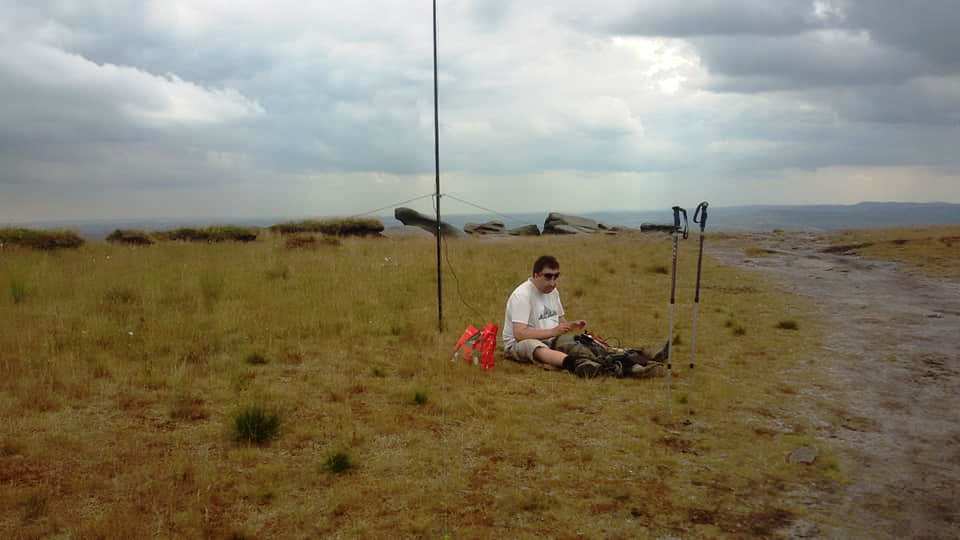 At the trig point at Brown Knoll, we met a group of girls that has started from Edale village, and were on the first day of a four-day Duke of Edinburgh Gold expedition. We made good time as we progressed down and onto the Pennine Way, helped no doubt by the cloud cover taking the edge of the sun and temperatures, although we all remained in T-shirts all day, even on the summit. That is quite rare for Kinder Scout, even in the middle of good summers! 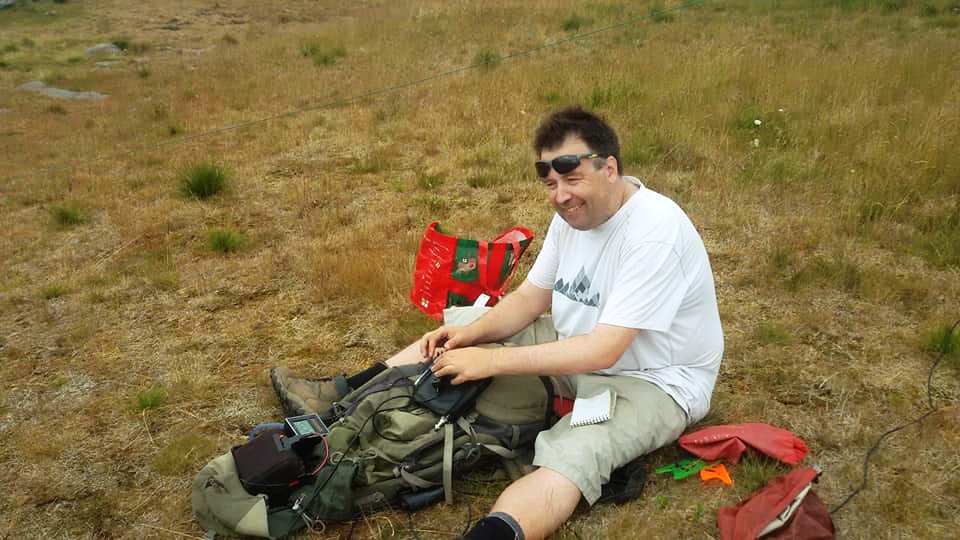 We reached Kinder Low in just over 90 minutes and set our antennas up. Adrian M0PAI was on mainly 40m SSB with an inverted-V dipole, while I was using the 20m GP. Sean M0GIA was travelling light and just using his Baofeng 2m FM handie - which he dropped somewhere around Edale Rocks, and had to go back and search for having reached the summit! Thankfully, he found it! 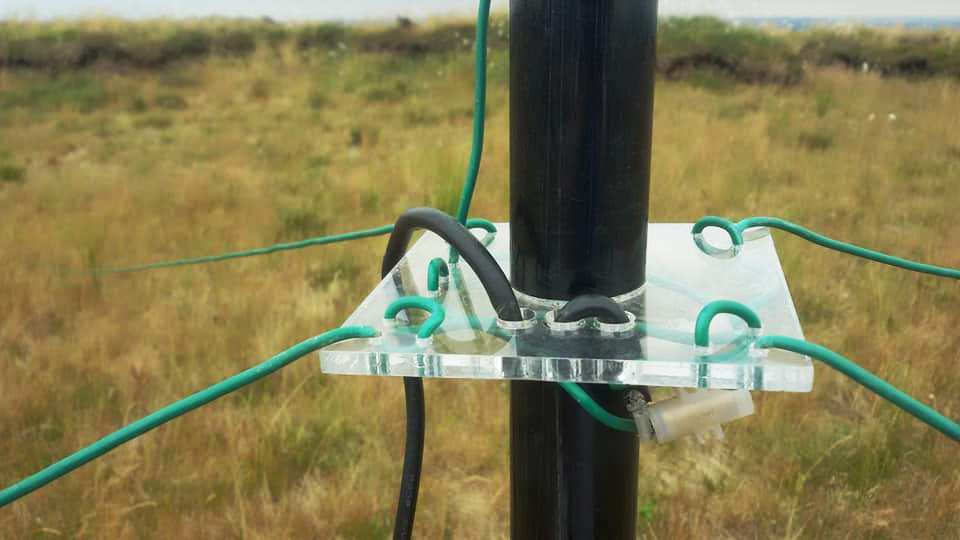 Sean was just out for the walk and company, and only made a couple of QSOs on the VHF handheld. Adie was fielding a decent pile-up from both WWFF and SOTA chasers, and ended up with 50 QSOs. Not bad for a SOTA debut. My first hour was desperately slow on FT8 with eleven contacts made. I then switched to good old CW, and rattled through a further 43 QSOs in 44 minutes. A single QSO on 2m FM with my FT70D made it a total of 55 QSOs for the activation for me. 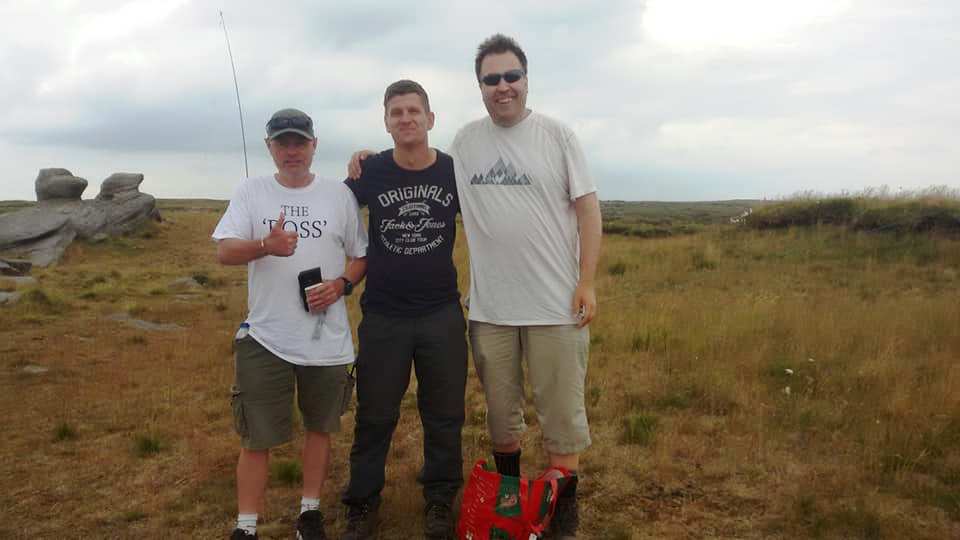 Originally, my XYL Marianne had said she would be joining me for the walk, and as a result, I had been sent out to buy picnic ingredients. As it was, she elected to stay in bed when I got up, but I still made myself a lunch of ham & egg mayonnaise sandwiches, Scotch eggs and a Gala apple. It was nice - but I still prefer soup! 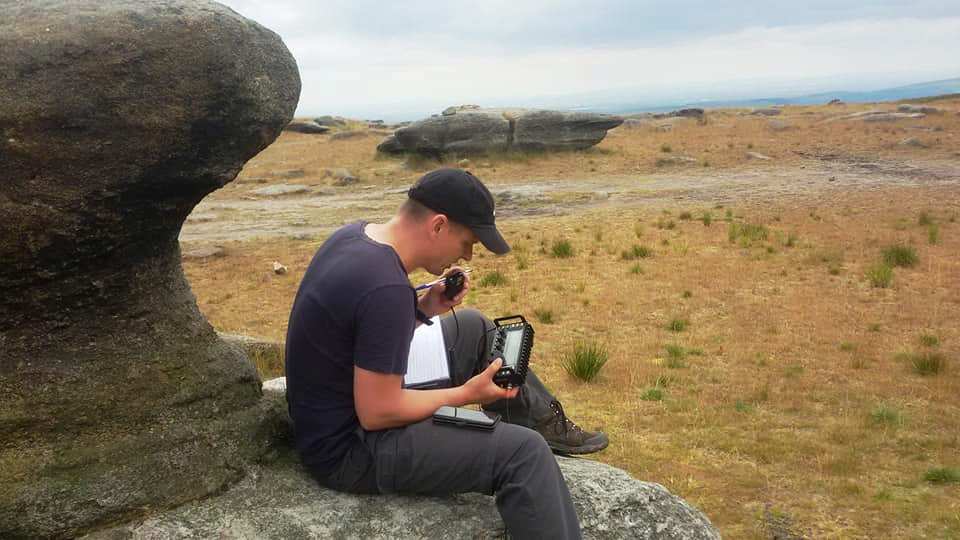 The walk down was fine, and completed in a similarly respectable time to the ascent, but we all started feeling tired, and a bit achy from the rucksack straps. Thoughts about breaking my self-imposed alcohol ban resurfaced, but fortunately time was against such demons as I had to be back in Macclesfield for a maths tutoring appointment. 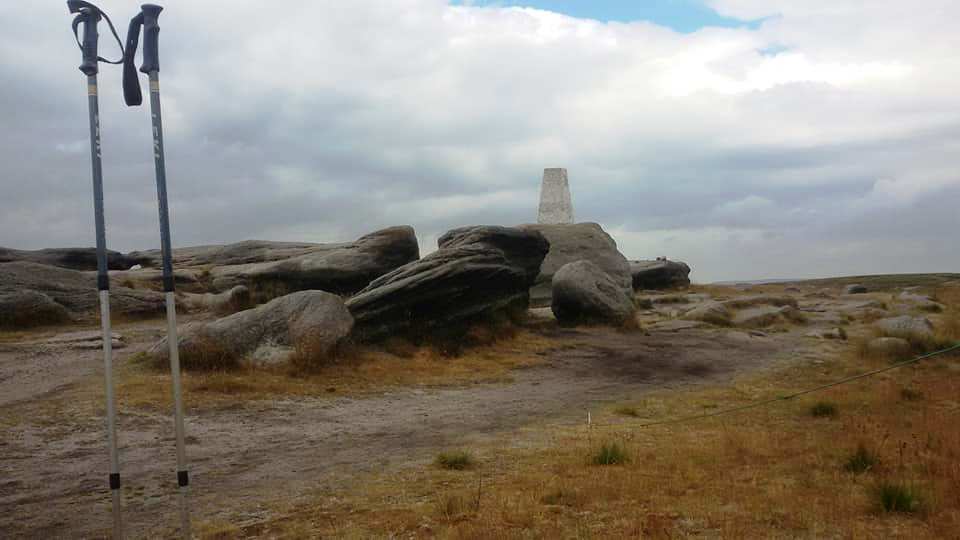 Thanks to Sean M0GIA and Adie M0PAI for their company on a great outing - and congratulations to Adie for activating his first SOTA.