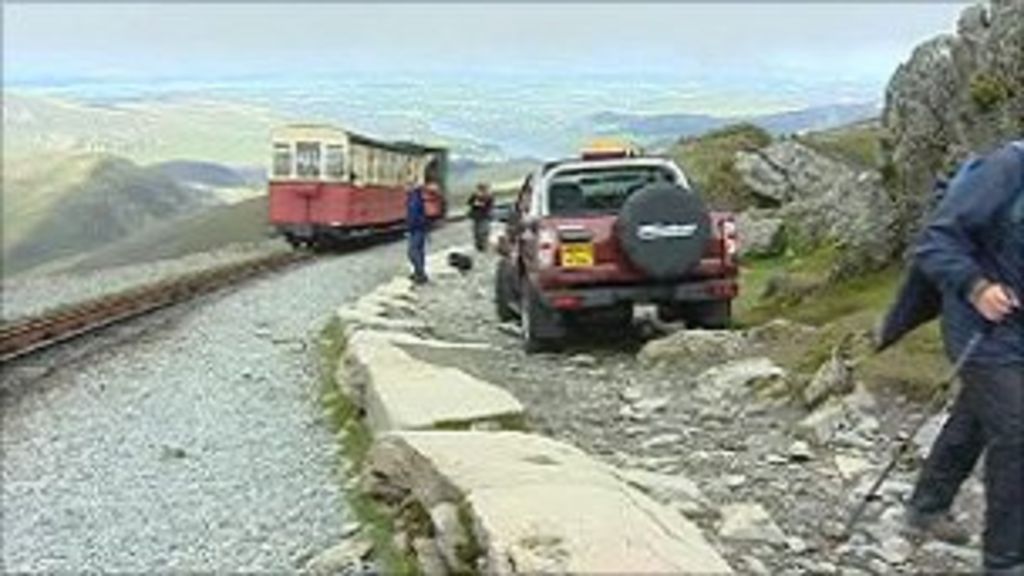 Mystery over vehicle on Snowdon

Police are investigating how a 4x4 vehicle ended up close to the summit of Snowdon.

Stuck? Should have used a Land Rover …

They must have driven on the railway track bed, good job there were no trains coming down at the time. I’m surprised it hasn’t been done before

In reply to G0PEB:
It’s not the first attempt.
http://snowdonsplendour.co.uk/wyddfa01a.html

It may be a tale of tall proportions but I have heard of at least one person who claims to have driven up Snowdon. He says they went up in a Land Rover at night in winter and it was snowing. They drove most of the way on the railway tracks and came down as dawn was breaking. They said it was okay going up and the Land Rover never missed a beat even when the snow started, but it was very scary coming down because they could see the drop. I tend to believe the guy as I know some other things he has done and a lot of it is way more scary. I could tell you whom but he would have to kill me. He who dares, Rodney and all that.

This has always been my favourite mountain story

I like the one about the late Don Whillans contracting to take a motorbike to the summit of the Ben as an advertising stunt. When he got to the top and the necessary photos had been taken, he kicked the bike and walked down to the pub in Fort Bill, leaving the support team to get the bike back down!

It’s obviously a made up Story Steve. A Land Rover would never be able to travel that far in such a short time without breaking down at least once.

It’s obviously a made up Story Steve. A Land Rover would never be able
to travel that far in such a short time without breaking down at least
once.

True, and its not the best of locations to replace a half-shaft!

It’s obviously a made up Story Steve. A Land Rover would never be able
to travel that far in such a short time without breaking down at least
once.

Well I was overtaken by a Land Rover and caravan combination yesterday. Before you ask I wasn’t going downhill.

I was astounded until I noticed the LR was on a Isuzu flatbed recovery wagon and the caravan was attached to the back of that!

In reply to G0LGS:
as a follow up from the original story: 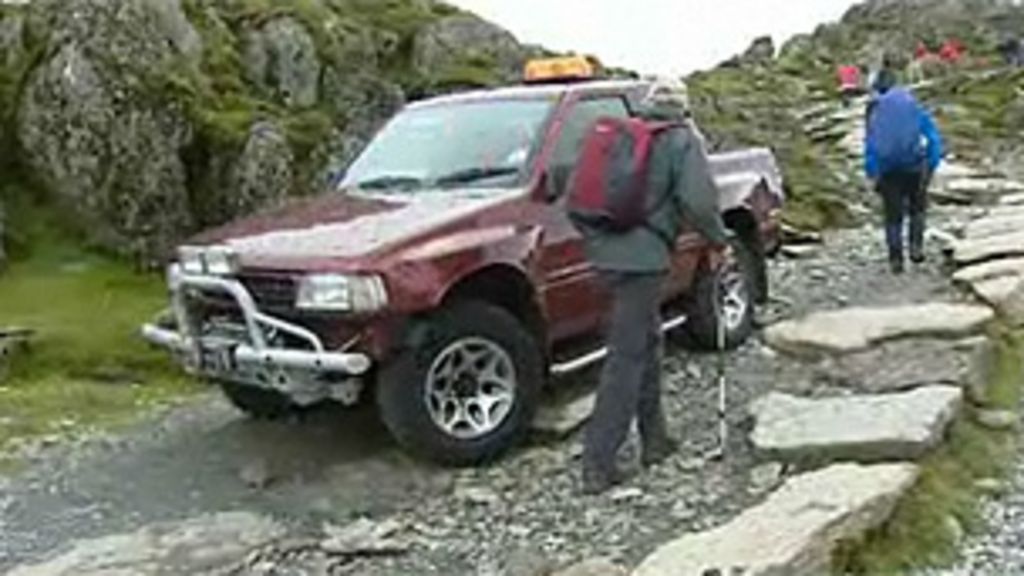 Man charged over 4x4 on Snowdon

A man is bailed, charged with a driving offence after a 4x4 vehicle was stuck close to the summit of Snowdon.

Bicycles are banned from G/SP-004 Stewart, however, they still fly up and down it. Parts of the path are in need of repair and bikes certainly don’t help the situation.