I’ve been waiting for a good WX forecast to coincide with free time for a while, I’ve been desperate to get out and do some SOTA. The forecast yesterday was workable- MWIS predicting 25 to 30 MPH winds and little or no precipitation. Over the years, I’ve made an arbitrary rule that I won’t activate in anything above a predicted 30 MPH wind.

Not sure if it’s because I’ve been unwell or because it was actually cold but I felt the cold yesterday.

I started on 40m as predicted but it seemed to take an age before I got a response to my CQs. Eventually I tallied up 6 QSOs but all were a bit of a fight, signal reports all being very low strength. It was a pleasure to work Juerg @HB9BIN for an S2S from HB/FR-019, I must have been a difficult copy at his end. I think Juerg usually runs a KX3, so I guess he could have been using 3 or 4 times the power that I was. Juerg’s signal was low with me but always readable, so a genuine R5.

Quite frankly, after my 6 QSOs and gaining the activation points, I’d had enough and my enthusiasm to try other bands had diminished, so I packed up.

At home I checked my antenna visually and for DC continuity and all seemed fine. I checked my rig and it was putting out >3.5w, so I don’t think there’s anything wrong with the rig. I have been thinking of a while that I ought to invest in a new LiPo battery, I’ve had the current one for 5 years, which I paid £6.50 for. 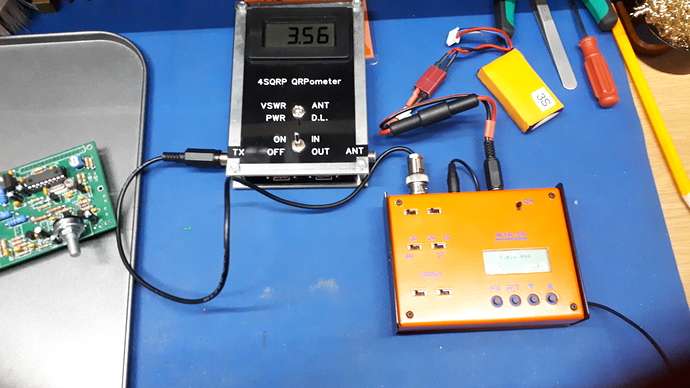 I’m building a KD1JV Altoids SWR/PWR meter, an old but unbuilt kit that I acquired from a friend last year, my plan is to keep it in my MTR bag, so that I can check VSWR if needed. 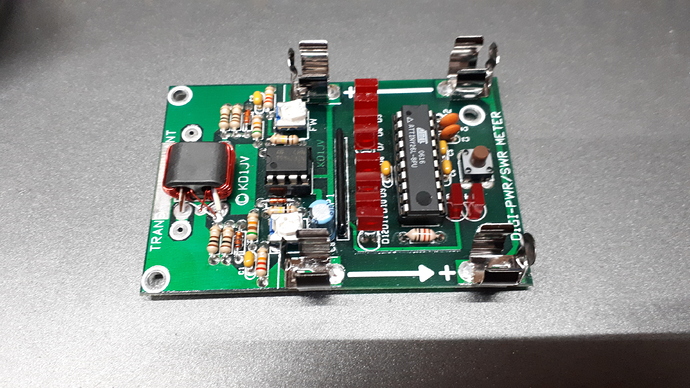 I don’t know why I struggled so much yesterday, I haven’t been able to find fault with my gear. So, sorry to any chasers expecting me to switch to other bands, hopefully I’ll make up for it on future activations. 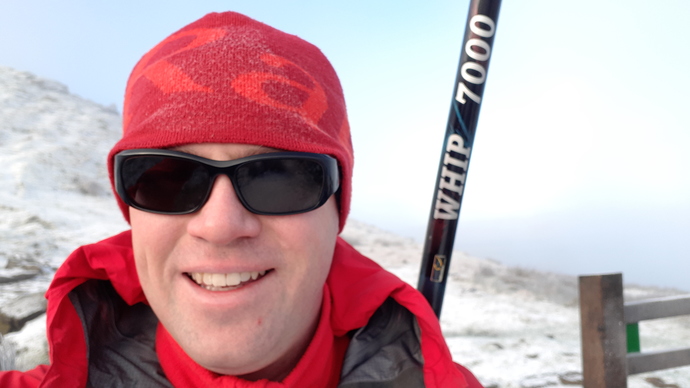 Colin, thanks for the timely report.

3-4W can be a challenge even on CW. And maybe propagation conditions weren’t good on Saturday. In winter time I use my 40/30/20 EFHW rather than my 60/40/30/20 linked dipole even on 60m simply to minimize time setting up and packing away. But then I can get 10-12W from my KX2 and the internal ATU is great.

Ingleborough, along with Whernside G/NP-004 and Calf Top G/NP-022, has been on my short list for a while. They are the closest of the NP summits to my house and an easy 35-45 drive away.

It’s been particularly cold this weekend [I had cold feet after 45 mins activating Arnside Knott at lunchtime today] and (at my age) I’m reluctant to spend time erecting any HF antenna in strong winds and freezing temperatures.

However, I see Ingleborough to the east beckoning me every day as I park the car to take the dogs up Arnside Knott. My 2m J-pole is quick to erect so I hope to a 2m FM/SSB (maybe CW) activation there soon.

Nothing heard of you Colin at my end, but the skip was generally long and has been for some days. Juerg was quite weak with me as well for most of his activation, so your receive side looks to be okay. Things did improve at one point and his signals came up to 57, only to nose dive again. That’s the way it is… birth pains of the new cycle?

It is interesting that you have set a wind speed limit of 30mph for your activating. That is a very sensible. approach and one which I should follow. However, since I get out so infrequently and outings have to be planned well in advance, whether an activation actually goes ahead is very much down to the situation on the ground at the time. Last month on Dun Rig GM/SS-052 the wind was 40mph with gusts to 60mph. I reckon that is probably the limit and finding suitable shelter was the key factor in Paul and myself getting on the bands. Even so, we only managed a single band apiece, sharing the antenna to minimise the effort of getting something up in the air.

Colin, thanks for the report. Nigel M5TUE and I were out on The Calf G/NP-013 yesterday and also experienced some oddities, so I suspect conditions are the most likely explanation. The FT-817 is working fine but I had the same scenario - you start doubting your equipment.

I was on Stony Cove Pike on Saturday and can confirm that it was a very cold wind!

Hi Andy, you’re geographically very close to me, I now live at Bentham, so Ingleborough is my nearest summit. I’m also quite close to Arnside Knott of course, which is a great summit (

) for working NA!
Any chasers who missed out yesterday will doubtless get another chance or two during the year, I’m sure I’ll activate Ingleborough a number of times.

I’ve never owned a 100w rig, I have an IC7000 on loan for extra special occasions but it rarely gets taken out of it’s flight case, it’s certainly too power hungry to be much use for SOTA. For over 20 years, I’ve been almost exclusively QRP. For the past 10 years I’ve been playing with CW and in that time I’ve usually found that a couple of watts has been very effective, heck, in the early days, I was activating with Rockmites!

I tuned up and down the band a bit and I heard signals, some strong, so I was fairly confident that my receiver and antenna were OK. Without a VSWR meter, I wasn’t able to be 100% sure all was OK. Hopefully I’ll find the KD1JV Altoids meter handy for reassurance in the future.

I’m coming to the conclusion that propagation was lousy.