I started out wanting to get to the trail head of Reversed Peak much earlier but my XYL had other plans. After doing some site seeing around Mammoth Lakes I dropped her off at the motor home in The Oh Ridge Campground. It was 3pm and was not completely clear where the trail head was. I had an idea so I jumped in the Jeep and headed out. I was slightly wrong. It took me about 1/2 an hour to find it. When I arrived the WX was clear and about 45 degrees. I jumped out of the Jeep at 3:35 threw my back pack on and headed up the trail. The trail is suppose to be 1.3 miles one way, I’m not sure if that is accurate.

My biggest problem was me. I have been walking up and down a hill a few times a day at home so I was hoping I was going to be ok on this trail. I was not. About a 3rd of a mile in I was huffing and puffing. I had to slow way down, I am out of shape. I continued on at a much slower pace than I wanted. I took me an hour to get to about 2/3rds of the way. The last 3rd was the toughest. 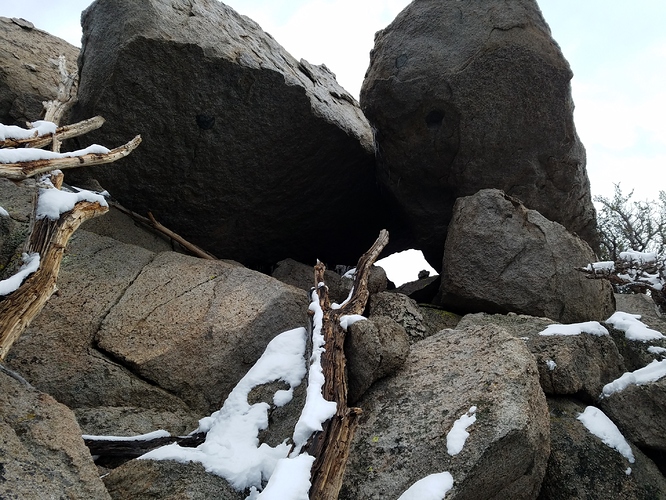 I made it to the summit at about 5:15 I had to crawl through a small tunnel of rocks to get to the top. I knew I had about 45 mins to set up and make contacts. I got the inverted V up in record time jumping from rock to rock. I set up the KX3 on 14.274 and spotted myself (great cell service here). I looked out on the mountains around me and could see the snow coming. I called for 5 mins and got my first answer from KE0FKE, 53 57. I called again NQ5M, 57 57. It started to snow lightly. I called for 2 mins AI5SF 57 57. Still lightly snowing. Called again W0KLV 57 59 he wanted to rag chew a bit about how it was 95 and he had just taken his boat out, I told him it was snowing lightly and about 31. LOL. I was done! I jumped up and put the radio and antenna away, it was 6:10pm and still snowing lightly. 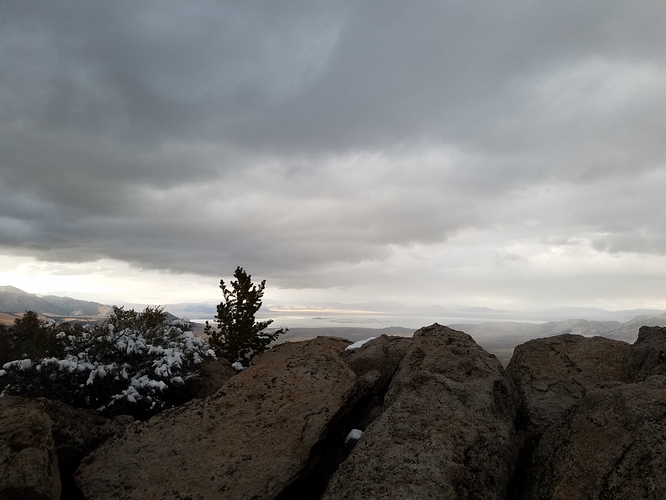 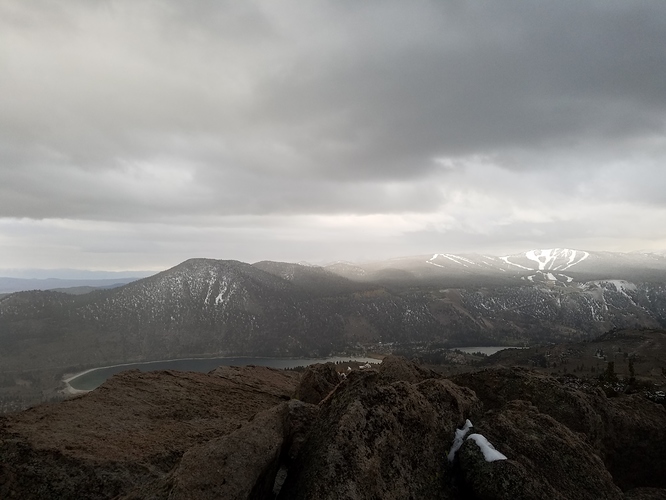 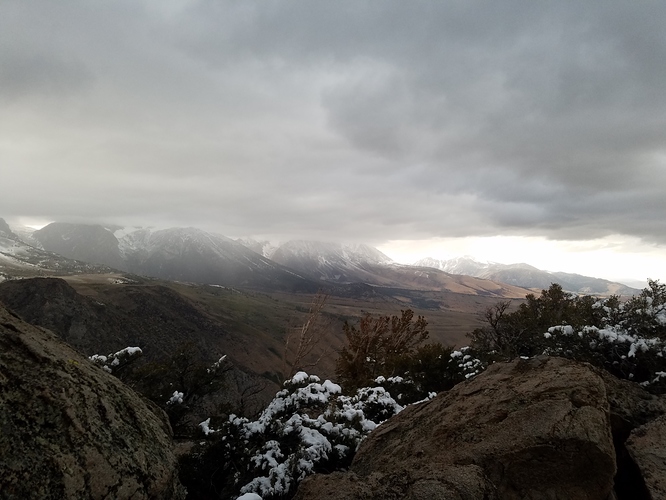 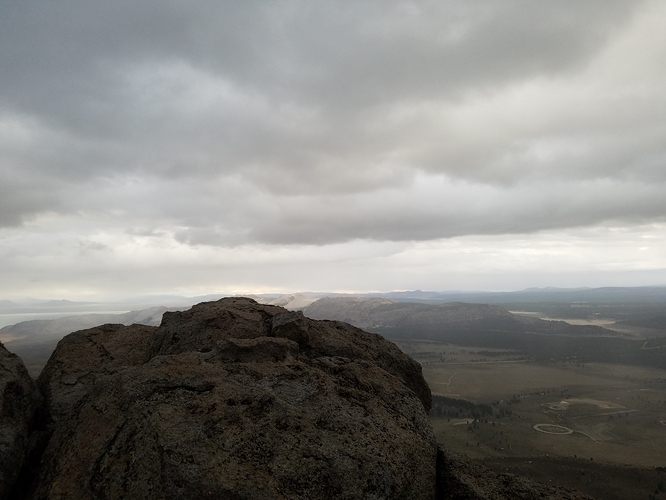 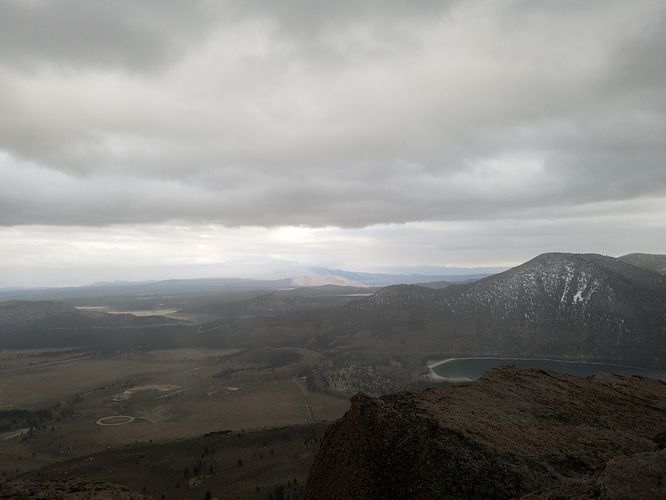 I knew it gets dark at 7 so I started down, funny how it is easier to go down than up! I made it to the Jeep just after 7 so I did not have to use a flashlight and still snowing lightly. Back to the motor home where my wife had dinner waiting.

Thanks for the write up of Reversed Peak. I was at Mammoth Lakes on Thursday, 09/21 and activated Dry Creek Knoll. If you are still in the area you might try that summit. I think you will enjoy the hike - no crawling thru rocks! A rather modest elevation gain but a nice fire road for the hike. I planned on activating Earthquake Dome on Friday morning but the 20 degree temperature and snow caused a change in plans. Good luck with your SOTA; looking forward to meeting you on the air and on a summit!

Thanks for the tip on Dry Creek Knoll! I will definitely check it out.

I take it you a Danish like me? Olsen power!

Norwegian heritage; but with a lot of Irish in the mix.

Happy to help you qualify the summit Kent! I’m a bit…round…to be climbing up the summits myself, but I bet more activations will improve the situation for both of us!

Great story and pictures Kent and yes sometime I look behind me walking up hill it feels like you are dragging someone else along behind. It should be better on the next one with those tough miles in your legs.
cheers
Ian vk5cz …

Glad you made it up safely. When I finally did get to activate Reserved a fire was burning on the west side of the Sierras and my experience was the opposite of yours; hot and smokey.

Drive slightly south on 395 and then up a set of nice forest roads to either Bald Mountain (W6/ND-012) or Lookout (W6/ND-037). Easy 8 pointers and no real huffing or puffing involved unless you want to!

Yes it was a very quick activation. Im glad I did not have to deal with smoke, just cold temps and light snow! I kept on looking for the tunnel through the rocks you mentioned. When I found it I was not sure if I wanted to go through it. It was a a good payoff when I did.