…and this is why.

As per usual, I had a sniff of a very quick 20 minute Cloud G/SP-015 activation in-between running errands. And as per usual, I didn’t prepare anything, check anything or even really think about anything. I just assumed my rucksack was good to go with everything in it, that my battery had charge, that propagation might be there on 20m, that the aerial wasn’t broken and all the other usual sloppiness.

The thing is, much more often than not, I get away with it. The evening of Tuesday 26th September 2017 was another such occasion.

I ambled up The Cloud by the light of my headtorch on a pleasantly mild late September evening, and set up my 20m groundplane antenna. In terms of value and efficiency (talking more practical concerns than scientific definition here), this is my favourite antenna. Light as a feather (the SOTA Pole will account for most of the weight of the antenna system), 5 minutes to set up, 3 minutes to pack away.

As usual, I didn’t have long to operate, so I hoped for some conditions on 20m. If not, then I would just have to make the activation “good” by making a VHF contact or two on the handheld.

Called CQ on 20m CW. First reply - a big signal from ZL1BYZ. That I was not expecting - but as I say, I hadn’t done any research so I might well have just hit the greyline for all I knew! That was the first of 10 contacts I made in 16 minutes of operating. The others were 6 x USA, 1 x Canada, plus SV and DL.

So, as quick low-effort, unprepared activations go, this was a rather good one! 5 watts and a few bits of wire cobbled together - satisfying!

Inspiration to be more vigilant with my SOTA preparations in future? None whatsoever…

The evening of Tuesday 27th September 2017 was another such occasion.

Presume you are working a parallel universe which is one day ahead of this universe and there is a Sun max?

Now then I was in this universe on Tuesday 26th working 13cms in the UKAC from SS-174 and having fun. Though I don’t know if the spiders that inhabited the trig point and normally come out to play at night were having as much fun with me taking it over? Not for the arachnophobic Activator type me thinks? 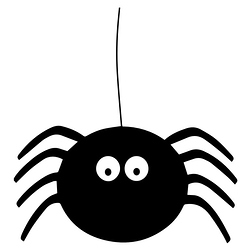 The problem Tom is you did not fail to prepare. No you failed to prepare to fail. There is a difference!

At least you had the year right

you did not fail to prepare. No you failed to prepare to fail. There is a difference!

I guess so Andy, but there is no way of knowing in advance which of the two you are failing to prepare for…

Good going considering you were only using some cheap wire for an antenna.

Empty house so listening (very loud) to Messrs. Coltrane, Fuller and Morgan demonstrate that they came prepared to blow up a storm. A 60year old recording that sounds better than so many modern recordings. By heck that Rudy van Gelder was a master at recording music.

Is that the classic “Blue Train”, Andy?

Here are you listening in?

It’s a 1999 compilation “Trane’s Blues” which includes tracks from his album Blue Train along with tracks from albums where he was a side man. The actual track at the time was “Locomotion”. “Blue Train” has just started and Trane’s

first solo is sublime. I’ve just nudged the volume up a bit more.

You get a gold star for picking which Coltrane, Fuller and Morgan tracks it was likely to be.

Off topic alert: for a masterclass in recording (and many other things) check out Moscow’s “Leonid & Friends”.

Some 40-odd years ago I more or less wore that record out learning how to improvise. Trane’s solo was gob-smacking but TBH I learned more from Fullers solo, which was less frenetic and easier to follow! None the less, I reckon that for about six months I sounded like a cheap cardboard copy of Coltrane before I found my own way! Incidentally my return to track is “My Favorite Things” from the Berlin gig!

Sorry about the hijack, Tom, Andy pushed a button!

I saw Curtis Fuller play in the Jazz Bakery, Los Angeles April 2001. Just magic and I think Harold Land was the other name with him. Followed by the scariest trip in a taxi across across LA at night with a psycho taxi driver who was high on something and it certainly wasn’t life. I remember checking if I had any ID on me so the LA PD could identify the body the next day. Still, lived to tell the tale. Sorry Tom, back to your stunning lack of preparation