I was taking my sons to school this morning and I glanced up at Ingleborough, G/NP-005, which dominates the local skyline, and I thought that it would be a shame to waste such a beautiful day spending it indoors doing housework. Hutton Roof Crags G/LD-052 is my nearest 1 point summit and I haven’t activated it before.

Upon returning home after the school run, I quickly threw the laundry into the machine and set it going, sent my emails and tidied the kitchen before grabbing my SOTA gear and heading out of the house.

The journey to the Plain Quarry car park involves traveling from Bentham past the golf course to Ingleton, then via Cowan Bridge and Kirkby Lonsdale before turning sharp left by the second speed camera towards Whittington. Taking the road towards Burton in Kendal, it’s not long until once again you cross the border in Cumbria. 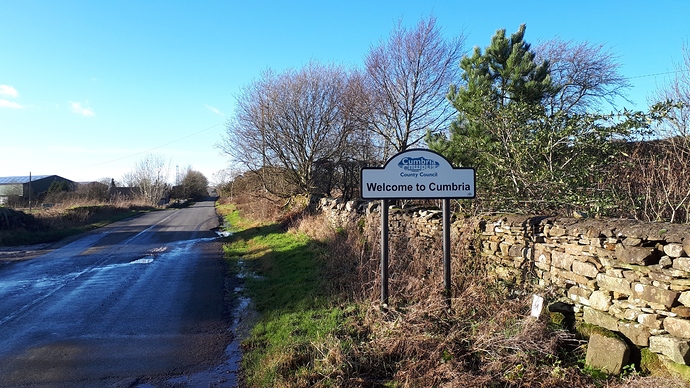 The car park is obvious to see from the road, and is a good size. 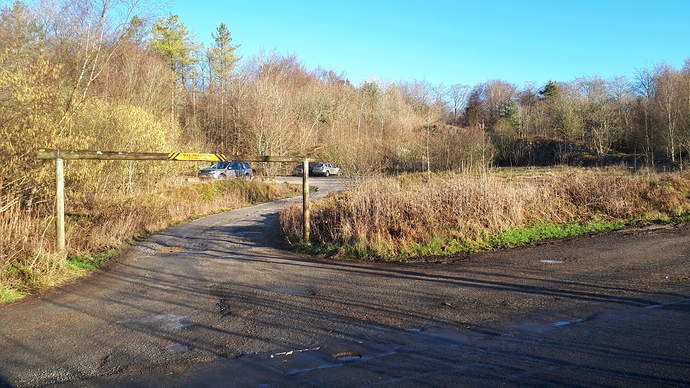 Beyond the car park’s perimeter, to the right, there are some picnic tables. Walking past the picnic tables takes you to a step stile at SD5532 7619. 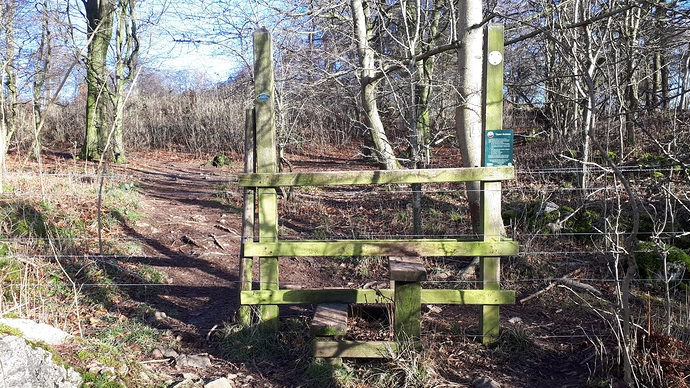 The path is obvious and following your nose brings you to a second step stile at the end of a wall, just at the edge of the woods at SD5548 7651. 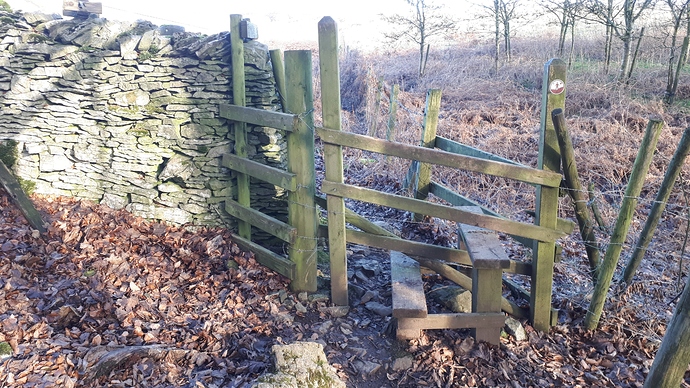 Once again, the path is obvious and leads up hill towards a ladder stile at SD5564 7705.

Keeping to left after crossing the stile brings you across a short stretch of exposed limestone pavement before bringing you to the trig point at SD5560 7745. 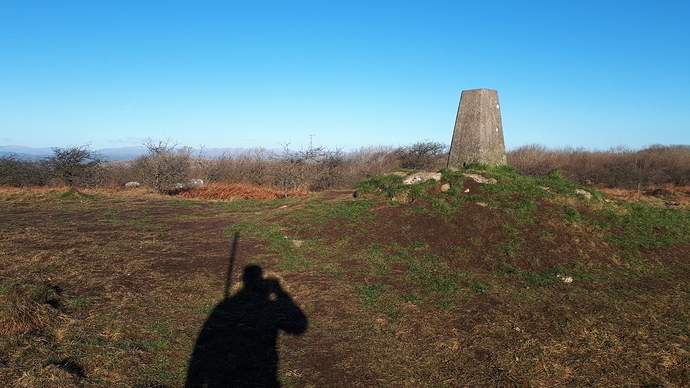 Here is a screen grab of the route I uploaded to the SMP, prompted by @G4OBK, I’m having a play with it’s features. 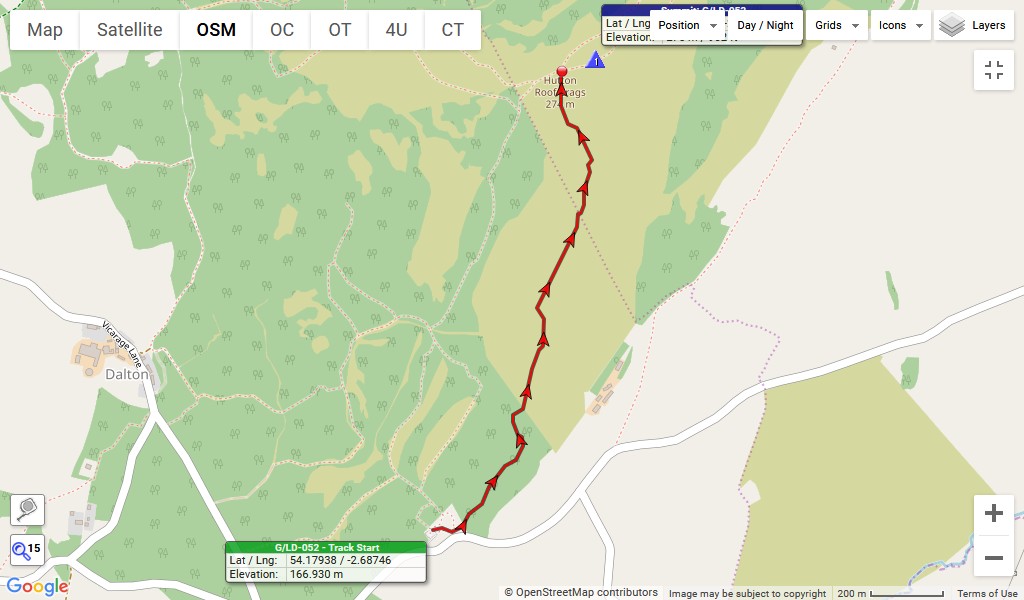 I expected 40m to be my most active band and I was correct. 40m was again long, the strongest signals were from ON and F. I started off on 20m, putting the rig into auto CQ. 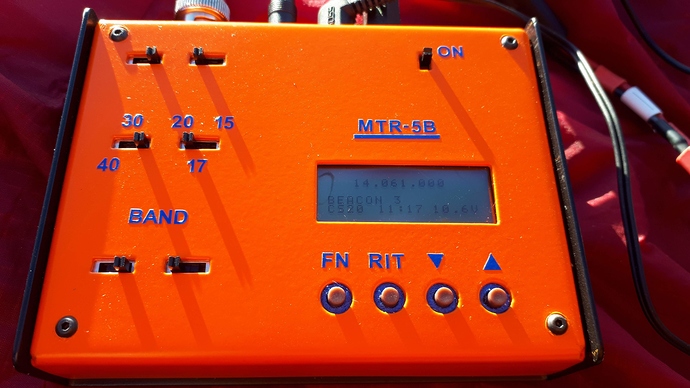 Eventually I managed to 3 stations on 20m before I gave up, with intentions of going down to 30m. I saw a spot for Jan OK2PDT/P on 7.029MHz, so I went on to 40m instead, but sadly I could hear nothing

. I headed up to 7.032 and although the band seemed devoid of CW, I could hear some weird QRM. 7.034 seemed to be clear of the QRM at my end, so I called CQ there. it took a little while to establish a queue of callers but eventually I managed to get another 14 stations into the log.

Switching to 30m brought another 8 QSO’s and by that time I’d had my fill. I found the bands to be generally poor, signal reports were down for me, quite a few 339’s being received. 20m and 30m were pretty useless and 40m was too long. I suppose that I ought to dig out the FT817 and use 60m and 80m instead. I do find myself at times questioning the RX performance of my rigs, after all, I built them! 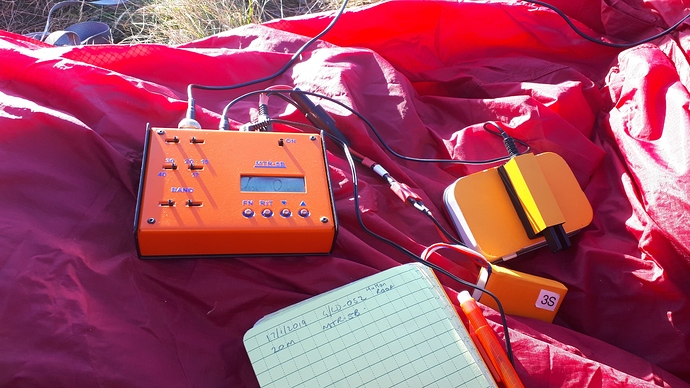 It was a great day to be out and about and at least I did make 25 QSO’s. Not a fantastic day on the radio, but a great SOTA day!

Nice one. The barrier at the car-park is a nuisance for motorhome drivers but there is plenty of room to the right of the barrier to park safely.

Yes, there would be no problem parking a motorhome at the side of the road. 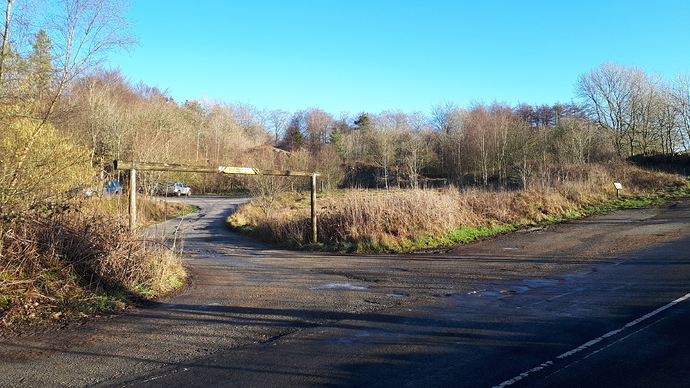