The weather has been very hit and miss here in Austria this summer. It decided to improve just before I have to go back to work, but at least I was able to make up a little lost ground this week. I started with a double activation of Hochturm and Polster on Tuesday. There was a lot of cloud still hanging round from the front that had just passed through, but as I got higher it started to clear up a bit: 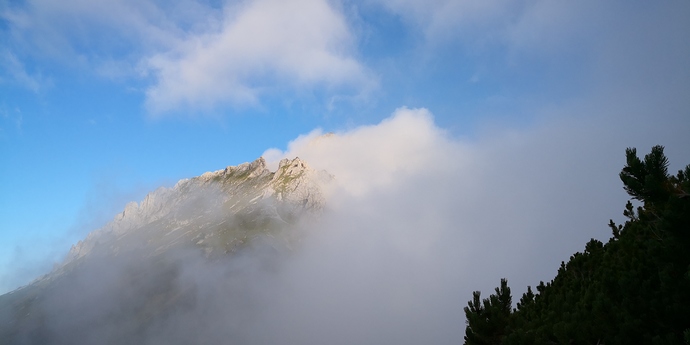 This area is only about an hour away from where I live, so I really should try to come here more often. I had already activated Polster twice, but this was to be the first time I had combined it with another mountain: 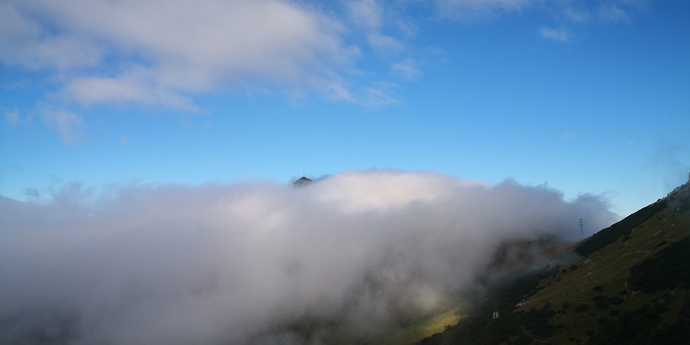 There is plenty of space at the summit of the Hochturm: 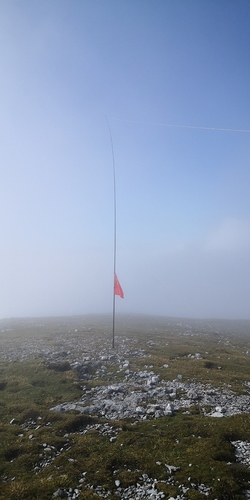 There was quite a large herd of chamois sitting happily a few hundred metres away. I was going to take a picture of them when a plane came over and scared them all away. Still, as the cloud started to lift, the view got better and better: 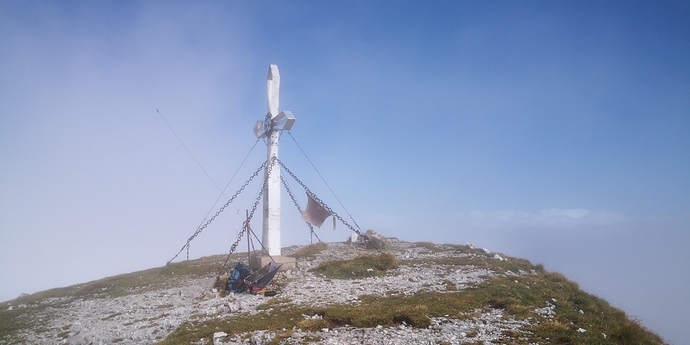 After I had finished activating, it was time to make my way over to Polster, which is not too strenuous at all. The cloud continued to lift providing better and better views: 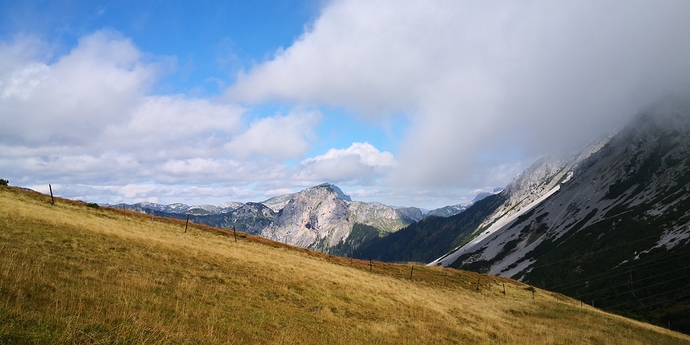 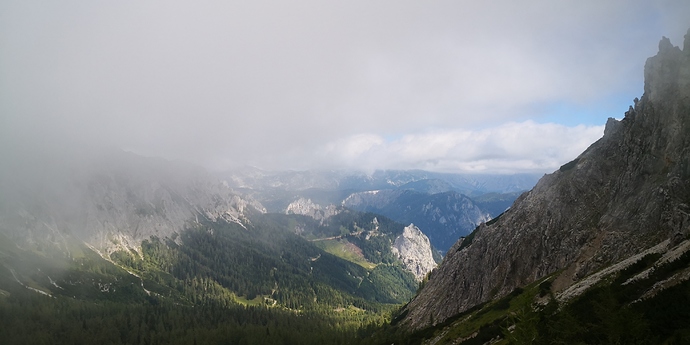 The summit of Polster itself is rather small and there is a transmitter there: 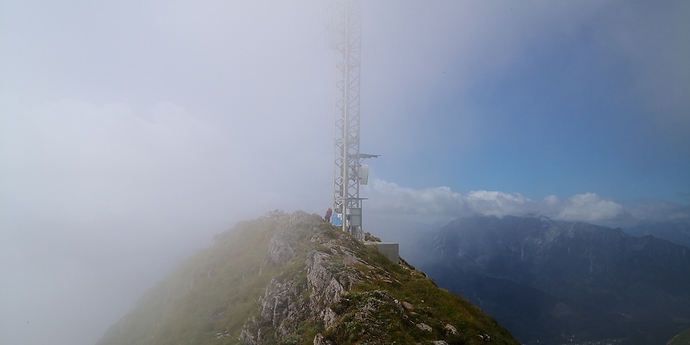 However, the transmitter does not cause any interference and the receiver was perfectly quiet. By the time I had finished, the sun was shining brightly and I could finally zip off my trousers: 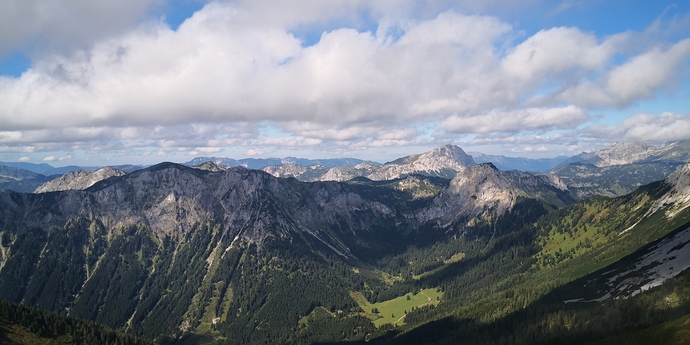 Here are the logs:

I needed a rest day after that, as I have not been able to develop the same level of fitness that I had last year in Iceland. Still, on Thursday I was raring to go again and the weather forecast was still good for the Heukuppe and Dreimarkenstein. This would be the third time I had activated these peaks as a double activation. There is not much to tell, apart from the fact that every time I go there, it is windy on the Heukuppe in the morning, and nice and sunny on the Dreimarkenstein in the afternoon. There is a really nice hut there called the Karl-Ludwig house that serves great organic food. Unfortunately, they didn’t have the cream of pumpkin soup, which is my favourite, so I had to have lentil soup instead, which was still nice. The best thing about the Heukuppe and Dreimarkenstein is the descent via the Waxriegelsteig, which follows a wonderful ridge down to another hut where you can stop for even more refreshments if you like. This is the view east: 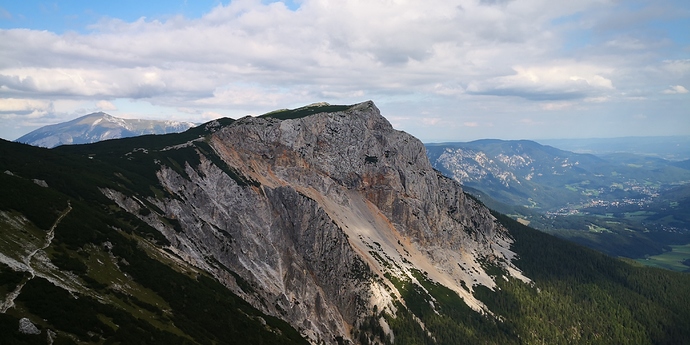 And the view west towards the Karl-Ludwig Haus: 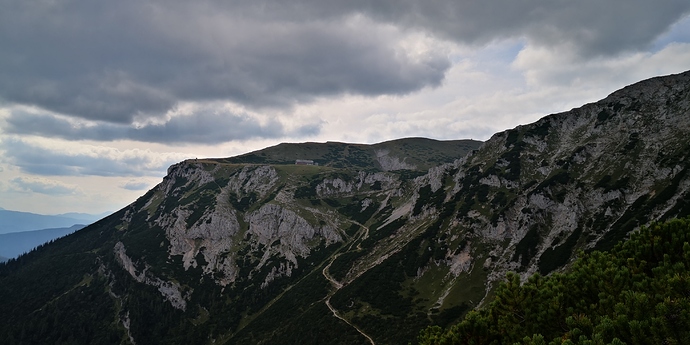 There are some nice Klettersteige up to the Karl-Ludwig Haus, so you don’t have to take the boring main path up there. I didn’t meet a single other person until I got to the top of the Heukuppe. Here are the logs; a bit more substantial than Tuesday’s effort: 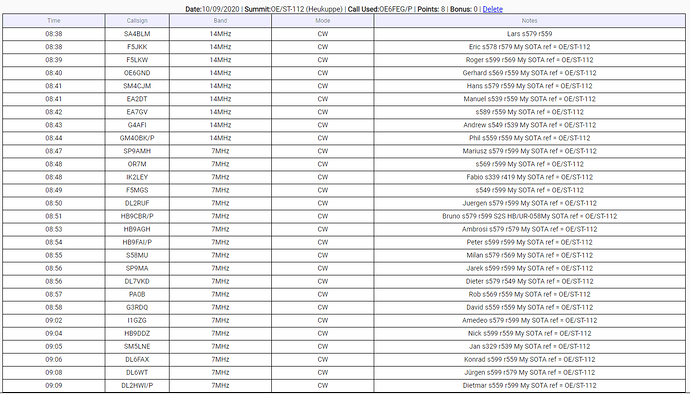 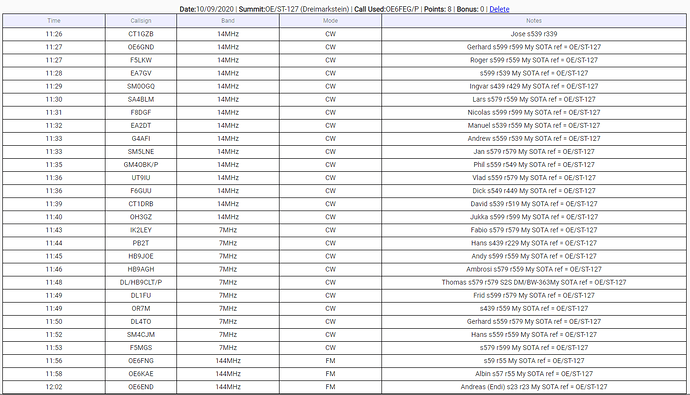 Whilst I would normally need another rest day after that, I decided to take my new motorbike to one of the many drive on summits in the area. This one is called the Hochkogel and is only an hour away from where I live. The drive there is through some really beautiful countryside around St Pankrazen and St Oswald. I had no idea what I would find there. All I knew was that there was a road that went through the activation zone. To my delight, there was a large area open to the public with a bench and a cross: 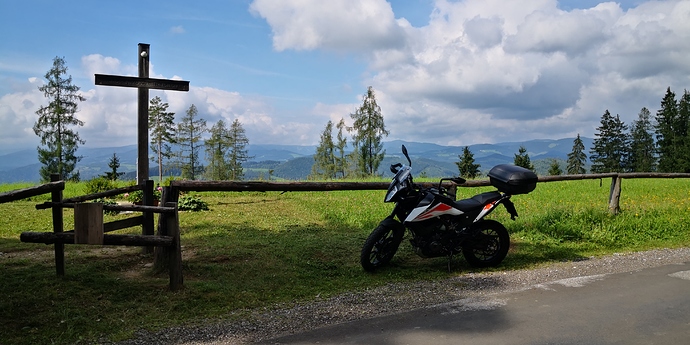 There were plenty of things to fix an antenna to as well: 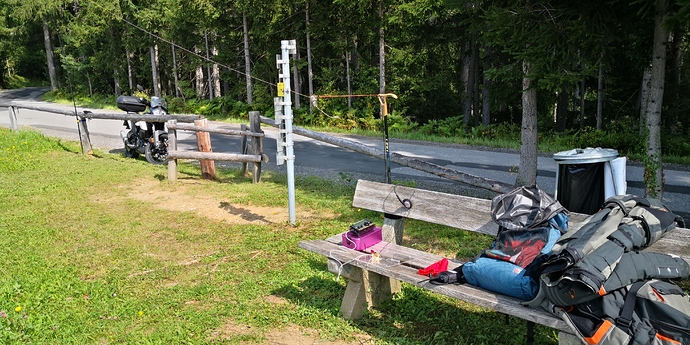 I only took the short carbon pocket pole today, as I had to keep weight down in the top box, but it didn’t seem to affect my signal at all: 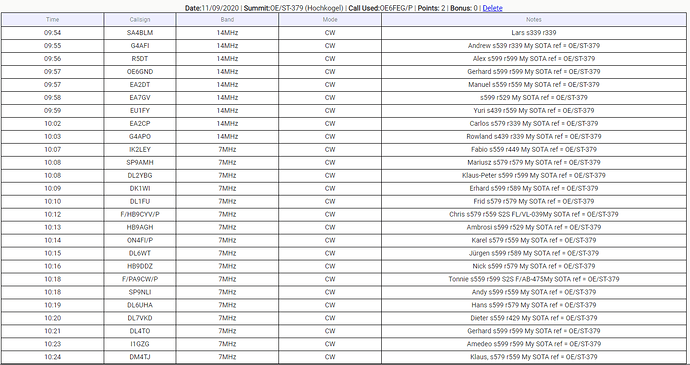 Well, we’re all over the ‘carbon fibre causes losses’ thing now, so not really news anymore. For those interested, the bike is a KTM 390 Adventure: 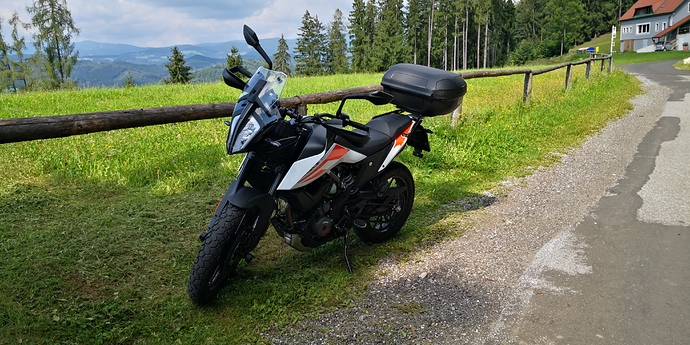 It’s just the thing for getting up those rough gravel roads to the huts in the mountains. Whilst it is only 373cc, it is pretty nippy and will be featuring in many activations next year. Karl (OE6LKG) is getting a vintage Kawasaki 250 at the end of the month, so we will take both bikes up to the Sattelhaus-Oskar Schauer Haus for a double activation of the Roßbachkogel and Terenbachalm while the weather is still OK for biking.
73 de OE6FEG
Matt

well done Matt, nice binge of summits. I prefer harmless clouds than clear sky, especially on peaks above 2000 meters, where it is difficult to find an angle of shadow. about your bike, excellent choice a monocylindric ktm. it has a good torque in low rpm and a great reliability. I have a mono ktm a carburetor since 2006, i will never sell it.