Had a few days on a Dartmoor this week walking and wild camping as I most years but for some reason never got to the top of High Willhays. So this year I decided it was about time I did.
So planned a route that would see me on top on Tuesday around midday.
First night was Sunday and all good with a beautiful evening playing radio from the tent. 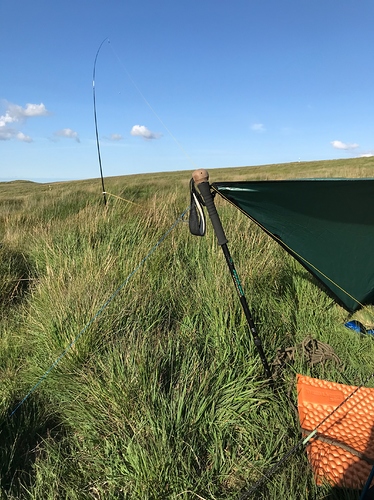 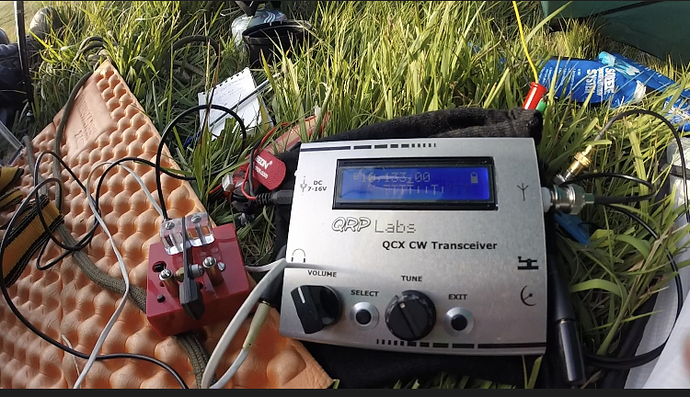 B6DCC041-301A-4F93-8F81-3528C9FEB951.jpeg750×432 423 KB
Monday dawned a little overcast but fine and we had a good meander over the moors stopping for lunch at Cranmere Pool with a bit of operating but no contacts made on 30m CW.
Then on to find a spot for the night before heading up High Willhays the next day.
Monday evening it started raining and had me tent bound for most of the time playing on 30m CW again and getting a couple of contacts in the log.
The rain then continued through the night and the morning forecast from the Inreach held no promise of it stopping all day. This was not good for activating High Willhays or even going to the top in high wind rain and fog!
I set off and after only a short time was feeling the ingress of water through my waterproofs but carried on stubbornly wanting to get to the top no matter what. By now I had had to resort to a compass bearing as visibility was down to around 20m, lashing rain and wind but at least I knew even if I missed the Tor all I had to do was turn North once on the ridge and I would either find the Tor or the track leading off.
My compass bearing was however spot on and out the mist High Willhays emerged. Quick check of the gps confirmed I was in the right Tor as there are two. 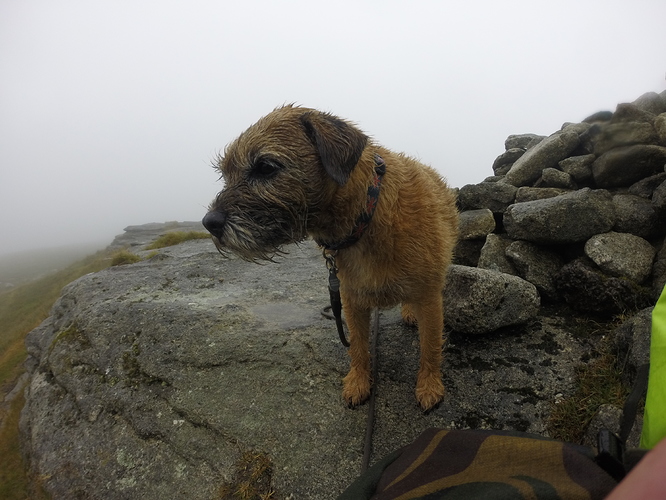 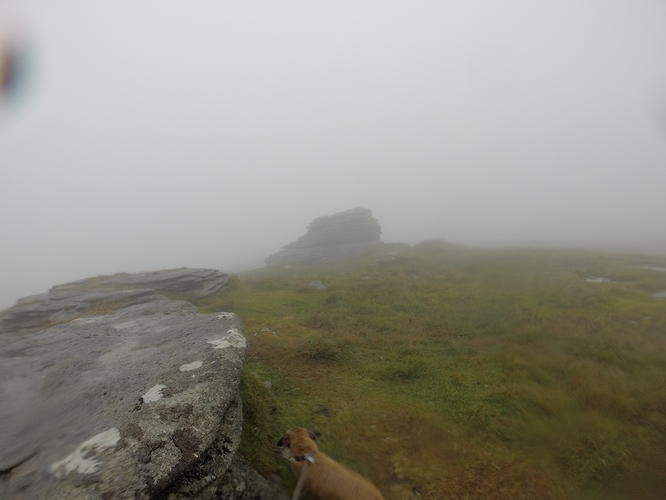 6E8DC3E4-5CBD-43D7-951D-F017095E4EBF.jpeg3680×2760 2.13 MB
It was no place to hang around let alone hang an antenna as both me and my dog were completely soaked to the skin and getting cold stopped still. So the gear stayed firmly and dryly in my pack as we headed off the top again it using compass and gps to confirm our exit.
Maybe next time…but still some nice 30m contacts on CW from my two camp spots high on the moor so not a complete fail as far as I was concerned.
Cris
M0KKA
5 Likes
M1BUU 3 August 2019 07:39 #2

Better luck next time Cris.
I like High Willhays, my XYL’s father lives just off the edge of Dartmoor, near Bovey Tracey, I usually take the opportunity to activate G/DC-001 at least once a year, during one of our visits.

You may have taken a different route if wild camping, but there is a route by Phil G4OBK in the system (maybe his blog), that’s the route I use. Climbing from the parking place where the public road ends, eventually you get to point with Yes Tor on the right (has some sort of military mast or flag pole) and High Willhays on the left. There is a reasonable track across to High Willhays.

Will be down in Devon in a few weeks, but I think fishing will take priority over radio!

Sorry to hear that the weather beat you on Tuesday Cris. On the coast near Ilfracombe it was torrential at times and the day was spent on indoor activities with the grandchildren. Doing activations as part of a walking trip is entirely different to having a car to return to and dry out. I’ve operated many a summit soaked through, but never without somewhere warm and dry to return to.

I hope that you manage an activation of High Willhays next time you are in the area… I must get around to another visit to the summit as my daughter lives in St Austell and it is reasonably convenient to get to.

I love Dartmoor and have been there many times exploring. My route took me from Belstone out to Hangingstone Hill Cranmere Pool and back round towards Doe Tor before going up over Highwillhays from the South East. The tracks are very good in from the North that the military use for the ranges but I tend to stay off them if possible.
May pop back down a little later in the year.
Very lucky to have a base so close.
Cris
M0KKA