Hi,
I’m Alan MM0VPM - I live in the Scottish Borders and have ventured into the world of radio as it indulges a couple of traits - 1 fiddling with technology and 2 getting out and about (in the case of Sota)
I have been licensed since April 18 and qualified as a full licencee this June with the help of the folks in the Northumbria ARC.

Having finally got myself sorted out with enough “stuff”, I’d better get out and get some activations done.

From my home QTH I can see the Cheviot G/SB-001 and Housedon Hill G/SB-010 so it would seem rude not to get these attempted soon although there are other hills closer to home too.

I’ve done the usual “set up in the garden to see what’s not in the SOTA pack” and bemused the neighbours , hopefully I can now forget something else when I go out for real!

The dogs in the wee piccy are sitting on Lingmell, having helped to pull me up Scafell Pike first - I am sure I will be accompanied by them in the future.

Enough for now, just thought I would say “hello”.

You live in a great spot for SOTA - get out there and we’ll work you. Love your area…

I live in the Scottish Borders

I live part time a few miles east of you in Berwick upon Tweed.

Happy to chat off line about a joint activation somewhere along the Borders.

Thanks for the kind offer - I’ve dropped you an email.

Good to have you on board Alan. Like Paul, I am a part time Northerner living in Amble on the Northumberland coast. Hopefully catch you on a few of those lovely border hills when you get out.

Hi all - finally got out on a hill today with a radio!
Many thanks to all who managed to hear and work me, big thanks to F4HZR for posting a spot - it did liven up after that! Of course if I’d remembered my password, I could have self spotted… I did later on. Anyway - also thanks to Guru @EA2IF and Karl @2E0FEH both big signals up into the borders. I’ll get the log loaded up soon.

Also tried on 14.295 and made a couple of QSOs then someone with bigger lungs took over despite a response by someone that the frequency was in use - thanks for trying!
Around that time, I noted that my toes were cold and that the bottom of my trouser legs was covered in frost! Time to wrap up then and get home, sorry if anyone was still listening for me.

The locality is used by the airforce for low flying practice, so it made a change to be looking down(!!!) on a eurofighter at one point. No photos of that , but here’s one of the general view. 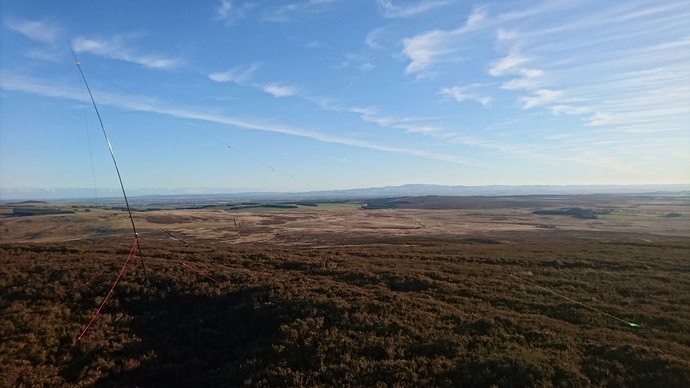 Cheviot in the distance.

Looks like GM/SS-225 to me - or would do if I’d ever been there!. I don’t think you told us so I had to look in the spots!! From the picture it looks pretty flat but the map seems to show some contours. Well done for getting out there and getting some replies - and for choosing a sunny day. They are a bit rare down in the Welsh Borders.

It is indeed Vikki, sorry should have put that in. Paul’s @W6PNG web site shows much the same view I guess - there is a nice flattish chunk of country with the River Tweed in between there and Cheviot but with a few pretty conical lumps popping up 2 or 300 metres now and again (Eildon Hills for example). Just to the north are the Lammermuirs with a few more sotas, so a bit to cover off and try to refine technique before winter arrives… oh wait…

Good luck with your SOTA expeditions. The Cheviot is a regular expedition for Dave G3TQQ and me and we usually combine it with Ros Castle, so we look forward to working you if you are around next year!

All the best,
Nick G4OOE 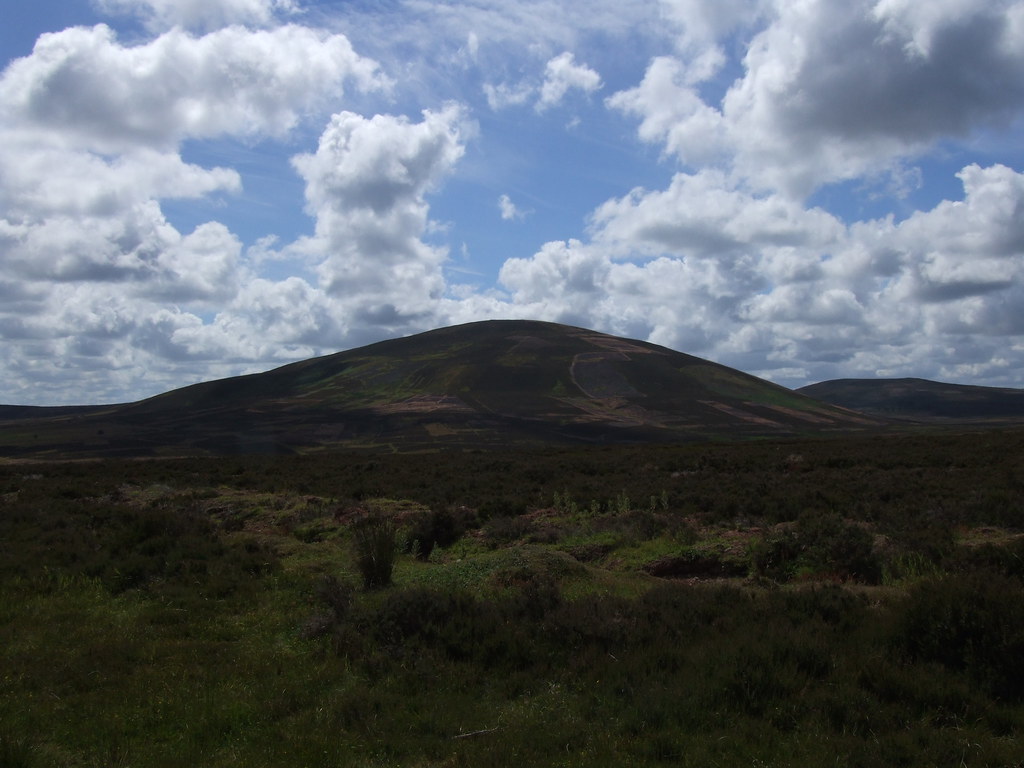 There is a bit of climbing involved Vikki.

Thanks Nick - take a torch and/or a big flag with you, we can do semaphore - I can see the top from my study window

Alternately, give me a bit notice and we can aim for a S2S.