The annual HB9SOTA Activity Day is scheduled to take place this coming weekend. The weather on both days should be ideal, and currently 41 stations have registered to be on the air on either Saturday or Sunday. To make it possible for all these operators to participate, the Board of Directors has decided to expand the Activity Day to an Activity Weekend. In other words, stations will be activating Swiss summits on either one or both days, Saturday 12 June and/or Sunday 13 June, 2021

Certainly this will be a fantastic time to gather S2S contacts. But what makes this event extra special is that stations have signed up to activate in every Swiss canton that has a valid SOTA summit. Activators and chasers working on the Helvetia Certificates – both from HB9SOTA and USKA – have a wonderful opportunity to fill in missing cantons.

We look forward to working you!

Thank you for the message.
I am in short trip to SP/SS (may be including OK/KR).
I will start activations from tomorrow and continue on Saturday & Sunday - hope to work a lot of S2S with Swiss team.
See you

Looking forward to hopefully setting up somewhere in the Lake District and getting many S2S!

I need the UR canton. Hope you can get it in 40m. Magnificent the deployment of HB activators this weekend.
Greetings

I hope tomorrow WX will give more support.

I’ll be honest, it’s been a busy few recent weeks and days for me and I didn’t really look at this HB SOTA weekend event in any detail. However, the S2S action this morning was simply extraordinary!

I intend to go out again tomorrow morning, and again I’ll use just 20m. Whether I’ll bag another 63 S2S QSOs I don’t know, but I’m certainly motivated to get out again for another whole morning of SOTA!

A pleasure also to work today from Wales Paul and also Juerg HB9BIN and Bruno HB9CBR celebrating the HB9SOTA weekend. Great levels of activity. Other S2S with Allan GW4VPX and Jarek SP9MA. We got very hot and tired on the climb ruling out a second summit, so I finished up in a local pub supping a cold pint of cider with XYL on lager.

WX in SP/SS today left without rain but on first summit was cold & windy.
Fortunately they served coffee which helped me to survive (in the morning I decided to left gloves in the car 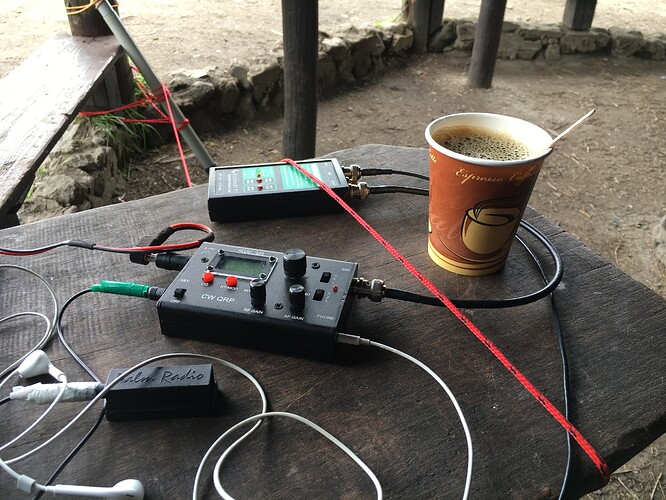 On second summit WX was fine

Many thanks to everyone I had contact yesterday / today and chapeau bas to HB9SOTA team for the event !

In response to requests from several participants, this year we expanded our traditional Activity Day into an Activity Weekend. One result is that for the first time we were able to activate every canton in the country! Special thanks to those who made an extra effort to activate a special or rare canton.

On Saturday 12 June, 23 of a possible 24 cantons were activated, the only one missing was NW (Nidwalden). This was then covered by Markus HB9DIZ on Sunday, and on that second day we were able to activate 17 cantons.

In total, 63 members activated one or more summits. On Saturday there were 52 people active, on Sunday we had 30 participants while another 19 were activating on both days.

Several of us were on multiple summits:

If an operator’s goal was to be far up in the list of those with the most S2S contacts, that person would almost certainly need to be active with two operating modes, most frequently SSB and FM or alternately SSB and CW.

Looking at the overall results from both days and all operating modes, the leaderboard falls out this way:

Leaderboard of those chasers who made contact with at least one HB9 activator:

The idea of covering both days in the weekend proved quite popular because anyone who wanted to participate had a good opportunity, which is confirmed by the total of 63 participants. Our hearty congratulations to those who won their respective categories! You will be rewarded with a SOTA pocket knife (if you haven’t won one already).

Thank you Paul @HB9DST for the English translation and thanks to all the HB9SOTA organizers behind the scene, it was once more a great event!

Where I live, there are no SOTA summits (canton Basle-City), but when I realized that nobody had chosen canton Jura, I thought I’ll give it a go. Bonus: it’s not that far from home.

I planned to further test my portable 2m/70cm 2-element log-periodic, so I decided to give the highest 1302m Jura summit Mont Raimeux a try, even I was aware that the coverage on 2m to most parts of Switzerland will not be that great: 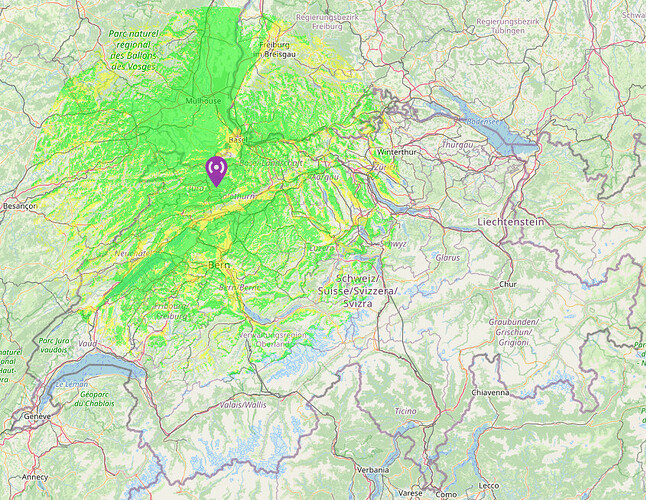 Even with this VHF-wise not optimal summit, I was able to make 13 S2S contacts to 8 different cantons on 2m FM, using 5W into the directional antenna.

While I did my contacts, I didn’t realize that I got surrounded by the Swiss military (as can be seen on one of the summit’ photos). They were absolutely not interested in my secret contacts, but more in frying their sausages

On the second day I activated two lower 1-point Jura summits. The use of my 2m FM handheld with the telescopic antenna resulted in only two more HB9 S2S.

HF produced many more S2S contacts on both days and again, the 60-meter band produced the most reliable contacts “behind the horizon”.

This band works so well for nearby contacts. To me, it’s the perfect SOTA band within our small and hilly country.

Many thanks to HB9 team for organizing this event.
During that weekend I activated 5 summits in SP/SS region and logged in total 15 S2S with operators on HB9 summits.