HB/GR Activations during the holidays

Hi at All,
I schedule some summits I activated during my holiday:

Pizzo Spadolazzo HB/GR-332 3th August
A summit across italian-switzerland border line, it was a nice climb up that I did with my friend Marco IZ2YWI. I tried to activate in VHF with my new 144Mhz hentenna h.m., but because of empty frequency I was forced to change idea and I had to activate as second operator on 20 meter. 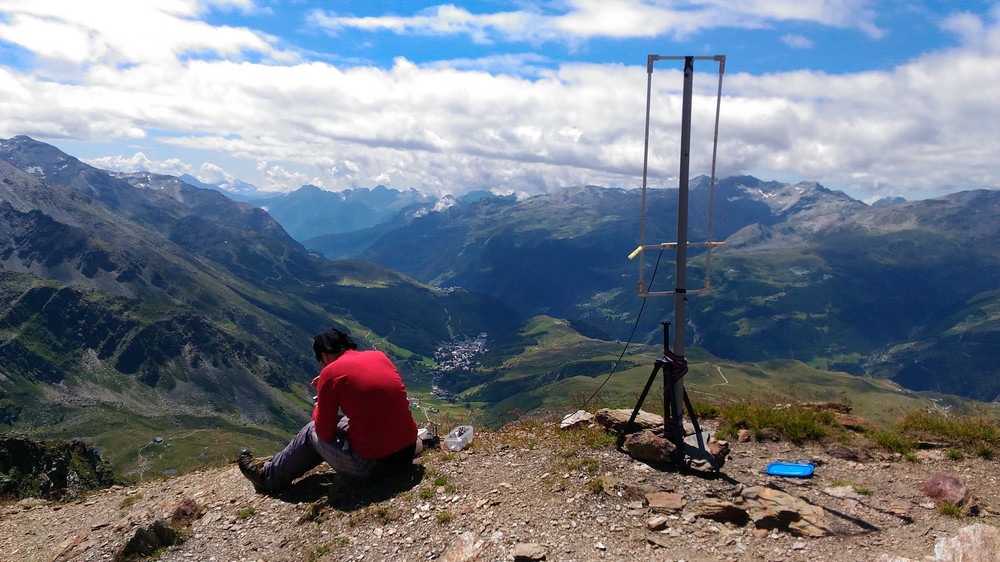 The following activations were carried out with my YL:

Piz Lagalb HB/GR-114 13th August
A climb up along a wintry sky-run, with a beautiful panorama.
I runned on 20mt and logged 22 QSO. 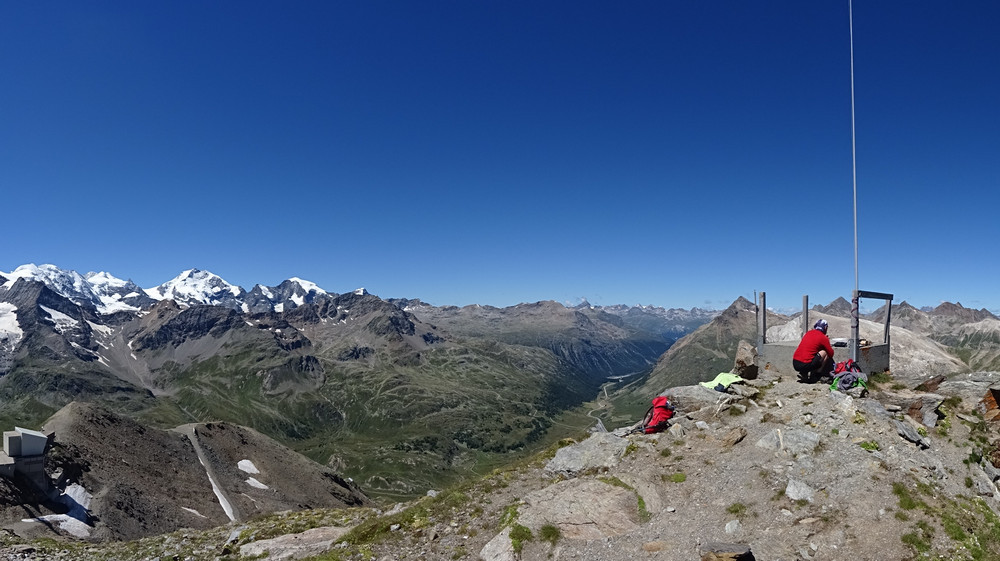 Piz Umbrail HB/GR-132 16th August
Also this summit is across the italian-switzerland borderline, It’s possible to prolong the footpath and retrace the italian trencers of the First World War. A very nice trekking!
Also this time I worked on 20mt SSB. 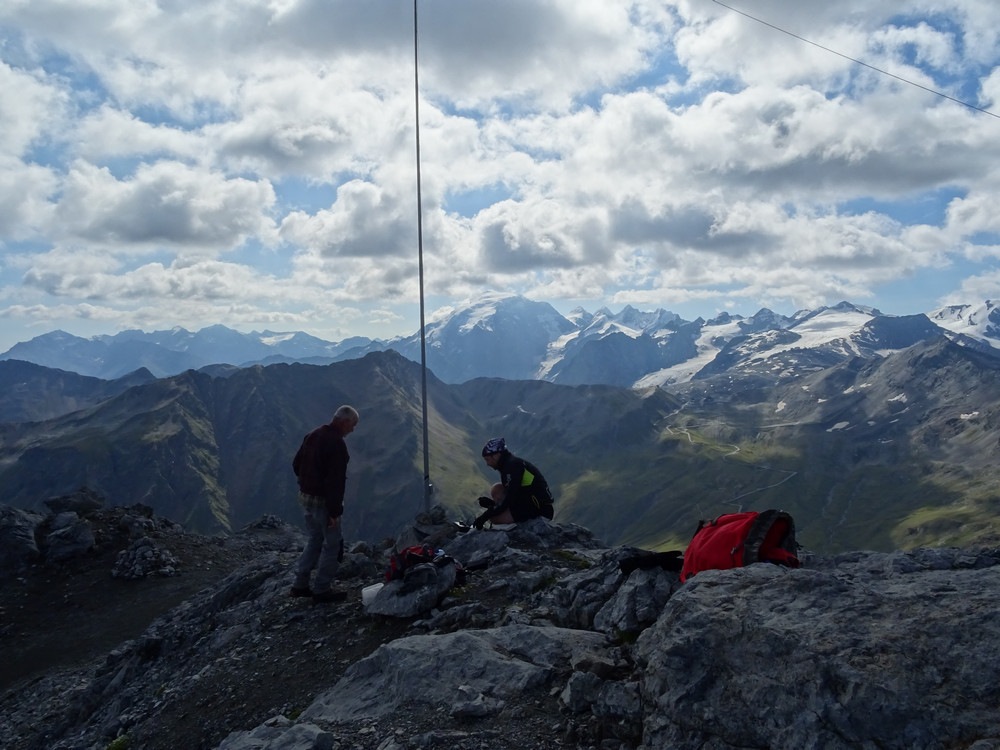 Piz Minschuns HB/GR-319 17th August
We took the chairlift from Trafoi to Hütte Furcola 2300mt, from here it stars an easy footpath that leads to the top.
At the beginning of the ascent the weather was not good, but in a short time the sky cleared, just long enough to get to the summit. 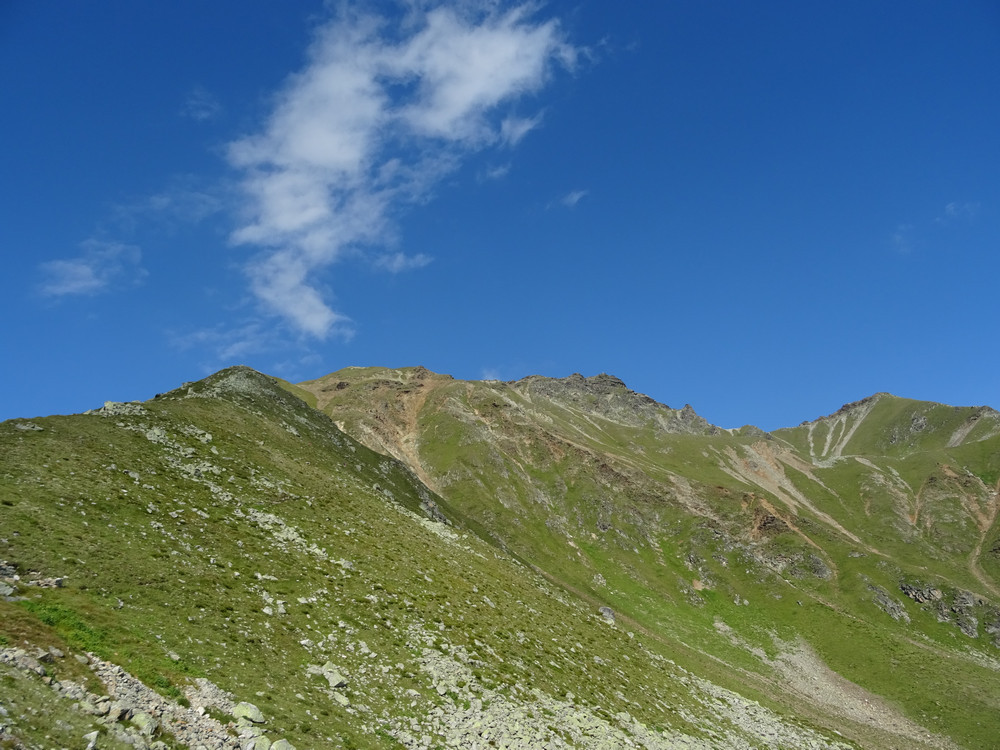 At the top, I quickly mounted the antenna but in the meanwhile the sky got overcast, I self-spotted on sotawatch and I logged 8 QSO. 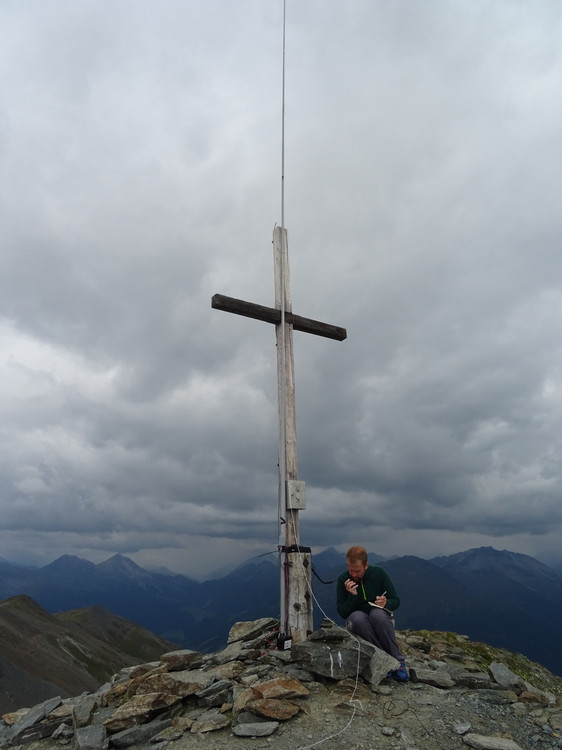 After that I I thought twice to go to QRT and I quickly put everything in my backpack and went down to Hütte. Just enough time to drink a Lemonade and it started to rain. 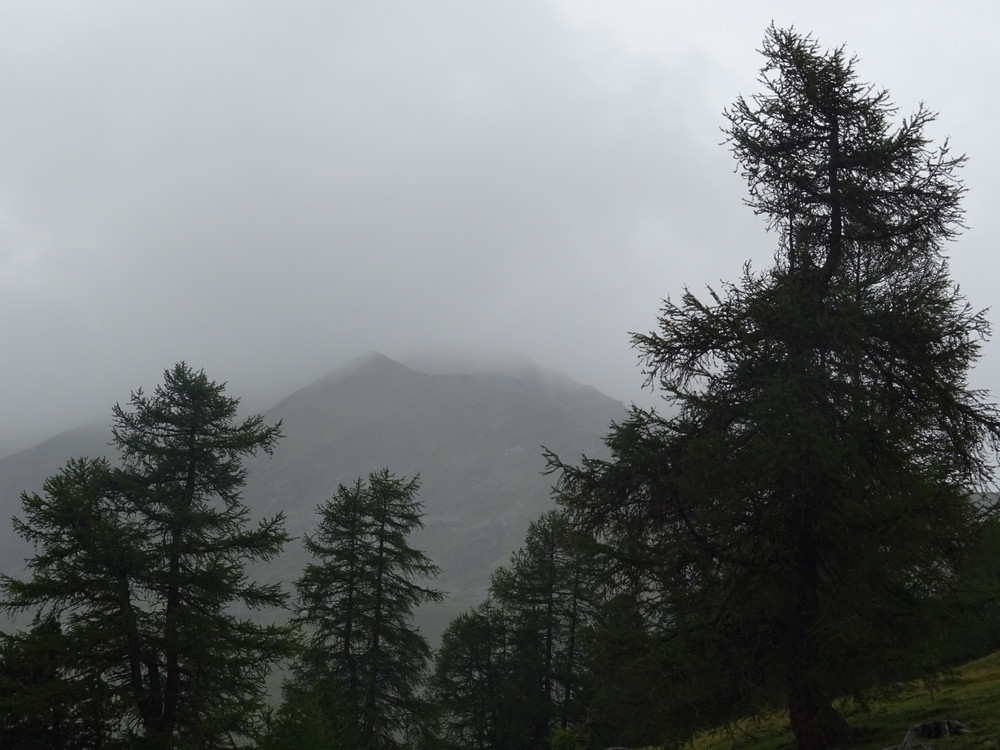