I managed to drag myself out of bed a 05:00 hours this morning and, having packed the car the night before, that meant I was able to set off at 06:00 for the Weinebene ski resort. The sunrise was beautiful and it was not so cold even quite early in the morning. I was probably the first car in the car park at about 07:30. Handalm is starting to look quite bear in places, so I left the skis in the car and put my boots and chains on. I was soon scrunching up the crisp neve in the pleasant warmth of the morning sun. I still sank in a few times, but the new gaiters kept the snow out of the top of my boots. When I reached the edge of the summit plateau I found a fence and a sign that would make ideal in-situ antenna supports. I checked the gps and found I was just inside the activation zone: 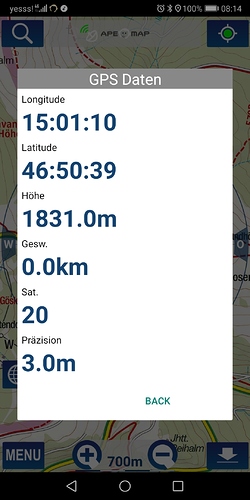 My new SOTABEAMS Tactical Mini mast proved to be very stiff and I was able to get quite a bit of tension on the antenna wire: 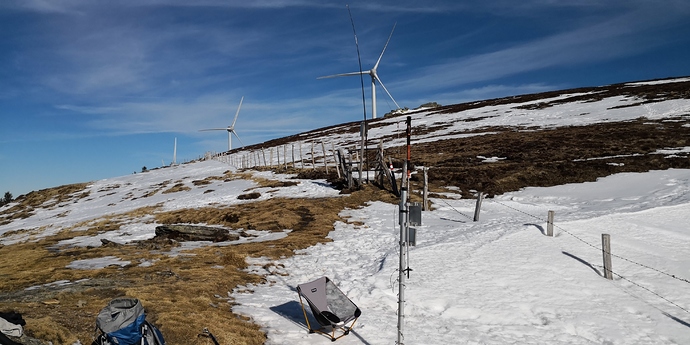 I thought I would try 30m first to see if that brought any DX contacts. 30m has worked well for me from home, but never really delivered when I am out doing SOTA. Where we are here in Austria, it seems better for long haul DX rather than short hops. That will probably change as the solar activity begins to increase again. Today it was as usual, just 1 EU contact. I switched up to 20m and got ZL1BYZ was my 3rd caller coming in at 579. I was busy for the next hour or so with a very respectable pile up; all well behaved, no serious QRM: today was shaping up into a first class day: 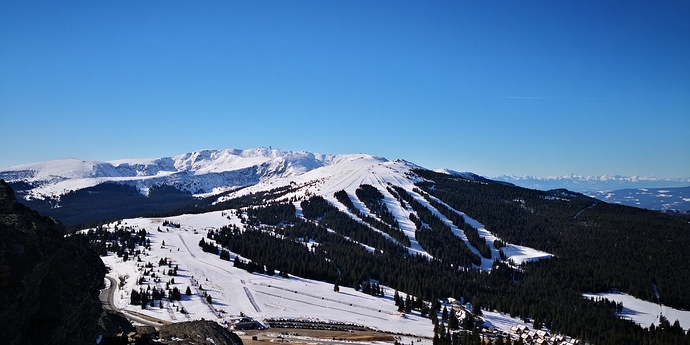 I pack up and headed back down to the ski resort. A quick change of gear at the car and I was soon gliding down to a hut for a mid-morning snack. The only fly in the ointment was that I has forgotten my helmet and mask, so I had to make do with my old glacier glasses and the hood up on my jacket. If you are planning a winter activation in the next day of so here in Austria, then a sun hat is highly recommended. I will have to get some lotion on tomorrow before I burn seriously. After a Kaspressknödel soup (cheese dumpling in beef consomé) and a cup of tea I bought my ticket and headed off up the mountain, which requires a couple of changes of ski lift and a bit of skiing down. Once at the top lift I saw that the way over to the Moschkogel was getting very patchy in places. However, the patches actually helped me get a bit higher up before having to put the skis on the rucksack and cimb the rest of the way. Once at the summit, there was more pre-installed hardware that allowed me to put up a very nice antenna: 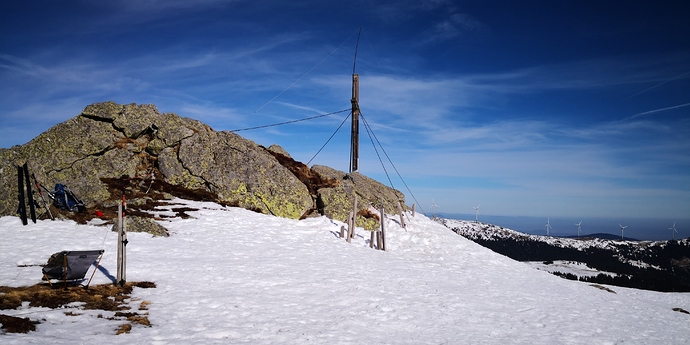 I actually managed to put my first call out at just before midday, so pretty good going for a double activation. The pile up was lively, but not as big as first thing in the morning. As I was going QRT a nice party of people arrived on snowshoes. They asked me if I would be good enough to take their picture, to which I replied yes, of course - after I had packed a bit of gear up. As soon as I got the KX2 back in it’s box I went over and was immediately handed glass of schnapps (thankfully the hazelnut variety) and a chocolate. I duly took their picture and they took mine: 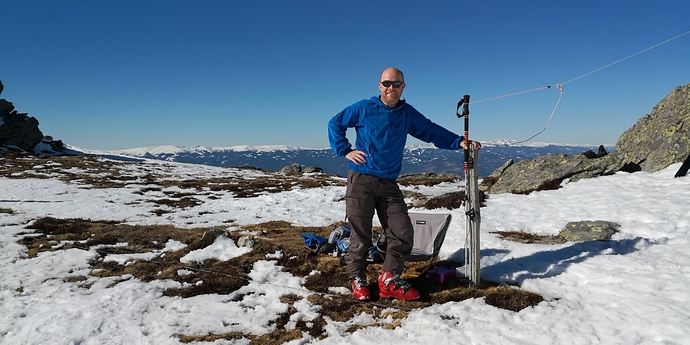 I had to decline more schnapps, due to worries about skiing back to the pistes. In the event, it was not as bad as expected, as the sun had softened up the icy patches. The pistes on the south side, however, are in pretty bad shape and the management have stopped grooming them for the time being. This meant quite a laborious ski down to the lift at the bottom; a full pack really makes things a lot more difficult. Finally I got back to groomed pistes and was able to dump my gear in the car and have a few fast runs without fear of trashing my radio gear in a serious fall. As I expected, the weather looks set to get worse sooner than originally forcasted. I may try to make the best of it and head to Taupitz tomorrow. With 4 metres of snow on the mountain, there are no bald patches to worry about there. In fact, I am sick of skiing over perfectly groomed slopes to go activate: it’s going to be skiing first thing in the morning and SOTA in the afternoon!

Nice photos! I have been in this area, but only in summer. You should come to the north side of the alps. That’s were the snow is!