Five easy summits planned for today. However, the weather decided to interfere and make it rather unpleasant at times. Still, managed to get them done, before a return to the hotel and a warming bath. Despite 100’s of pounds of waterproof gear I was still pretty wet - nothing keeps weather like that out (except a house or car - which is maybe where I should have been!)

GW/MW-036 Pen-crug-melyn, 1 point
This is a very short walk from the small parking spot on the minor road. Activated from a hole next to the trig point.
It was wet and windy, but nothing like as bad as what was to come later.
Used the big umbrella to good effect on this one. Pity it wasn’t so useful later due to stronger winds.
2M FM, 5W FT-270 into Diamond X5000
Six contacts, all quite local. Allan GW4VPX was my “eye in the sky” almost all day with spots ready to post. Ever present also was Roy MW6RKF who helped me qualify all five hills. 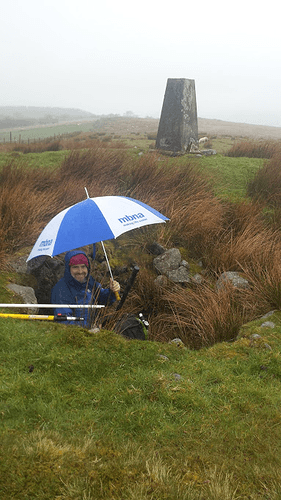 GW/SW-031 Mynydd Uchaf, 1 point
Rather surprised to find this was a “building site”. A new windfarm construction programme appears to have recently started with a new access road dedicated to the work. Access up from the A474 may get tricky in the coming months. OK for today though. Once parked we followed the obvious path to the ruined building near the summit in the AZ and settled in to a rather wet activation. We walked up to the true summit after finishing the Activation. By the time we descended it was like someone was directing a fire hose at us!
2M FM, 5W FT-270 into Diamond X5000
Nine contacts, all reasonably local. 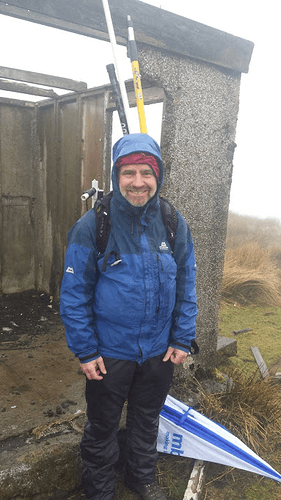 GW/SW-028 Mynydd y Betws, 1 point
Drive on summit. I gritted my teeth and got out of the car to sit next to a newish looking wooded marker pole for a footpath which I strapped the antenna to. This rather minor road turned out to be quite busy. So I had a number of vehicles pass by a few feet from me. Not the most inspiring activation I have done. Again, I took the time to visit the true summit after completing the activation.
2M FM, 5W FT-270 into Diamond X5000
Nine contacts (again), all reasonably local.
No photos - too depressing.

GW/SW-036 Mynydd Sylen, 1 point
A couple of minutes was walk from the parking spot to the trig point. Still pouring with rain, but I was happier away from the road.
When I got back to the road I met Bill GW3WSB and Debbie MW6BYW who had stopped by to meet me. Quick “selfie” with Bill before I got back in the car!
2M FM, 5W FT-270 into Diamond X5000
Seven contacts, most local, but two in Devon. 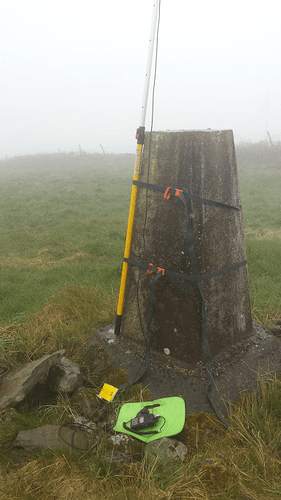 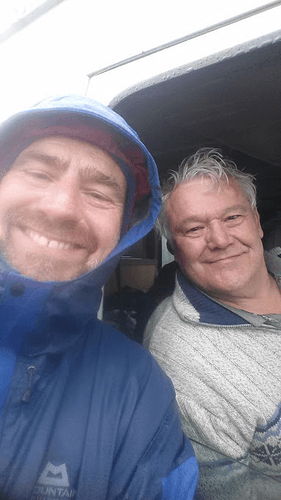 GW/SW-039 Mynydd Llangyndeyrn, 1 point
Short 10 minute walk along the track to the farm before cutting up to the trig point. Weather still horrendous.
2M FM, 5W FT-270 into Diamond X5000
Eight contacts, most local, but one in Devon (Don G0RQL) and Bill GW4WSB and Debbie MW6BYW stayed in the AZ on GW/SW-036 Mynydd Sylen and jumped out of the van with the handheld to give me two S2S contacts, despite the horrid weather - thanks both!
Eight contacts, most local, but also Don G0RQL Devon and the two summit to summits mentioned above.
Think the pictures say it all. 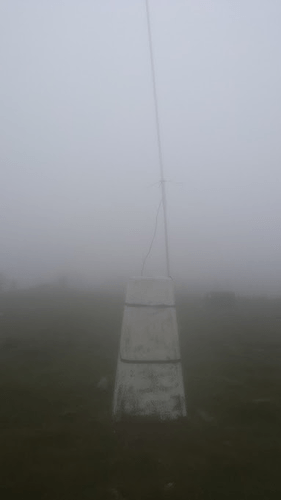 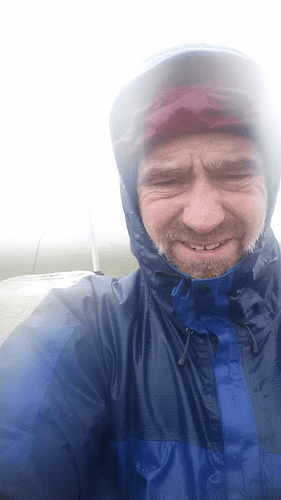 Looks like you had similar/worse weather to that Martyn & I had when doing most of them around this time last year. The ruined building on Mynydd Uchaf offered us a little shelter because we had diagonal rain…

Same with us! A small mercy on an otherwise rather horrid day! Pity as I am told the views are great

Gerald that looks horrid WX. I hope you and your gear have dried out! Thanks for S2S on Saturday.