It was a epic weekend for me!
Allan @GW4VPX gave me a proper introduction to South Wales with all its beauties ( like wind and rain

Im planning to do a number of trips back there every time I have a bit of free time, I camped on Friday night, activate on Saturday and I was back in London the same evening. If my work schedule wasnt that bad I could have stayed one more day. Next time 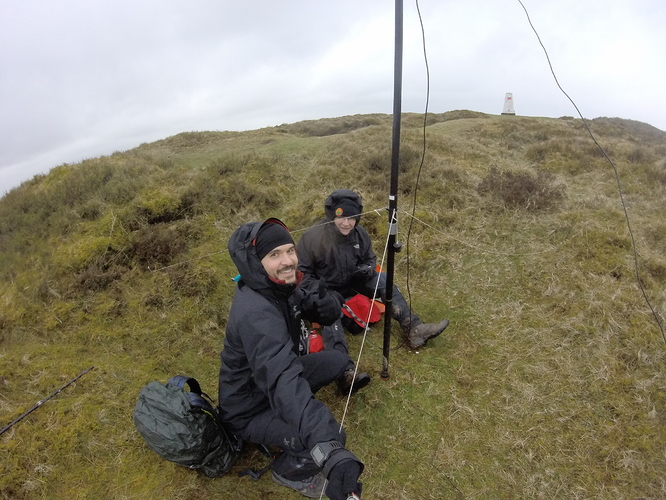 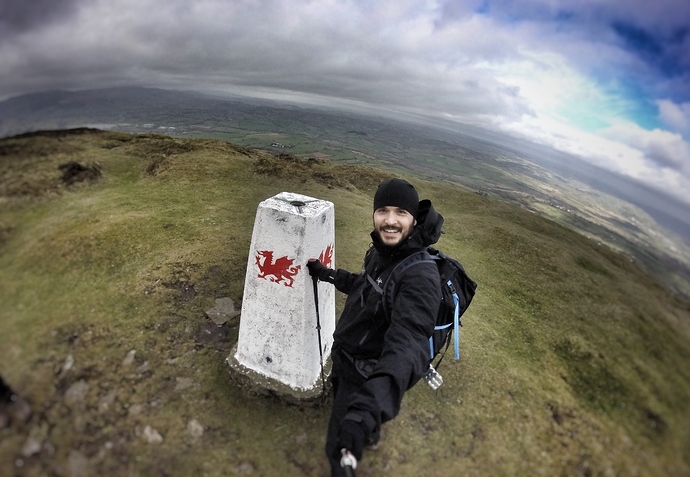 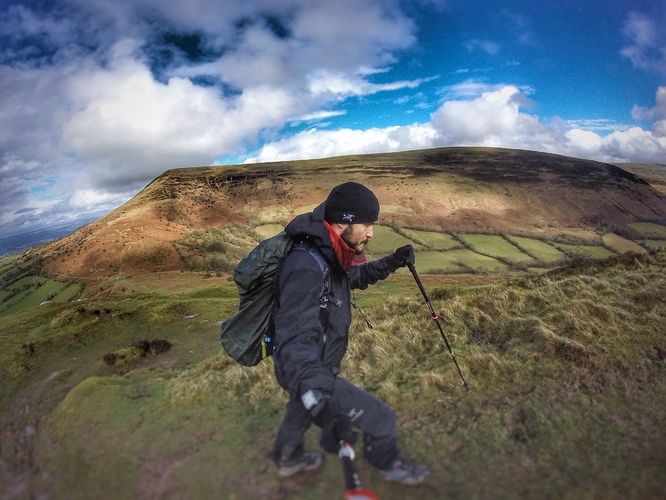 Well done Tasos on getting those hills under your belt and for achieving your first winter bonus points. Allan’s report brought back happy memories of my first winter season in SOTA…it seems an age ago, yet in some ways it is like yesterday. I often think about Mynydd Troed as Paul (G4MD) and I have a nickname for the type of distinctive foot marks found on the path up the hill, which we call “Troeds”. We found a few of them on the ascent of Culter Fell GM/SS-049 last week, so they are not exclusive to Wales.

Excellent action pictures - so to speak - Tasos! Hope you can make it to GM sometime in the near future.

Congrats Tasos! It is good to see the pictures and that the weather held off for you to do both summits which are high on our ‘to do every year’ list as it’s only an hour’s drive for us! We were there a week earlier when the 'Troeds (thanks for that, Gerald, I think they will become part of my walking vocabulary now) were wet, muddy and slippery and were definitely NOT going to be part of my descent route. As it happens, when descending, they were occupied by a straggling group of about 15, some of whom were finding the ascent rather steep - which can be clearly seen in Allan’s splendid third picture. Like you, I went down the green track for some distance and then ‘yomped’ down, losing height gradually amongst the tussocks and eventually back to the path.

Then it was past the car (in good weather it can be very difficult to find a parking space) and the short steepish ascent up to the Mynydd Lllangorse spur. Then I should have followed the steep ground on my left until it started to descend slightly (I’ve given up the long slog to the trig point as there is no take-off for 2m/70cm) but I got sidetracked by talking to someone who was testing a new aerial and just kept on walking until I found myself in the middle of nowhere. I was surrounded by flattish heathery ground with the highest point way over to my right and no clue what I had done, whether I was high enough … only then I realised that accepting the GPS might have been a good idea when Rod offered it before going up the opposite hill. By the time I got back to the right spot I had lost the people I had been talking to and crucial vital contacts had been lost. On Llangorse even every 2m fm contact is vital, let alone 70cm.

After erecting the dipole and hunkering down I got my 2m contacts (eventually including G4ENZ, G3VKV from Churchdown and Cheltenham) but then I was stuck searching for the 4th 70cm (I’d got Rod on Troed - that is why we swap summits!!, GW1CLH Llandeilo, G4KPM Portishead very clear). After a very cold and damp hour I gave yet another ‘last call’ on 70cm … and in came 2W0FMD as I leant over to plull the plug. Thanks very much Terry from Brecon who saved me once again. It was with great relief that I packed up in the increasing dampness and staggered back to a dry car and the Thermos. Sometimes we earn the winter bonus even if there is not snow under foot!

Welcome to the winter bonus club Tasos. It certainly helps to increase the points total but will involve some rather cold camping with your long drive. Hope to S2S with you before too long.