This was my first visit to Gun, I have previously done the Cloud G/SP-015 but only on 2M, this was my second outing on HF although I did take a dual-band HT with me, in the end, I only managed one contact on 2M and I put that down to it was past mid-day on a Saturday! This activation happened because the OARC had an activity day and it was decided to try a SOTA activation.

In my previous HF activation a couple of weeks ago I used my Yaesu FT-818 with 6W and a Slidewinder DX, unfortunately, a few weeks ago my MX-P50M 45W power amp blew up so I was limited to 6W. This time, however, was the first outing for my new Xiegu G90 with 20W to play with!

Having never been to Gun before it was a case of putting in a postcode into the sat-nav and hoping that I can recognise where I am when I get there. My sat-nav took me through Leek and up the Macclesfield Road past Rudyard Lake. Eventually, I realised that the postcode was wrong when it took me to a farm which seemed to be in a valley!

Going down the road a bit further I realised I was heading for the Roaches, so I turned around and figured I must be heading up the side of Gun, after a few minutes I reached the layby near the track to the summit.

I had bought two antennas with me but I was only going to take one up on the hill, my first choice was a SotaBeams Band Hopper IV used in conjunction with a 10M Spirit of the Air pole, this needs a suitable ground spike, and I had obtained one which screwed into the ground, it works perfectly in my garden, however on the hillside things were going to be difficult. the spike is screwed into the ground by using a foot and half steel bar which I had realised that I had left in my car boot, so I had to walk back down from the summit to get it and then walk all the way back, thankfully the summit isn’t that far, I wouldn’t have got away with it on other summits!

Back at the summit, I attempted to screw the ground spike into the ground only for it to hit a stone of some description, I took it out and the screw had been bent out of shape so wouldn’t go into the ground properly, luckily I had a pair pliers and was able to straighten it out, however on the second attempt in the gorse, it happened again. Realising that I was wasting time, I opted to return to my car and swap the antenna and the pole for the Slidewinder DX, it was a shame because the Band Hopper IV is a great antenna and in the right circumstances is a brilliant portable option, its just a shame it needs a substantial pole which needs more than guys to keep it in the air especially as it was a blustery day.

Once the Slidewinder DX had been deployed it was 09.40 UTC so I had wasted a good amount of time, I started off on 40M and my first two contacts were into Belguim, followed by three inter G contacts, then I had a nice surprise with an S2S out of the blue from LA1ENA/P who was on LA/TM-190. My final contact on 40M was with a station from the ever-elusive SM land, well elusive for me that is!

Despite the wind, it was a nice day and the temperature comfortable, the reason I wanted to start a bit earlier was that rain was forecast for the afternoon. I moved onto 20M, the Sliderwinder DX is a great antenna, the only real major pain is you will need an SWR meter at the very least to tune it, and you can waste valuable time walking back on forwards trying to get it tuned. The best solution is to use a NanoVNA, which is probably lighter than an SWR/Power meter.

20M immediately bought me another S2S from Norway, after a few calls K2TRD from New York State called me, my first stateside contact whilst on a SOTA activation. Several more S2S followed and I ended up with a total of eight S2S by the time I packed up. This included G5NLD and G5HOW on G/CE-004, they remarked how they are used to 2M being a very quiet band and how they were surprised how busy 2M actually was! 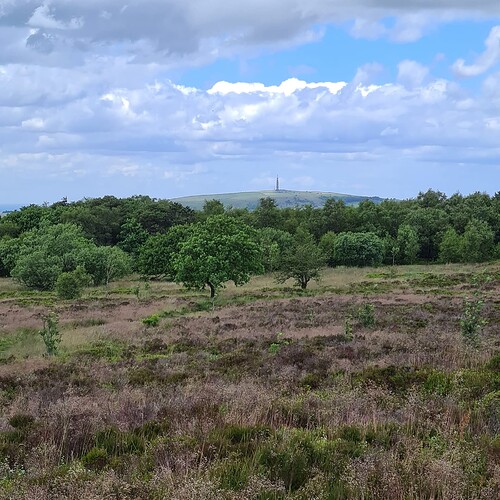 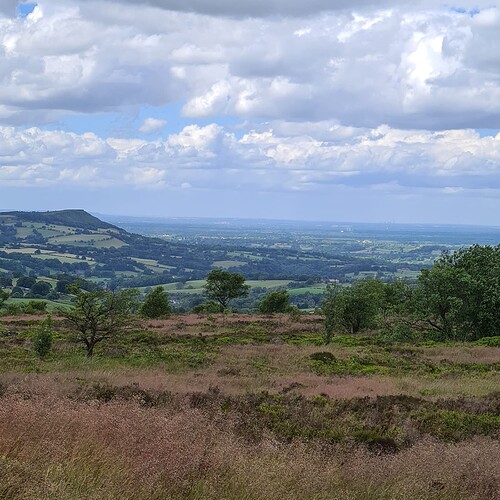 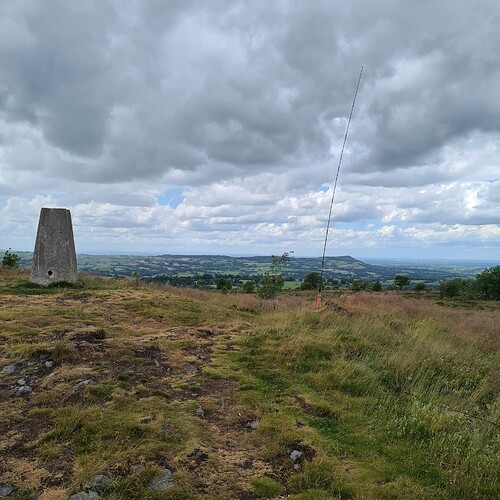 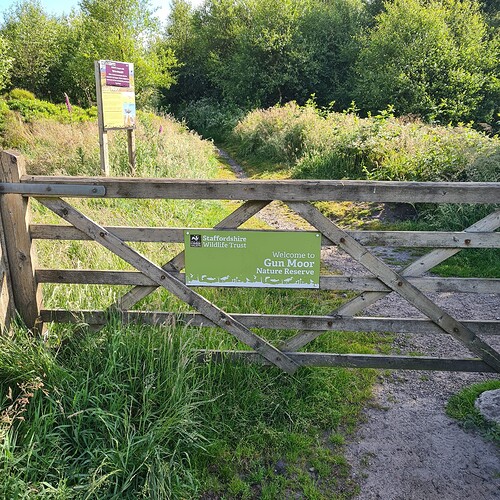 I did try 2M but only one person responded who was down near Birmingham, I think I had left it a bit late for 2M FM as it was past mid-day. totally different experience than when I activated the Cloud on
2M only, but then the Cloud has a better take-off over the Cheshire Plain.

I then had a look at 18M but found a very quiet band, looking at the horizon, I could see showers approaching from the west, so I tried to pack up as quick as I could. As I walked off the summit, the rain came down, warm summer rain at first but it soon turned cold. The forecast was for more heavy showers so I left for home, top tip for anybody travelling south on the A523 to Ashbourne, there is a convenient Fish and Chip shop at Waterhouses that is open on Saturday lunchtimes.

Overall a good day, with 36 contacts, I can see why this hill is popular but there are other hills but yes I will return. 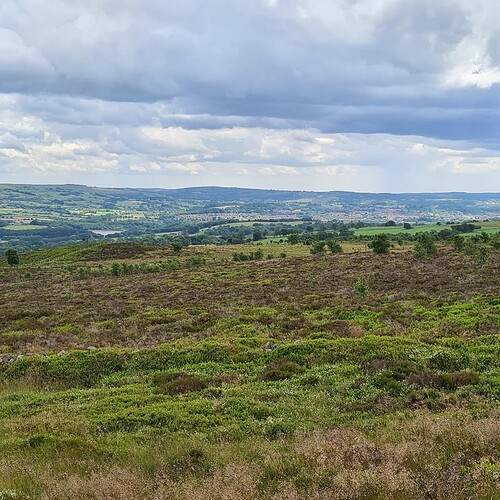 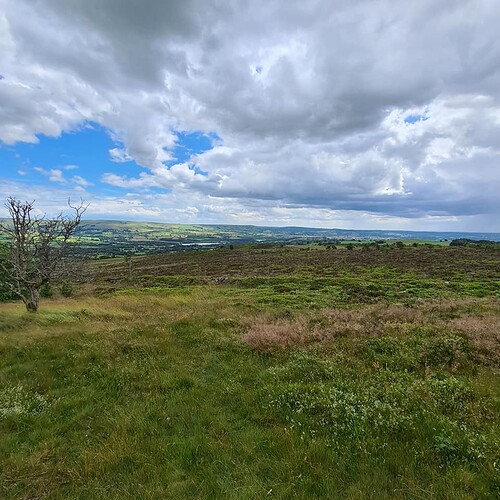 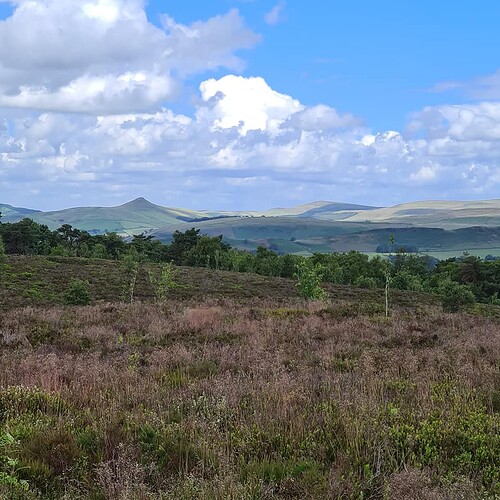 Got you in the log, I think the only UK station I got, I had only nipped out jet wash the car and took HF gear with me. Stopped at a local cafe and went SOTA chasing.