Gummer's How - Our SOTA family 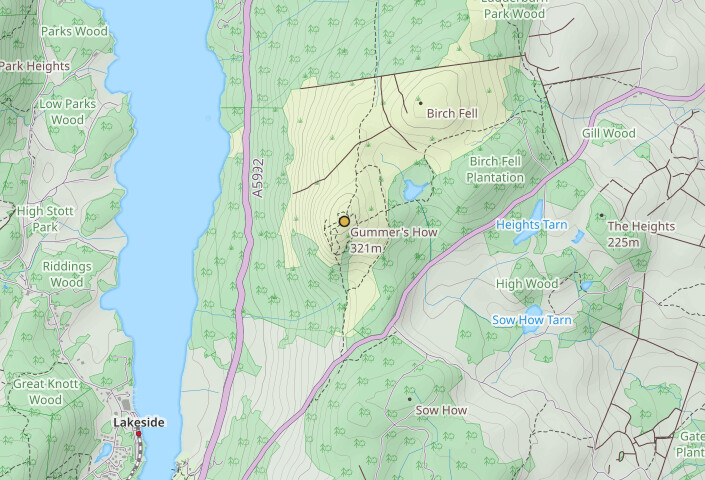 Following various changes in my family requirements this morning I wasn’t able to head to the planned summit Red Screes G/LD-017 as I was running about an hour late, so I opted instead to bring out the big guns FT-857D and the trusted SOTABeams Band Hopper IV (with an additional section for 60m) and head for my go-to local summit Gummer’s How G/LD-050. I think this is my 38th activation of that summit.

Thankfully the wind stayed much calmer than predicted and only after 3 hours did I finally deploy the tarpaulin to get some protection from the strengthening wind.

This is a popular family summit as you have a good head start from the road on the height and it has lovely views of the Lake District Fells and also Morecambe Bay and The Pennines to the East. I had to break off the radio many times to explain what I was up to, everyone was very interested.

Obviously the main focus was looking out for @EA2IF Guru’s spot and I managed to get him in the log on 30m CW after an hour on the summit. Bands were weird - it didn’t really open to the USA although there were some big stations making it through. As I am close to my 2,500 S2S points I concentrated on both working a frequency and also doing the crocodile-clip shuffle on the antenna to try not to miss an opportunity. There was no propagation to Scandinavia and other parts of Europe, but even so I did manage to get a healthy 19 S2S, so thank you to everyone who made the effort. What was also clear was that SOTA folk who were unable to head to a summit today were on the radio from home, a wonderful group effort. 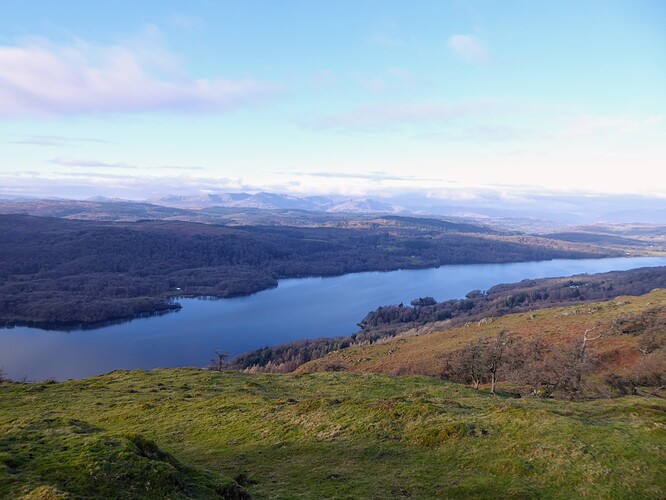 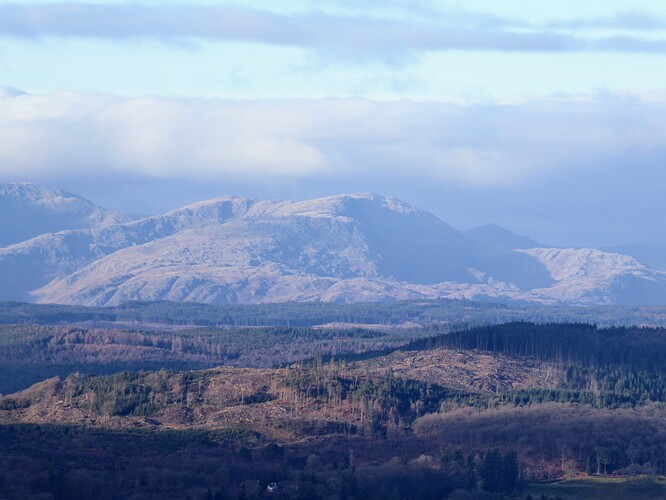 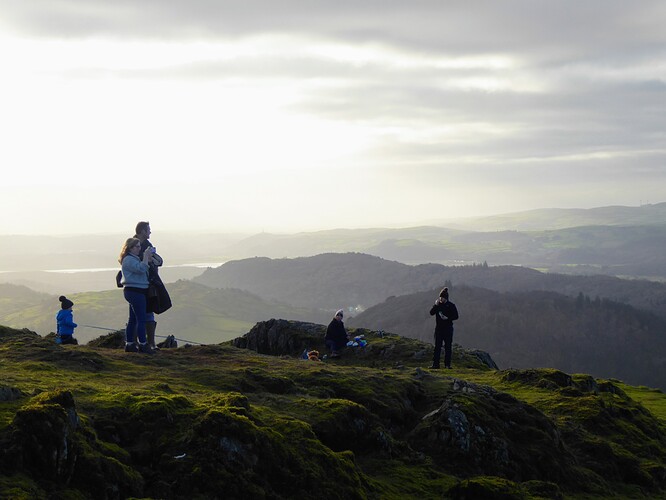 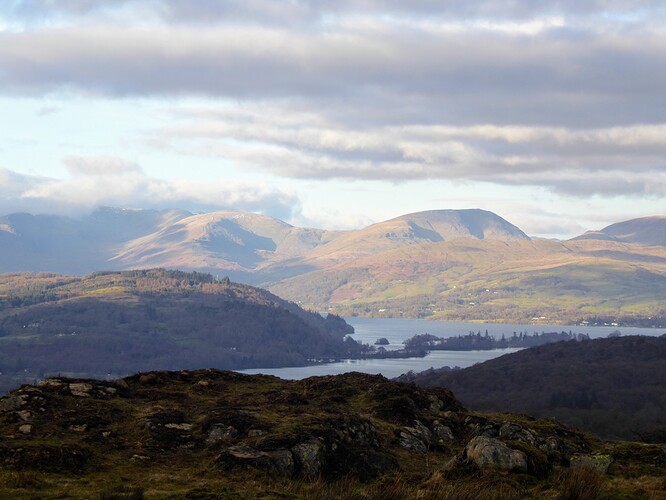 Not much DX in the log but of note was my second contact with YI1WWA Wisam in Baghdad who’s pileup I happened across by chance and somehow managed to break straight through. KA2HTV was a big signal but with a 5 over 5 over 5 antenna at 176 feet that isn’t too much of a surprise! I also enjoyed a good group of contacts on 60m and 80m.

Next weekend our local panto starts a run for a week and I have volunteered as follow spot, so my radio activity will be taking a backseat for a while. Both my wife and daughter are in it this time round! 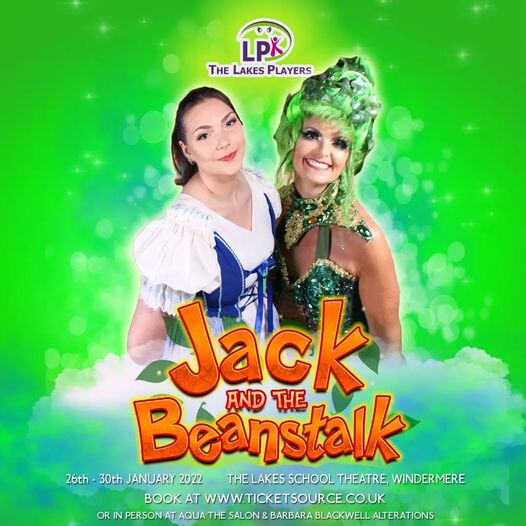 As the sun was setting the moon rose which was a magical end to the day, with the lake taking on a distinctive pink hue. 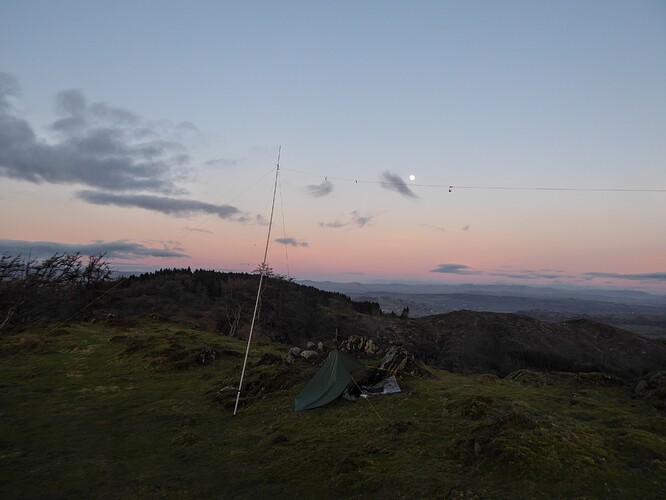 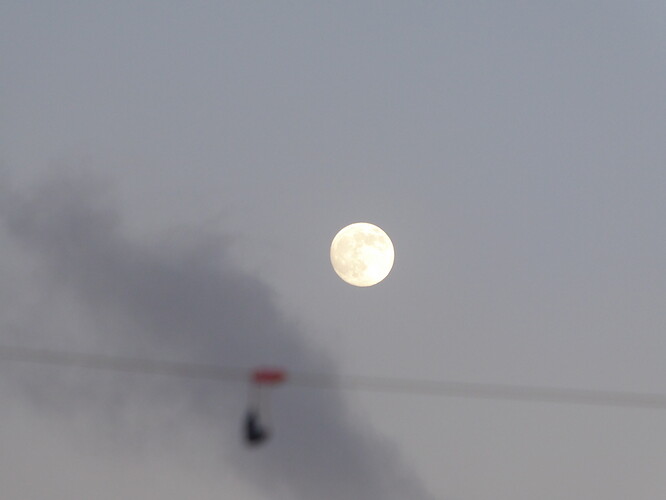 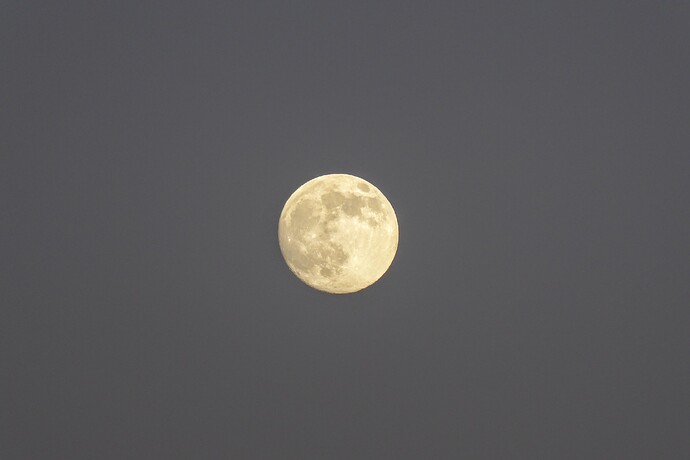 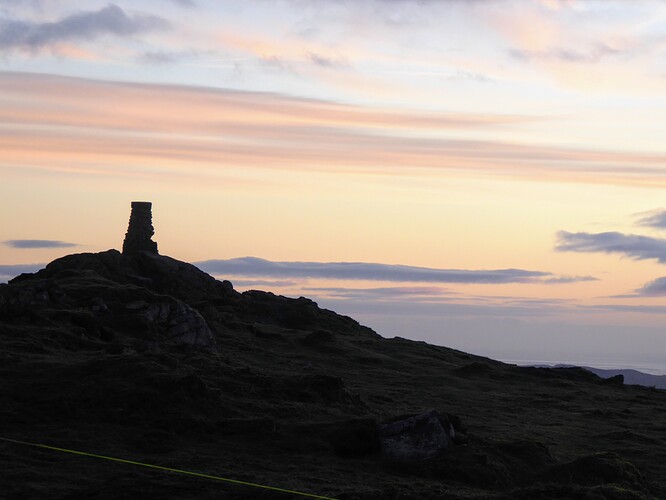 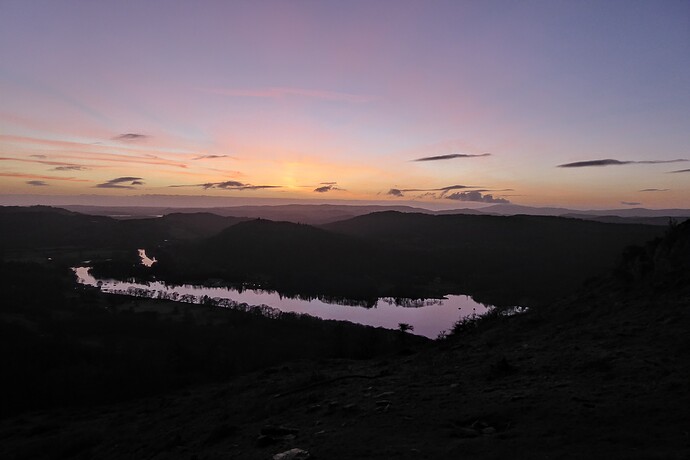 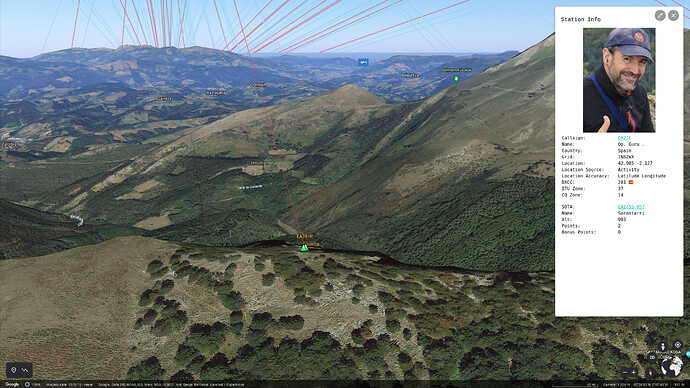 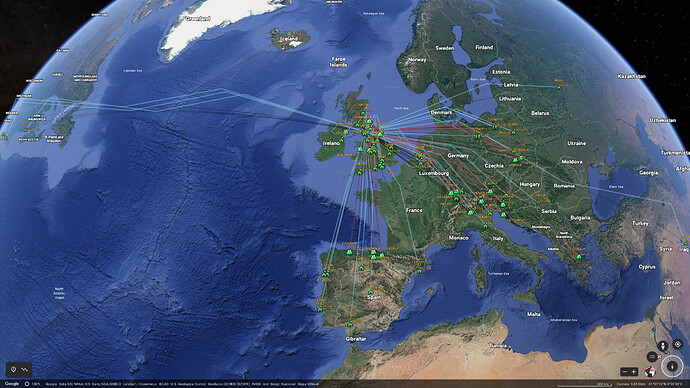 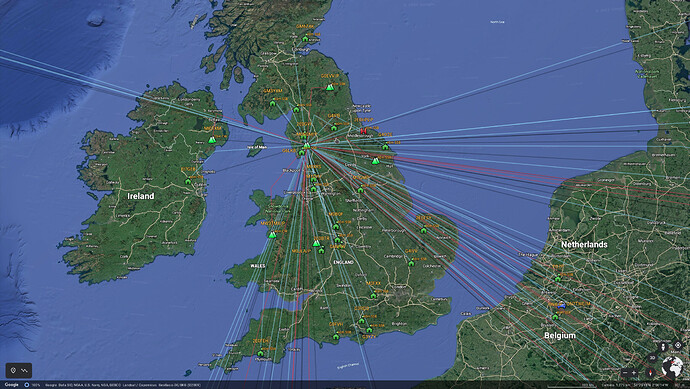 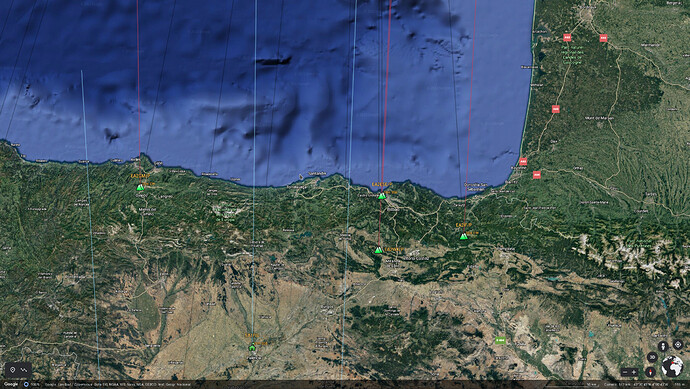 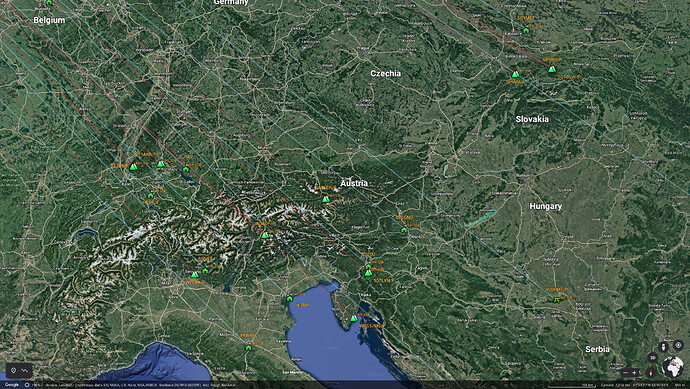 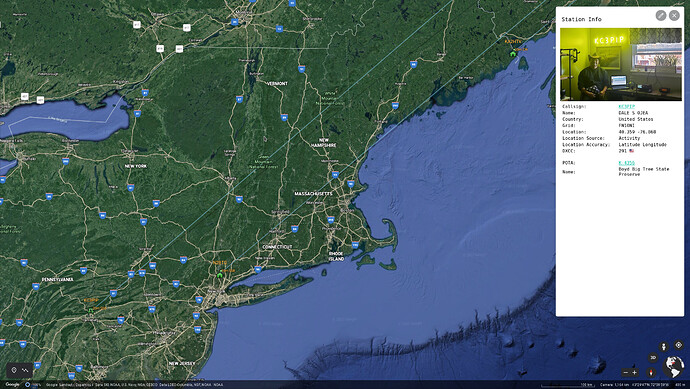 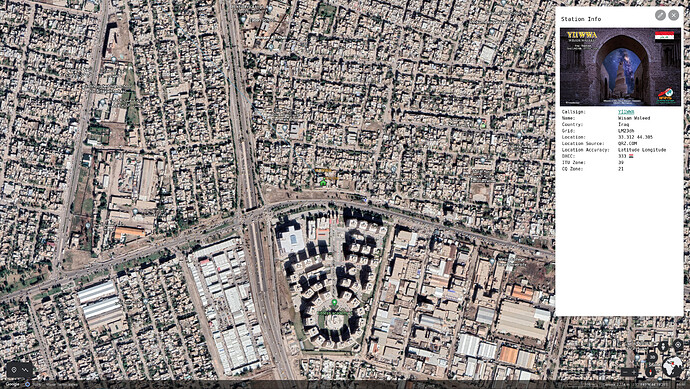 And the moon rose, over an open hill…

… and I think Mark was looking for America …

( But I can’t think of any lyrics at all with propogation in, other than perhaps the first bit of Peter Gabriels here comes the flood…) 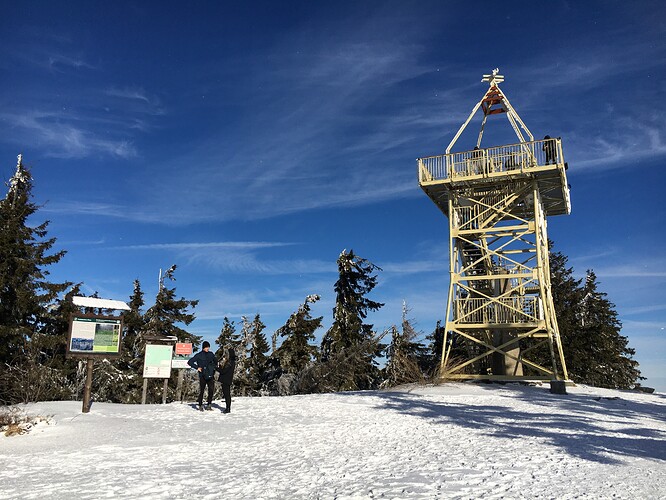 What was your power ?

What was your power ?

Having carried the 22Ah LifePo4 battery to the summit I figured there was little point in running less than the full 100 watts. Just have to keep an eye on folk wondering around, thankfully this is a large summit and I setup off the beaten track, so generally people only come closer when they are interested in what I’m doing.

Cheers for the S2S! Mark.

p.s. my back doesn’t thank me these days so I don’t do this very often any more!

… and just uploaded to the SOTA database and found I have reached the 2,500 S2S point mark. Yah!

p.s. my back doesn’t thank me these days so I don’t do this very often any more!

On my first stage with SOTA I carried 18Ah gel battery with me …
Now 2,6 li-ion is enough

Hi,
I wondered why you, an apparently sane individual, would activate the same peak so often. Then I saw your excellent pictures of the views. Totally justified. What camera are you using?

Well, after sat on that rocky summit for 4 hours, how about [a few lines further on] …
“I’m empty and aching and I don’t know why”

I wondered why you, an apparently sane individual, would activate the same peak so often

The Lake District is a magical part of the country and attracts 16 millions visitors every year, an area only 2362 square kilometres (912 square miles). I’m very happy to keep repeatedly walking some of the summits radio or no radio [but usually early morning in summer before the tourists get there].

Gummer’s How is my closest SOTA summit. You will find some folk who are mostly interested in DX will visit the same summit loads. I’m sure I’ve seen a statistic somewhere lately, and it makes me look sane, trust me!

The camera is a Panasonic TZ-80 @VK3AFW.

I’m starting to think I’m jinxed Mark. Most of my recent activations have been in mist! I rely on you to show me what I keep missing

At this time of year, spending over 4 hours sat on a summit is testament to your: