It was my birthday yesterday, so I was a bit late getting up this morning. However, the weather forecast was the best it has been for quite a while, so I set off for the Pfaffensattel and a promising double activation. I got to the Pfaffensattel at about 10:20, which is quite late by normal standards. The cloud was building up steadily, but I knew I would at least get the Großer Pfaff in before any rain. On the way up I met OE6KYG (Klaus); who had managed to get himself out of bed earlier than myself. He was finished and heading over to Stuhleck. We exchanged pleasantries and I continued to the summit. As Klaus had already worked 40m, I took the opportunity to just work 20m and save time before any rain set in. The view was still pretty good: 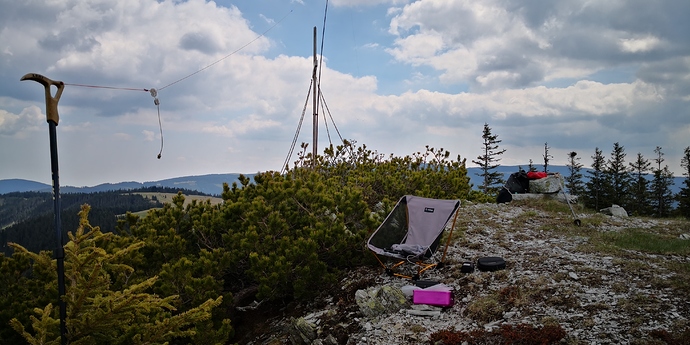 I packed up quickly and headed over to Stuhleck, hoping to catch up with Klaus. On my way up I ran into some of the local wildlife: 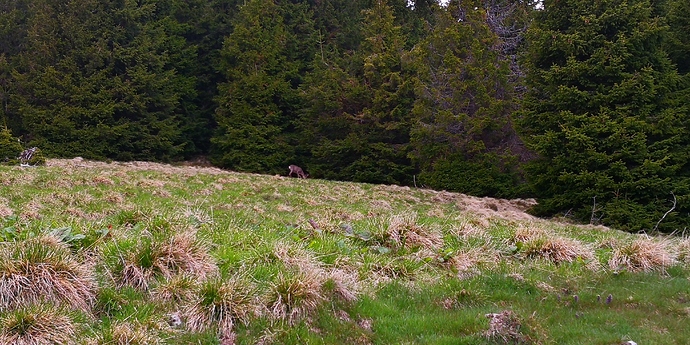 It seemed quite unconcerned for a while, before eventually darting off into the forest. When I got to the summit, sure enough, Klaus was still there finishing up on 30m. He kindly handed over and let me have 40m. He even took a few photos while I got down to business: 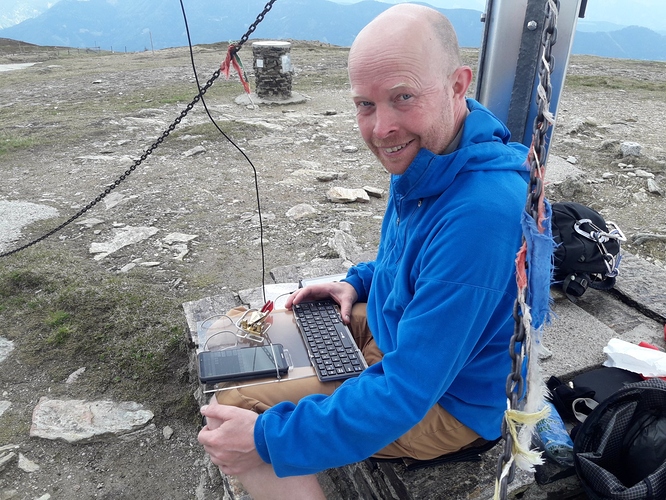 Fortunately, I avoided any rain that might have fallen and this summit brought me to 1001 activator points, so I am now officially a mountain goat. Thanks to all the chasers who have been there since 2014 when I first started out on my SOTA journey.
73 de OE6FEG
Matt

Congratulations on your new mountain goat status, Matt!
Always great to work you!

Nice to work you S2S today Sylvia, and nice to see you’re sticking at the Morse code.
Matt

- but it is generally getting better. Will keep at it!

Congrats, Matt - and what a great idea to combine your birthday and the Mountain Goat activation on the same weekend. Enjoy both, your new growth ring and your milestone. Happy SOTA!