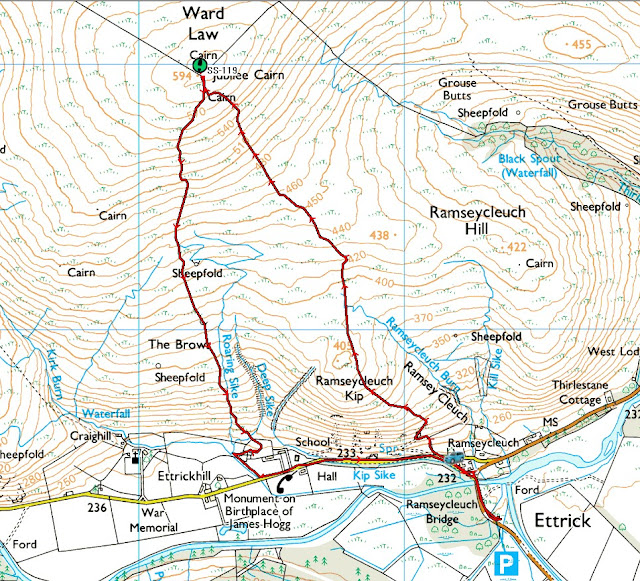 I don’t recommend the route I took climbing up to Ward Law - poor ground for walking over and onwards from Ramseycleuch Kip into a depression on rough ground, before climbing again. 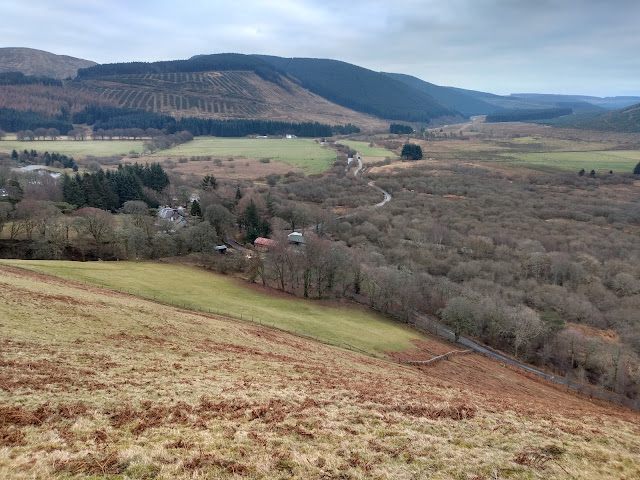 When I reached the summit I found a ladder stile, a deer fence and the Jubilee Cairn - not just a rough pile of stones like I had encountered on Ettrick Pen earlier that day. I set up initially on 2m FM with my handheld and dipole and immediately heard Colin M1BUU/P calling CQ SOTA from the summit of G/NP-004 Whernside - first contact summit to summit which bode well for a successful activation. Next call it was Derek Edge 2E0MIX in Whitehaven, good DX for the equipment used at my end for sure… 20 minutes later when the FM radio signal broke the squelch it was a call from G3TQQ/P - so I left HF CW to one side for a couple of minutes to work another two S2S contacts - Nick G4OOE with Dave G3TQQ who were both on G/NP-016 Dodd Fell. That was me done on 2m FM, so like on Ettrick Pen earlier, the summit could have been qualified with just 5 watts and a dipole on VHF thanks to other operators mainly operating from high places. Good to see that part of the radio spectrum getting plenty of attention in Northern England and Southern Scotland by the SOTA gang… 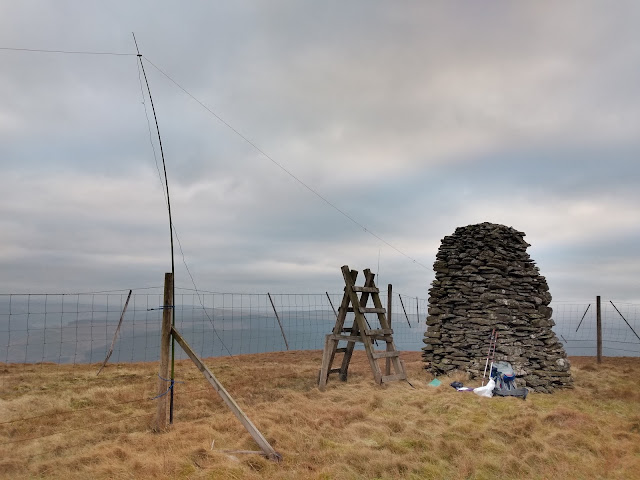 From the summit when it was time to leave, I looked below for where the sheep were grazing and headed for them, grazing on the few green areas of grass left on the flank of the hill. It was far drier and smoother than my chosen route up for sure - and an effective quad track was found leading to the sheepfold at NT 26181524 (Slightly out of position on the OS 1:25K map). I had parked in the parking area at NT 273142, but on reflection I would have been better parking at the former School or Memorial Hall at 266144 and climbing the hill from there, the way I came down. 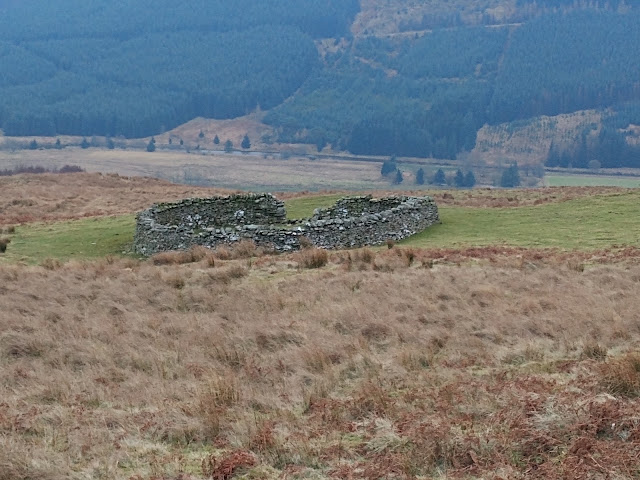 The GPX track was shared in the SOTA Mapping Project, and I recommend the downward route. 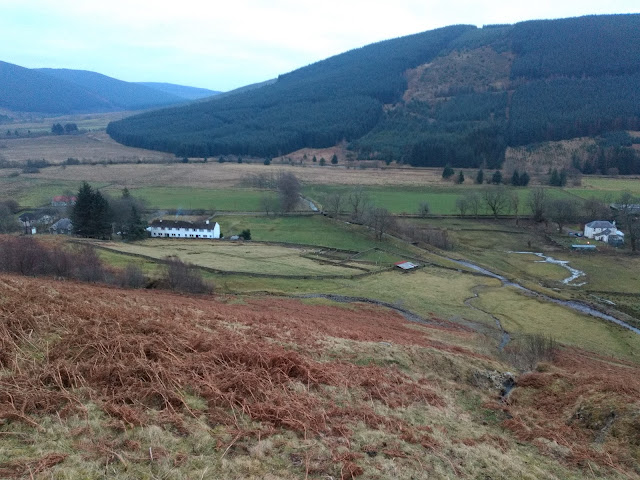 I’ll be heading up north again as soon as I get the chance, and will stay overnight at the Tushielaw Inn, Ettrick Valley again. The evening meal and bed and breakfast were excellent - too excellent in fact, I ate too much. Next time I will be targeting Broad Law SS-029, Dun Rig SS-052 and Deuchar Law SS-144. Let’s hope the snow stays away, I don’t enjoy getting cold sat on the top of a snowy summit.

Some majestic bogs in and around this chap. Bring your flippers!

I’ll bring a snorkel as well Andy, unless the mercury is consistently below 0c!

Thanks for the S2S Phil.

My Samsung A5 2017 displays the typical ‘fuzzy selfie’ for which the model is renowned. (Fixed focus, near) Anyway, this was the picture from my side of the QSO. 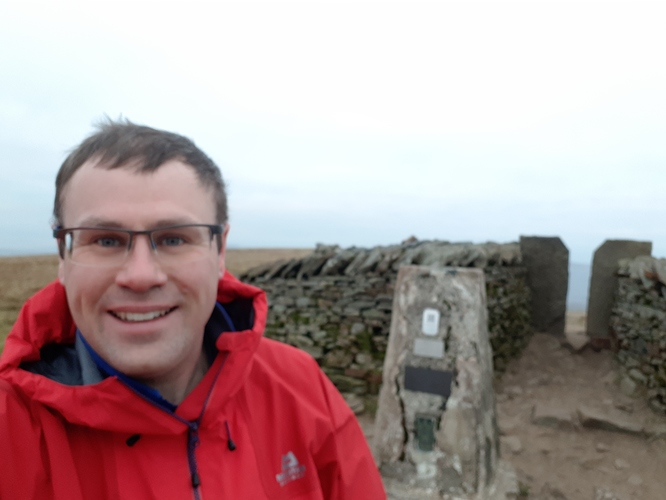 The bogs weren’t quite frozen, snorkel would be handy! 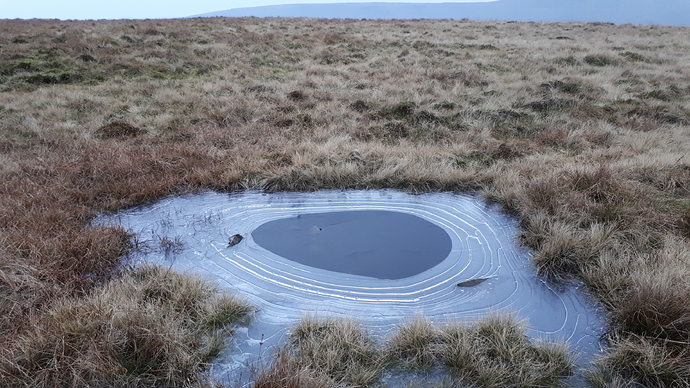 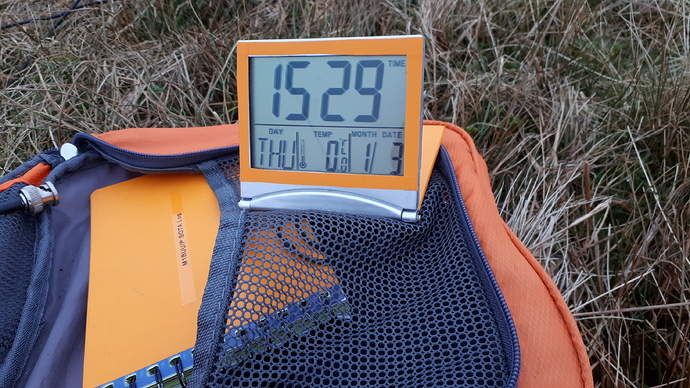