Copied from my Blog:

The long range weather forecast on New Years Eve was settled for several days ahead so I decided then to have an early start on January 2nd and head back up to Scotland to visit summits I had seen, but not climbed. I booked in for an overnight stay at the Tushielaw Inn, which lies in the Ettrick Valley - a pub which is surrounded by Marilyn Summits, some of which I had already climbed. The pub had been fully booked for the New Years Eve festivities, but the landlord Rab told me on the phone there were vacancies the following night, when I was the only resident and as it turned out, was the only customer having a meal and enjoying a few drinks. 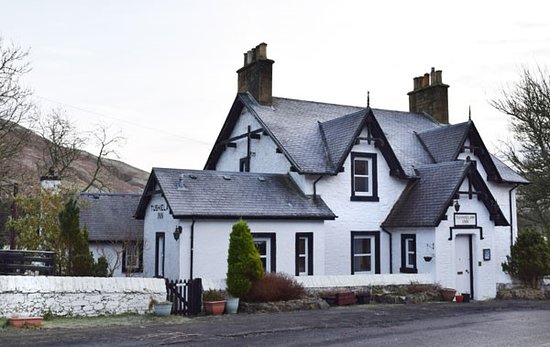 On my way to the pub I climbed White Coomb GM/SS-030 near Moffat and Law Kneis GM/SS-168 which is only three miles south of the pub. 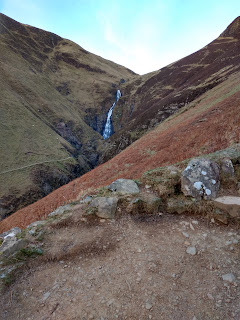 Leaving Pickering at 5.50 am, I was walking from the Grey Mares Tail Car Park in Moffat Dale to White Coomb at 9.20 am. Car parking is £3 per day or free if you are a National Trust Member. The popular route up to Loch Skene was quiet and empty as I climbed up beside the waterfall following the Tail Burn. The temperature when I started my walk was -4.5c, on what was a clear and beautiful morning. Without paying attention to the map of my proposed route I continued on the path for almost a kilometre more than I should have done, crossing the Tail Burn just before I reached Loch Skeen and then doubling back on myself across the moorland to rejoin the beaten path just below Rough Crags. My navigational error made me late and I reached the summit after almost two hours walking at 11.15 am. I stayed on the summit for one hour. It was cold even in the sun - but not unpleasant. The summit was visited by just one other walker while I was there. From 11:30 until 12:00 I operated on the 145 MHz FM band for SOTA and completed 20 contacts using 50 watts of power to a vertical dipole on a 5m pole. The contacts included summit contacts with G4VFL/PAndrew on Shillhope Law, 2E0MIX Derek on Blake Fell and G4OOE Nick with G3TQQ Dave, on Great Mell Fell. The map below shows the contacts made - the one mapping error is the contact shown in the banner. This was with G4YTD/P Tim, who was not near Hull where he lives, but Tim was actually in a camper van near Penrith! 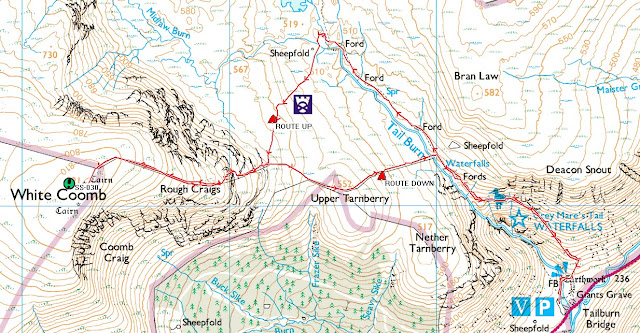 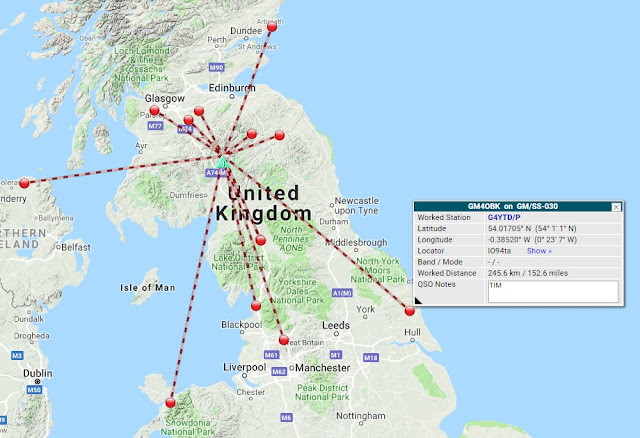 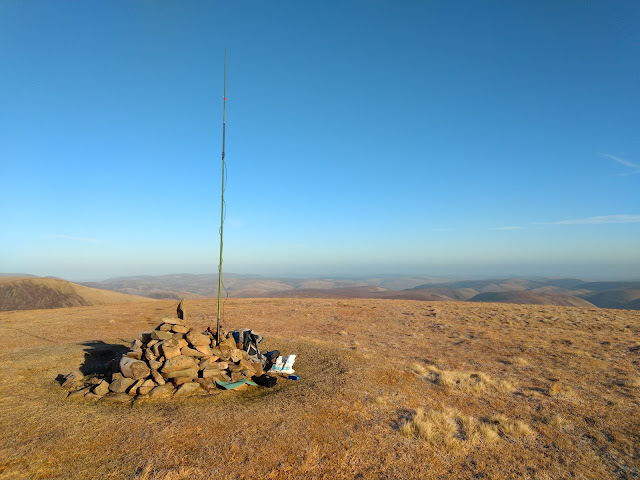 I took the more direct and correct route back, following a broken wall down to the Tail Burn, where a crossing was again made. It was just a case of climbing down this bank and crossing where the burn looked the shallowest: 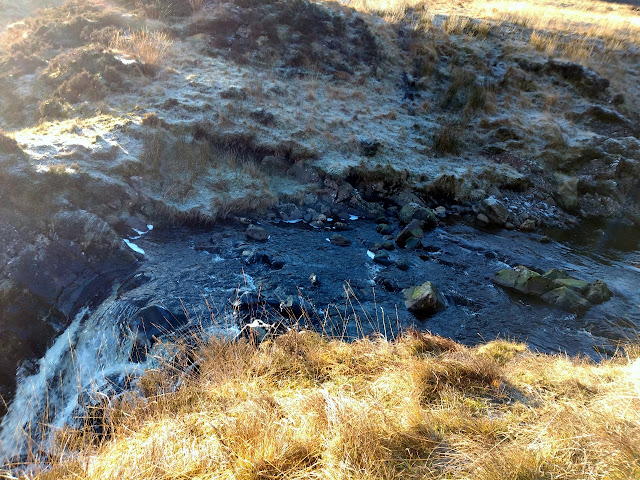 Once on the main path it was like a procession. 2nd January is a Bank Holiday in Scotland and there were tens of people making their way up to Loch Skeen alongside Grey Mares Tail. The earlier empty car park was now rammed with car, vans and campers when I reached it at 13:30, after taking 75 minutes to get back down from the summit: 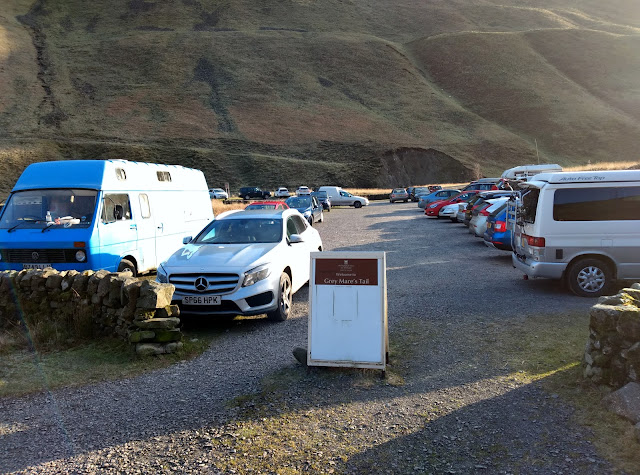 I now had a 22 mile drive to the parking place from which to climb to the remote summit of Law Kneis GM/SS-168 . On my drive there by St Mary’s Loch I was to hear G4OOE and G3TQQ on t2m FM again whilst driving - and completed a mobile contact with them when they were activating from the summit of Little Mell Fell.

Unfortunately I couldn’t copy you on 2m FM. Your carrier and mod was audible listening on SSB mode, so we would most likely have been able to make it had you had CW capability. Well done on working as many as you did.