We hoped to get an activation in on our way to our base for a week in the Angus Glens, but had driven through very heavy rain in Northern England and Southern Scotland, but the rain finally cleared north of Stirling. By Perth the clouds were breaking up and the sun was making an appearance, so we headed for Cairnie Hill.

We managed to pull off the B937 into a tight grassy verge area near a gate by an antenna around NO273154. From there it was a nice easy walk: S along the road to a track heading east, then bend right steeply, keeping on the track as the gradient eased passing a grassy area and then turned left to head uphill again passing many pheasant pens with lots of young birds. There were also several birds of prey (probably buzzards) circling above, though we didn’t see them descend on anything. The track emerged onto the main North-South ridge and meandered north gently undulating as it slowly climbed. The true summit was slightly west of the track through some trees to a grassy clearing with a small summit cairn. Caroline set up the VHF dipole by the summit cairn, and Martyn managed to squeeze the HF dipole into the clearing. It was a lovely late afternoon, but we didn’t have time to stay long: Caroline took just over 10 minutes to qualify the hill with 5 contacts on 2m FM and Martyn had 6 on 5MHz within a similar time. He tried 80m getting 3 contacts there, Caroline quickly tried 40m which got an S2S with both of us with OK/DB7MM and one other contact for Caroline. The descent was an easy reversal of the ascent. 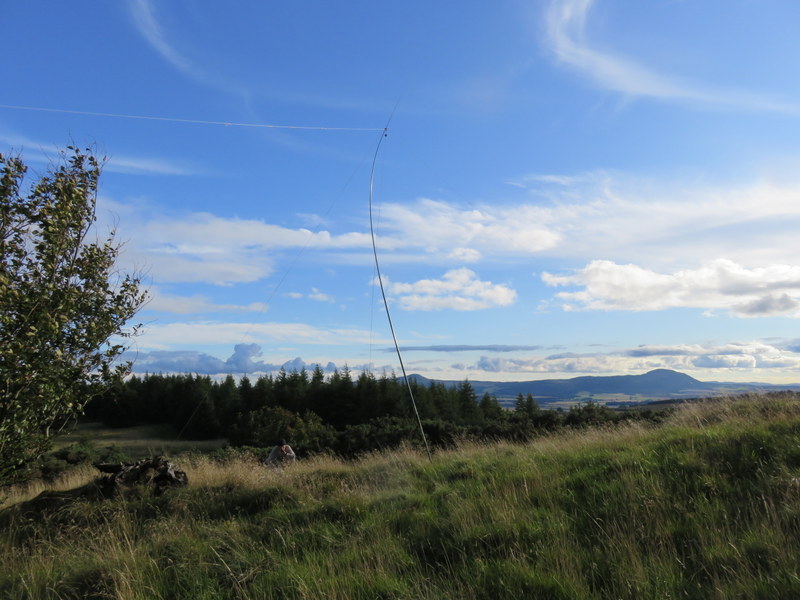 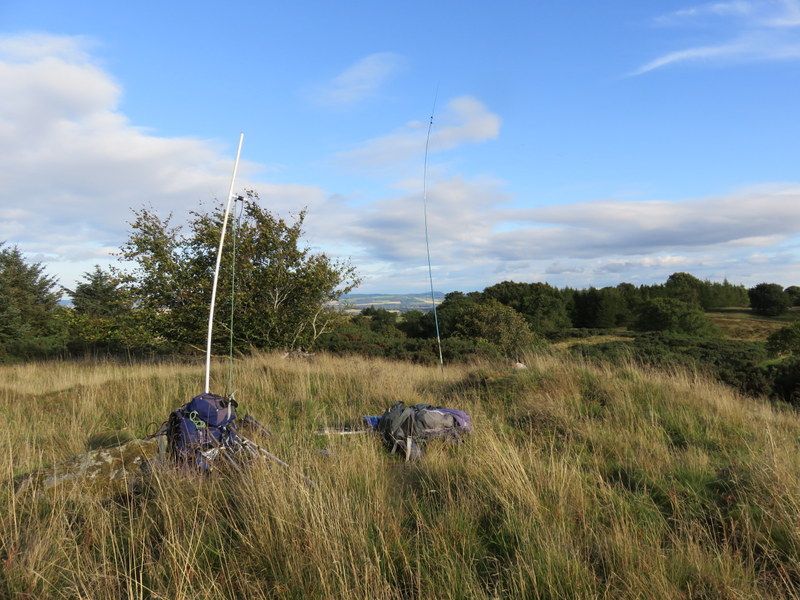