Well I can only apologise

Fraser: Sorry I couldn’t work either you or John from my /lP location (I did nip out to listen and try) but good effort persevering on the S2S contacts. Ample vindication of the old saying:“If at first you don’t succeed…” etc.

Saw your 2m spot (via Ken @GM0AXY) from Glas Maol today Viki. An easy chase from my work at Westhill. By the time I’d got out to the Land Rover, you’d already gone up to 70cms.

M6BWA’s ankle is having a day off so M0JLA is trying for several small uniques/completes.
73,
Rod

M6BWA Sorry Fraser about zipping to 70cm so quickly but, especially here, I tend to grab any 2m around and then rush to 70cm to see if any of them can/will get me on 70cm. Don’t spend very long on this and return to 2m (475 in this case I believe) and then 500 for another go at waking people up. The ones I find are very helpful and friendly but not many seem to have 2m fm!

May try to concoct today some details of my contacts so far if I can cope with this keyboard. Ankle is up on a bucket and asking why I have been up 4 Munros* in the last couple of days, (Answer - Glenshee parking is 660m and there are almost no tussocks and stiles - and (on the west side) there are lovely flowers, golden plovers and ptarmigan. Yesterday few flowers but hares and nearly stepped on on a fluffy baby grouse! * Got to check if Cairn of Claise 1064 is on the list! (PS It is!)
73 Viki

Still one more day to go near Pitlochry then 2 nights near Carlisle and a brief dash to Low Fell if the ankle is OK, and drive back to the Welsh borders on 28 June.

Sorry the log is not very impressive but Fraser MM0EFI is well aware of the problems I was having - and he uses a bit more than 5w I suspect. Thanks everyone who chased me for their support.and to M0JLA who is currently on his way up his 2nd hill (out of 4??) so please listen out for him on HF on GM/ES-064.
Viki

he uses a bit more than 5w I suspect.

On occasion, yes. Lately 5 W from the handheld into my 4-ele beam or my slim-g. The big rig (ft-857D) only goes up the hill when I fancy some 2m SSB, which can be even more frustrating/rewarding eg. only 2 contacts from Mount Blair, but caught @G0RQL Don down in Devon from Glas Maol!

Thanks for the 2m QSO today Viki and thanks for taking me first. Sorry if I was rather demanding. I was balanced on a wall and if I moved the radio more than a few cm, your signal dropped right out.

Mo had dropped me off at The Queens View with a coffee, a cake and my handheld. I waited for you while she nipped into Aboyne for some shopping. This worked out rather well - she reappeared mid QSO! 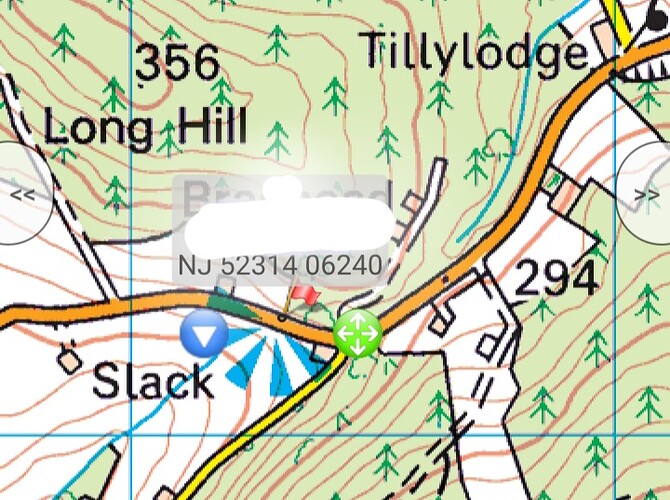 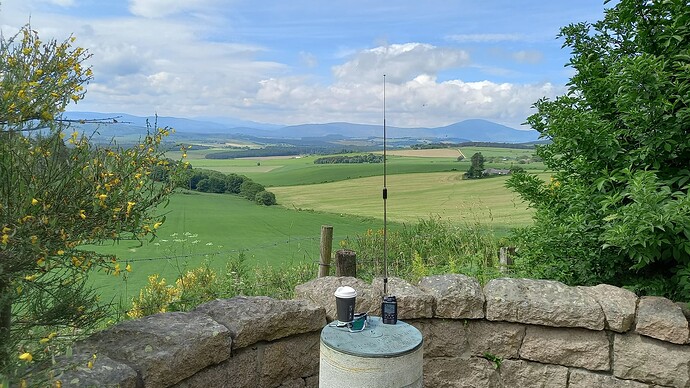 Hope you guys enjoyed your time up here and hace a safe journey home.