Hi All. Its been a beautiful day here in the highlands of sunny Scotland. Started todays activation slightly later than planned but updated the alert page to reflect the new proposed 1000 start, i was on the trail at 0900 and G0RQL was first in the log today at 0958 so I’m happy with my timing

Its been a number of years since i was last up Cnoc Mor, then the deforestation was quite fresh lower down the trail near to the stone circle maze, it looked terrible, gladly some it has grown back since, some not so much of course. I had also forgot how steep and undulating the trail was in some sections once you leave the large forestry track. Still good fun, and as per yesterday quite a short hop to the summit trig point.

Was hoping to copy yesterdays method of using the centre hole in the trig to support the pole but not so lucky this time, it was plugged with frozen ice. So deployed the guying method, i don’t know if it made much of a difference but the ends of the dipole were up slightly higher due to a few handy tree branches. Started off on 7mhz with 26 contacts including one at the end of my activation for a S2S with Brian G/VK3BCM on Shining Tor G/Sp-004, 505Km between us. 7 contacts on 14Mz and 2 on 145-FM. Had to QSY around both HF bands a little due to QRM, thanks for all who was keeping up with me on Sota Spots page.

Once the activation was completed, i had a bit of time remaining before i had to get back to Inverness to pick of the daughter from school so used the time to head to the opposite end of the ridge at Knockfarrel, or ‘The Cats Back’ as its known locally. Just a beautiful day for being out. Great views over to the SOTA neighbours Ben Wyvis GM/NS-005 and Little Wyvis GM/NS-050 plus many others I’m sure that I’m unable to name. On the way back to the car i stopped in at the Stone Cricle Maze, quite an interesting place. With blue skies around there was plenty of pictures to be had.

40 minutes Ascent, 1Hrs 20 Operating time, 3 Hrs for the detours on the ridge and maze etc. 700mAh consumed on the KX2, all HF stations worked at 10w.

Many thanks as always to the chasers.
Adrian
MM0TAI 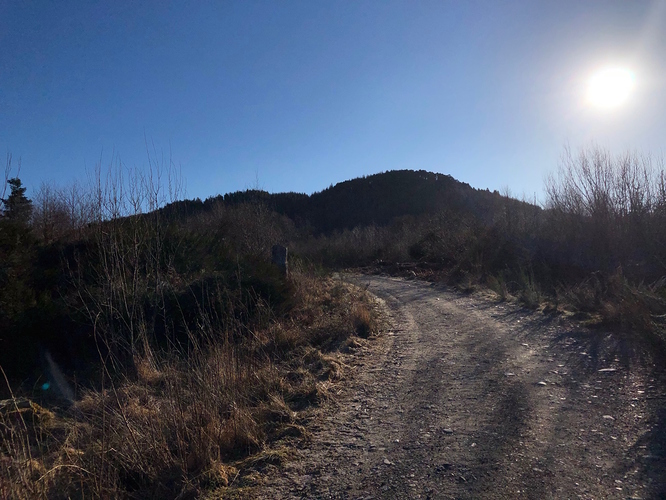 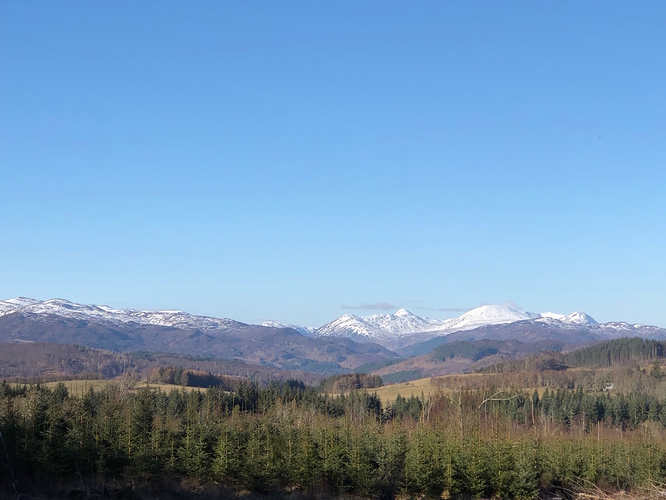 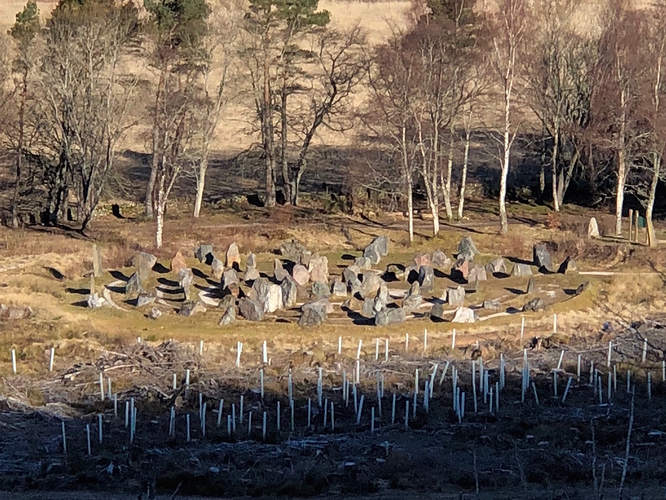 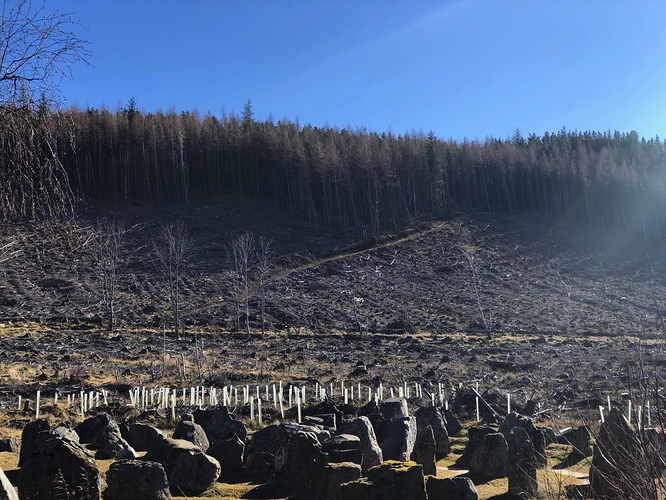 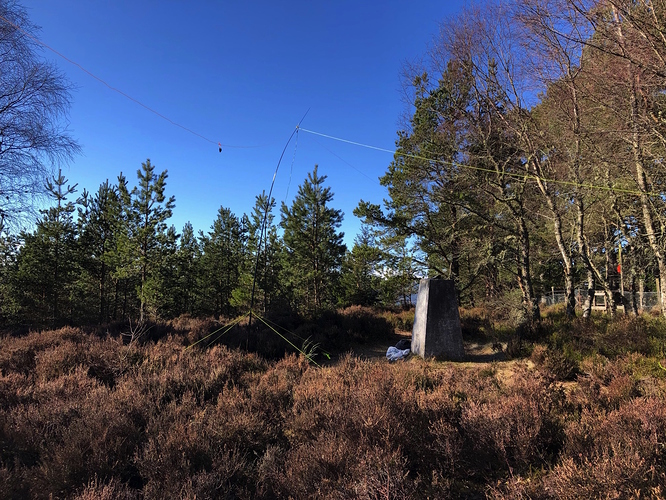 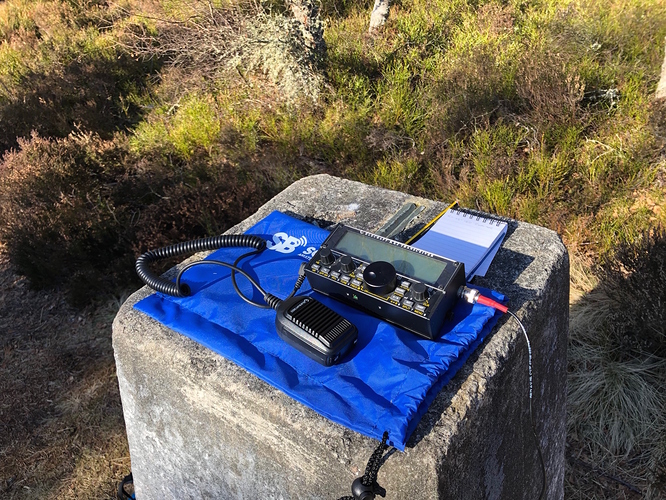 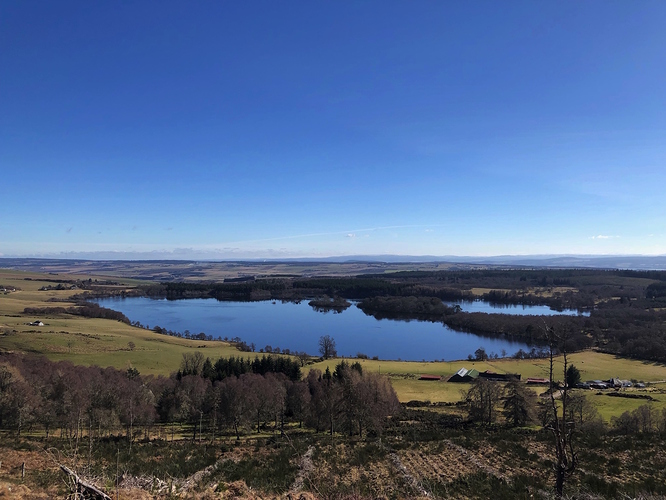 Little Wyvis and Ben Wyvis in the back still snow covered 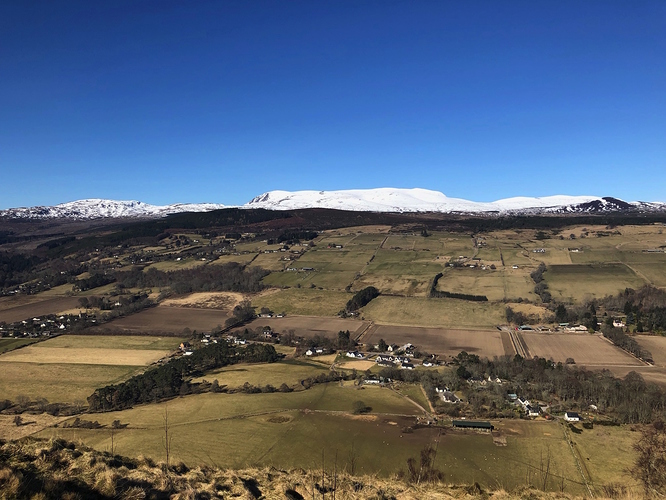 Looking back towards Strathpeffer from Knockfarrel 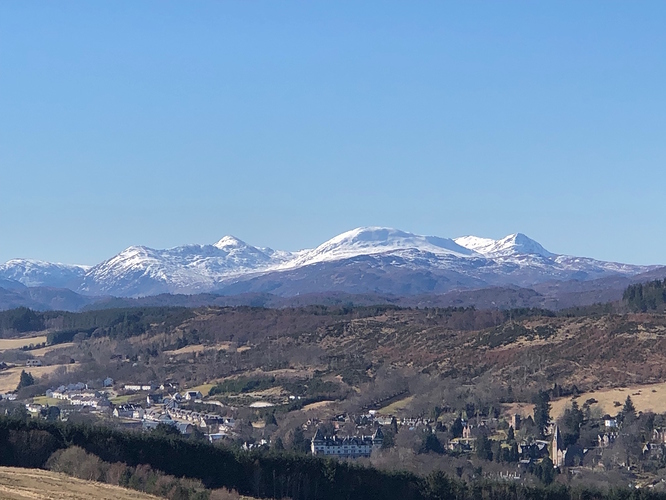 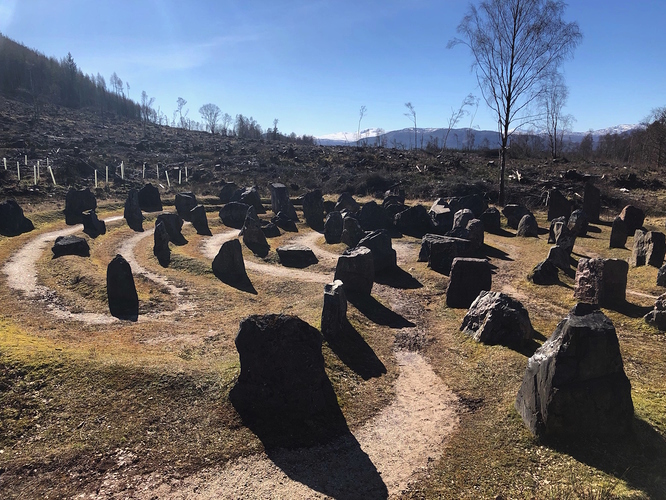 Not strictly SOTA, but stopped on the way back to Inverness for this one, we do get some sunshine occasionally. 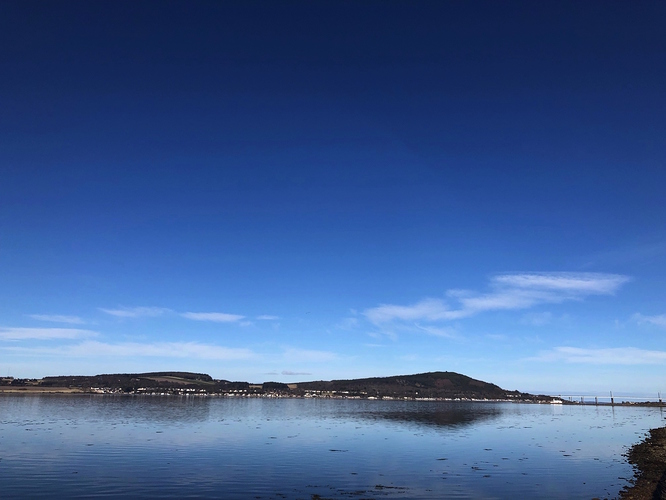 Thanks for the summit, trig point and WAB square, Adrian. Good to work you for the first time.

Your welcome dave, thanks for calling me. I always take a photo of the trig number, not that i collect them a such
maybe i should? But just incase anyone wants to ask whether i was truly there or not. 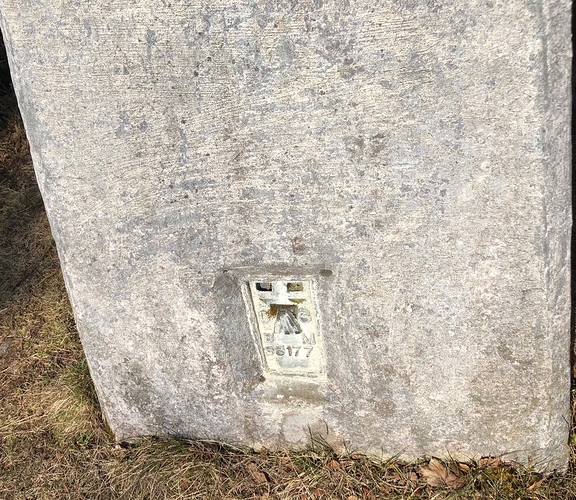 a beautiful day here in the highlands of sunny Scotland

Wasn’t Scotland supposed to be cloudy, rainy, snowy and so on?
Wasn’t Spain supposed to be sunny?
Where did you buy such beautiful sunny day?
Didn’t you exchange it to someone in EA2 land?
We’ve got a bloody cold, rainy and at some few times snowy day today.
Just kidding, of course

Thanks for the report and lovely pics.
73, Collecting them is entirely up to you Adrian. You can get a free award from WAB for activating them.

It doesn’t happen very often that we are in sunshine so best to make the most of it while it’s around.

Looks like a beautiful day Adrian. Fantastic scenery, great pictures. I’m sorry I was in the office

. Last weekend was a wipeout (whiteout?) for us (or am I just mixing the weather up with the rugby?)
I’m working on the West coast up to Oban next week so hoping to find a quick hill to stretch my legs on.

It’s a pity we don’t get weather like that more often.

Strange conditions struggled to work you. Normally Scottish Sota’s not in me dead zone being right down here on the south West coast.

Had some Es running at time as was working Wales at 180m skip and when band opened for you was short time only.

As for trig,s lot of us do chase them including myself as then you become a triple whammy namely Sota, Trig and WAB square.

For you may get asked if near the trig like within 30m of it as your photos show and wow lovely scenery there also.

Thanks again look forwards to more chasing of your Sota’s

Thanks for another contact Adrian and an interesting write up again,great pictures and views.73 Don G0RQL.

Hi Karl I could hear you fine when I was on 7.165 and I was calling cq and the 2W0 took over the frequency, I heard both ends of your qso before qsy’ing.

Thanks again Don. Will catch you again soon no doubt.