The forecast was for a dull day with some rain and clouds on the high hills, with the northwest looking to be the best direction. After our late arrival the previous night we were late to get up, so didn’t want anything too challenging. We chose GM/NS-049 Beinn Liath Mhor a’Ghiubhais Li, a Corbett at 766m, since it was a hill we had already chased, so would be a complete.

It was dull with some drizzle as we drove to the parking spot at NH287736 by the side of Loch Glascarnoch which was between our intended ascent and descent routes. At least the target hill was below the clouds but the Beinn Dearg range was cloud topped. Togged up with waterproofs we headed west along the road to cross a small bridge at NH279741 where we took a track which led through a deer fence into a fairly open forested area, where we turned left and followed a track which mostly climbed through the tress with the odd undulation. By the time we reached the far edge of the forest the rain was becoming more annoying, through the clouds had lifted to give some views of the still cloud topped Fannichs and Bienn Dearg ranges. We left the forest to ascend through boggy rough ground SE along the ridge of Beinn Liath Mhor a’Ghiubhais Li. Unfortunately the clouds descended as we climbed and we soon lost visibility of the other hills, but we ploughed on until the small shelter surrounding an OS stud appeared. There was no sign of the trig point marked on the map.

We set up with Caroline in the shelter and Martyn outside. Martyn again struggled with a single contact on 5MHz, while Caroline got 3 on VHF. Martyn moved to 7MHz with Caroline also grabbing the first contact to qualify the hill before Martyn had 9 more contacts. Caroline then took over HF for a 15 contacts on 14MHz (one S2S with Marco S57MS also grabbed by Martyn). Since we were only doing one hill Martyn had time to try 28MHz – just 5 contacts, including working Marco again!

As we were packing up the clouds were swirling around the hill, giving brief glimpses down into the valleys either side. We had intended descending via Meall Daimh, but the route had looked tricky from the parking space, so we decided to return via our outbound route given the poor visibility. As we descended the clouds again lifted our summit, so we at least got a view of it looking back, and managed to get back to the car just before the rain started again!

The best views were of surrounding hills caught when the clouds had lifted a bit. 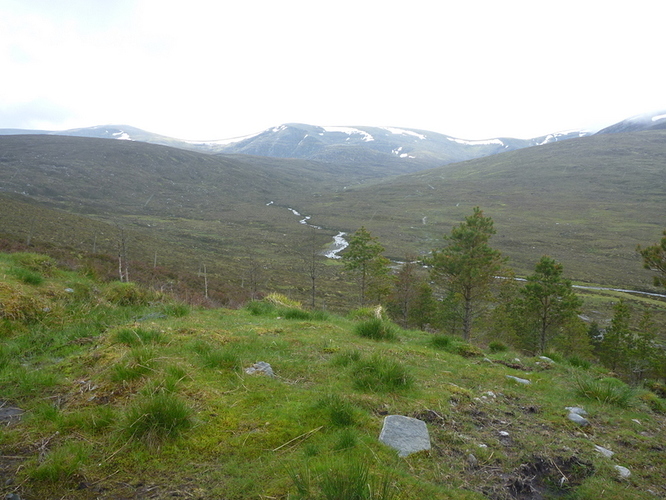 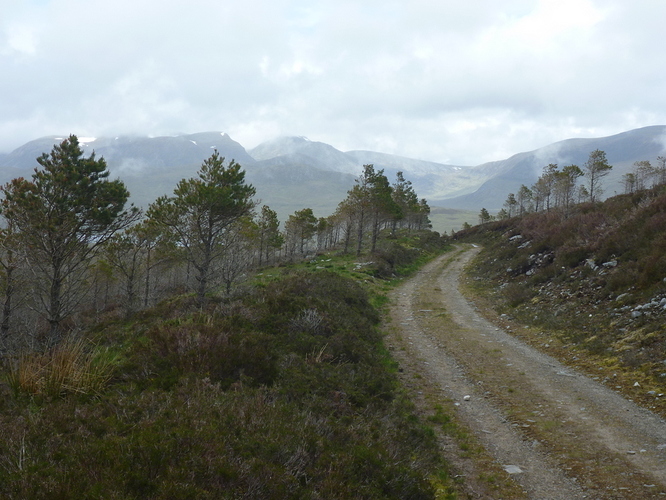