My original plan was to activate Carn Liath, GM/ES-020 but the weather forecast changed to predict fog and mist at the summit for a good part of the day. As seeing nice views from a top is a major part of SOTA for me, I canned that idea and headed for Dufftown in Moray where sun was predicted all day - the cross-country drive from my home QTH is about 1 hour 15m. Meikle Conval is a fairly steep 2 pointer with close neighbours GM/ES-057 Little Conval and GM/ES-021 Ben Rinnes. There are 2 ways up, a longer less steep approach from the North and a shorter steeper one from the East. I went up the short path and down the longer one - see map. There is a convenient layby just down the road from the track start. Alternatively, there is parking possible at Dufftown Golf Club with permission - if parking there I would recommend going up and down the longer track. The short track is an ATV for 2/3 of the way, with the final third a single track through ankle-deep heather.
Weather was sunny all day but there was a fairly strong constant wind from the South, so I decided to deploy my tent for shelter. Cue much flapping.
I tried a different set up this time for my Hyendfed - inverted L. I was pleased with the results and I will use that again. I put up a 20m delta loop as well plus my 2m/70cm beam - the latter produced nothing all day, not a whisper on 2m. Due to the wind, I left my WARC dipoles until much later in the day.
Compared to last week, the bands were in much better shape and I even managed 2 non-SOTA QSOs on 10m, but had no chasers. Had some good runs on both 40 and 20m including a lot of S2S and when W1OW called in at 1148 I thought maybe 20m would open to the US for a change, but he was the only one I heard from across the pond all day. 18m opened to PY and when I heard ZD7FT I decide to put the WARC dipoles up, gingerly. However, by the time I’d done that he was gone. After a spot and CQs F5JKK gave me one QSO but no other chasers appeared. The wind had picked up, so I took the dipoles down. Packed up at 1600 after squeezing in a second S2S of the day with Dave MM0RFN/P who was activating several summits north of me. 89 QSOs for the day and 23 S2S.
Starting down, I realised that on getting to the top I had been so taken with the magnificent view of Ben Rinnes that I carelessly forgot to register where the track ended, in order to find it again on the way down. The track is pretty obvious looking up the hill, but looking down its just a sea of brown heather unless you know exactly where the track starts. Rather than mess about, I elected to go down the very obvious North route which meant I got back to the car 30m later than planned. I also took a short cut through Home Farm which is probably not to be recommended as a usual route, but no angry farmer appeared and I just got some desultory barking from the farm dogs.
Thanks to all as usual for making it a fun day out.

Route map - way up in red

Meikle Conval from the North side 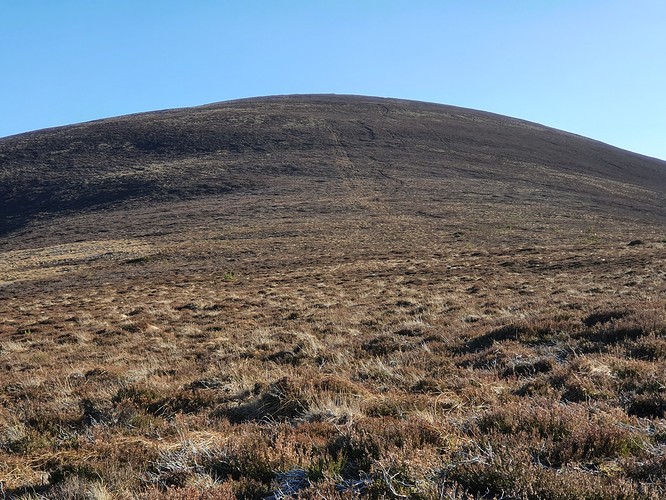 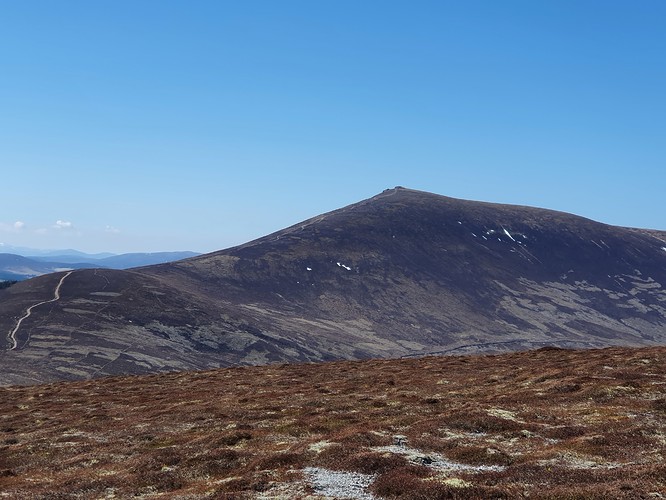 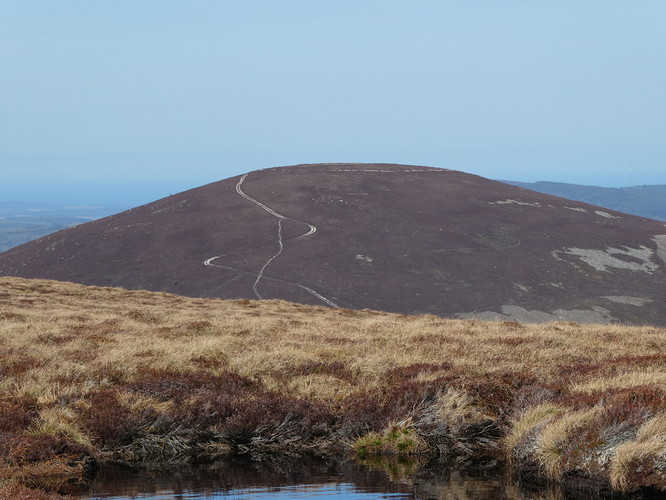 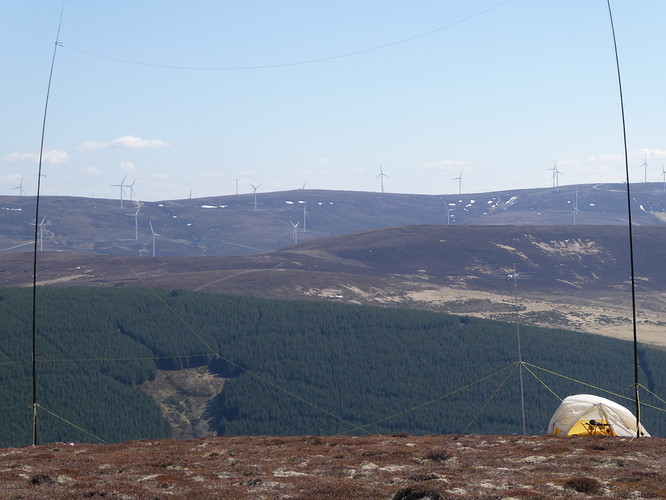 Thank you for your report and thanks for the s2s qso yesterday. You had a great time and no trouble with the farm dogs

. In total we only had two qso together. Both s2s

See you soon in the next qso.

Thanks Marcel. I look forward to our next S2S,

Great hill although, if parking at the golf club, it is worth activating the three summits starting with Little Conval (not an obvious ascent from the top fairway) and ending with Ben Rinnes. If just activating ES-051 then it is possible to park at NJ304372 (space for just one car when I last lived near there) and take the obvious track to the summit. The ascent from the Ben Rinnes parking place is masochistic

Hello Barry, with the pack I carry I could only do them one at a time or I’d kill myself

. Your parking grid ref is very close to the layby where I parked which looks the same as it is now on Google Streetview. The start of the track up on Streetview shows a gate with a “Keep Dogs on a Lead” sign. The gate is still there and padlocked and the sign is on the ground, but the bracken has been cut down beside the fence, so there is no need to climb over the gate. I had a look at the Little Conval path on my way down from Meikle - it looks like a strenuous zig-zag with a kamikaze “route 1” option that I would certainly avoid.

Always a pleasure to catch you on the air (and marvel at your setup pictures on the reflector!)