Alert posted, but when it comes to VHF, I need all the help I can get. I suspect there are a few looking for a Complete for this hill too.

No Tropo forecast tomorrow, but I still hope to be able to reach G and maybe some GW summits. 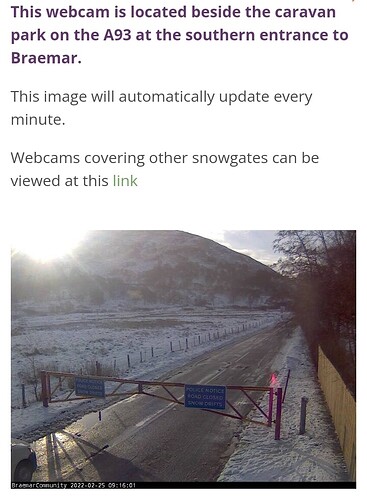 Will update the Alert when I get past the gates.

Sorry we couldn’t get a S2S this time round, but there is always next time!

Snatching Victory from the Jaws of Defeat

Everything that could have gone wrong went wrong.

We arrived at Braemar around 0915. The snow gates were closed and there were around 100 cars waiting. Mainly skiers. Checking online every few minutes and nothing was happening. Mount Blair would have to wait. We had a weather window this morning and needed to be using it!

We started to look for alternatives.

Todays hike was mainly a rehab one for Mo, so we couldn’t try anything too big, however I suggested Morrone GM/CS-060. It was a slightly longer walk and slightly more climbing. It starts from a car park on the edge of Braemar this side of the snow gates.

1000z and we were away. As Morrone is surrounded on 3 sides by much larger mountains, I ditched the VHF mast and beam, the feeders, choke, short guys etc. I’d be carrying the 7m pole, 40/20m dipole, FT-857 and my handheld. 500m up the track and it suddenly dawned on me that the LiFePO4 battery for the radio was still on the table back home!

We had a quick committee meeting. Mo would carry on and I’d nip back to the car and ditch the heavy radio. I’d have to chance it with the Yaesu FT-3d. 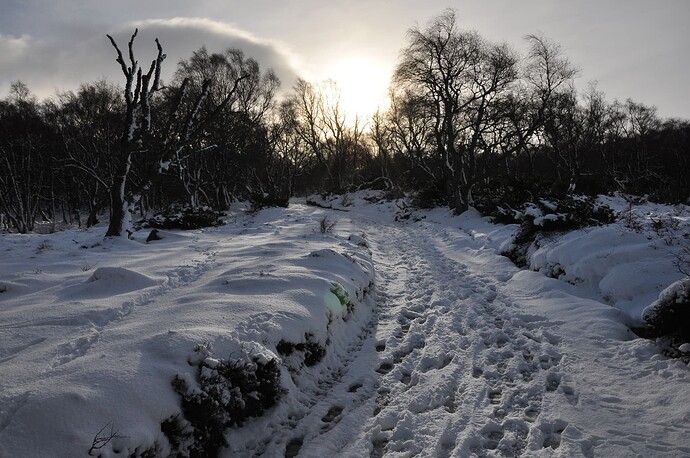 Back at the car I re-acquired the 2m beam and feeder/choke and headed back up to eventually catch Mo, who by this time had made remarkable progress up the hill. 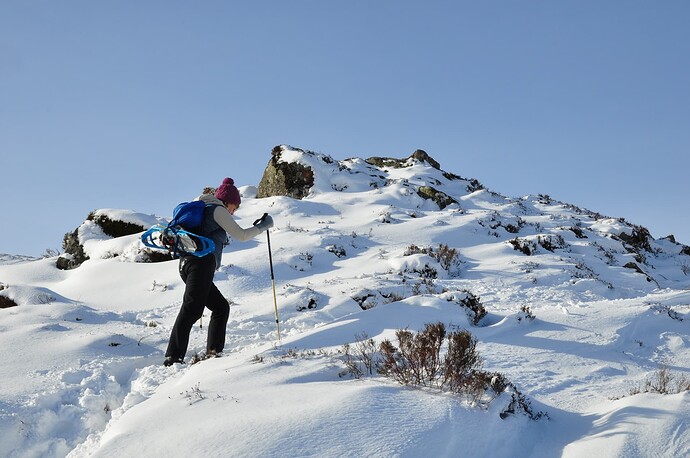 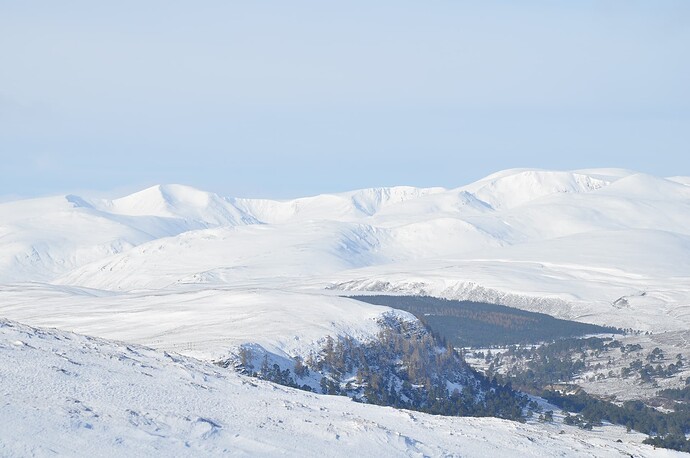 We had carried snow shoes rather than crampons. Further up we donned them, not for deep snow, but for slippery scoured ice and snow. Crampons would have worked equally as well. 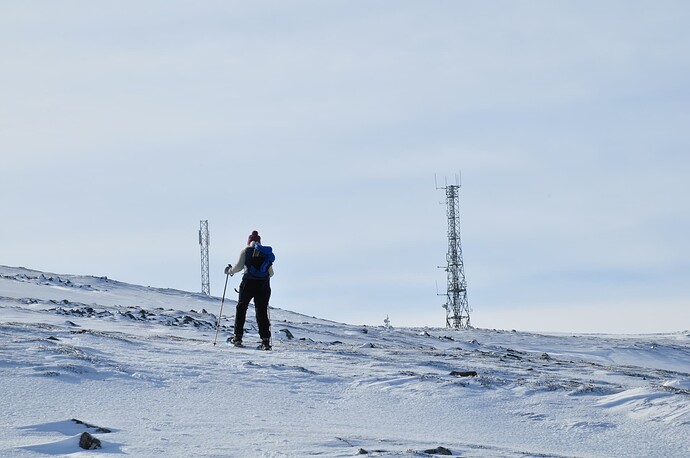 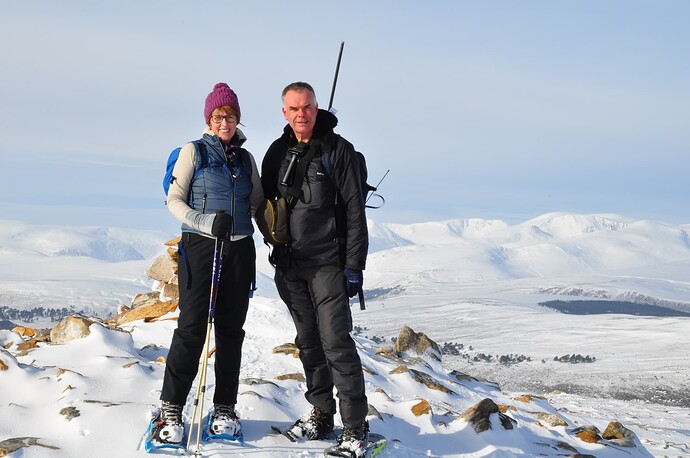 A 5 watt handheld and a beam. I suspected I’d make just one contact and that was because I had Simon @GM4JXP lined up from his home in Aboyne down the valley. Every other direction was over much higher ground. 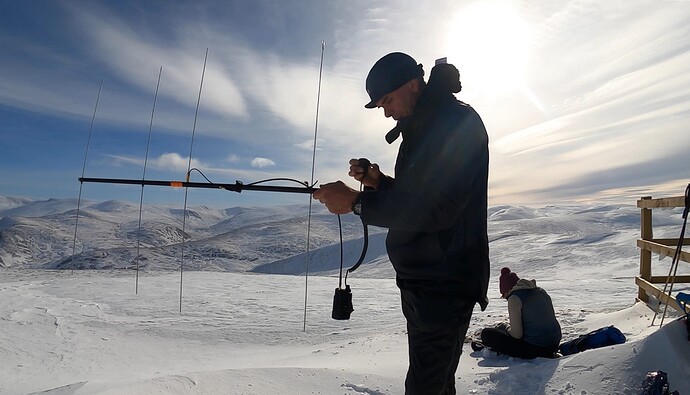 I Whatsapped Simon and we had a short QSO. I then put my spot on and beamed south.

Gavin @GM0GAV came straight back! 5/5 over the top of Glas Maol!

Straight after that, Ken @GM0AXY came through faint. However pointing the beam at Glas Maol again improved the signal dramatically.

Finally, Brian GM8PKL came through for a brief QSO, also from Edinburgh. Four stations, summit qualified and from the middle of a VHF desert, with just the handheld. I was elated!

Glas Maol is a big lump of a mountain and it has a great dome of a summit. I can only presume that the radio waves were diffracting over the top of it. Brilliant! 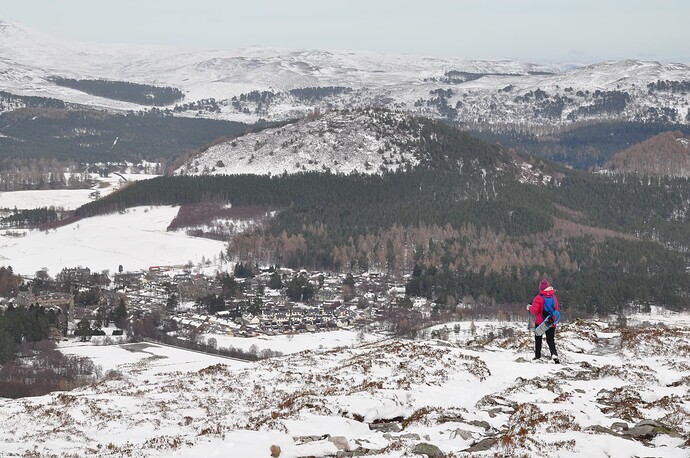 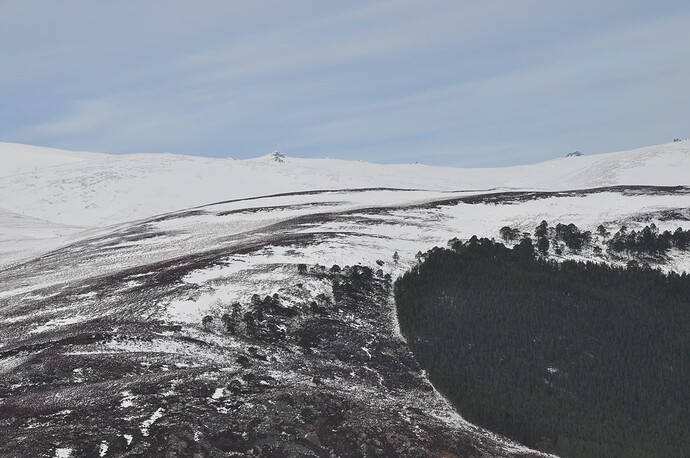 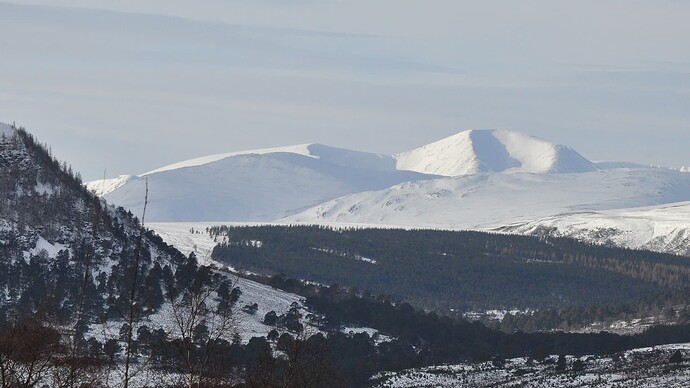 Conclusion
I suspect that my success was down to two things:

Huge thanks to Simon, Gavin, Ken & Brian for Chasing today. I hope it was a Complete for maybe a couple of you at least.

Apologies to Don @G0RQL , Ritchie @MW7RJO and Ben @GW4BML , who I’d lined up for some 2m SSB and FM fun from Mount Blair. Next time Chaps!

Oh, and as I finish typing this, a short video has just appeared on YouTube: 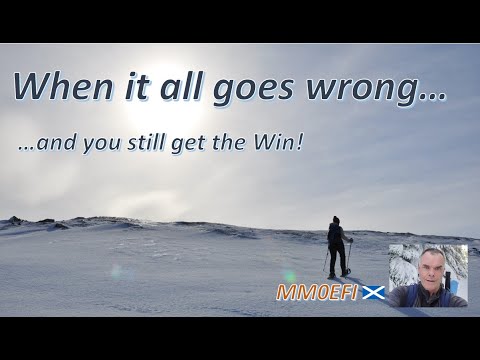 Great report and video Fraser, these things happen! The amount of times I’ve reached a summit and forgot something

Hahaa! You qualified though which was spot on, job done

the S2S will happen soon, I’ll have to look at purchasing a beam for some 2m SSB action. Just about to start climbing the ‘Rhinog’s’ now, catch you laterz. 73 from a sunny wales

Your reports just get better and better Fraser. Excellent stuff.

For the all random collection of photons that is my thought processes, I usually am pretty methodical when packing for SOTA. I had everything laid out on the table. I just neglected to pick up the battery!

Simon, Thanks for the QSO. Hopefully you realise your importance as a Chaser, when you contributed to 25% of my QSO’s yesterday.

My turn to chase you next…

I had everything laid out on the table. I just neglected to pick up the battery!

Having done the same on one occasion, I now totally pre-pack my bag complete with batteries before taking it out of the shack and putting it downstairs ready to go in the car. On arrival at the parking spot, it’s on with my boots and clothing, attach pole to bag, add water bottle and set off. The most left behind piece of kit is my handheld which is less of a worry as it rarely gets used on a summit.

Thanks for another great reporrs and fabulous pics. I’m hoping to get up to play in the white stuff in the next week or two.

Gerald, I usually visualise my summit station from battery to antenna and pack in order of flow. I still did this on this occasion. The battery was sitting right beside the radio. It just never made it into the bag.

The most left behind piece of kit is my handheld

Well i tnink i just proved that a Handie is handy to have.

Hope there’s still some snow left for you when you come up!

Excellent report and video! Doing some advertising before a 2m activation I’ve found essential at this end of the Country as well.

A couple of quick questions if I may.

Is the beam home-made? It looks like a section of fishing pole.

What video editing software do you use?

Is the beam home-made? It looks like a section of fishing pole.

Hi John, The beam is a section of fishing pole with aluminium welding rods for elements. The rods pack inside for transport. It’s got me into Wales from the Cairngorms with the handheld more than once!

What video editing software do you use?

It’s Cyberlink Power Director. They’ve moved to a subscriptipn model, which I resent, however the latest edition has so many more features than tbe 5 year old vetsion I owned.

Thanks Fraser for a great video and well done for a successful activation.

Cheers to you both

a rehab one for Mo,

Congrats to Mo on her rehab. It looks like she’s doing great.
I hope and look forward for a complete successful rehab.

Guru, Mo says thank you. We’re over on the west coast for a few days this week, trying to take it easy. 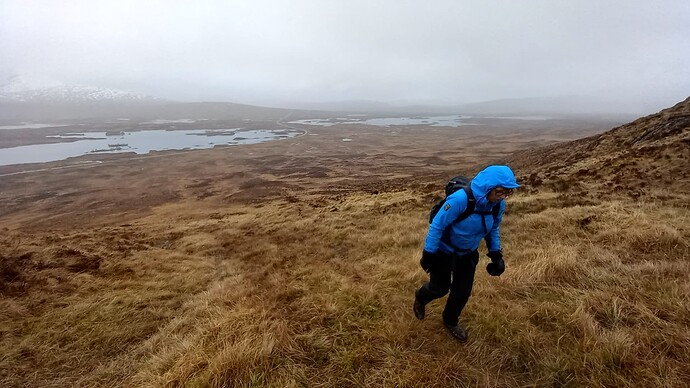 Missed you today on GM/WS-303. Not the best wx, so a quick 20m session, calling QRT when tbe pile-up died down.

John, Apologies - I meant to share the link for the yagi. 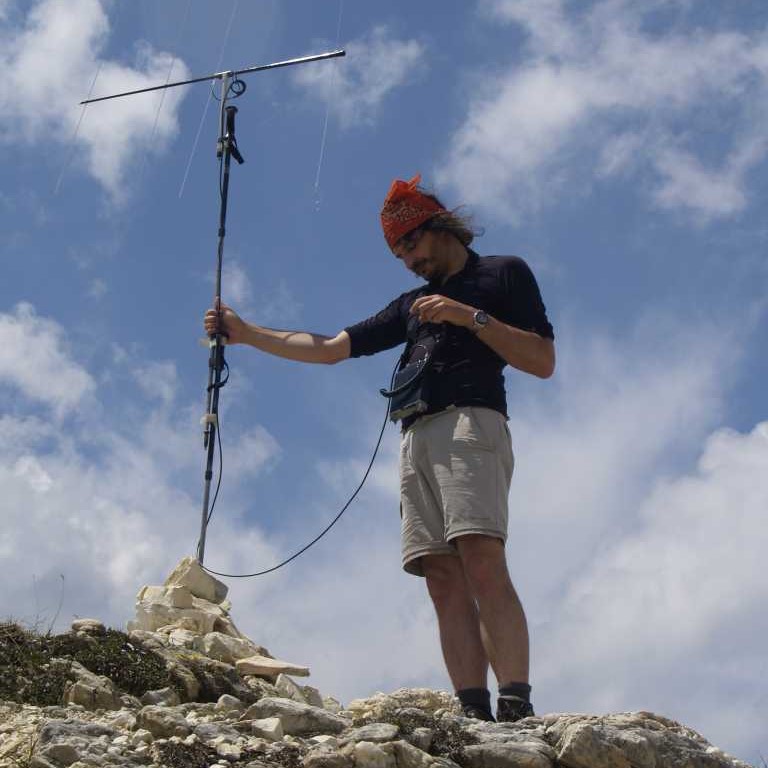 Introduction One of my favourite hobbies is to trek and climb the Alps and do ham activity wherever I reach. During the warmer seasons, I often reach high summits: what better place for some VHF activity? So far I worked with a 4-elements 1m long...