I’m hoping to go gallivanting about Galloway just after Easter and I’m seeking the opinions of those foolhardy types who have done these summits before.

I have Millfore & Craignell, Cairnsmore (Black Craig of Dee) & Fell of Fleet and either Lamachan Hill or Craiglee in my sights for the 3 days I’ll be away.

All these summits have quite fearsome reputations due to the nature of the ground. Tussocks, holes full of stinky water, boggy areas, deep heather and quite impressive crags. The effect is that computer assisted timings can be way out as progress is much slower than expected.

So do Fell of Fleet and Cairnsmore seem possible in the same day? They don’t look unreasonable with a bit of judicious parking choices. What about Craignell and Millfore? They may be a fair challenge. I know for sure that I haven’t got the legs for Lamachan and Craiglee on the same day. I’m saving the choice of which of those two till last when I have seen the ground up close.

Comments on the feasibility please. Likely to be 60/40/30m. Jack @GM4COX, I’ll throw the 13cms gear in the car but none of my summits look doable to your QTH as either Corserinne or Kirkland Hill kill the path. You’ll need to be up Dungavel or Tinto to give it a serious shot.

Hi Andy, I’ll have hunt for info tomorrow (Monday) afternoon to see what I can find or remember. A while since did most of them.

Morning Andy
I have just uploaded a circular GPX track for Craignell into the SMP which I completed with my XYL in May 2006. As this was 12 years ago the memory fades, but I cannot recall any major problems with the route taken. It might be a help for you.
On the same holiday we also activated Millfore with Jack GM4COX and his XYL Anne. We had a great day, again and I cannot recall any problems. Unfotunately I do not have a GPX track for this summit.

Good luck with the Easter tour and 73

Cairnsmore SS-170 - my advice is to get as close as you can with your vehicle and don’t walk from the car park like I did. A lay-by near to the Labyrinth is indicated on the 1:50000 OS, but it is not on the larger scale map. This one took me 2 hrs to reach the summit, but I reckon I could have knocked off at least 40 minutes by parking closer. Nice summit after a very tussocky slog. The forest had been partly felled (in 2007), but the former rides were extremely boggy. How this is 10+ years on, who knows?

Fell of Fleet SS-181 - the access to this has been improved by the felling of the trees - you can see where you are going! Paul and I parked at the end of the track at High Bridge (NX545751) and walked (2 hours), but you could be cheeky and drive the track to get closer. At least one car on a family outing (not 4WD) passed us while we were walking which made us think we had probably been over-cautious.

Craignell SS-178 - a pleasant walk partly on forestry tracks from parking spot (NX535752). Steep pull up to pleasant summit. Overall it took me 1 hr 40 mins, but Neil had worn me out the day previous!.

Craiglee SS-150 - Neil dragged me screaming to this one after Craignaw. Personally I wouldn’t want to combine it with Lamachen, but then I have experienced Lamachen!

Lamachen Hill SS-061 - this summit was almost my bete-noire! No doubt worse summits await me on some future outing. The walk is pleasant enough in itself, but it took us 3 hrs 15 mins and I was almost totally depleted when I arrived. This is the closest I have ever been to not bothering with an activation, but the fact that I would have had to go back spurred me on to get it activated.

Make of these comments what you will. The times are all fairly “lardy” and I would hope to better then nowadays, but who knows. No doubt Neil will tell you his timings were half mine, but he has always been a racing snake!

Thanks muchly. I’ve got assorted accepted parking places to minimise walking on tracks, a given when you are trying to bag a number of summits next to each other. If it was a normal day out, then the walk in and out is as much a part of the experience as climbing and operating. Doing Lochnagar without the massive trek in and out just isn’t doing Lochnagar. But for these, I’ll try to get as close as possible.

I’ll grab Phil’s GPX later and see what Neil reports. I reckon your Lamachan trip was before you had your pipes rodded through and you were probably well off form! Craignaw and Craiglee in one day does earn a “respect” from me having done Craignaw on it’s own.

…before you had your pipes rodded through and you were probably well off form!

I have never actually been “on form” - memories of excruciating pain doing cross country at school 50 years ago still haunt me! However, my MTBF has lengthened considerably post-stents. Just waiting to see whether the by-pass effects any further improvement, but I suspect it is a more a long term measure rather than an immediate upgrade.

I have emailed you most of what I have. Let me know if you got it ok as it was quite large.

You need one of these 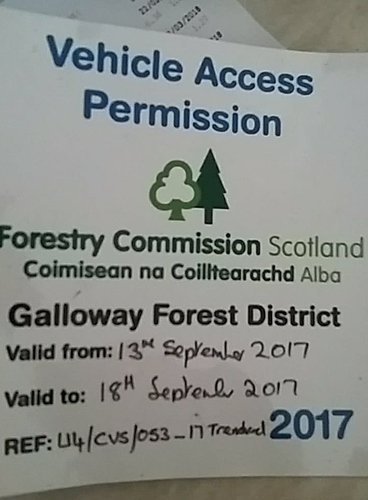 All arrived. I’ll look in more detail tomorrow at work and get the routes transferred on to my maps.

No doubt Neil will tell you his timings were half mine, but he has always been a racing snake!

Here’s the timings for the 6 summits but not all were direct.

Anyway best I could come up with just now but these were most done many moons ago the light is dimming. Trees will have grown etc.
If I wasn’t busy packing Cats suitcase and driving her to the airport this week so I can have a holiday, I would nip down and scout the route.
BTW I usually explore or study things on route when myself so times may be closer to a Gerald.

I manage to locate more photos on computer, been taken with Cats camera with wrong date! 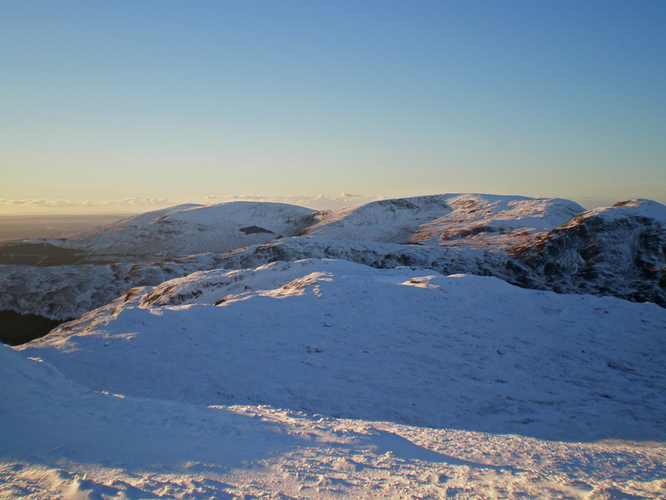 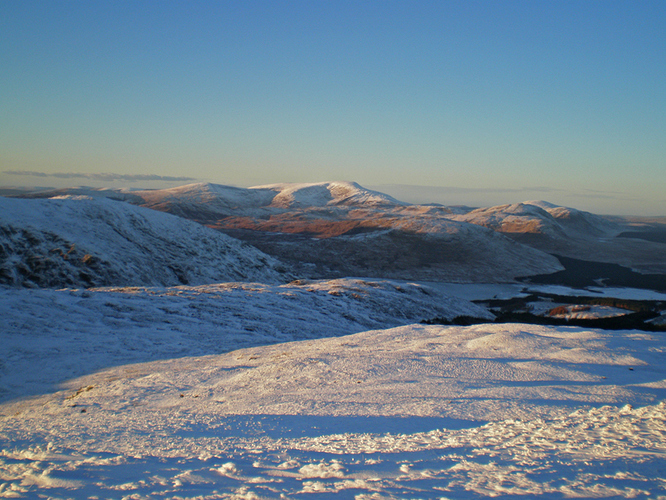 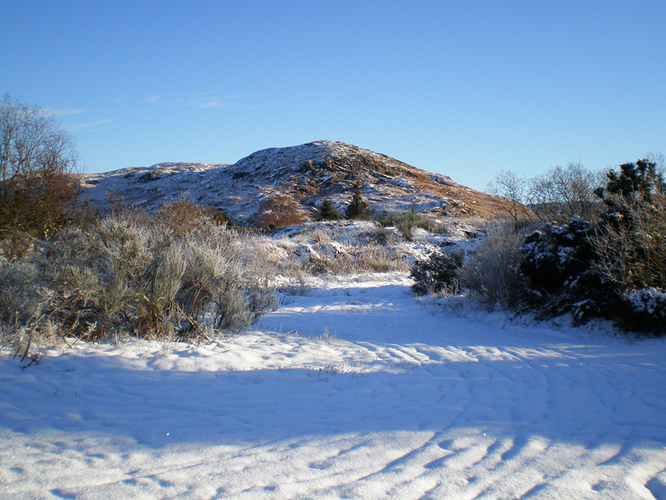 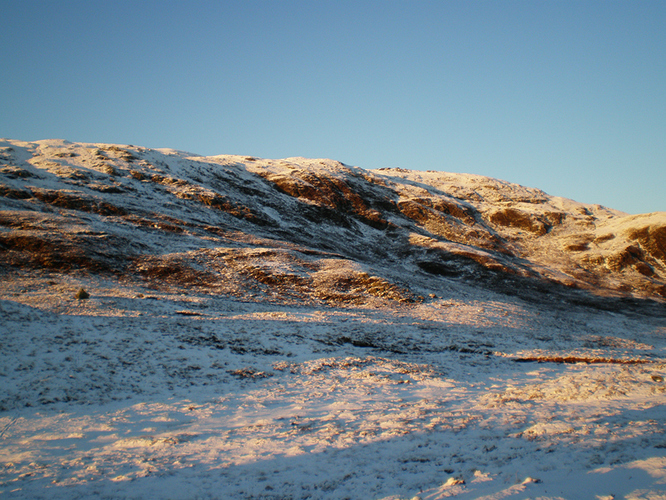 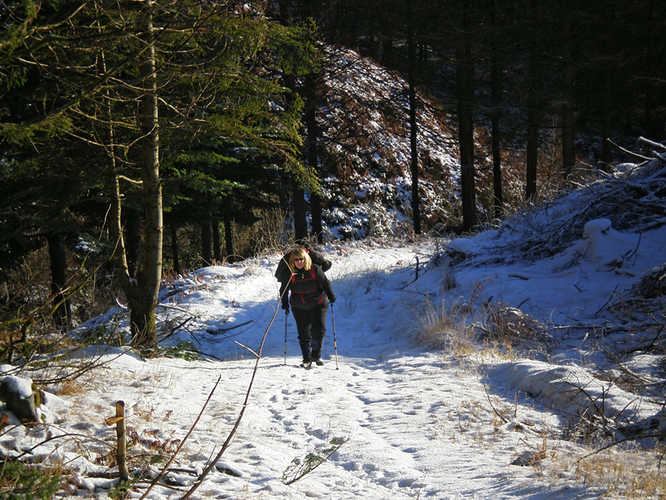 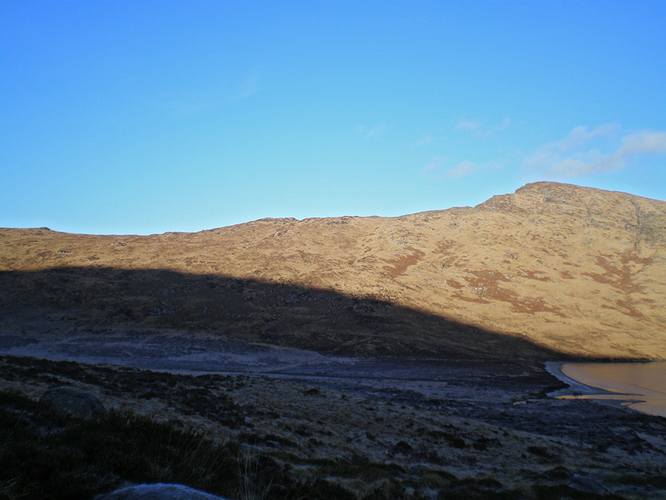 I asked about Vehicle Access Permission, but they were always “logging” in the areas I wanted to go to. Perhaps they just didn’t want a sassenach rallying around their tracks.

They have always been a bit like “Our roads for US to drive on, not Joe Public!”.
Now it even harder as a new man is in charge from about a year ago. We struggled and fought hard last year for several months to get the ticket shown above. 27 years with little trouble and bam! and new guy in town upsets the cart.
Even though our access helps to bring cash to the area every year he was still going to refuse access.
Just drive up anyway you may think, no. New dude started changing locks and erecting new gates on roads just so he could put a new lock on it.
We got our way in the end!

This time the WX looks a little better, alerts posted, accommodation booked, maps printed, batteries charged. I’ll have my mechanical steed (mountain bike) with me to help cover some of the forest tracks.

No plans for any uwave operations.

One down, delays on the way meant a late start. Despite practicing loading paniers for the bike, getting ready took forever. I meant to do Milltore but parked in the wrong place so it was Craignell instead.

Missed you unfortunately - put off my stride by attending a funeral which seemed to kibosh the whole day. Maybe catch you tomorrow if the propagation is okay. Have a safe trip to whichever ones you decide upon.

The best description of the propagation would be “variable”. Or rubbish

Hopefully you enjoyed Craignell. I certainly did.

Your crystal ball is excellent Andy. Your signals were spectacularly absent at my QTH on all band / mode combinations that you tried. I could hear people working you, but not a dit from you. Oh how darn annoying!