Summits:
HELVELLYN LD3 only on this report. VHF-QRP & HF-QRO
(For ROBINSON; BLENCATHRA; GRASMOOR G/LD’s: 21-8-9. SEE Separate Report via link above)

Intro:
The group were walking from Watendlath up to the east of Derwentwater today so I chose Helvellyn and another solo sortie.

The route was new to me then but I had done LD3 from Thirlmere in 2013 so I knew what to expect. The drive down from Keswick to the end of Thirlmere and the Wythburn C of E Church car park took under 20 minutes.

From there the Helvellyn shelter can be seen; provided it isn’t misty. If you carry a DAB radio, it cuts-in as you rise through 500m ASL at around NY 3329 1352 but today I was using an MP3 Player. A few feet of altitude are lost, just before the top junction.

I set up on the eastern edge and about 20m north of the trig point. I knew I would get a steady stream of passers-by there but when sitting just over the lip, I was at least out of the wind. This is steep ground so to avoid accidents, not least loosing my camera or other equipment down the 700 foot drop, I proceeded slowly and with great care. Unlike the stony side of the summit, the eastern lip has grass on cohesive gritty soil which is ideal for the mast and end supports. I would not be putting on 160m today so to be less obtrusive, the 80m link dipole was deployed as a shorter 40-20-15 & 10m band antenna. I carefully tied the coax to the mast base in case the rig should want to take a nose dive over the side. All this and at least four curious visitors so far, two of whom wanted me to act as their photographer, delayed the start by over 20 minutes. Roy G4SSH must have been wondering if I had fallen down the east face but by 11:07z I was at last ready.

At the end I was called by a strong station but couldn’t decipher the last part of the callsign. It was 6 dots run together and despite requests for repeats the same 6 dots were delivered always at a much faster speed than the prefix of G4L. In the end I entered it as G4LHI Peter so I hope I am right.

7.160 SSB (WAB NET) - 11 QSO’s:
It was Geoff G7BGA who ran me down the WAB net today and I worked nine fixed, one mobile and one portable station mostly with good signals. Many were interested in the nearby trig point which Brian G0BFJ told me was designated TP3724 for WAB purposes. For what it’s worth, I noted the number on its OS brass plate. It was S5948.

21.052 CW - 5 QSO’s:
Stopping short of a trip right up to 10 metres, I thought that certain chasers might benefit from a session on 15. In fact the band didn’t seem to be properly open. Had Roy G4SSH not spotted the two frequencies for me, I rather think I would have ended up with nothing on here. As it was N4EX; DM3AZ; OH3GZ; SV1RHL and EA5AER were rapidly logged making me more than happy. Again the power was set to 30 Watts by driving the amp with 2.5 Watts from the FT817ND. Incoming reports were 599 & 589 with a 549 from the USA and 559 from Greece.

Descent of LD3:
After such a fulfilling and enjoyable afternoon on one of England’s best, it was hard to leave the now deserted summit. The descent took 49 minutes to 16:34 which when added to the ascent time made just under 2 hours. I would say therefore, that the Thirlmere church route is the best one for Helvellyn unless of course you wish to add LD22; LD7 and LD10. The main reason is the well graded path which is never so steep that you have to keep stopping. This was in contrast to the day before on Grasmoor where the load carried and altitude gained were both similar but the distance was much less. Because of this, the gradient exceeded an optimal value making the time taken significantly longer.

Tonight we were booked in at the Pheasant Inn at 18:30 but the drive back to Keswick takes less than 20 minutes; another good reason to put on LD3 today. 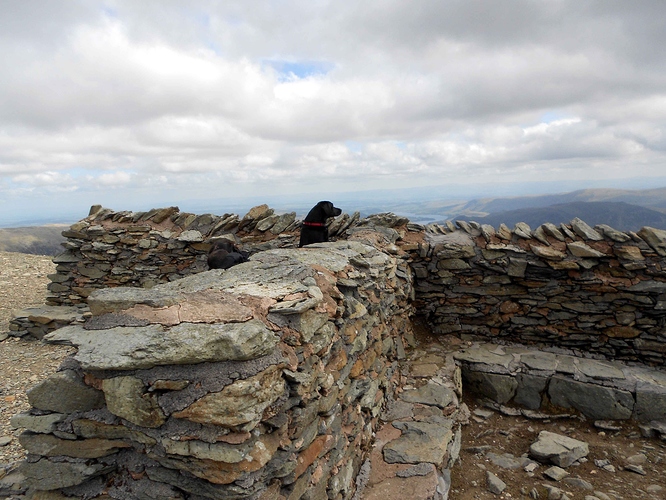 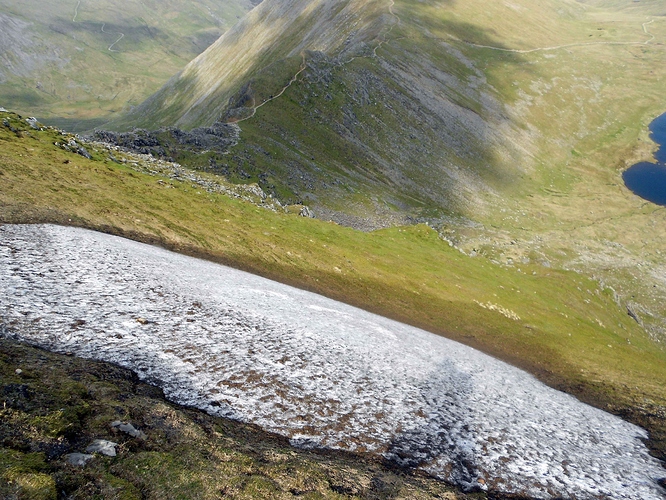 Above: LD3’s East face with last of snow. Swirral Edge below, 4th June. 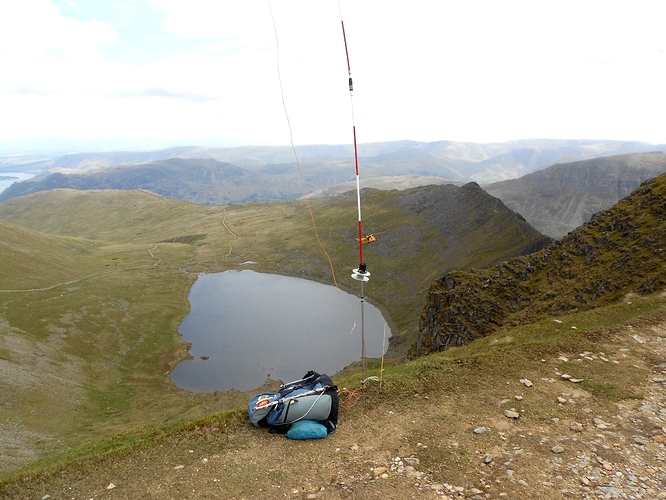 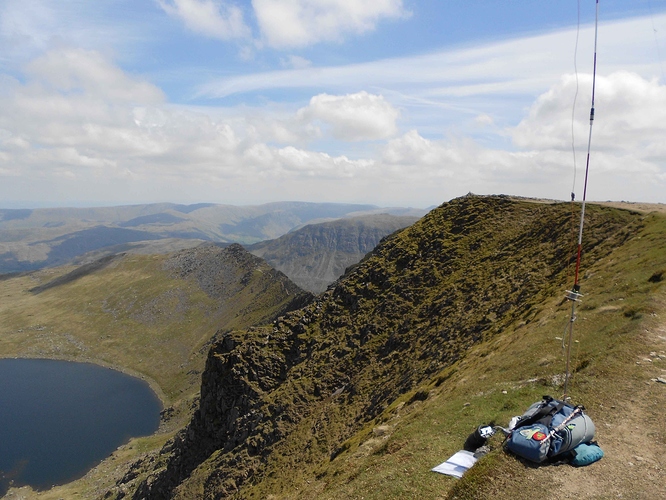