Would someone please clarify the activation zone of Kinder Scout?

I just want to check that my assumption that “anywhere on the plateaux” is a valid activation point. There are three trigpoints, of which Kinder Low is the highest and qualifies for the unofficial “mountain” category being over 2000 feet and many regard this as the “official” summit @ 633m. However, the OS record a highest point of 636m, north of Edale Head and there is a nice cairn at this point.

This Friday is dedicated to bell ringing in Knutsford (which is probably like memorising what an Amplitude Modulated signal looks like and concentrating on it for 3 hours!!!) while on Saturday I am planning an activation of Kinder Scout (WX DEPENDENT) with my 88 year old dad so I want to start from the top of the Snake Pass and activate from the northern trigpoint at SK076895: so as to keep the walk short and maximise the downhills.

PS. My first ascent of Kinder Scout was in 1968 at the age of 3 and I have re-visited it many times since. This, hopefully, will be my first time as an Amateur.

The summit is indeed the point marked as 636m on the OS map. You can activate from anywhere within a contour that is 25m below this. That is, 611m and above - providing that there is a route you could (theoretically) take from that activation point to the true summit that does not fall below 611m at any point.

Anyway, somewhere in the vicinity of that northern trig point will be absolutely fine.

" Make sure that you walk far enough to get well into the Activation Zone. I usually head well off the path and activate in the general area of the trig at SK076893."

This trig is the most northerly on the plateau and is at 624m. I am not sure that the ground doesn’t fall away more than 13m between the trig and the summit at 633m. Do you agree with him that Kinder Scout may be activated from here?
Regards
Dave 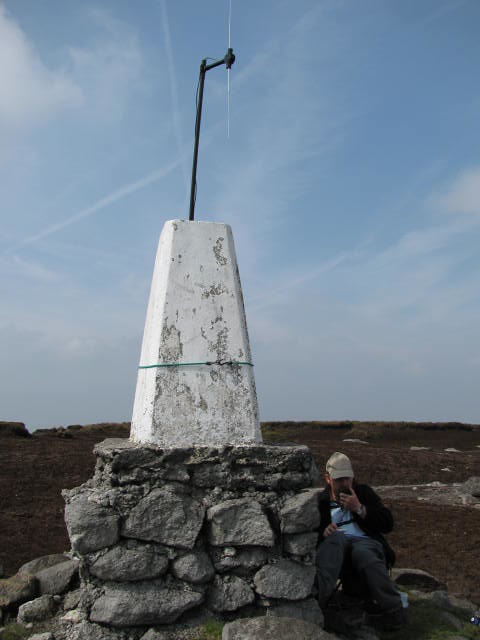 Many thanks for the two S2S from both you and your XYL, Jill M6JBZ, Dave.

Thank you everyone for your replies: most helpful.