With my first ever SOTA summit G/SC-003 under my belt, five days later I was back on the road again and this time heading over to The Quantocks, Somerset to activate the 2nd highest summit G/SC-002 Wills Neck.

Arriving via Bridgwater, we headed to Triscombe Stone Car Park which is the higher of the two car-parks. It’s located north of the trig and, at about +320m, there was only another 66m to climb up. We headed through the gates and from this starting point the 15-20mins walk was quite an easy one along well beaten paths. Some horses were encountered along the way but they didn’t seem interested in us at all. 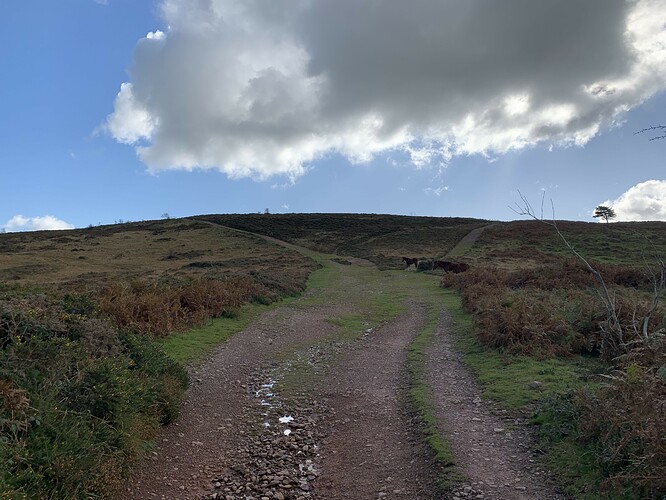 At 386m, the view from up here was stunning on this crisp, bright and cloudy day.

However, looking north, the view is dominated by the Hinkley Power Station construction site which has certainly spread outwards since G4OBK’s pic taken back in Oct ‘14. 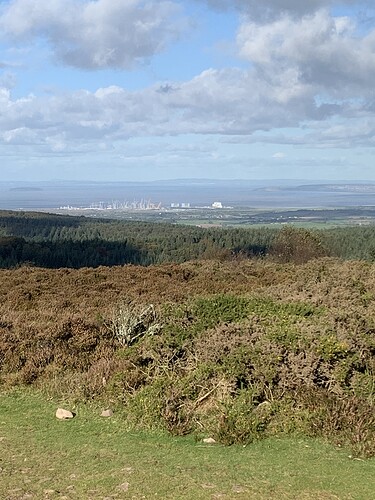 Initially, there weren’t many people around at all so I set up at the trig point. Later on, this proved to be a bit of a mistake as groups of school kids were arriving every now and then as they were taking part in some sort of orienteering exercise. There is plenty of adjacent flat land so if I do make it back to this summit again I will set up some distance away from the trig point. 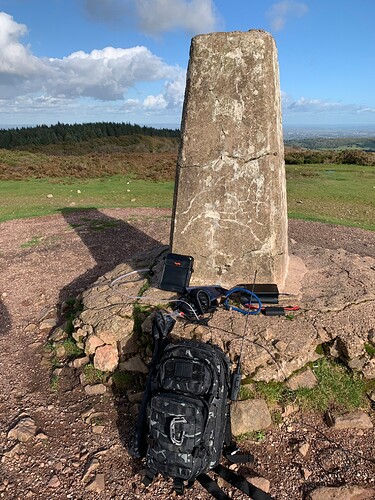 Working 2m FM once again with my FT-817 / Slim Jim / Zippy batt set up, I seemed to work well in a northerly direction i.e. along and across the Bristol Channel and managed seven QSOs with one being further east, a SOTA 2 HETA with M0JOW, using a handheld, located on Glastonbury Tor.

Again, this was a relatively easy summit to activate and my sights were next set on Somerset’s highest, Dunkery Beacon G/SC-001. 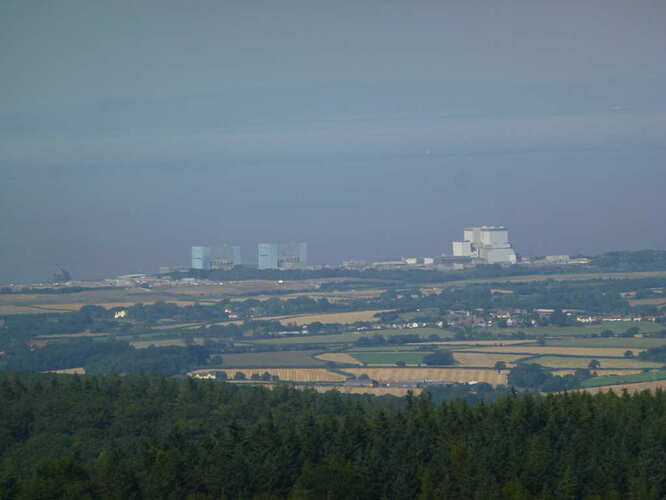 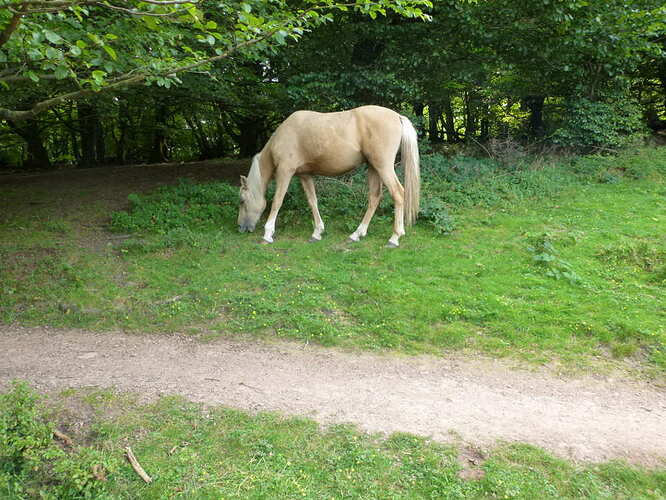 It’s a nice summit and it was seriously busy when I did it mid-week in August (school holidays).

Hi Lea. Another great activation report with photos. Thanks for sharing.

Thanks Geoff… hope to catch you on air one day!

Wow… the Hinckley site has ‘grown’ massively over the last four years. Plus, encountering some wildlife at these summits does add to the whole experience.

Hi Lea, yes, that would be great to catch you on air for sure!

Many thanks for another super report Lea. It was fairly busy when I was there, so I wasn’t tempted to use the trig to support my pole, but set up nearby as i was running 2m and 70cm. I agree with Andy in that it is a pleasant summit and I aim to get back there one day… maybe when I wind down my SOTA career and make more use of my second callsign.